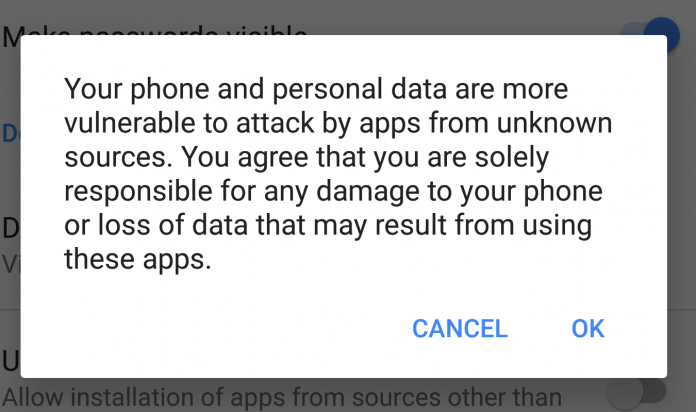 Android is an open source operating system. This sometimes makes it a little tough to determine the fake apps from the genuine ones. There are over two million games and apps on the official app store, third-party app stores and on sites as APK files. In such a situation, it is quite important to exercise caution in choosing an app and its compatibility with your device. We present the tips to safely download games to your Android device in this post.

Tips to safely download games to your Android device

The Android games have ceased to be what they used to be in the past. With the screen sizes of the devices increasing, they have now been equivalent the console games in their portfolio and capabilities. So much so that days are not far away that we will be using the best gaming mouse for playing the games on an Android.

This popularity has given rise to duplicates and look-alikes as well. There are several fake apps that consist of malware or spyware. From that perspective, following a few precautions while downloading games would be advisable.

Get Your Apps from Reliable Sources

Apart from Google Play Store, the only reliable option from third-party sources would be Amazon App store. Amazon has been one of the most accountable app stores since long.

Android being an open source operating system, it has you several independent third-party app stores. Please note that not all these can be genuine. In fact, we would advise you against using any of these app stores for downloading games onto your device.

You should be beware of these third-party app stores. More so when the app store offers you paid apps for free. Maybe the apps available through the store have malware. Ensure caution if you really have to use any of those app stores.

Sideloading refers to installing apps and games on your Android using other options than the official Google Play Store. The option is disabled by default; however, enabling it is quite easy. You just need to go into the Settings menu on your Android device, locate Unknown Sources under the Security tab and toggle the switch. Side loading may be necessary you d not have a genuine application on Google Play Store.

Be Aware of Copycats

Copycats galore when it comes to Android apps. When an app or game goes popular, several non-genuine apps are uploaded to the app stores masquerading as the original ones. Detecting the copycats is an essential exercise you need to take care of. It should be noted that the reputed app stores like Google Play Store and Amazon App store too sometimes fail to detect such apps. The recent case where a lookalike of WhatsApp surfaced on Google Play Store.

Android has a unique system of granting permission to your apps and games so that they would be able to access certain hardware on your device. In fact, this security feature can be used against the rogue apps and games if you are careful enough. The game developer may have their own reasons cited for a particular permission, but make sure the permission is actually needed. If you think it is not, do not grant permission for that particular access.

For instance, a game may ask for permission for making calls or accessing messages. If you are sure that nothing in the game has anything to do with the messaging or phone feature – do not grant permission for this access. If you are on Android Marshmallow or above, you can use selective approach while granting permissions to your apps.

Well, those tips should be helpful enough in staying safe from the onslaught of illegal or rogue apps and games on your Android. Never ever install a game that claims to be extra beneficial. Too good may not be always true. Avoid those sources that offer you paid apps and games for free.

Being an open source, Android has its own set of advantages and disadvantages. You need to be extra careful in safely downloading and installing the games on your device. Do follow the above tips and stay safe!

How to install apps on your Android from the web