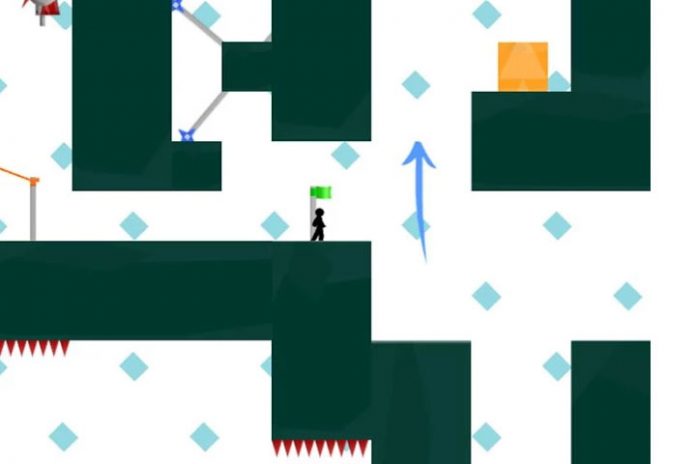 Vex 3 is an incredibly popular html5 web action game. You can play Vex 3 online on your computer for free. All you need is a computer or mobile phone with internet connected.
In today’s review though, we’ll be talking about the mobile version of Vex 3, specifically the Android version.

In this mobile version, everything is the same as the original, however the developers (Yepi) have cleverly made some tweaks in how players interact with the smartphone screen to make it easier and more comfortable for players when approaching the game. 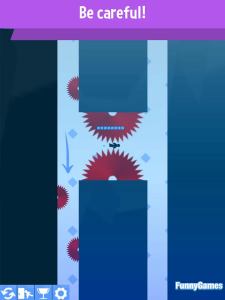 The first thing I want to talk to you about is this game’s visual design. The game has incredibly simplistic visuals which might make some people think that the game is boring. I can tell you one thing however, that they are wrong. Vex 3’s simplistic visual design in and of itself is what makes players feel comfortable and relaxing when playing the game. It doesn’t require your computer to be powerful nor does it take up too much memory (44.86MB). This has helped to make the game become popular with gamers.

The second thing I want to talk about is its gameplay, more specifically though, the challenges within the game. They’re incredibly hard, requiring me to really pay attention and be absolutely careful in order to beat them (the challenges have been made anew and are different them before). 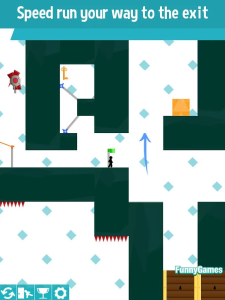 You only need to lose focus for one second and you’ll immediately either be cut to shreds by the saw blades or be squashed by the obstacles. That’s where the difficulty comes from, however that also gives me great joy whenever I overcome many of the game’s challenges and safely reach the end of the stage. That’s when I’m really happy and think to myself that “the game is hard, but I’ve finally managed to beat it”.

I also really like how the game developers support players in many ways, like giving you checkpoints for example. It helps to relieve pressure from the player, making it so they can focus on reaching these mini save points.

The game is genuinely hard, however by adding the checkpoints, the developers made it easier not by reducing the difficulty of the obstacles and challenges, but by reducing the pressure of going the entire way through for players. That is a really good design feature of this game. There are also other things for you to do through the achievement system and the leaderboard which lets you where you are compared to the top players of the game. 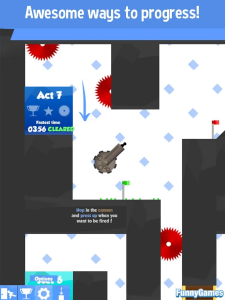 The final thing I want to talk about is the interaction between players and their smartphones. Yepi has handled this very well. Firstly, the game was design to be played while holding the phone vertically, very convenient for players to experience the game and have a more overall view. Next, it gives us digital buttons to control our characters with, and these buttons are designed to be big but see-through so players can both easily tap the buttons and still see the map clearly. Thirdly, the game allows players to tap on the screen to see the obstacles and terrains that are further away from the character which helps players know ahead of time the obstacles coming up. And finally, the game lets players adjust the volume, effect volume, particle limit as well as switch to old control, background parallax, blend mode…

There is only 1 thing that I don’t really like and that is the ads that appear when you start the game. However I do understand that the developers did this because they need a source of income so that they can continue to create more new and high-quality products.

If you’re looking for a simple recreation game but want a real challenge then I think you should play Vex 3 (there are also other games in the series like Vex, Vex 2…). The game is easy to play and quite appealing. I myself have spent hours on end playing the game right after downloading it to my phone.

You can also challenge your friends to play this game with you and see who can clear through the most challenges in the game. I guarantee that you’ll have many laughs and many enjoyable moments. So what are you waiting for, download Vex 3 now and see for yourself if what I’m saying is true.