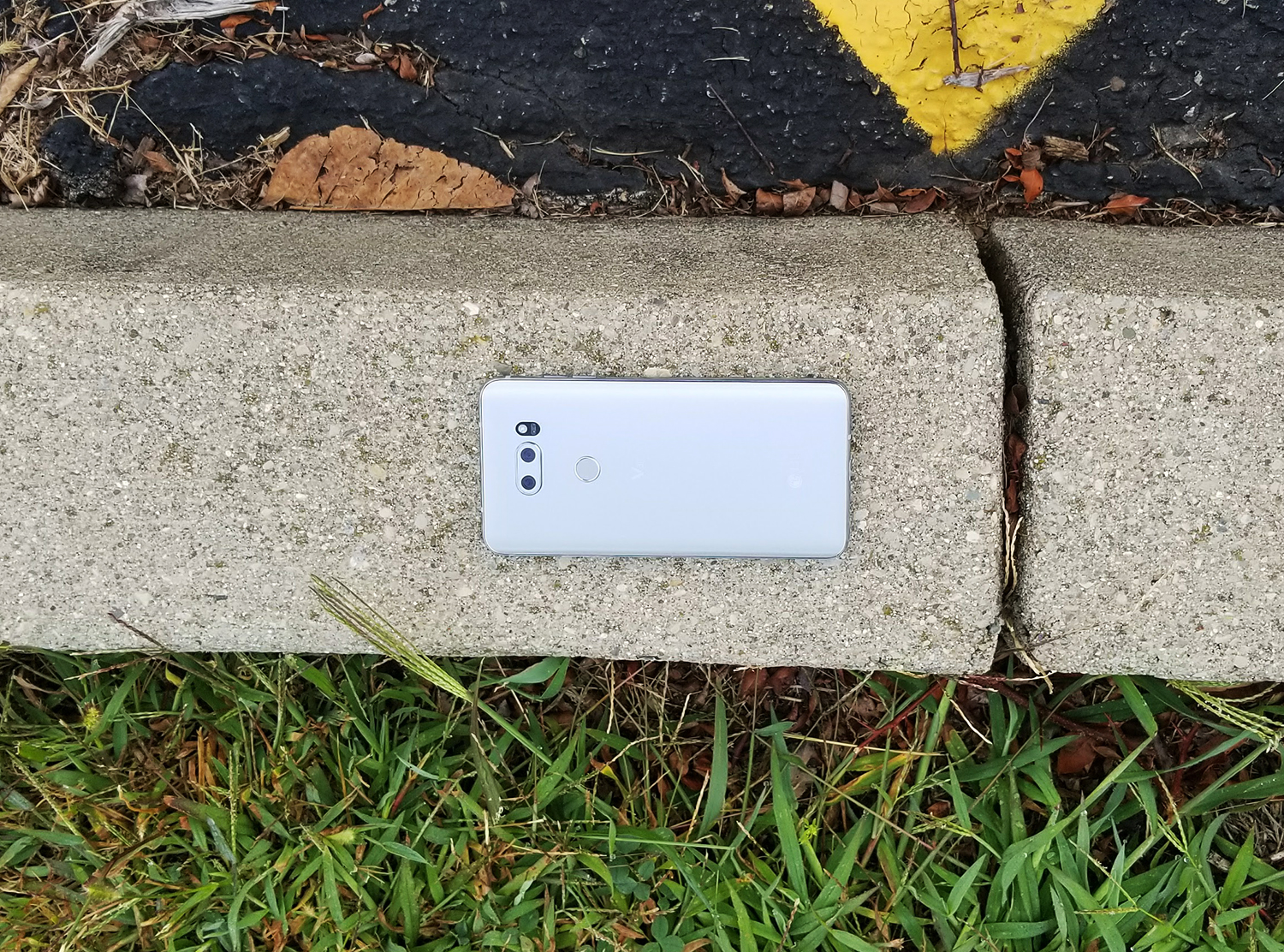 LG is having a killer year. After the disaster that was the LG G5, in the past 12 months, LG has released two of the best phones on the market today, the V20 and G6. Now, we’re getting our first hands on to the LG V30, the third phone in a row to blow us away.

Just a disclaimer here, we haven’t had the device for very long (just about 24 hours) and this isn’t a final review unit. LG was gracious enough to send over a preview unit. Our full review will be conducted with a retail unit so that we’re working on the exact same hardware and software that you may walk into a carrier store and pick up. 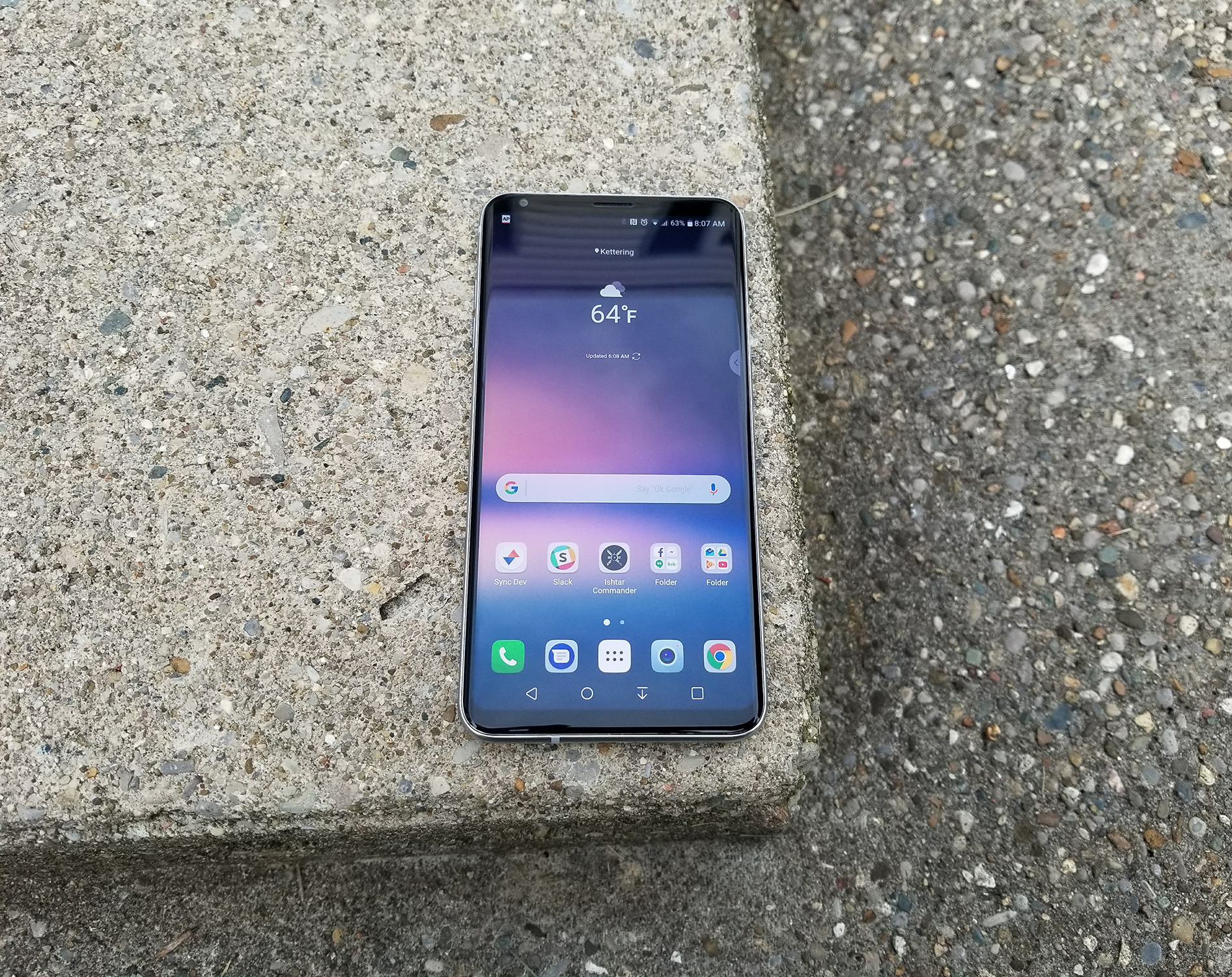 While it isn’t using all the same premium materials that the Samsung Galaxy S8 is using, it still feels amazing in the hand. The back of our preview unit is running non-final hardware so we don’t get that premium Gorilla Glass 5 backing that retail units will have, but to be honest, it still feels pretty damn good. I’m interested to see how the LG V30’s retail unit incorporates the glass back because this is already a really nice phone without it.

The V30, much like the G6 and Galaxy lineup is almost entirely display. The 6-inch display retains the 2:1 aspect ratio of the LG G6 but ditches the IPS LCD technology for a new FullVision OLED display. One of the reasons that Samsung has continued its dominance over LG is the display quality and technology. Finally, we see LG jump on board the (far superior) OLED bandwagon. The V30’s display looks amazing in our testing so far, but we’ll definitely need more time with it and side by side the Galaxy S8 to determine if LG’s display stands up to the current champ.

What we do know, however, is that the screen is massive, bright, and gorgeous. The 82% screen to body ratio is among the highest out there and makes the V30 a legitimate contender for one-handed use even though it has a massive 6-inch display. 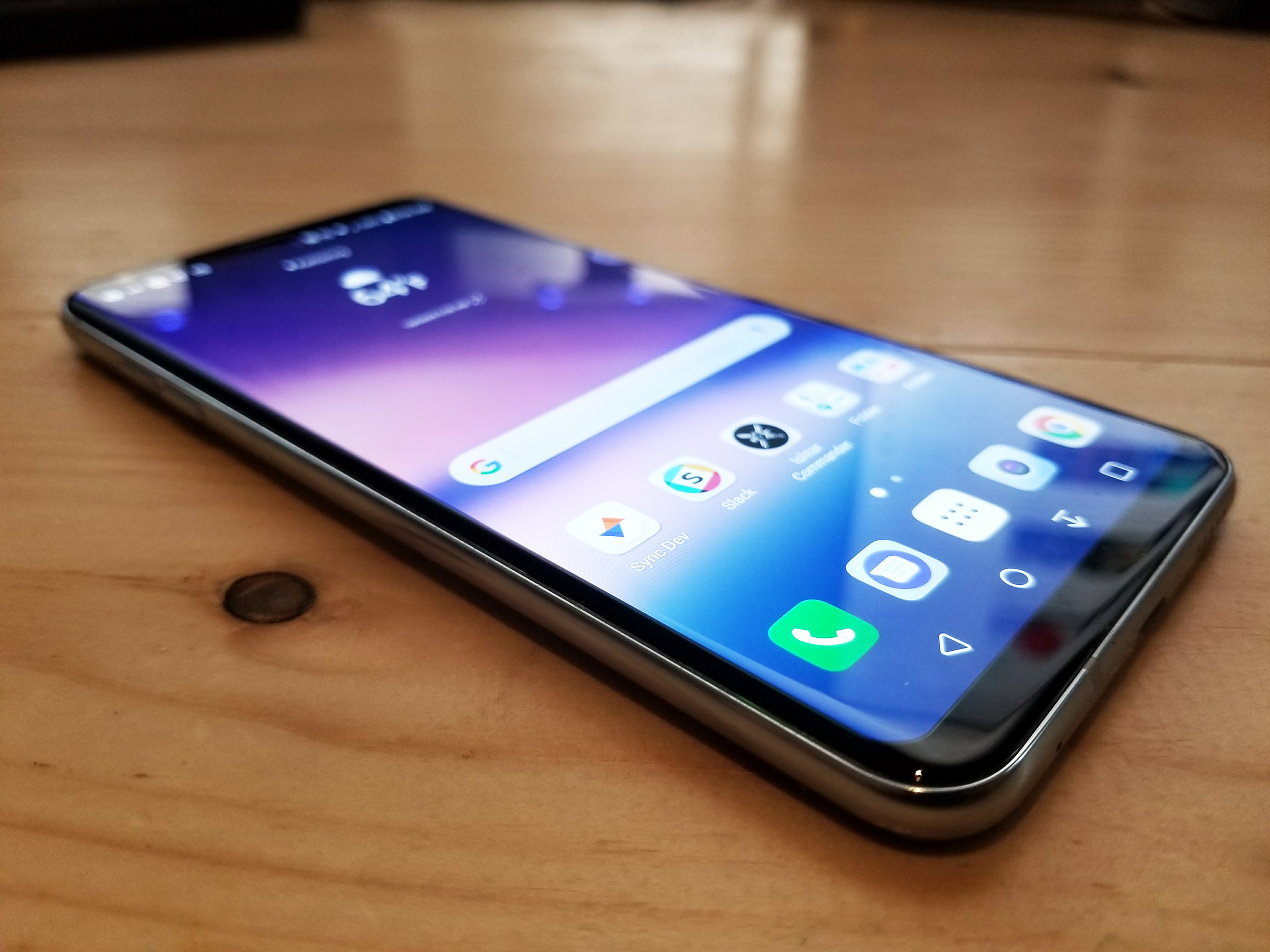 I was honestly surprised to find out that the G6 had a 6-inch display because the device is much easier to hold and use than the Samsung Galaxy S8, which has a smaller 5.8-inch display. I believe the reason for this the lack of a dual-curved display. This gives you actual sides of the phone to hold onto and makes it a lot easier to handle.

Due to not having final hardware, we can’t comment too much on how thin and light our device is. Realistically though, even with a heavier, thicker panel of glass on the rear of the device, this still going to feel like one of the thinnest and lightest on the market.

One thing that the V30 is definitely lacking, intentionally so, is the ticker display that both the V10 and V20 have had. LG dropped the display for a Floating Bar within the software in lieu of that hardware display. I was never a big fan of the ticker display so I’m perfectly fine with this. I felt it made a huge phone even bigger for almost no benefit. I’m going to have to play with the floating bar a little bit more, but it’s definitely a better solution than the ticker display in my opinion. 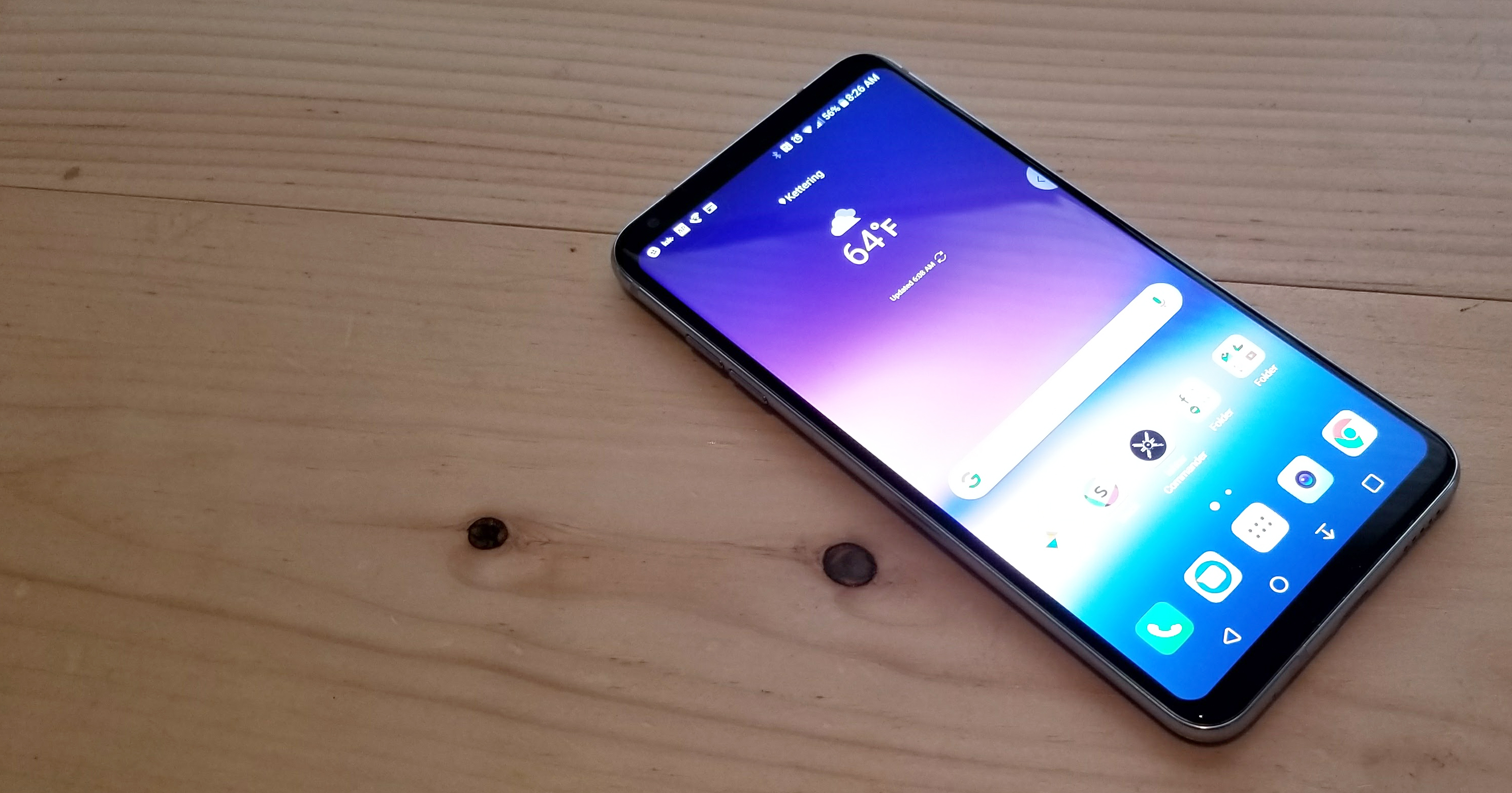 The V30 brings back the IP68 rating of the G6 and compliance with the MIL-STD-810G drop standard that the V10 and V20 had. That’s extremely impressive considering that the V30 is more a “glass sandwich” than the rugged bodies of its forefathers. I’ve yet to drop the V30 (and hopefully I don’t anytime soon) but based on how solid the device feels in hand, I have no doubt that it’s a durable device. I do worry about having that much exposed glass, but we’ll have to see how the final retail unit stands up to drop and fall tests to truly know.

Inside the device, you’ll find a Snapdragon 835 with 4GB of RAM and 64GB of storage that can be expanded via a microSD card. The lack of a RAM bump from the G6 feels a bit weird and I feel like it’s going to cost LG as it goes up against the Note 8 that has 6GB of RAM. In my extremely limited time with the device, it has run smoothly almost the entire time I’ve been using it. The only issue I’ve had is the homescreen redrawing once or twice.

The LG V30 comes out of the box with Android Nougat with its skin on top of it. Last year we saw the V20 launch with the newest version of Google’s software so I was hoping that the V30 would shock us and come with Oreo, but alas, it does not. We’ll see how long the software upgrade takes since Oreo has just rolled out to Pixel devices within the last few weeks. Hopefully, we see it by the end of the year.

Not much has changed in the software from the LG G6. It feels pretty familiar and still comes default with a launcher that doesn’t have an app drawer. It’s honestly baffling why LG does this. It includes a version of its launcher with an app drawer so it recognizes that customers want that, but doesn’t enable it by default. I don’t get it. Please cut it out, LG. 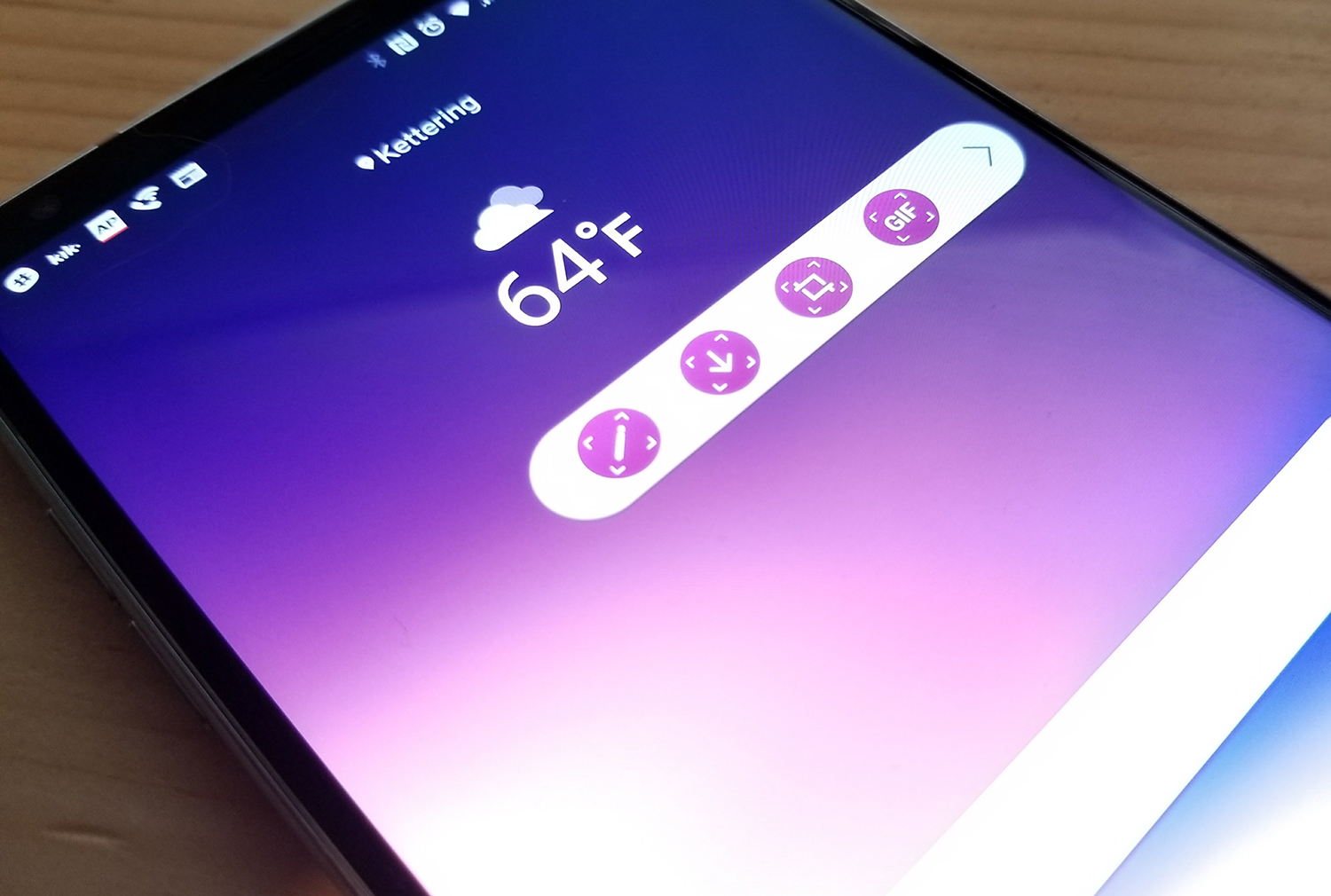 As I mentioned before, the second ticker display has been dropped for a software solution that LG is calling the “floating bar”. It comes in the way of a small chip on the right side of the screen that you can tap to display or hold to move around wherever you want. It houses shortcuts to actions like creating a new memo, taking a selfie, capturing the screen to create a gif, controlling your music, or accessing some quick contacts.

Even though I own a Samsung Galaxy S8 Plus, I’ve never really loved the edge features which is why I’m so surprised that I like the floating bar so much. It doesn’t do anything revolutionary and it only saves me one or two taps, but… I don’t know how to put my finger on it. It’s just really convenient and doesn’t get in the way. I wouldn’t mind seeing quick access to some user-selected apps in there, but that’s my only qualm so far. 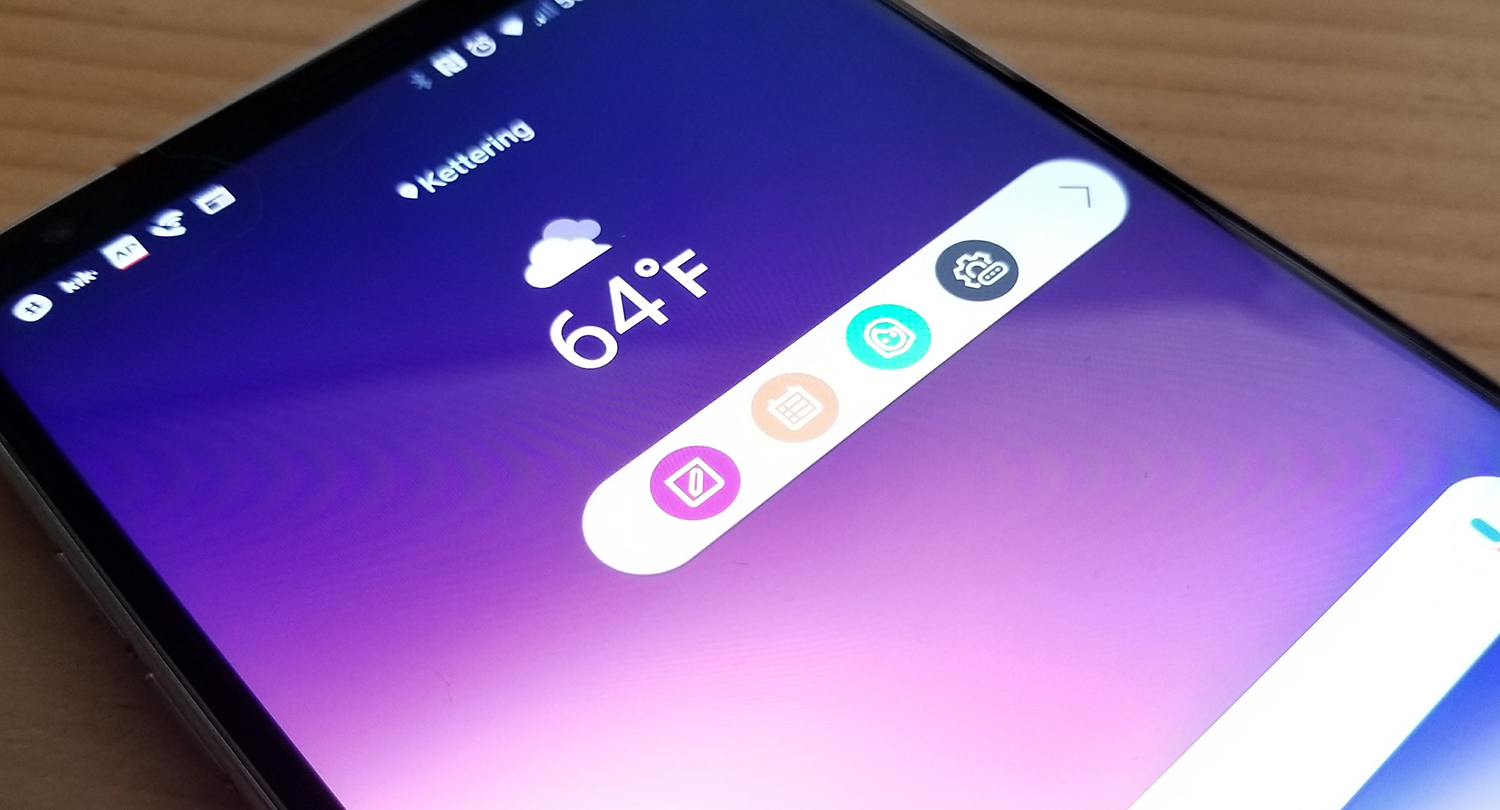 Ths Always-On Display makes a comeback with some improved functionality. First off, it lets you put a picture of pizza on there, so yeah, there’s that. But, also you can scroll through some options at the top of the display too to control things like your music selections and some quick toggles. I like how LG went about it but wonder if it’s an easier option than just turning your display on fully or unlocking your device. Kudos for putting it in though.

LG’s skin will feel familiar if you’ve used any of its devices in the past few years. I’ve never been a huge fan of its skin, but it does have some nice features like the ability to customize your navigation buttons at the bottom of the screen. I love being able to hit a drop down button to lower the notification shade instead of reaching the top of the display. I like the new floating bar and the rest we can fix with themes and third-party launchers for the most part. 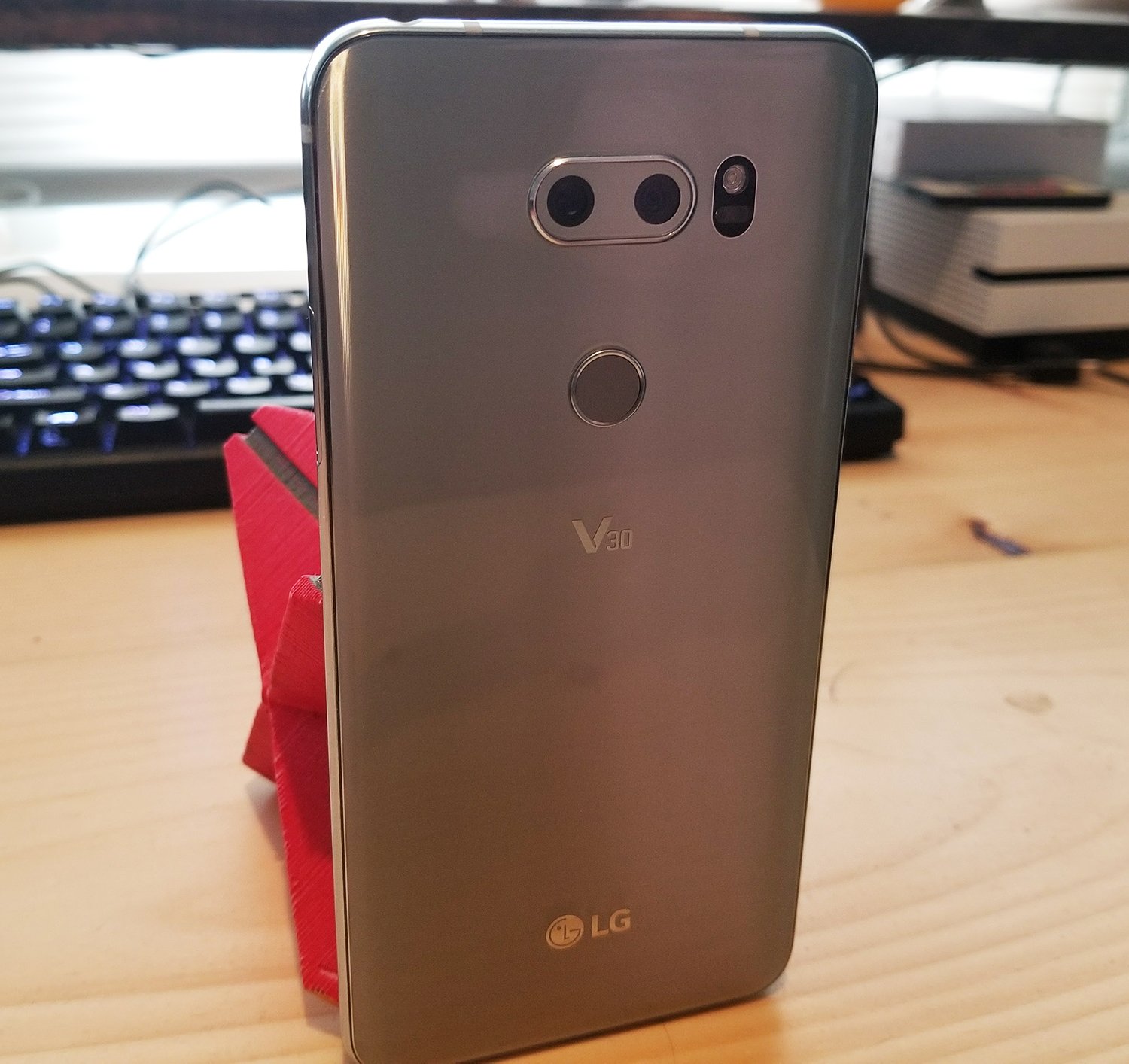 There’s a lot we’ve not been able to cover yet due to the limited amount of time and lack of final hardware and software. But, that doesn’t stop me from being very excited about the V30. I’ve seen some definite steps forward here, even compared to the G6 which came out just six short months ago.

LG is making a massive push on the media front and aims to make the V30 a multimedia powerhouse. It has included a Quad-DAC once again and support for Bluetooth 5.0 and AptX-HD which means no matter how you’re listening to audio from the V30, it’ll sound great. The OLED display looks fantastic when viewing media with the deep blacks and bright colors that it displays. 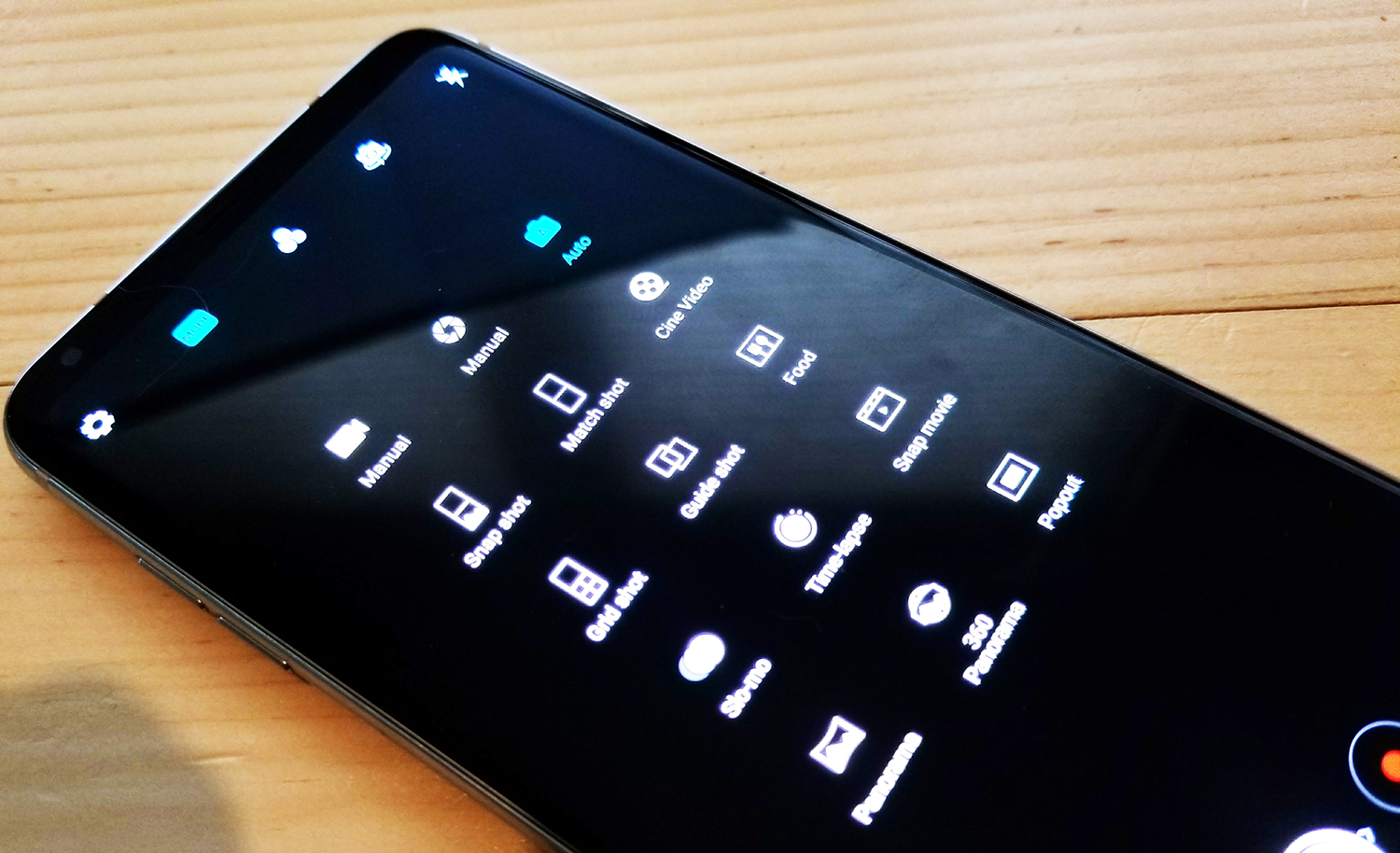 But, it’s not just consuming media that the V30 does well. It’s creating it too. LG has packed in a brand new f/1.6 lens and an absolute TON of software features into both photo and video editing to make the dream of shooting and editing a movie on your phone closer and closer. I’m really excited to play with these features and we’ll be sure to bring you our thoughts in the full review that we should have up soon.

So, bottom line, what do I think? This is a fast, beautiful, powerhouse of a phone that fixed the few faults of the LG G6. It’s going to be a contender for phone of the year unless Google really blows our socks off with the Pixel 2.