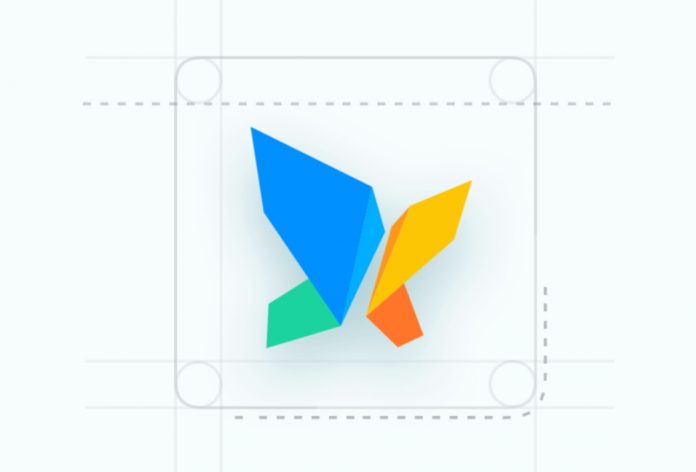 With the countless number of launchers and lock screen replacements in the Play Store, it can be a daunting task to find one that fits your personality. In this review, we’re taking a look at a launcher and lock screen combo that I had never heard of before – 91 Launcher and 91 Locker. Will these be the next apps to adorn your smartphone? Let’s find out.

Setup for these apps is mostly the standard stuff for all launchers and lock screen apps. After downloading them from the Play Store, you need to select 91 Launcher as your default launcher, and that is the extent of the setup for that app. 91 Locker is slightly more involved because you have to open the app and enable it along with allowing it access to things like notifications and your camera. If you only want 91 Locker to be your lock screen, you will need to disable the default lock screen on your phone, too. 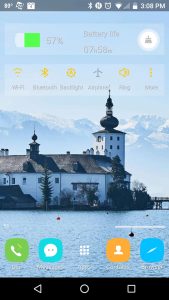 For the last several days, I have been using 91 Launcher and 91 Locker as my only launcher and lock screen on my phone. My experience with them has been mixed so let’s take a look at 91 Launcher first. Unlike other big name launchers, 91 Launcher does not try to make everything look like stock Android but instead relies on a theme system that allows you to change the entire look of your phone with one click. Pressing and holding anywhere on the home screen will bring up a menu with several personalization options. There are normal options here for adding apps and widgets to the home screen, but others such as Effects, Quick Beauty, and Personality might not be recognizable at first glance.

Effects contains all of your options for changing transitions between homescreen pages as well as folders and the app drawer. Along with normal transitions, you can also set animations for finger presses on the homescreen. While I personally was not a fan of the effects, I imagine there are some who would love to have fireworks explode on the screens everywhere they tapped. Quick Beauty is the theme selection page where you can choose between themes you have downloaded or search the fairly large database for any theme you like. I would have liked to see a theme that imitates stock Android, but for those looking to add personal flair to their phone, the themes available are great. Personalization also brings you to the themes menu, and I wonder why they would have two buttons leading to essentially the same app. 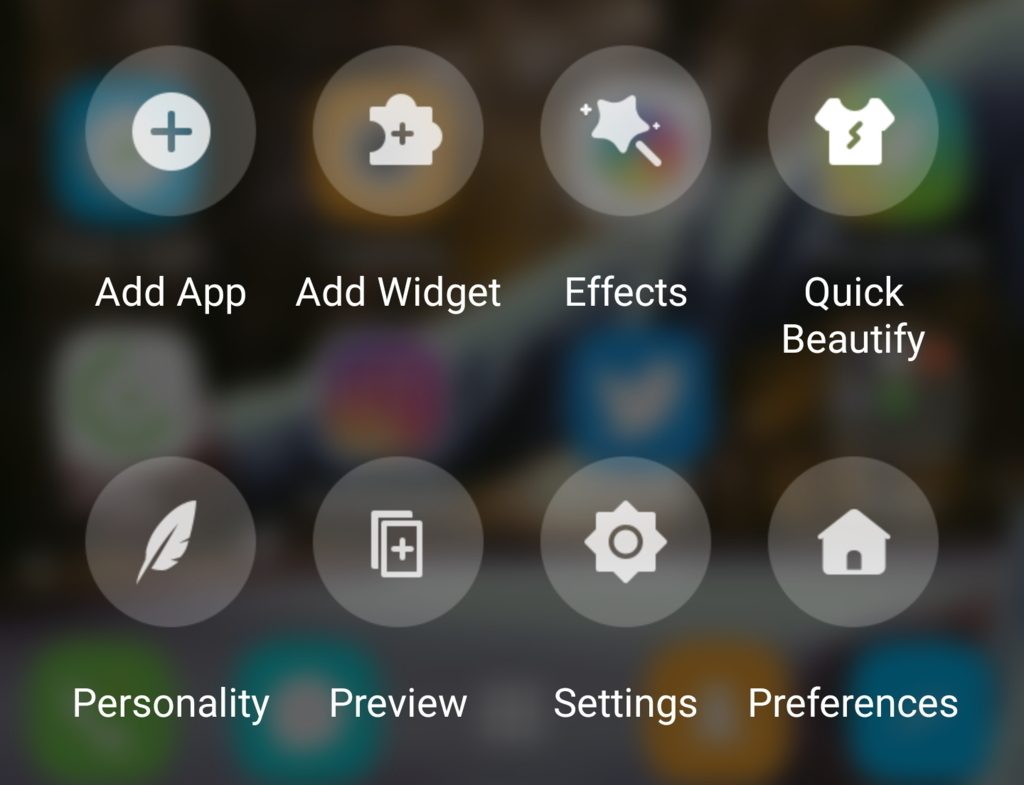 Finally, you have a Settings button that I assumed would take you into the settings for the app, but it actually takes you into a phone settings menu but not stock one on your phone. You’ll see options for WiFi, Bluetooth, and Battery but tapping on any of them will take you to the stock page for that setting on your phone. If you are looking for the settings of the app itself, you need to tap on Preferences instead.

In the Preferences app, you have the normal swath of options such as desktop layout, wallpaper settings, and icon settings, but none of them are as full featured as I have seen from other apps. Just as an example, while you can change the icon size, you do not have the option to apply icon packs. Quick Screen Search is a page at the very left of your homescreens that seems to function as nothing more than ad space. While I assumed it would be more of a BlinkFeed style selection of news, it actually a single search bar with some website links and app recommendations. Thankfully, it can be turned off.

There are a few gesture options in the Preferences menu, and I would recommend taking a look at them because the presets are not great. Swiping up will bring you to the search option that allows you to search through your apps and contacts but at the expense of viewing more ads. The same can be said for the default app that opens when you swipe down. Dubbed “91 Know,” this pull-down shade seeks to be a news aggregation page, but with no way to select news sources and a plethora of ads among the stories, it got in the way more than it helped. 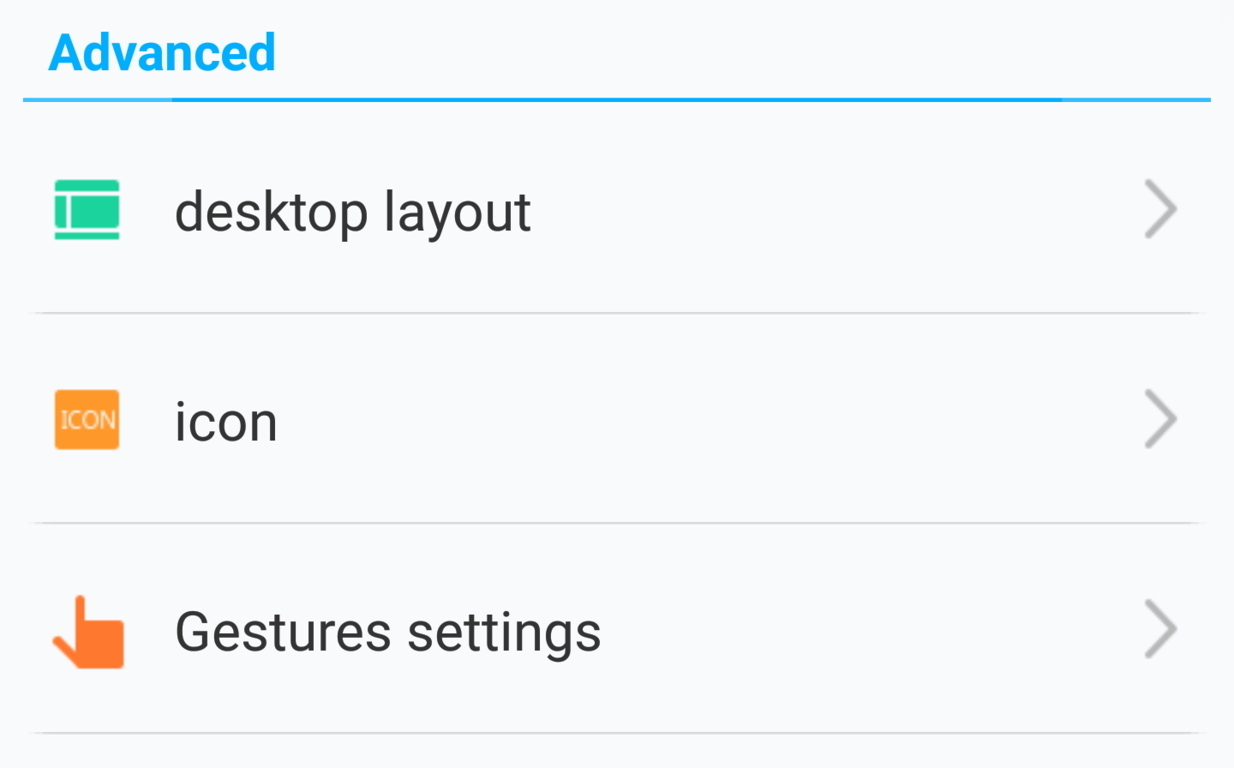 My biggest complaint with 91 Launcher can be summed up in a single word – inconsistency. I first noticed this when the Settings button redirected to a separate settings app but clicking on a setting would open the stock option. Why not just have the Settings button redirect to the stock settings app on your phone? Also for most things, tapping the home button on your phone will take you back to the homescreen, but when you are on the Quick Screen Search page or in a folder, you have to hit the back button to return to the homescreen instead. Inside the Preferences menu, some options were labeled with capital letters while others were fully lowercase.

Finally, the app itself would have to randomly reload. I cannot count the times when I was on my homescreen and everything would go blank only to have the icons pop back up one at a time. About every-other-time I opened the app drawer, it would be blank for a second or two while the apps loaded. I didn’t think much of this at first, but when it was still happening a week later, I began to get annoyed. 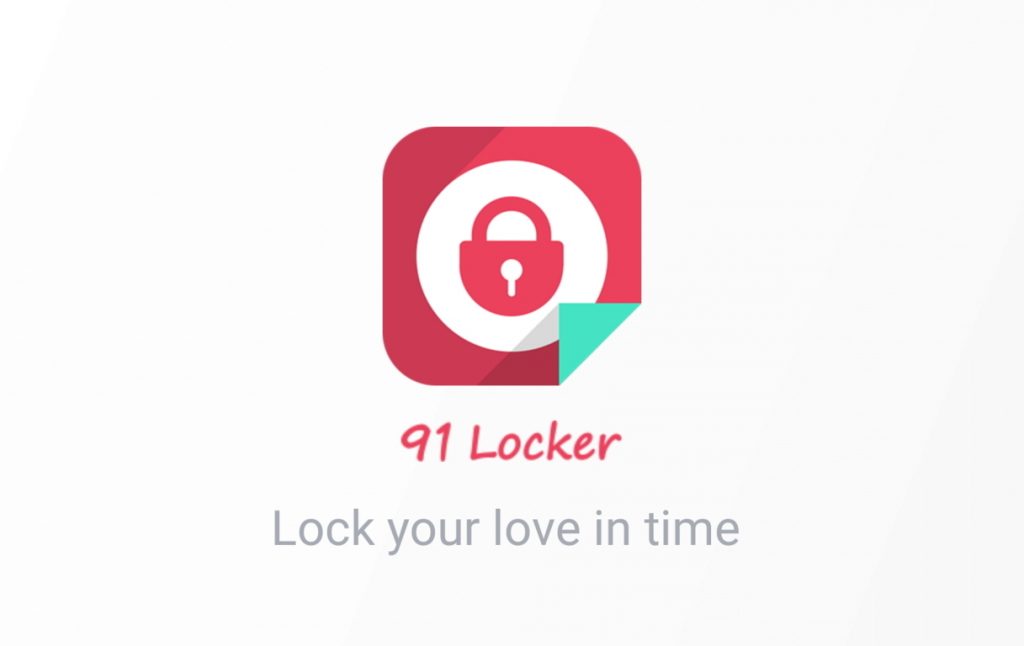 91 Locker is a much simpler app and replaces your lock screen with a more customizable option. In order for the app to work as best as possible, you need to give it access to your notifications so they can be displayed on the lock screen as well as your camera so you can take advantage of the quick launch feature. In the app itself, you can select from a ton of different lock screen themes that you can add your own pictures to. One thing I would like to see is the option to search for a theme as the only options currently are to pick from the latest or trending themes. 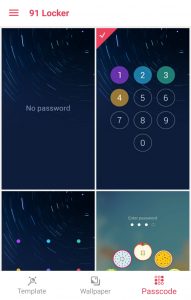 Since you have to disable your stock lock screen to get the best experience, you might be worried about losing your security, but 91 Locker has you covered with some passcode options. There are two very reminiscent of iOS’s number pad and Android’s pattern lock, but the others add a bit more style. While the rest are all in the passcode style, instead of the standard grid of numbers you can choose between several shapes and even add pictures to each of the buttons for a more personalized and probably more secure lock screen.

Unfortunately, my phone has a fingerprint scanner that I could not use with 91 Locker for obvious security reasons. But if your phone does not have a fingerprint scanner on it, I think you would definitely be able to find a security option that fits your needs. These are all of the customization options you are given aside from choosing what way to slide the lock screen to unlock your phone and what apps can show notifications on the lock screen. 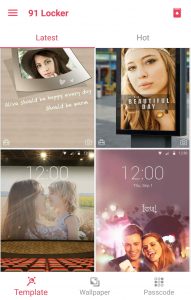 As far as using the lock screen, I had mixed feelings. While the customization features were a welcome addition, I missed the ability to unlock my phone with my fingerprint. Also, the “quick launch” camera option takes considerably longer than I expected. In fact, I don’t think you’re saving much time over just unlocking your phone and opening the app that way. That being said, 91 Locker does exactly what it promises and adds a nice dose of personality to your lock screen, and those looking for that will be pleased with the options this app offers.

So are 91 Launcher and 91 Locker the next apps you should download. It depends on what you want. If you are looking for a launcher that is going to mimic stock Android, you should look somewhere else. But if you are looking for a launcher that adds a ton of personality to your phone and can deal with some of the inconsistencies and bugs, 91 Launcher is definitely one to try out. As for 91 Locker, it does a great job of letting you customize your lock screen, and I imagine you know if that’s something your interested in. If you are, 91 Locker is one of the best that I have tried.