A while back I wrote an article about Why low to mid level phones are the “Next Big Thing”. I recently received an entry-level phone from a company named verykool. In this review, we will see if the verykool Jet SL5009 disproves my thesis or corroborates it.

The verykool Jet SL5009 is an inexpensive and unlocked Android-based smartphone with LTE. One of their claims to fame is their low price point, a 5″ screen, Android 5.1 Lollipop, and the inclusion of both front-facing and rear-facing flashes. The phone also comes with a gel case and screen protector included. Here is the complete list of specs.

Software:
One of the first things that I noticed about the phone is that it runs stock Android 5.1 and there is almost no bloatware whatsoever. In fact, the only bloatware I could find on the phone was the verykool app. It was easy enough to disable, but it tripped me up at first because the app is set to automatically launch at boot. If you don’t get through the initial setup quickly enough, the app will launch before you finish the setup process. You can just use the back button to return to the setup, but as it will launch automatically after every reboot, I recommend disabling the app right away.

Hardware:
The next thing I noticed about the phone was the form factor. The phone is pretty thin. It’s not iPhone thin, but it’s thinner than my LG G3. In every other dimension, it is on par with the G3. One big difference is that the G3 has much smaller bezels and is able to pack a 5.5″ screen in the same space that the SL5009 packs a 5″ screen. However, the phone feels good in your hand and unlike my G3 it doesn’t feel like it’s going to slip out of my hand at any given moment.

Even though the screen’s resolution is only 480 x 854 pixels, I found the clarity and resolution to be quite good. It’s not QHD good, or even 720p good, but I’m reminded that most early Android phones and even the early iPhone’s resolutions were worse than this screen. After using it for a while, I didn’t even notice that it wasn’t HD.

One of the aspects of the phone that I really like is the screen brightness. The screen gets very bright, almost too bright. This makes it super easy to see, even in direct sunlight. I would even venture to say that the screen’s visibility in direct sunlight is among the best in the industry.

The one knock on the screen would be its visibility from an angle. Even though the screen features IPS technology, the image quality decreases when being viewed at an angle. It’s to be expected on a device in this price range.

The speakers sound quality is ok. It’s not great, but it’s not bad either. The biggest advantages that it has is that the speaker is loud, much louder that you would expect a phone in this price range to be. The headset speaker is also pretty good, but it’s lacking VoLTE, so the audio doesn’t get that HD sound like you might expect from a higher end phone.

The headphones that come with the phone, however, are another story. They, like the standard issue headphones of other manufacturers, are bud style headphones, but the quality is subpar at the most. I found that they were uncomfortable to use for any extended period of time and the sound quality was bad too. They had a muffled sound to them and the bass seemed way too exaggerated for bud headphones. There was no problem with sound over Bluetooth.

Another thing that I wasn’t too fond of was the capacitive buttons. The actual contact area was small and if I didn’t get my finger exactly on the button, it wouldn’t register the touch. Also, while the buttons were backlit, they would only turn on when they were touched. When the backlight was not on, the buttons were impossible to see.

While there were no issues with the Bluetooth, I found that the phone was missing one of my favorite features on my previous Android phones, the voice dialer. You can imagine my disappointment when I tried to use my LG Tone headphones to initiate a voice call and nothing happened. Another unintended consequence of this is that while the phone has Android 5.1, the phone does not support Android Auto. I suspect that both issues are related.

The phone also features dual SIM card slots and switch between cards, but as I did not have a second SIM card to test it with, I am unsure of how this will work, or even how it will benefit the average American consumer. If you do a lot of international traveling I can see this being more beneficial.

One downside of the SIM card slots is that they are a pain to take out of the phone. They fit very tight into their respective slots. They are rather difficult to get a grip on.

Performance:
Overall the phone feels very responsive. At times, it did freeze up for a few seconds, but it did not happen very regularly and I was using the phone pretty heavily. I am more of a power user, so the average Joe will probably not run into any problems. However, this is where having a removable battery really comes in handy. Just pop it out and back in and you’re golden.

The phone also performed well with gaming. While the CPU and GPU aren’t going to set any records, the phone’s lower resolution allows for the processor to make the gameplay smooth. I found that it was best to close any other running apps because of the phone’s meager 1GB of RAM. The games that I tried were Asphalt 8 and Fallout Shelter. Both performed very well. The only knock being that they seemed to take a little longer to load. Once the game was loaded the gameplay was very smooth. I was also able to use a gamepad with the phone while playing Asphalt 8 with the higher graphics, without any hiccups.

The phone’s 8 GB of storage will limit how many games you can actually install, but the phone does support moving some of your apps to the micro SD card, but even so, you will still run out of space fairly quickly when installing games and other large apps.

Although the battery is only 1,900 mAh, the battery life isn’t too bad. Under light use, I could make through the whole day on a single charge. Using it heavily will cause the battery to drain more quickly and you’ll need to put it on a charger to make it throughout the day. I tried downloading a battery saving app, but the verykool Jet’s memory management is so aggressive with it’s 1 GB of RAM, that the battery saver app wasn’t able to do anything. 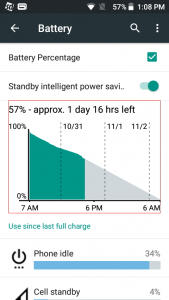 As you can see from the benchmarks below, the verykool Jet SL5009 isn’t too shabby for an entry-level phone. It comes in performing slightly above Samsung’s flagship model from 2012, the Galaxy S III.

The camera isn’t too shabby either. The 8mp rear-facing camera performs pretty well in sunlight but falls short in low-light conditions. The flash is essential in low light photography.

Speaking of flashes, you may have noticed from the overview section that the camera has a front facing flash. Unfortunately, that flash is paired with a sub-par 1.3 MP camera. The flash merely illuminates the subject enough to make out the features and the picture comes out looking grainy and overexposed.

Take a look at the gallery below for some examples.

Overall, this is a great entry level phone and it proves that you don’t need to spend $600 + to get a good phone. It won’t compete with or even compare to the big budget flagship models, but if you’re on a budget and you want a phone with a decent sized screen, then this is a great option for you.

To me, this is the ideal phone to get your kid. It’s big enough and verykool enough to keep the other kids from making fun of them, but not too expensive to replace, when they drop it or throw it during a temper tantrum.

So what are you waiting for? Head over to Amazon to get yours.