It’s not too often that I come across a device that reminds me of my childhood, but the 1byone Plasma Ball Music Speaker does exactly that. Plasma globes were a novelty item in the 1980s, and I was born in 1980, making them super cool to me. They were also very expensive in the 80s, so I could only be mesmerized by Plasma globes when I went to a friend’s house.

A plasma globe is a clear glass sphere filled with a mixture of various noble gases with a high-voltage electrode in the center of the sphere. The plasma lamp was invented by Nikola Tesla[2] after his experimentation with high-frequency currents in an evacuated glass tube for the purpose of studying high voltage phenomena, but the modern versions were known to be first designed by Bill Parker. Tesla called this invention an inert gas discharge tube(Wikipedia).

It’s basically a globe where you can draw electricity to your fingers and not be shocked. Plasma globes look really cool, but serve no other function than to entertain. 1byone made a sweet Plasma Ball Music Speaker which integrates the plasma globe with a wireless Bluetooth speaker. So now, you have a great piece for your desk or nightstand. 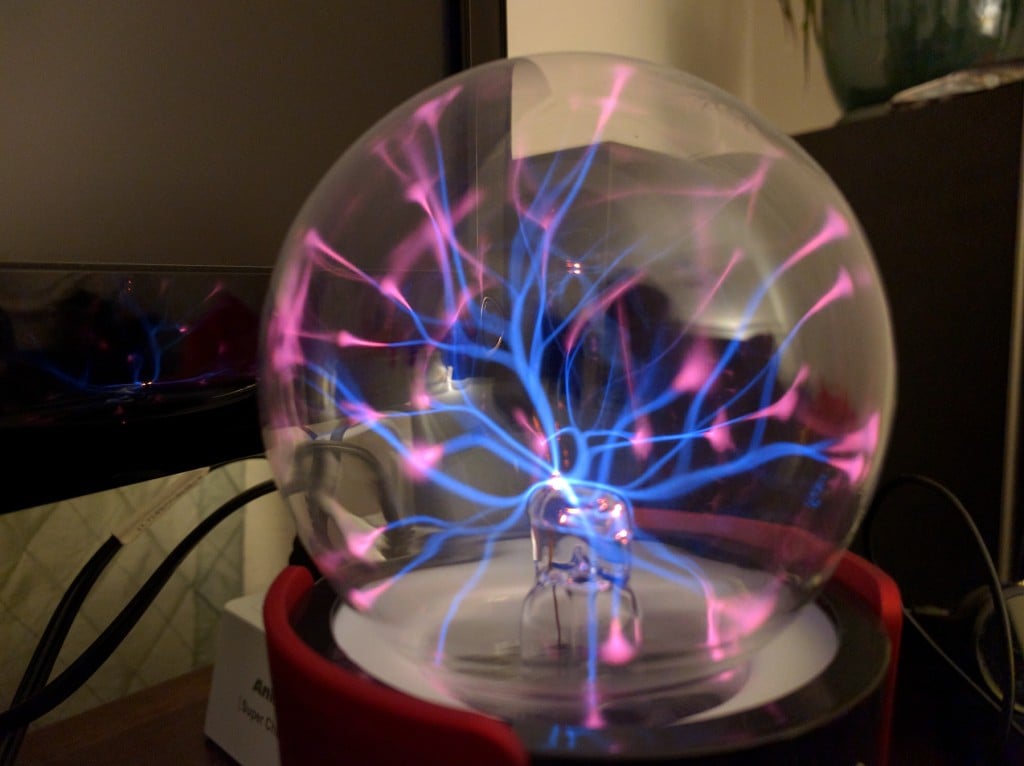 The 1byone Plasma Ball Music Speaker looks like a globe light bulb, and sits on a stand with a speaker on the front. It’s only about the size of of a quart of milk, and has a sleek and stylish design with red siding.

The 1byone Plasma Ball Music Speaker is not portable with a built-in battery, but it doesn’t require a ton of power. I plugged a micro-USB cable into the back of the speaker, and the plasma globe worked as described. I also set it up on my desk in my office, which is where it will permanently live, and powered it using my five-port Ankway desk charger. It can also be powered with a portable USB battery.

In the box you will get the speaker and magic light, a 3.5mm audio cable, USB cable and a user manual. 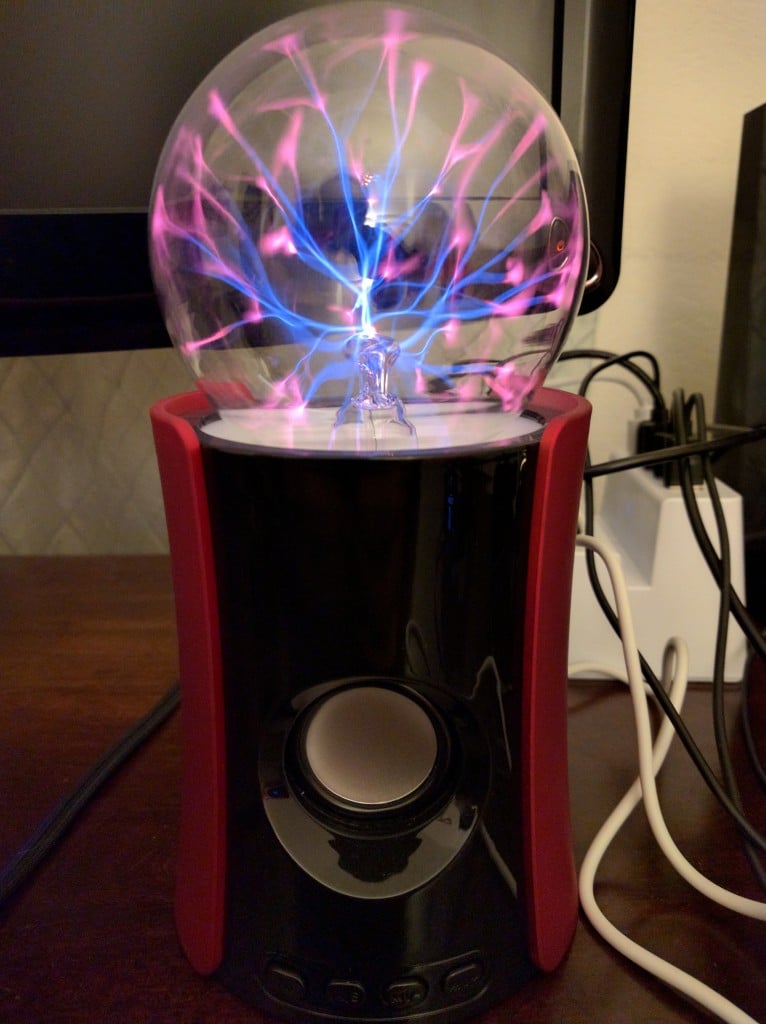 The main feature of the 1byone Plasma Ball Music Speaker is clearly the plasma globe. I know there isn’t much to it other than entertainment value, but it gave me fond memories of my childhood. I work a full day in a chemistry lab, and sometimes all I need is a little break from thinking. I’d come home and put some music on while touching the plasma globe. 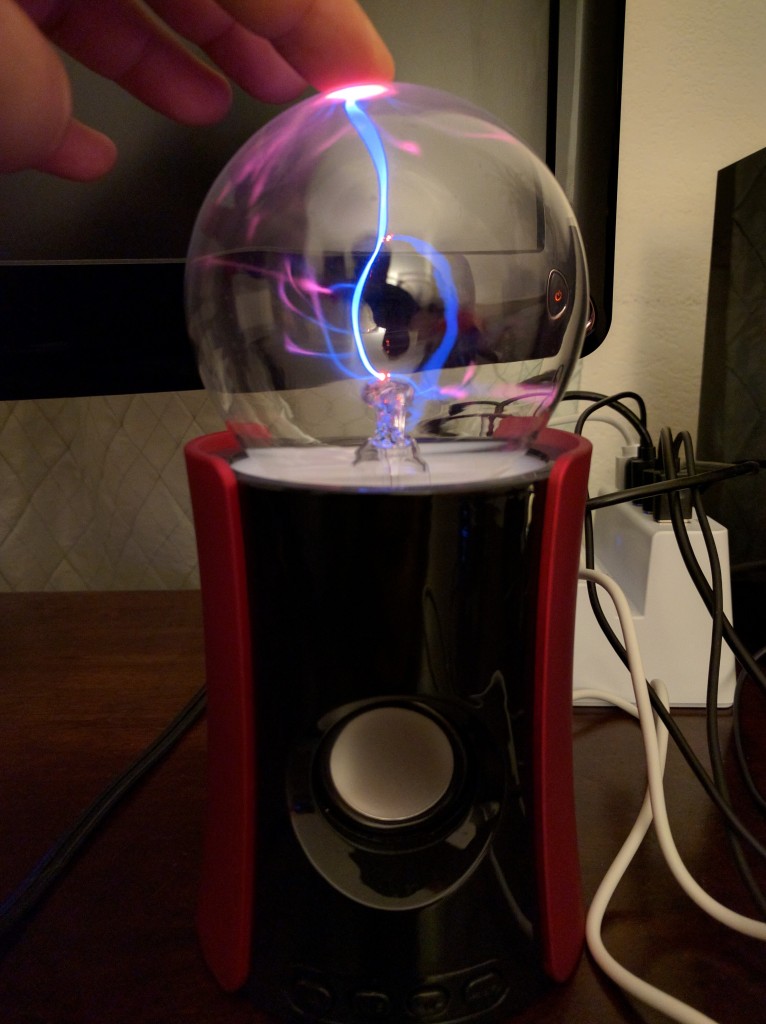 The speaker itself isn’t more than just a portable speaker. It gets loud enough for a home office, sounds decent but nothing to write home about. The plasma globe light up with purple and pink electricity which is really cool to see. When you touch the globe the electricity focuses its energy onto your fingertip and makes a super bright beam which looks like a mini lightning bolt.

All of the buttons on the front function as advertised and the micro-SD card slot reads mp3 files with ease. 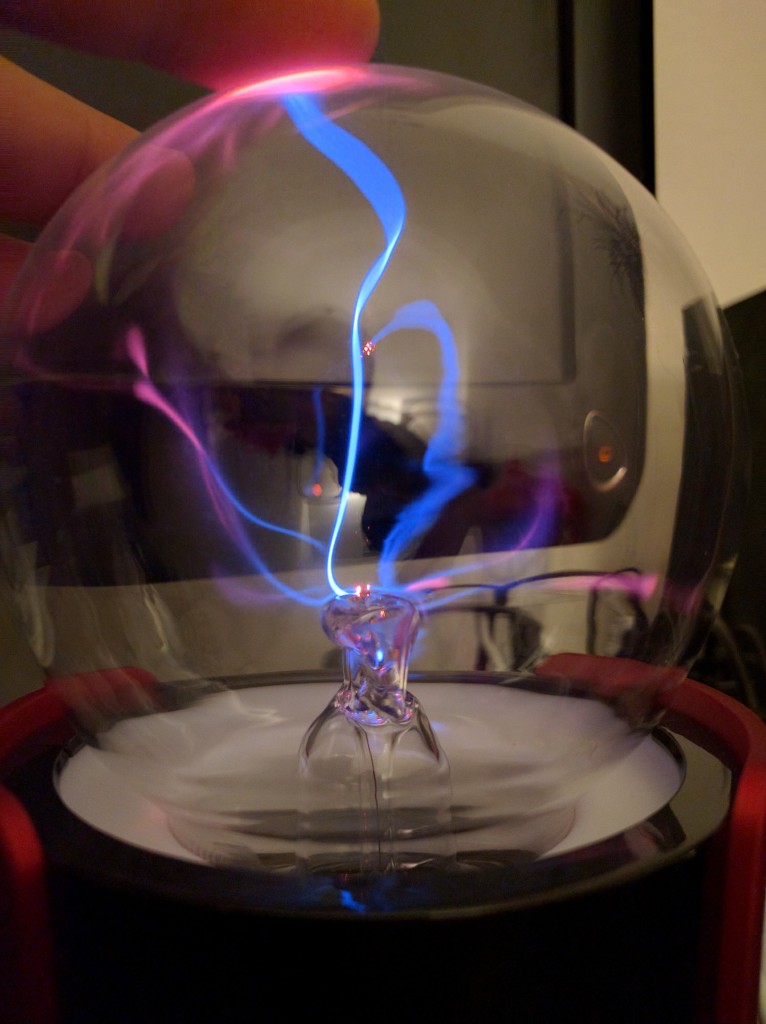 The 1byone Plasma Ball Music Speaker is a functional speaker made for your desk or nightstand with a super cool plasma globe attached to the top. Currently the device is listed on Amazon.com for $23.99 which is cheaper than many Bluetooth speakers without the plasma globe. The speaker does match competition in terms of sound quality in this price range, so you really get the plasma globe as a free add-on. The design of the speaker is nice and looks great on my desk. I find myself playing with the plasma globe a couple of times a night while I write to help break up some of the stresses I have experienced throughout the day while unwinding to music.

If you’d like to learn more, head on over to Amazon.com. 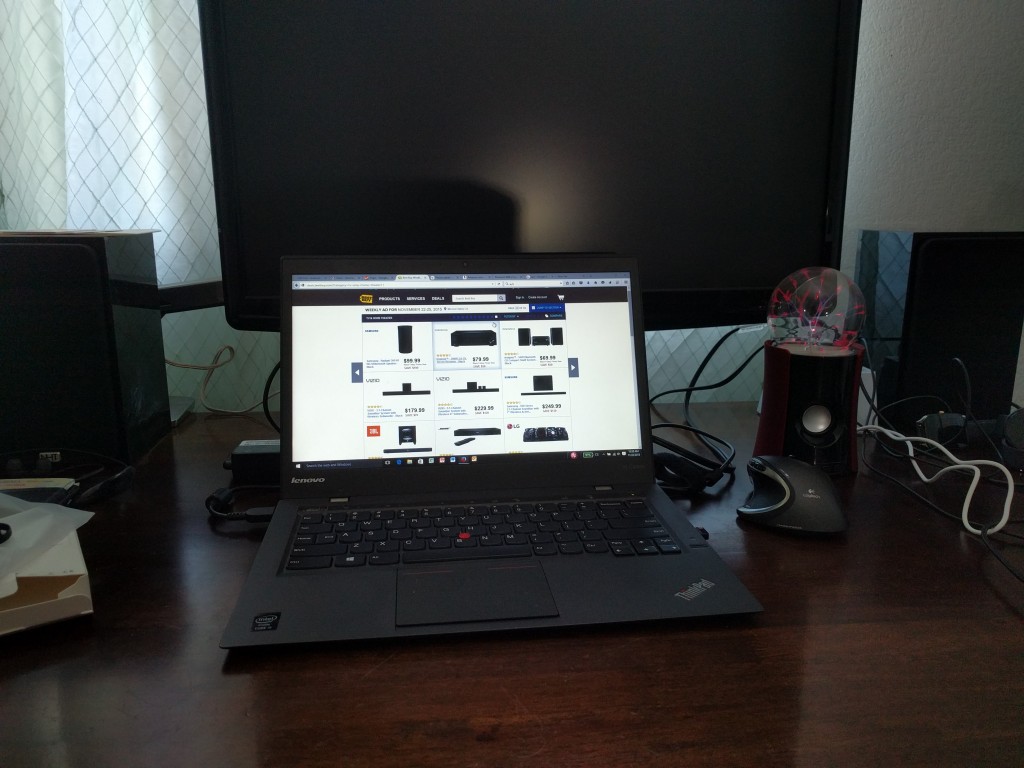