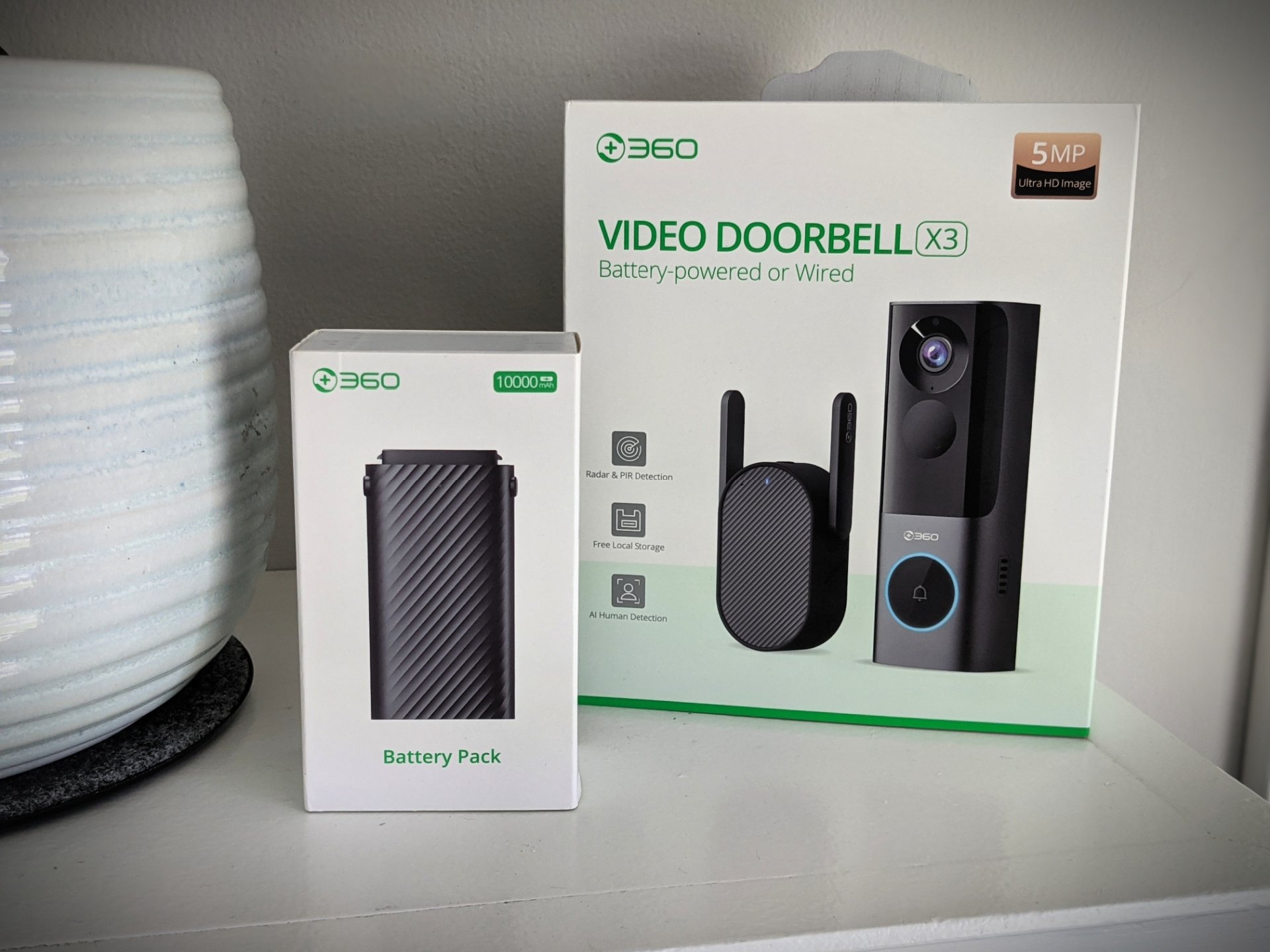 Thanks to the advances in Wi-Fi capabilities and the increasing number of players in the connected home space, consumers have plenty to choose from when it comes to smart camera and security.

It’s easier than ever to keep an eye on our homes and offices while away, and apps with push notifications help provide peace of mind.

While a lot of people tend to think of security cameras as being these little orbs for the corner of our room or the back of a house, there’s another segment that’s getting more popular. We’re talking about the doorbell, of course.

In the first few years the video or smart doorbell seemed to be Ring’s space with other brands fighting for second place. But in 2021 things are much more competitive and customers get more bang for their buck. And they have to spend fewer bucks, too.

The 360 Video Doorbell X3, available for $200, is a great value proposition that offers up a full suite of specifications and features but with a price that doesn’t break the bank.

The 360 Video Doorbell X3 has a 5-megapixel camera which features facial recognition as well as the ability to detect packages.

Powered by a 5,000mAh battery, it can operate in both wired and wireless manners. The camera works well in both daylight as well as the middle of the night; the HDR and Night Vision ensure you see the best picture available.

Speaking of smarts, the camera can detect whether someone is wearing a mask, and can automatically sound an alarm. In the meanwhile, it’s also sending you a notification in your phone so you can see what’s happening.

Rounding things out, the 360 Video Doorbell X3 has an anti-theft alarm, a dual-band wireless hub, and the ability to store video locally or through the cloud via Amazon (AWS).

When it comes to features and functions, we’re impressed with what the 360 Video Doorbell X3 puts forward. It works just as well in the daytime as it does night and we appreciate not getting a bunch of false positives. The doorbell is able to differentiate between a few leaves blowing by and a package being left on your porch.

Should you find yourself unable to come to the door, you can hop right in through the app and speak to the person leaving a message or use a few preset replies.

Digging deeper, it’s also possible to teach the camera who some of your family members are so that you can know as soon as your son or daughter comes home. Set an alert and you’ll know immediately when your child has arrived home safely from school or if your teen is sneaking back in a 3:00AM.

One of the pains of setting up new cameras is typically found when connecting to your Wi-Fi network. Does it work with 2.4GHz? 5GHz? That’s not an issue here because the dual-band support means the doorbell connects to either the higher-speed or longer-range bandwidths.

We like that we’re able to use the app to make settings on the fly, such as adjusting motion sensing ranges, length of recording, or the automatic siren. Similarly, it’s a semi-intuitive experience that allows for quick viewing of videos captured over the last few days and weeks. That is, of course, after you spend time getting understand where features are tucked away.

The doorbell is capable of storing up to 120 days worth of videos or snapshots as there is 8GB of space available inside. Once you hit that threshold you’ll simply start rewriting on top of the oldest footage first.

The 360 Video Doorbell X3 comes with a 5,000mAh rechargeable battery which is good for around six months of life on a single charge. There’s also an external 10,000mAh battery pack which extends its battery around 12 more months, giving you about six seasons worth of functionality.

You can learn more about the 360 Video Doorbell X3 at the manufacturer’s website where it also offers a growing number of other smart home products. To purchase you’ll be directed to Amazon where it currently retails for about $200. A limited time coupon takes off $50, bringing it down to a very attractive $150.

From now until the end of September you can pick on up for even less! Use coupon code X3DoorBell at checkout and you’ll save another ten bucks. That puts it at $139.99 which is damn near impossible to pass up.