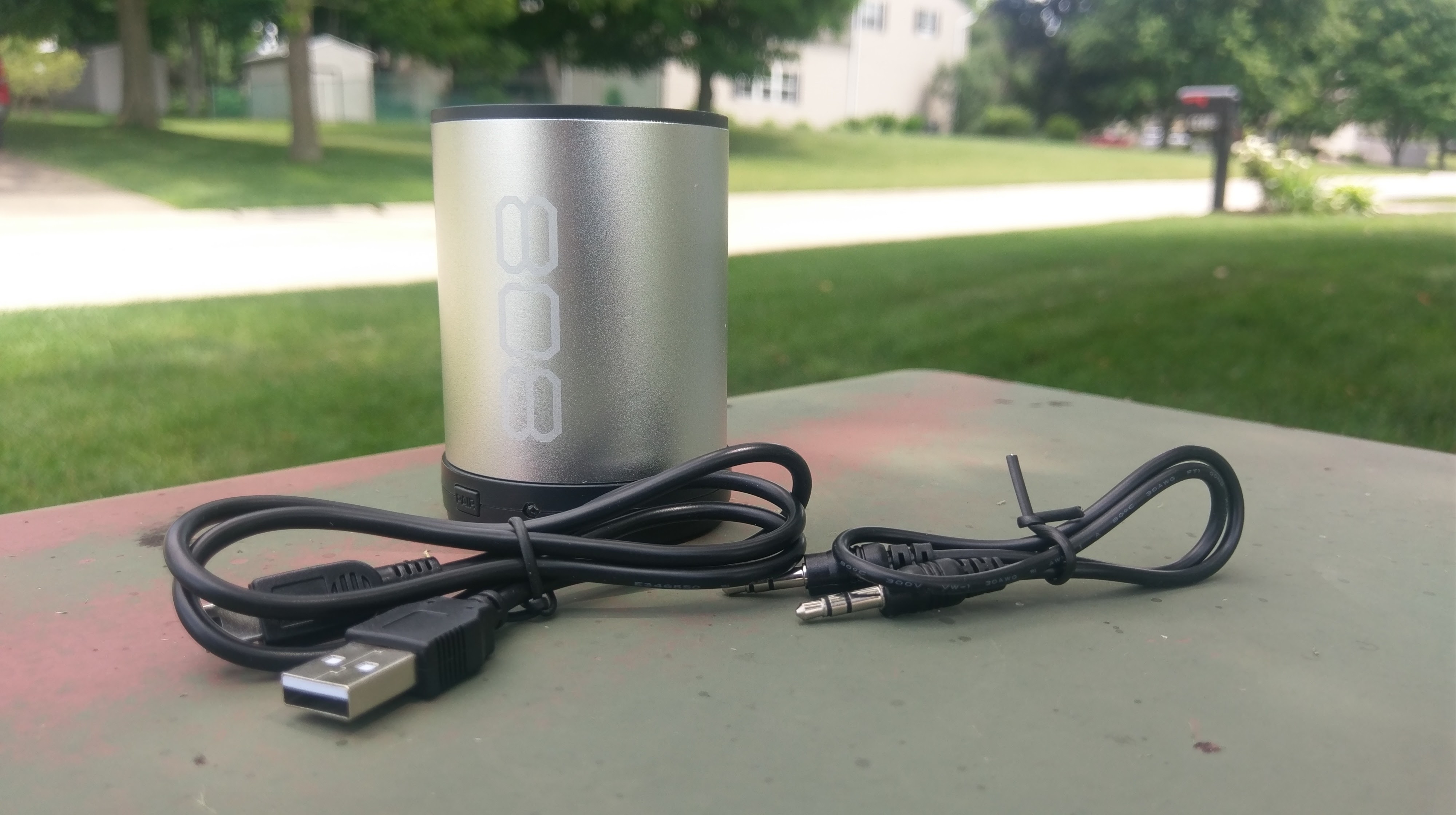 Up for review today is a dimunitve portable Bluetooth speaker from 808 Audio, the 808 CANZ. Shaped like a shrunken can of soda, this cylindrical unit is the sort of audio device you’d use in a study or on the back deck for podcasts. Not that it won’t work for music, but it’s not gonna pound out the tunes.

Initially launched a few years ago, the 808 CANZ are among the least expensive speakers of its kind – from a reputable name. Sure, you might find something cheaper at a gas station or from Amazon, but you’re rolling the dice on quality. 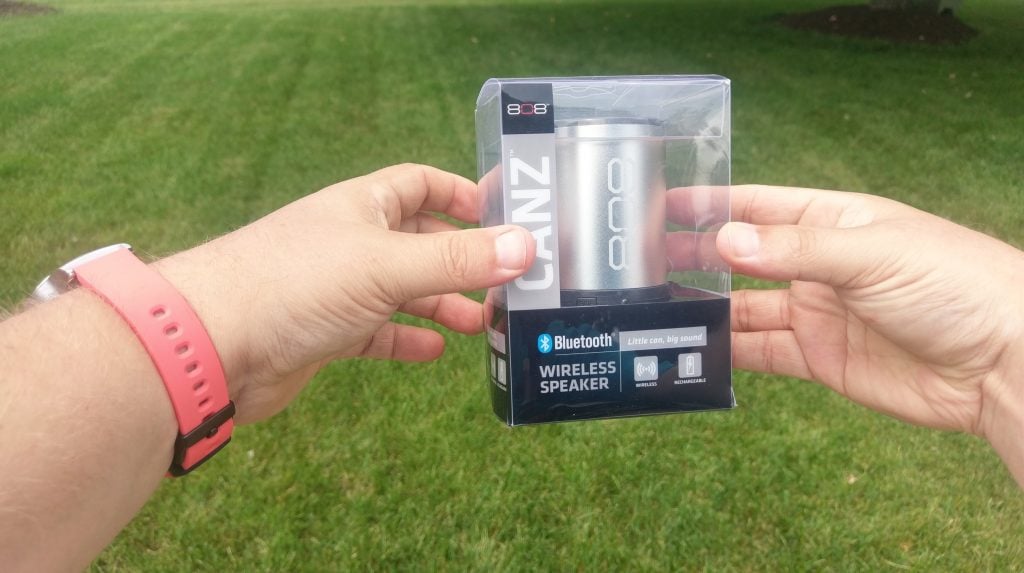 The CANZ come in a variety of color options: red, blue, silver, black, and purple. Each has a metallic sheen on the outside with a black speaker grille on the top-facing speaker.

There are very few buttons to fuss with; a power switch is found on the underside of the speaker and a Bluetooth pairing button is near the bottom edge. Other than that, you’re looking at a charging indicator light, auxiliary input, and a miniUSB charging port. Speaking of the bottom, there’s a rubber coating that helps to keep the 808 CANZ in place. We found that, on most surfaces, the speaker stays put even with the most bouncy of music. 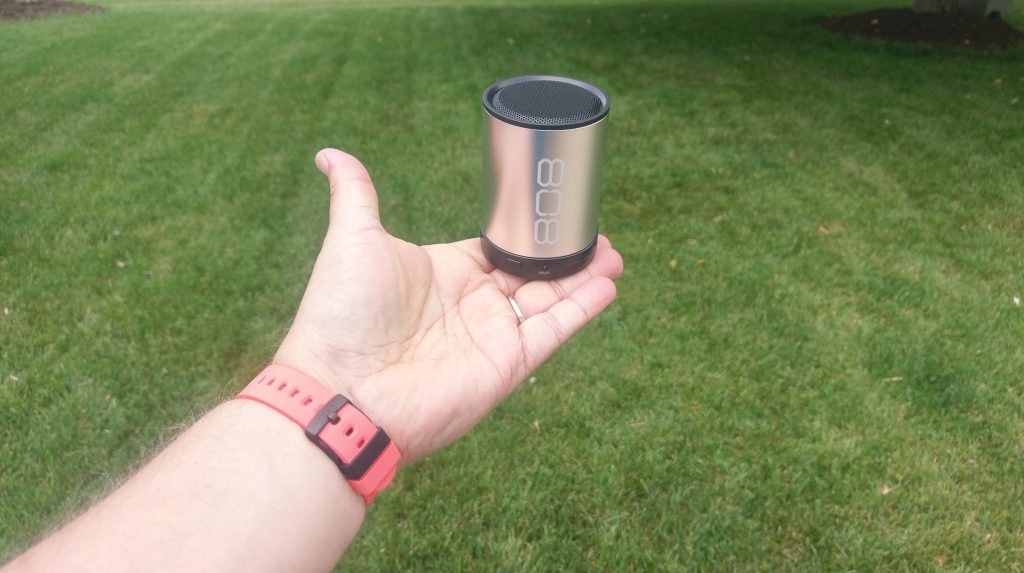 Sadly, this one forces you to keep that outdated cable nearby. We’d like to have seen this refreshed with a microUSB port somewhere along the way. Dealbreaker? Not at all. Consider it more of a minor nuisance.

Pairing is quite simple in that you turn it on and push the dedicated pairing button. After a moment you’ll hear the speaker chime a distinct noise to indicate it’s connected to your phone or tablet. Alternatively, the 3.5mm jack lets listeners plug directly into the speaker. The former will use more of the 808’s battery than going the wired route. 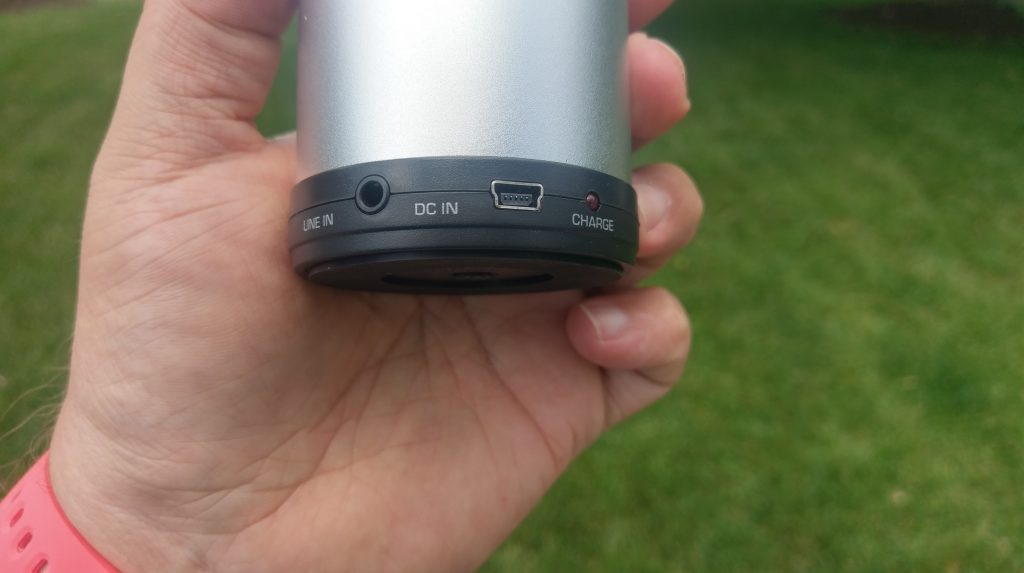 As expected, the 808 CANZ don’t pack a terribly powerful punch. Yes, it can get loud and fill a typical room, but at around 75 percent volume you’ll start to hear distortion. Spoken word, classical music, or relaxed and ambient music sounds excellent. Throw on some house music or hip hop, though, and the speaker struggles a smidge with the bass. Highs are very clear at all levels, but more ambitious music reminds you that you’re dealing with an ultra-portable speaker with a $25 price tag.

Battery life is listed at six hours per charge which is rather accurate in our findings. We didn’t have a problem getting through extended podcast listening sessions or using it for background music while reading. Charging is relatively quick; you’ll be ready to go before your phone is at 100 percent. Just don’t forget to pack that oddball cable. 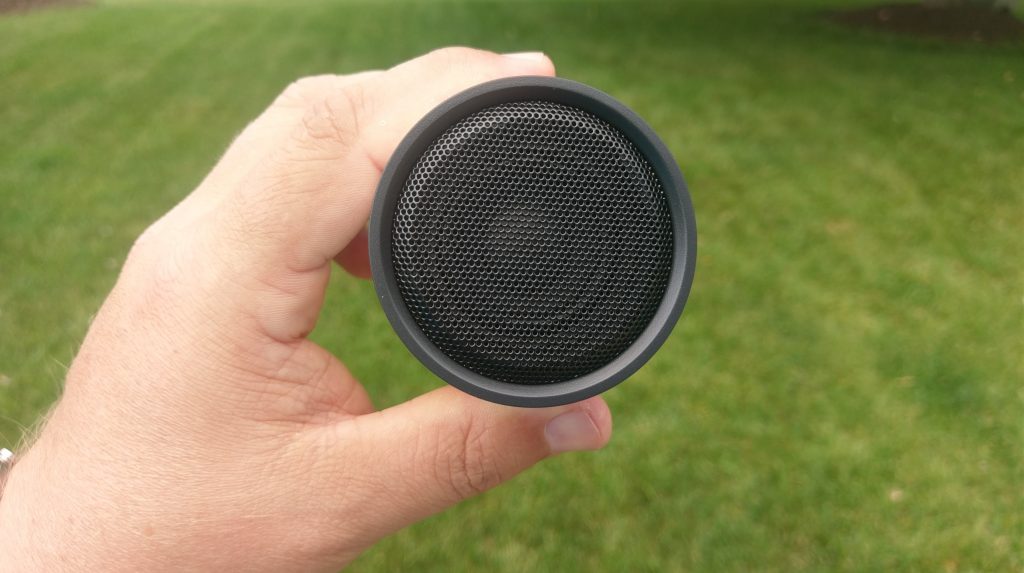 One pain point we’ve come to find in some of these super portable speakers is the lack of volume or playback buttons. It’s not always convenient for us to fumble for the phone to pause a song. And, should you be plugged directly into the source, you might not want to stray too far. There’s not a quick way to mute or stop the music. But, given the price of the 808 CANZ, and its portability, we’re more than willing to forgive.

The 808 CANZ can be purchased at a variety of retailers including Amazon, B&H Photo Video, Best Buy, and Target. Pricing varies but you will likely end up under $20 if you look around.

Gear Up: 808 Audio wants to power your summer playlists