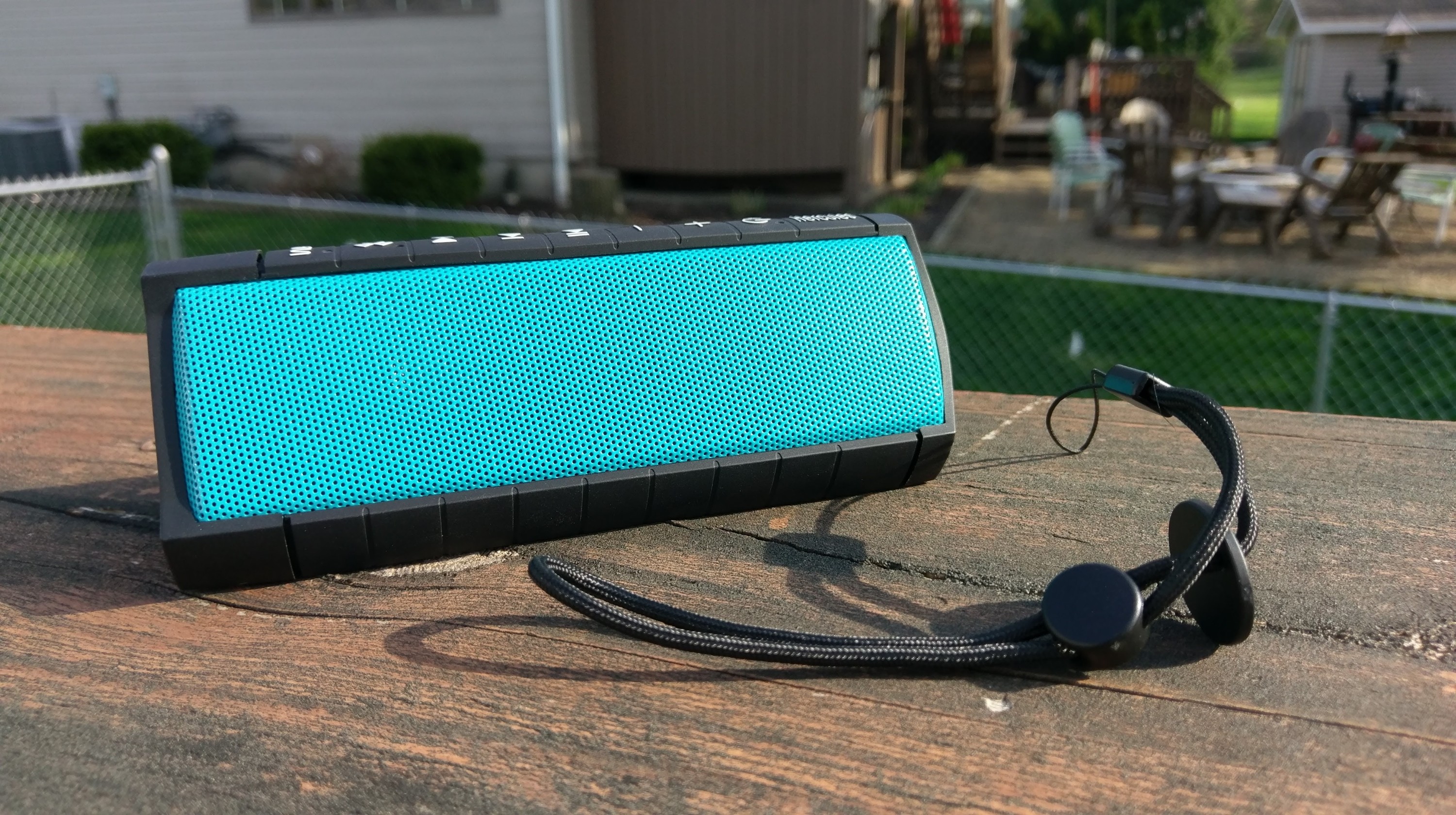 As the weather gets increasingly nicer we find ourselves venturing outside more and more. Some of us have a lot of yard work to catch up on before we can chill on the back deck and take in the smells and sights of spring. Others, though, we’re already looking forward to cookouts and relaxing poolside. 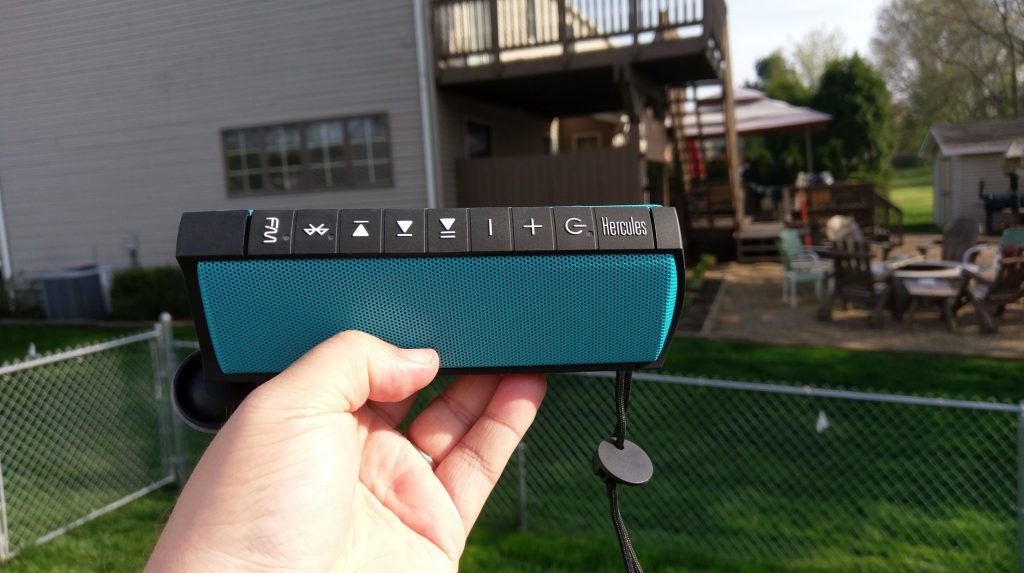 Regardless of what we’re doing, one thing that tends to be constant, is our desire to have music on in the background. Be it some old school classics while the family gathers around a bonfire, or hip hop while we mess about in the garage, we like our tunes. Indeed, we’re always bringing along some form of portable speaker; music on a phone is just no good.

One speaker we’ve had the privilege of testing out is the WAE Outdoor Rush, by Hercules. This little guy is not only small in stature, but he’s also IP67-certified against dust, sand, snow, and rain. That’s right, he’s good for a dip in the pool; it withstands submersion up to one meter for a half hour. Not that I was able to test it out, but the grilles are specially treated with a nickel electroplating process to hold up to salty seawater. 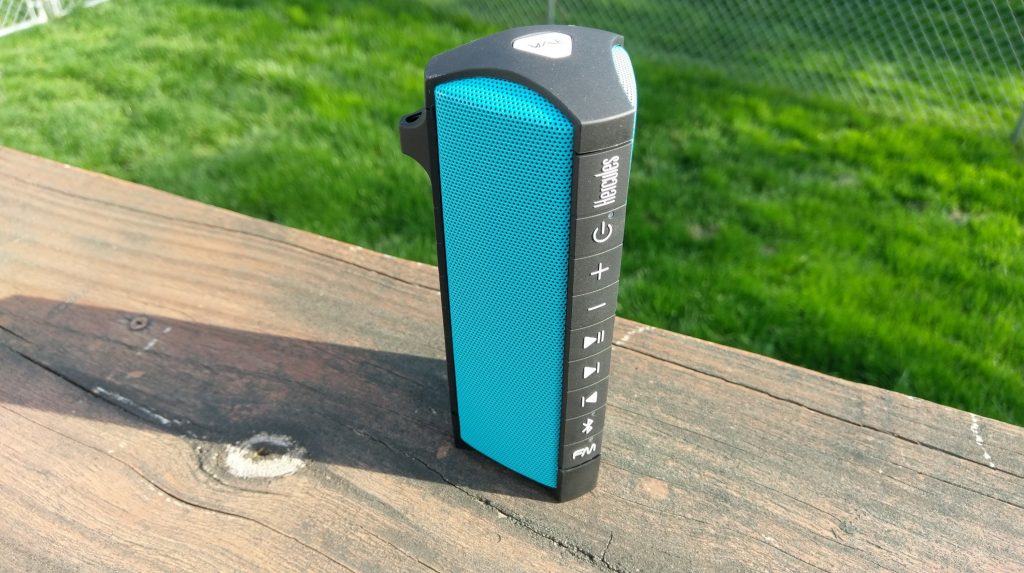 The WAE Outdoor Rush isn’t much bigger than a 20 ounce water or soda bottle, but it puts out quite the sound. In fact, we found that it gets louder than we feel comfortable with.

Generally speaking, we wouldn’t want to necessarily play music as loud as it gets in our small gatherings or outdoor hangouts. Moreover, there’s a 1/4-inch screw thread that lets you connect the speaker to a bike mount or standard attachment. You’d never find us riding around with this much sound hitting us in the face. 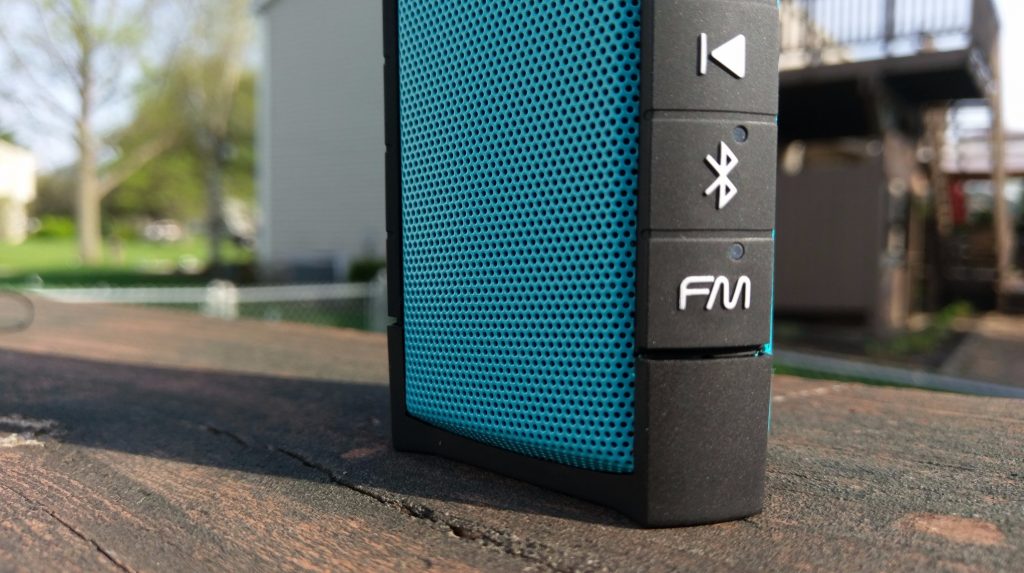 Although there’s somewhat of a triangular shape to the speaker, music comes from only one of the faces. Should you mount it on your handlebars, you can direct the sound to play toward you and not broadcast your impending arrival.

Sound quality is impressive considering the size, but it can definitely get distorted at the highest volumes. Again, we’re not comfortable with that level of audio as it is. Keeping it at about fifty percent was more than enough to fill the yard or room with music. At a beach, with white noise from the ocean, however, we might appreciate setting it louder. Playing EDM, hip hop, podcasts, audiobooks, and a host of other audio types were pleasurable. There’s certainly a case of “don’t let the size fool you” going on here. 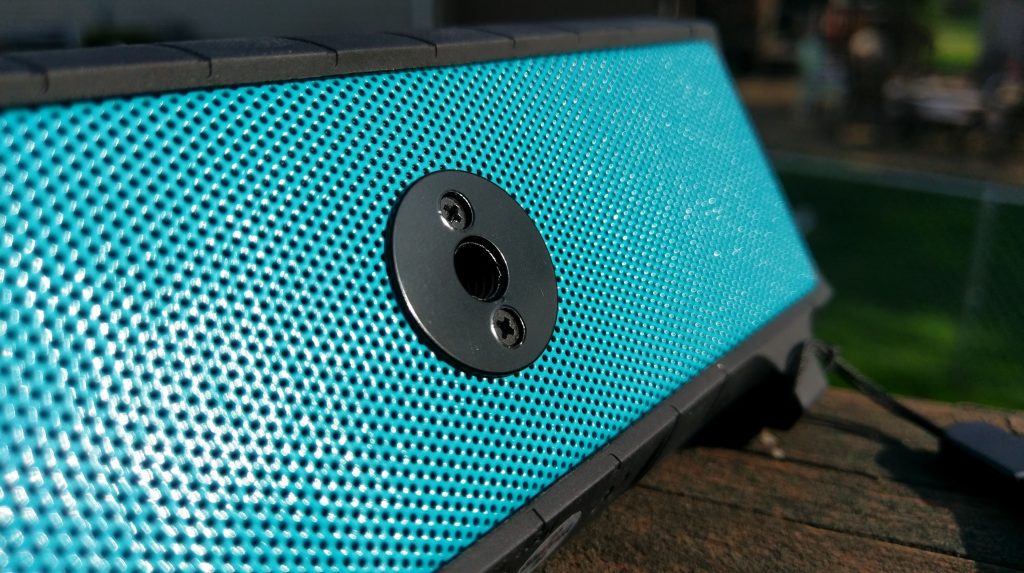 Across the top of the unit are eight buttons, many of which you’d expect to see. In addition to the power and volume options, there’s also play, pause, track advancements, and Bluetooth (for pairing).

Rounding things out is a button for FM, too. Yep, the WAE Outdoor Rush also comes with a built-in FM tuner. You’ll need to download and install the app so you can edit and toggle channels, but doing so is quite easy. An added touch we appreciated is the indicator light for FM and Bluetooth to show connectivity.

On one end of the tube you’ll find a cap that screws in tightly. Open it up and underneath is a USB port so you can charge your phone with an additional 500mAh of juice. The microUSB port is where you’ll plug in to replenish the internal battery. Also present is the 3.5mm headphone or auxiliary input port. The screw-on cap is a nice touch in that it comes with a tether so you won’t lose it, and the waterproof feature in the process. 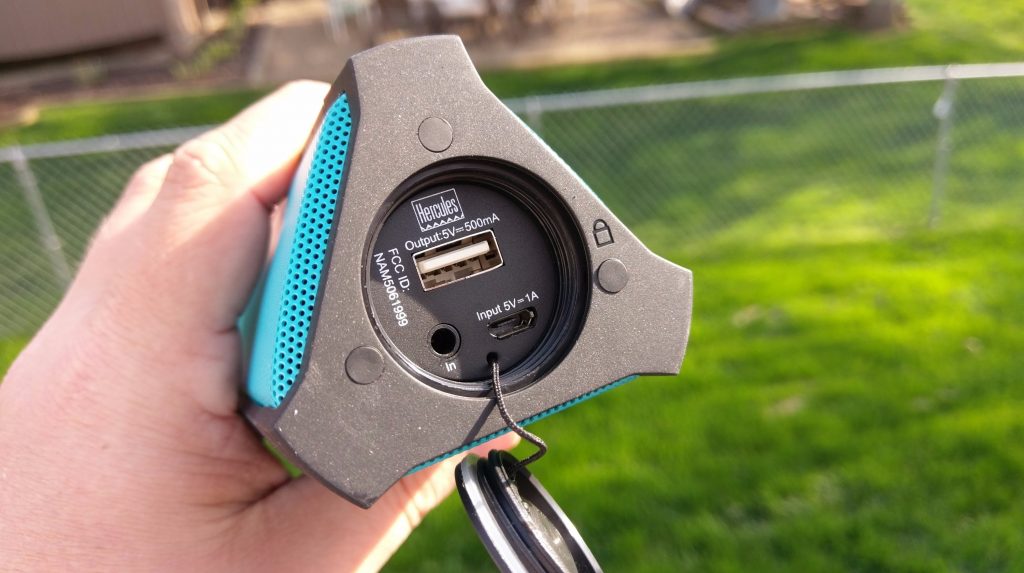 Battery life is rated at 12 hours of playback which we found to be rather accurate. For us, we get in the habit of charging up every few uses, just to be safe. There’s no indicator light to let you know how much is left; we’d rather error on the side of safety.

We’ve tested a lot of Bluetooth speakers over the years, many of which tend to receive favorable marks. The WAE Outdoor Rush is definitely one of those devices which we’d have no problem endorsing.

You can learn more about the Hercules WAE Outdoor Rush at Hercules.com. Retail pricing is listed at $129.99 with availability expected soon.