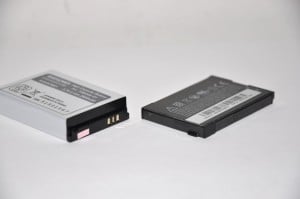 Letâ€™s face it.Â  If you had to pick one thing you would change about your T-Mobile G1, its ability to drain your battery within 6 hours of standard use would rank in the top 3.

For a handset as advanced as the G1 it is quite puzzling as to why HTC and T-Mobile decided to skimp on the size of the battery.Â  Surely their lab tests gave them some indication that this would be a problem right out of the gate.Â  Perhaps we could overlook this if T-Mobile and HTC were strangers to battery draining devices, but theyâ€™d experienced the exact same issue with the T-Mobile Shadow.Â  T-Mobile did step up and issue the extended battery to anyone that requested it, but that has not been the case with the G1 up to this point.

Fret not my friends, for there is a solution!Â  The Innocell 2600mAh Extended Battery for T-Mobile G1Â by Seidio solves the G1â€™s battery problem quite nicely.Â  This extended battery more than doubles the power of the standard battery, supplying your device with the juice it needs to truly run like a â€œnext genâ€ handset.Â  The larger battery will require a new back cover for your G1, but this is included in the price and at the time of this review all 3 colors were available to order.Â  The new back doesnâ€™t have the â€œwith Googleâ€ stamp on it, but other than that you can hardly tell the difference.Â  It even has that same rubbery feel as the original back, and as an added bonus the opening for the camera is recessed providing more protection against finger print smudges.

For the first 3 days I did notice the added weight and girth of the battery and the new back, but after that I eventually forgot about it.Â  If youâ€™re used to carrying your G1 in a leather case, gel skin, or plastic shell you will almost certainly need to invest in another way to protect your device.Â  The added thickness will render most protection solutions obsolete.Â  I did try to use my existing leather case and it actually ripped at the seams!Â  For now Iâ€™m carrying my G1 in my pocket, but a case is definitely in my near future.

Performance is what matters most and the added power was noticeable immediately!Â  The manufacturer states that it may take a full 5 to 6 charges before you see the total benefit of the battery, but I was impressed after the initial charge.Â  I went a full day and a half before I had to charge the battery again.Â  This was with an active Wi Fi connection, Bluetooth, GPS, camera use, and a decent amount of mp3 playback as well.Â  Had I attempted this on the stock battery I would have had to charge it half way through my day, and thatâ€™s just no way to live!

If you want to unlock the true potential of your G1 then I strongly suggest you consider investing in one of these batteries.Â  It allows you to use all the features of your device when you want without having to wonder if youâ€™re going to be near a power supply at some point in the day.Â  Free your G1 from the charger and unlock its true potential by investing in this extended batter from Seidio.Â  My only regret is that it took me so long to order mine!