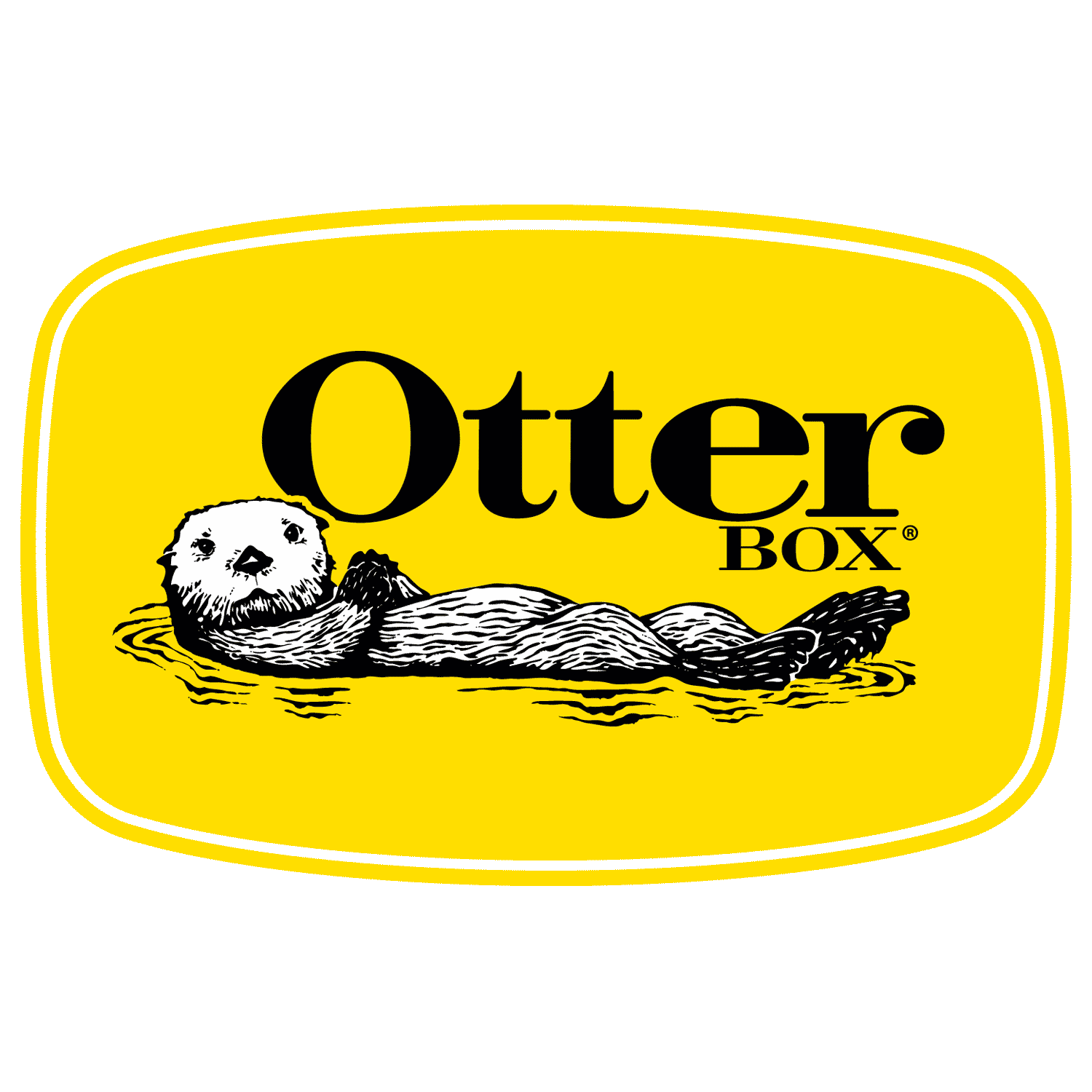 [dropcaps]It can be said that behind a great company stands a great man or woman, someone who had an idea and was not content with just letting it reside in their minds, but instead, they wanted to make it a reality. From Bill Gates, Mark Zuckerberg, to Jeff Bezos, these were all revolutionaries, giants in their industries. While these are by far some of the most well-known names in the tech industry, there are other that have also made great strides in their fields and are slated to leave behind a legacy. One such person is Curt Richardson.[/dropcaps]

Curt Richardson first came up with the idea for OtterBox back in 1991 when he began work on a water resistant box. His idea was in response to the increased interest of the time in water based sports. So what better business venture than to help cater to that need. Richardson thus continued work on creating what would become the first OtterBox and finished the product in 1995. After some short years later, OtterBox came to be in 1998.

No one but Curt Richardson knows what was going on in his head when he started the company, or what his goals were for OtterBox at that time. What we do know is that OtterBox would go on to become one of the best-known brands where mobile protection is concerned and be a real market mover in its industry.

So what does OtterBox offer now, after so many years? We had the same thought, so we procured three of their main case offerings and decided to test them out.

The Commuter case is OtterBoxes response for the consumer that wants a great protective case but it not quite ready to make their phone a super defensive brick that they have to lug around their pocket all day. With two layers of protection and an included screen protector, the Commuter case is all but ready to handle any situation while still maintaining a relatively low profile.

The Commuters construction consists of two parts, the softer inner shell made of synthetic rubber and a hard outer shell made from polycarbonate materials. The inner shell is the part that wraps around the case and makes sure that it stays nice and snug while also being capable of absorbing damage should the device fall. It works as a slipcover, so all you have to do is slip it on. The slip cover is also the part of the case that contains the port plugs, to help keep unwanted dust particles out of the inside of the device. The second part of the case is the hard polycarbonate shell that goes on top of the rubber slipcover. It is also what secures everything in place and makes sure that the slip cover does not come off since the rubber slipcover has to be able to give way so you can fit the device inside. The slip cover also had the added benefit of having some extra rubber added to the four edges of the case so you have some added shock protection should you drop the case and it land on one of the edges, which tends to be the case most of the time.

The hard shell felt really sturdy in our hands and you can tell that you would really have to do some damage to it before it gave way and cracked. It slipped on easily on top of the slipcover and held firm. One thing that we really liked about having the top layer be made from the hard shell was the fact that it did not get stuck in our pockets every time we decided to put our smartphone away. A small thing to notice, but it’s the little things in life.

Overall, the Commuter case is a great option for anyone looking to protect their smartphone. It felt great in our hands and did not make the device too much bigger than it already is. Though we would be lying if we said that it didn’t add some extra girth. If you need a case to protect your phone but don’t need to go all out and get a super rugged case, then the Commuter case is definitely the way to go. 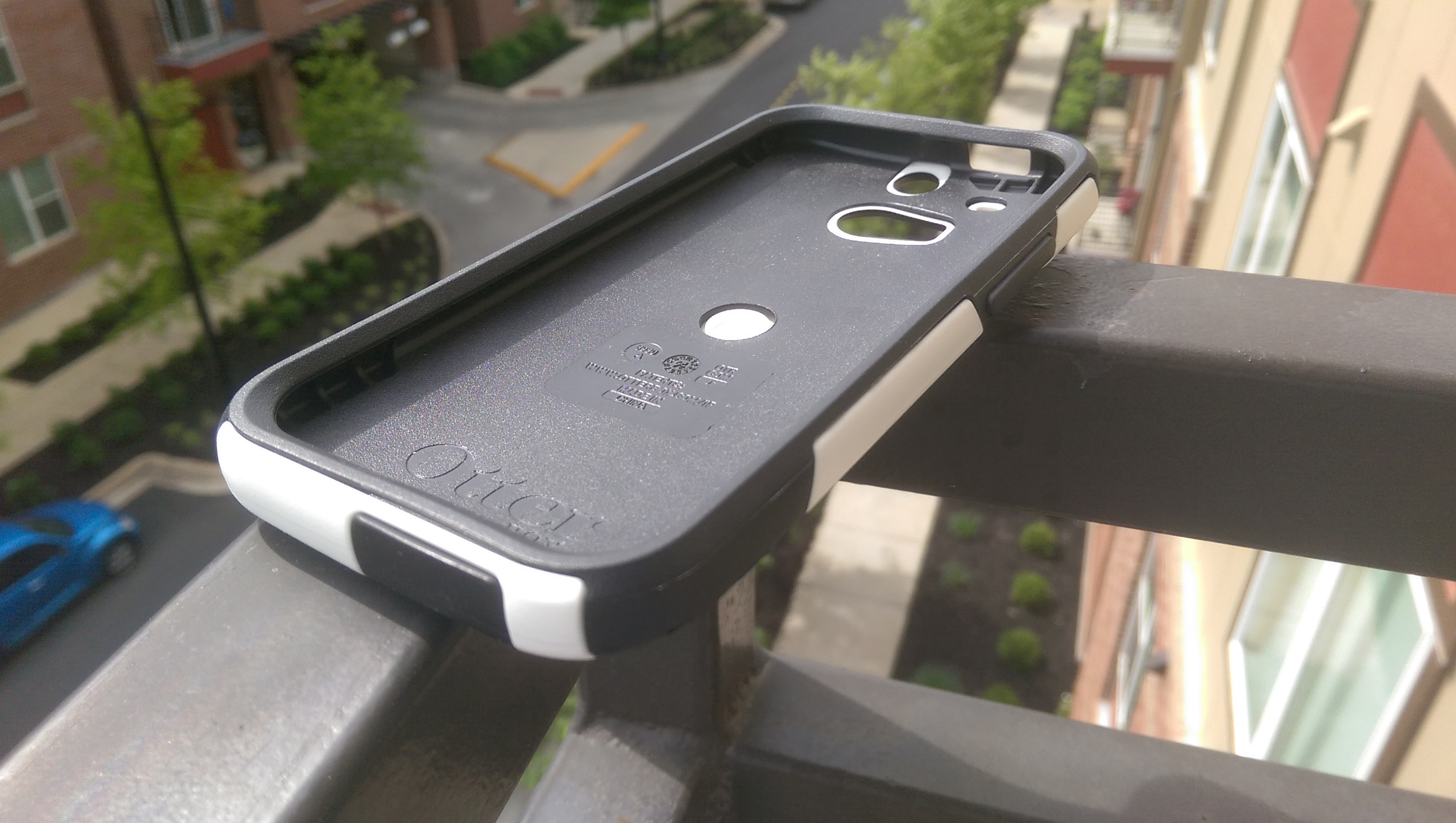 What makes the Symmetry case stand out against its siblings is the fact that it comes in more colors and designs than the Commuter and Defender case. OtterBox wanted to offer an option for those that like to show their style in all aspects of their lives.While the Symmetry case offering does not necessarily have more options than its brothers and sisters where colors are concerned, what it does offer are some great designs that are not found in OtterBoxes other offerings.

The Symmetry case is also made slightly different that the Commuter and Defender case. While the other two cases both have a different part to them, OtterBox decided to streamline the process with the Symmetry case and decided to make it one piece. It maintains the same layout as the Commuter case, with the only difference being that the rubber slipcover has been permanently attached to the hard outer shell. So what you get is one complete piece that all you have to do is slip on and go.There is a slight difference to the rubber part of the Symmetry case that is not found in the Commuter case though, and that is that the inner part has a honeycomb-like pattern that is supposed to offer some added protection should the device fall on a hard surface by adding some air pockets to help absorb the damage.The Symmetry case does not come with a screen protector though, so if you wish to keep your screen safe, you will have to purchase one separately. 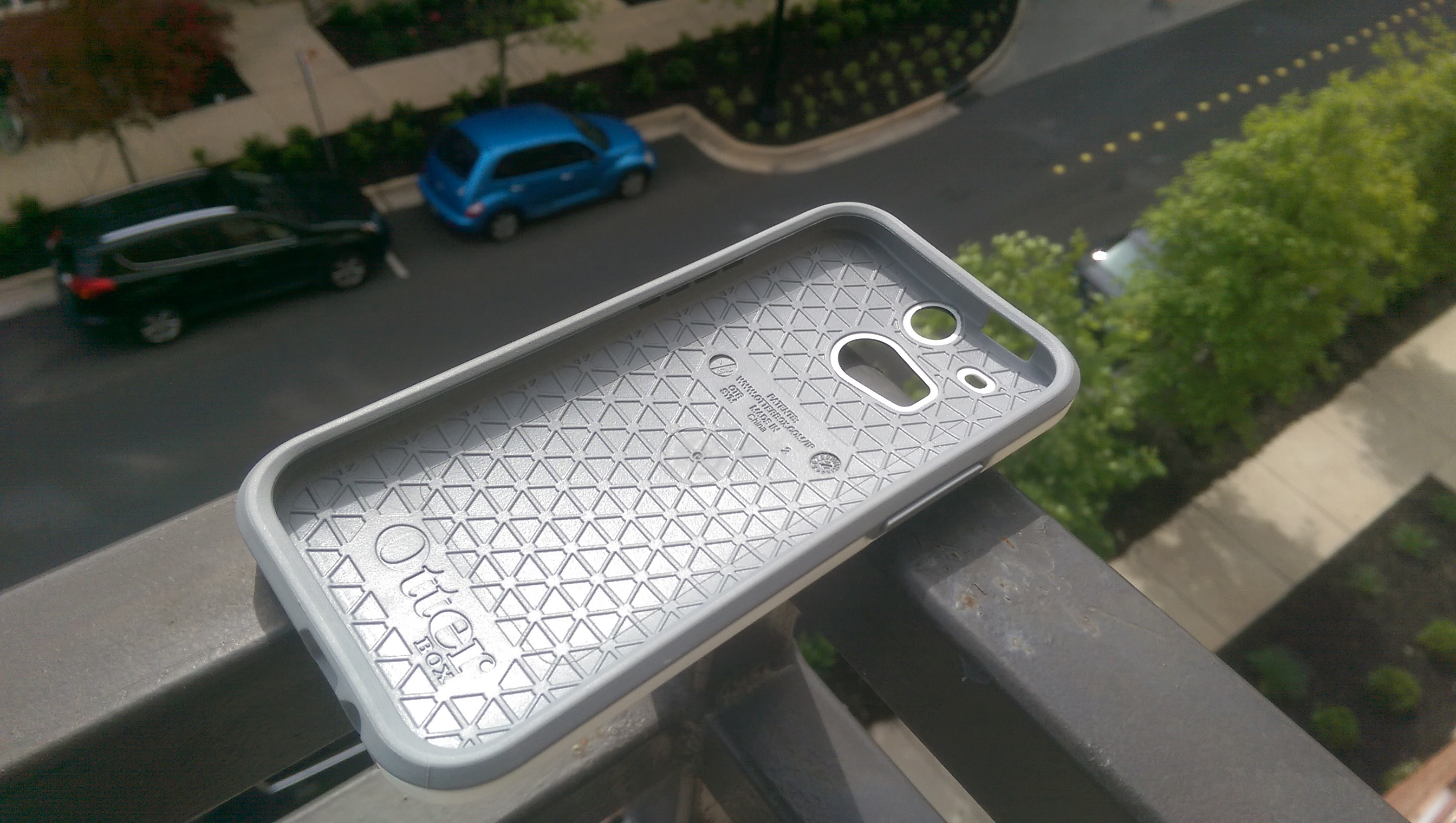 Now we have finally arrived at the Defender (dun dun dun), OtterBoxes greatest offering in mobile protection. With three layer of protection consisting of a built-in screen protector, a hard inner shell, and a synthetic rubber outer slipcover, the Defender case is deserving of its name.

The first part of the Defender case is the two piece polycarbonate shell. Made from the same material as the Commuters and Symmetries outer shell, OtterBox decided to change things up with the Defender case by making it the inner layer of the case instead of the outer layer. The shell opens up and has small latches on all of its corners to make sure that they case does not fly open when you least expect it. The screen protector is built on to this part of the case, so you will want to make sure that there is not dust or smudges on the inside before you put the case on. One small thing to note is that there is foam material on the bottom of the shell so you don’t have to worry about having your smartphone having to be in constant contact with hard plastic.The rubber slipcover is the second part and slides on to the hard shell. It feels smooth and is more than capable of taking damage before giving way.

With all that great protection though, comes the small downside of making the device really big and bulky. So while you can rest assured that your smartphone is capable of taking a real beating, you may want to opt for one of the slimmer cases if you don’t plan on being outside doing super hard work that is going to put your phone in constant danger. 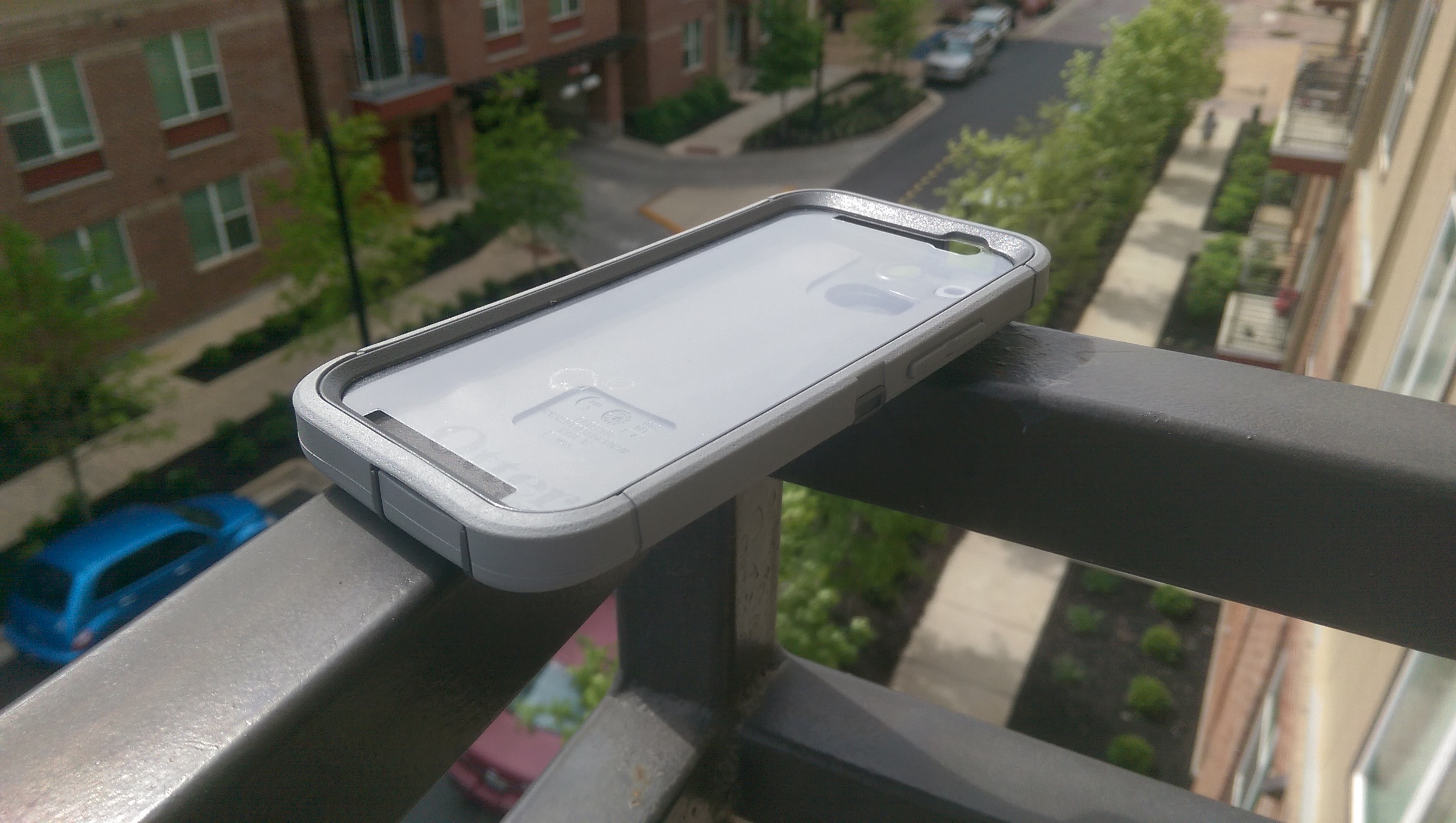 I find that smartphones cases are something that we all really need but don’t always like. Wich is very understandable. We did just spend hundreds of dollars on a phone that companies spent millions on to make sure looked good and felt great to the touch, only to put a case on it moments later. What we really liked about OtterBox is that they help make that change a smooth process. We are not here to persuade you that OtterBox is the greatest company on the market where mobile protection is concerned, or that you should go out and buy one immediately. No, we want you, our great readers, to know that you have options and that OtterBox is a great contender for your money. We plan on doing some similar pieces on other case manufacturers, so make sure to let us know in the comment section as to which case you would like to see reviewed next!