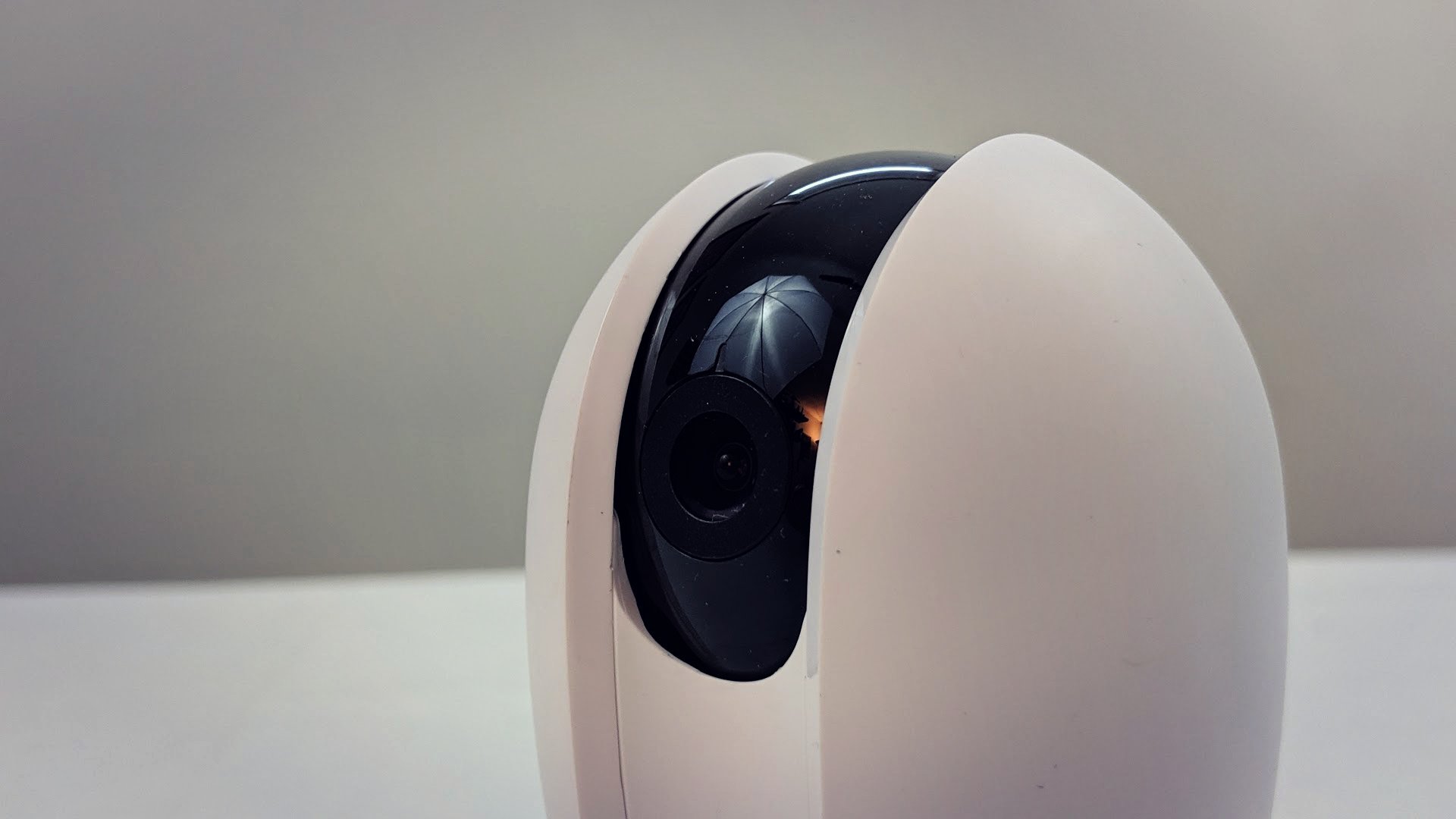 It wasn’t all that long ago that the idea of adding a security camera to your home was semi-rare and reserved for those who are “well off”. Not everyone had, or has, hundreds of dollars to put a camera up over their garage or back yard.

Today it’s much more common to see people installing a camera or two in the home. It doesn’t take anything special to put them in place; you don’t need to be an electrical engineer to wire things. Many of today’s solutions are as simple as plugging into the wall and placing the camera where you need it.

While it is entirely possible to dump thousands of dollars into outfitting your house with security cameras, motion detectors, and the like, you can also do it on the cheap. Such is the case with the AKASO P30 Pet Camera, an unobtrusive unit that costs about $50.

A pint-sized camera that takes up about as much space as a can of soda, the Akaso camera plugs in via USB and pairs to your phone. It’s an egg-shaped affair that does much more than let you spy on your dog.

For your money you’ll receive the camera, its cable, a mounting plate, adhesive tape, and their respective accessories. It’s designed to sit on a counter, shelf, night stand, table, or anywhere else out of the way. Simple to set up both physically and in connecting to your phone, it took us all of five minutes to get it out of the box and installed. Make sure to connect to 2.4Ghz instead of 5GHz and have a microSD card ready if you plan to store video and images for long term.

We initially placed our AKASO P30 on a table in the office as we didn’t quite know what sort of viewing angle or image quality we’d get from the camera. Suffice it to say, we were ready to move it into other rooms before long.

With a 1080 resolution image, it’s sufficient for keeping an eye on things while away. It’s not just to patch yourself through to make sure the dogs are eating, but it can also be used to monitor a child’s room or quick glances in the garage. 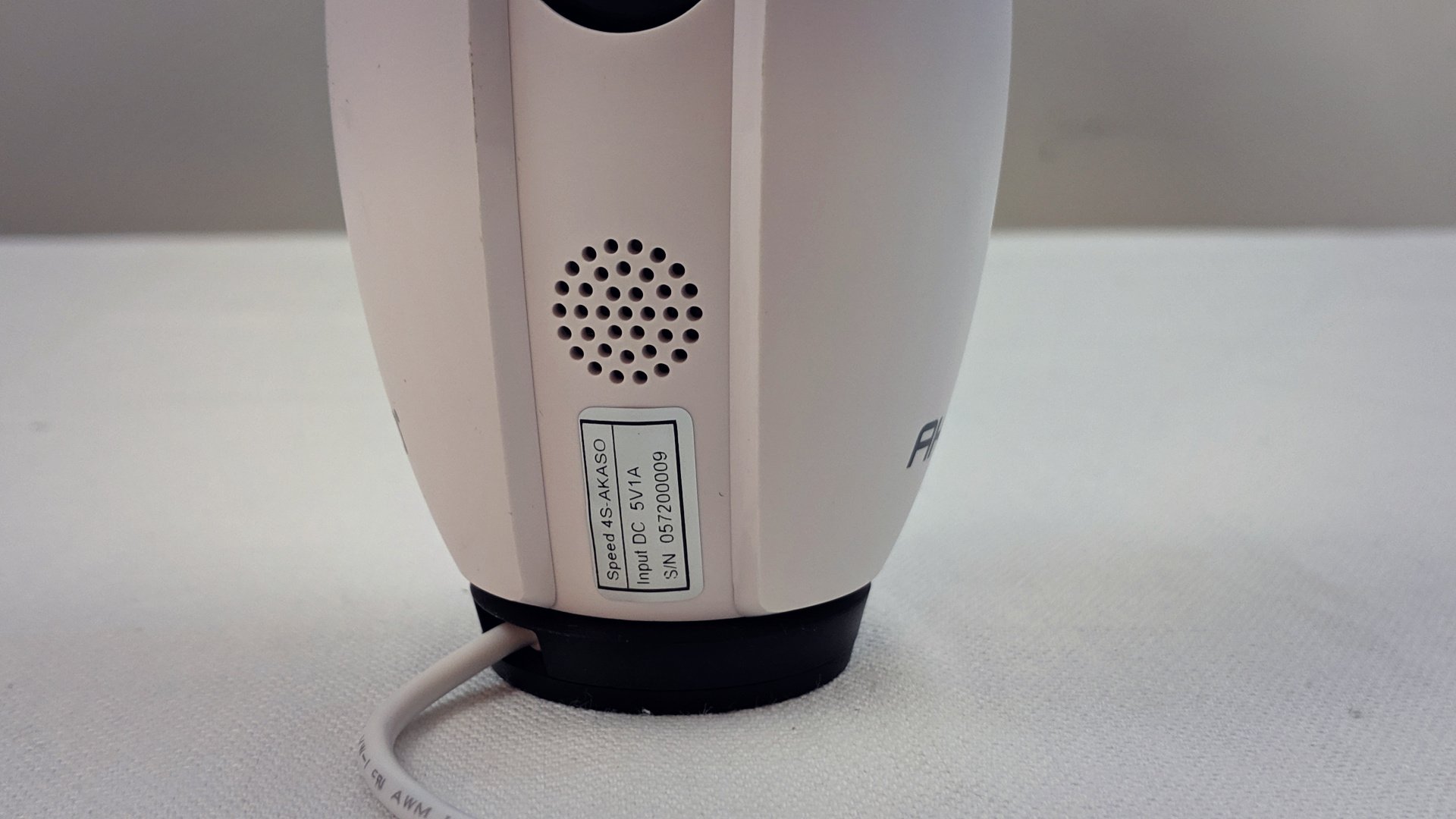 The P30 feeds a near real-time image to your phone so you can see what’s going on, even in darker environments. What’s more, it can start recording if motion is detected or manually at the press of a button. Someone getting into your trash at night or knocking things off the counter? This is what you’ll want.

Although it won’t automatically track subjects in frame you can still manually adjust what it sees both vertically and horizontally. We found it responds pretty quickly if you need to make an adjustment. The 100-degree viewing angle gives you a fairly wide look at a room so it’s easy to find an out-of-the-way location that sees all the important stuff.

One of the features were most interested in checking out was the integration with Amazon Alexa and Google Assistant. We were curious as to whether we might be able to throw a few of these in different rooms throughout the house and periodically check them from a Google Nest Hub or Lenovo Smart Display. Setting this particular part up was not as intuitive as we thought it would be but it was easy enough. Rather than adding an “AKASO” device to your Google Home setup you’ll look for “Smart Life” and log in with your account credentials.

As to being able to ask Google to watch a room, it’s workable but not something you’ll want to use for real-time monitoring. You can pull it up and see what’s going on, but you’re a good thirteen seconds behind. Don’t bother putting this by the front window to see who is knocking at your door if you can physically walk there inside of a few seconds.

We would have liked to use this in the basement office so we can see why dogs might be barking upstairs but that just isn’t feasible. You might get a glimpse of the delivery driver walking back to the truck or a car pulling away but that’s about it.

Pulling up the AKASO P30 on our phone was much quicker and had less delay. We’re talking maybe one second. It’s here where we remember that it works well for making sure the dogs haven’t chewed up the furniture and not for figuring out what that thump was in the bedroom. Likewise, the two-way audio is good for using the camera as a baby monitor or to chat with another room. There’s peace of mind in being able to pull up your infant’s room from the couch and both see and hear what’s going on.

We were able to capture pictures and videos manually with them storing locally on our phones, but it wasn’t always without issue. Sometimes we’d tap the video record button and let it run for a good 10-15 seconds before ending. Once done, we’d check our phone and see it was simply a picture. It’s not clear why this happened and we hope maybe a firmware update or software patch might fix this.

In addition to the smart home connectivity you can also pair the AKASO camera to an IFTTT account. This potentially opens the door to all sorts of things such as triggering recording when someone connects to WiFi.

There’s enough here to make us wish we had a couple of them located around the home. At the same time, we’re not in a hurry to ask too much of them just yet.

For $50 we were content with the camera but did find some quibbles along the way. We’re reluctant to completely endorse the AKASO P30 and say it’s the solution to your problems. But, at the price, we can say it’s a great step toward connecting your home in new and exciting ways. Find it at Amazon for $45.99.