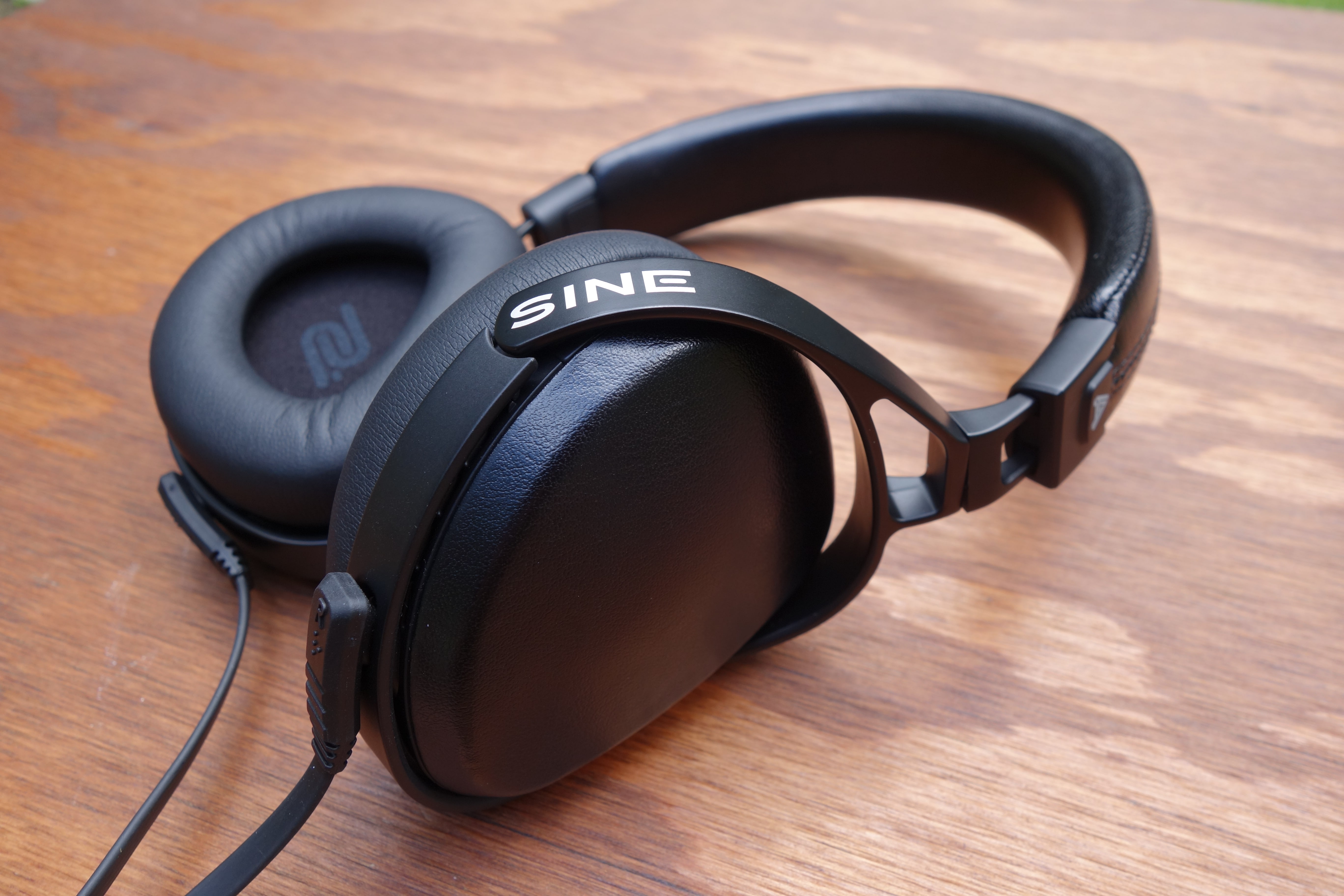 You may have not heard of Audeze, and that’s okay. The company makes some of the most premium (and expensive) headphones out there, specializing in high-end planar magnetic driver technology. Now, most of its inventory is large, open-back over-ears, but the company has just launched a more mobile and wallet-friendly solution for the more general audience who want a taste of what planar magnetic technology can do. Let me introduce the SINE On-ear.

If you compare the SINE to the rest of Audeze’s lineup, it’s obvious that the SINE is new territory. It’s on-ear, closed-back, and doesn’t cost a fortune. Fortunately, that doesn’t mean that Audeze skimped on the package. This is the world’s first on-ear that uses planar magnetics. Let’s check out if the SINE are the new leader in the on-ear headphone market.

From a distance, the SINE aren’t that special-looking. The design is fairly basic, and its black, stealthy styling is somewhat discrete – nothing like the over-engineered cans that Audeze is known for.

That isn’t necessarily a bad thing; not everyone likes to draw attention with a flashy adornment on their head. However, this isn’t to say that they don’t look/feel expensive. Their sleek shape and premium materials ensure that the user will get their money’s worth. And when you take a close look, you’ll see that Audeze is serious about every detail.

When you pick up the SINE you’ll immediately notice that the frame is completely metal, resulting in a satisfying heft. This is certainly refreshing compared to today’s sea of plastic, cheap-feeling headphones. It feels solidly constructed, like a $500 headphone should.

The frame’s unique, truss-like design is from Audeze’s collaboration with a BMW subsidiary called DesignWorks. That group has the freedom to come up with some rad, unconventional designs, and I think added a sweet touch to the SINE’s somewhat basic form. The leather-wrapped ear cups and headband also up the sophistication.

At first glance, you may be fooled into thinking that the SINE are over-ear headphones. The ear cups are fairly large for on-ears. Audeze put a lot of consideration into the ear cup shape, and you’ll notice that their asymmetrical, tapered contour makes sense for the shape of the ear.

This also means that Audeze was able to make the driver opening larger than average, which it says allows for more air and better acoustics. I also imagine that you get a better distribution of pressure on your ear. On-ear headphones can be tricky in regard to comfort, because the ear pads rest on top of the ear instead of around it.

So to address one of the biggest questions for on-ear headphones: How comfortable are they?

Very. The larger than standard ear pad size works for me. The comfort is also due in part to the superbly supple ear pads. The cushions are very soft (kind of squishy) and the leather feels great against the ears. Isolation is terrific for an on-ear too, as the large ear pads engulf the ears and mold to fill any openings where air can escape. Thick padded over-ears will still easily beat it out in terms of isolation, but this ain’t bad for an on-ear. But bear in mind that the SINE isn’t exempt from discomfort over a lengthy listening session or heating up your ears.

A nice feature of the SINE is a removable cable, giving you the flexibility to replace it or use a third-party cable. Interestingly, both ear cups get their own 3.5mm audio input (probably the only on-ear on the market like this).

This allows the user to have a balanced output (separate left and right lines, if your player supports it). Although, Audeze only includes a combined cable, but a nice one at that. It’s lengthy (about 46″), very sturdy, and flat (which helps against tangles).

I must mention that the SINE has a unique perk, but sadly for us Android users, it’s only for Apple devices. There’s a variant that comes with a cable that has a custom in-line digital-to-analog converter (DAC). For folks not familiar with what that means, it’s a dedicated sound processor, built into the cable. Only, the only one Audeze makes at the moment has a lightning connector at the end of it. Here’s hoping that Audeze makes a Type-C compatible one in the future.

Since this is Audeze we’re talking about, you’d be right to expect some bangin’ sound quality. Rightly so. One important mention is that despite the SINE being a deviation from Audeze’s typical monster cans, they still pack top-notch planar magnetic drivers. This is a first for an on-ear headphone (I really like how Audeze follows its own standard and not the industry’s). Audeze explains what planar magnetic technology is in comparison to the conventional dynamic driver, so I don’t have to. Essentially, the diaphragm is able to respond more quickly, resulting in better dynamics and more accuracy.

That sounds great on paper, but does it mean anything in the real world? Yes, if you have an ear for the details. You can definitely pick up on the fast-paced response of the driver. This is one of the most detailed reproductions I’ve heard. And I can’t believe I’m saying that for an on-ear headphone.

The upper end is where the technology really shines. The treble is sparkly, airy, and clear. The mid-range is my next favorite. I love that it’s forward, lush, and natural. The sound engages the listener through realistic detail. But with that said, the SINE can’t work magic. It is still an on-ear, and its soundstage can’t quite match the fullness of larger headphones. The SINE is more confined in comparison (more width than height and depth), but still impressive for an on-ear.

The bass response may not be everyone’s cup of tea. I’m not talking about its quality, but it’s presence. The SINE doesn’t produce the head-rattling boom that bassheads live for. I want to describe it as delicate, but it’s still deep, clean, and full-bodied. The SINE tries to stay true to the music, and lets it do the talking.

I love that the SINE exists, not just because it’s an excellent pair of headphones, but because it goes against the status quo. We’ve known on-ears to be causal headphones, but Audeze comes in and turns the category around. And not only does it work in being something that audiophiles can be proud of, but the in-line DAC offers something you won’t find on any other headphone (if you’re an Apple user, that is).

And apparently the market is convinced on the idea of a high-end on-ear, because the SINE is currently backordered on its website, “due to overwhelming demand” (as of time of this writing). Hit up the official page at the link below for more details.