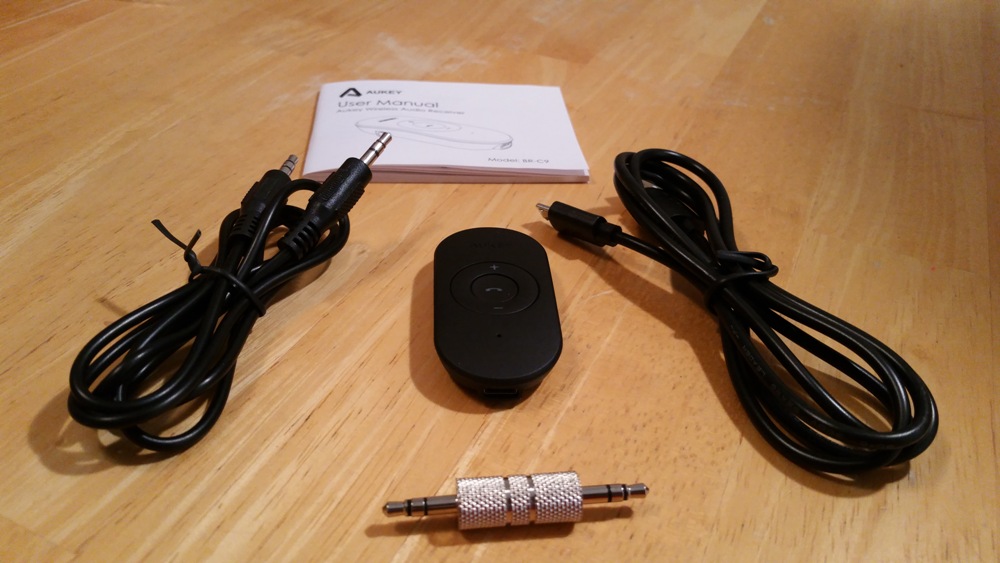 Just a few weeks ago my wife and I were discussing cars. More specifically what discussed what we wanted in the next vehicle we purchase. Despite the fact we are a couple years away, it’s never too early to get a headstart on it. One of the things I mentioned that I want is Bluetooth capabilities. We had the chance to have that put in our current vehicle but I was being a cheapskate and didn’t pull the trigger. But it’s really a no-brainer to have this in your car in today’s world of hands free requirements.

Fast forward a few weeks and guess what I ran across? Aukey’s Bluetooth Audio Receiver. Think of it as the old cassette adapters we had for our CD players in cars, if you are old enough to remember them. It makes playing music and making calls from our phones to our car easier. 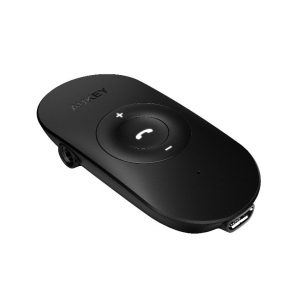 Aukey’s Bluetooth Receiver is a small compact Bluetooth device that measures less than five inches long. It has a built-in microphone, 3.5mm input and a microUSB charging port. Overall it resembles a tiny version of the Amazon Fire TV remote.

The front of the receiver is where the controls reside. There are three buttons that are multi-function controls. The plus and minus buttons control volume and skip tracks, where you short press for volume and long presss for tracks. Your last control button is the multi-function button. This controls the play/pause and answer/hangup portion.

The controls for the volume/skip track seems reversed to me. I find myself wanting to short press to change tracks and long press for volume. While this isn’t a deal-breaker, it should be changed if they decide to build a newer model.

The Audio Receiver’s built-in microphone worked flawlessly. It was placed around two feet away from me, and the person on the other end of the phone call could still hear me talk as if I were in the room. The Bluetooth technology worked without any hiccups. As I walked away from my car, I tried to connect with the Audio Receiver, and it still picked up between 25 and 30 feet away. 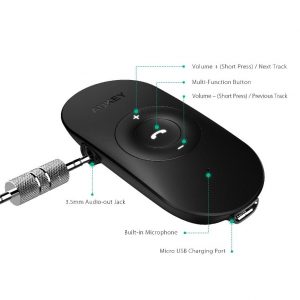 It doesn’t have a very long battery life, two hours in fact. So I would use it sparingly away from a power source. When I try to use it while connected to the charger, it doesn’t seem to work. I have to unplug it from the charger before it decides to connect to Bluetooth.

This is one handy little device for older cars that doesn’t have Bluetooth. In today’s world, it’s almost a necessity. Most of our music is slowly going away from physical form and into digital form. So just jump on board with Aukey’s Bluetooth Audio Receiver for $13 on Amazon. You’ll be glad you did.