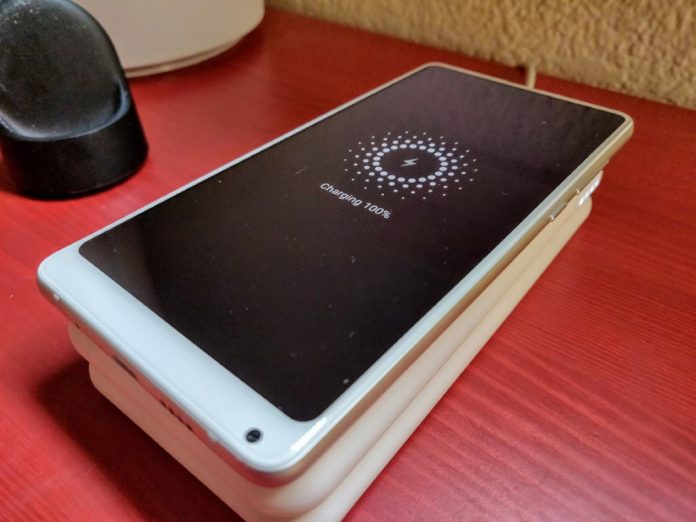 After raising over $40,000 back in July on IndieGoGo, the WiBa wireless power bank from Avido is finally ready to ship. The WiBa (presumably short for Wireless Bank) is a combination charging dock and external battery bank, both with Qi charging built in. We got our hands on the innovative device, and took it for a test-drive. The WiBa retails for $99, available for pre-order directly from Avido.

The Avido WiBa is actually two products that function symbiotically as one. The first half of the product is a Qi-charging cradle, with built-in pins to charge the latter piece, which is a 5,000mAh power bank. Said power bank is a little larger than a 6″ phone, and a little thicker as well. It features a Type-C input port (which is all-but superfluous, as you’ll see), USB-A Quick Charge output port, and Qi Wireless Charging on its top face. Its bottom face also features contacts to charge the battery wirelessly – when Avido advertises the WiBa as a wireless charging solution, it means it.

Aesthetically, the WiBa doesn’t try to do anything fancy. It’s made of a soft-touch bone-colored material, which unfortunately doesn’t quite fit in with the standard black of most smartphones these days. It does, however, fit rather perfectly with the white ceramic aesthetic of the Xiaomi Mi Mix 2S – eerily so. 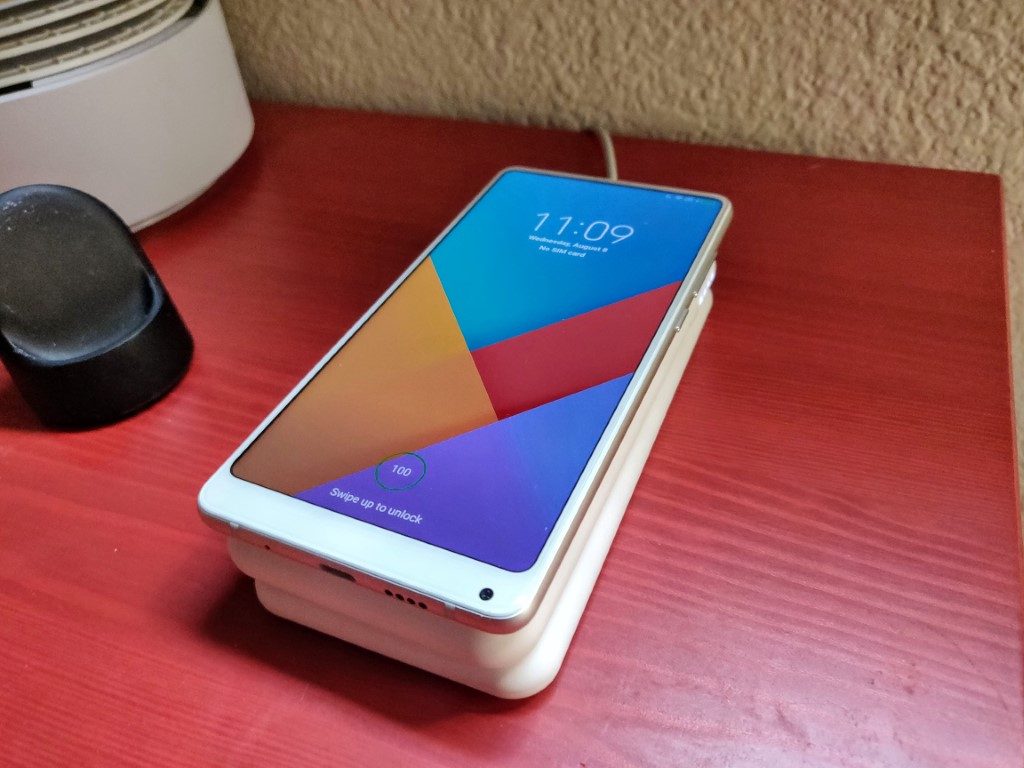 Specification-wise, both the Power Bank and Charging Cradle feature standard Quick Charge speeds. The former can charge devices both wired (5V/2.1A) and wirelessly (5V/5W). The latter only charges devices wirelessly – at the fast-charge rated 9V/10W current. But it churns out enough power to charge both the power bank and your phone by stacking them atop one another, which is a great convenience. One cable to the cradle charges both your Qi-enabled phone and the WiBa power bank, and taking them off the cradle is a simple as picking them up. No wires, no cables. It’s pretty cool. 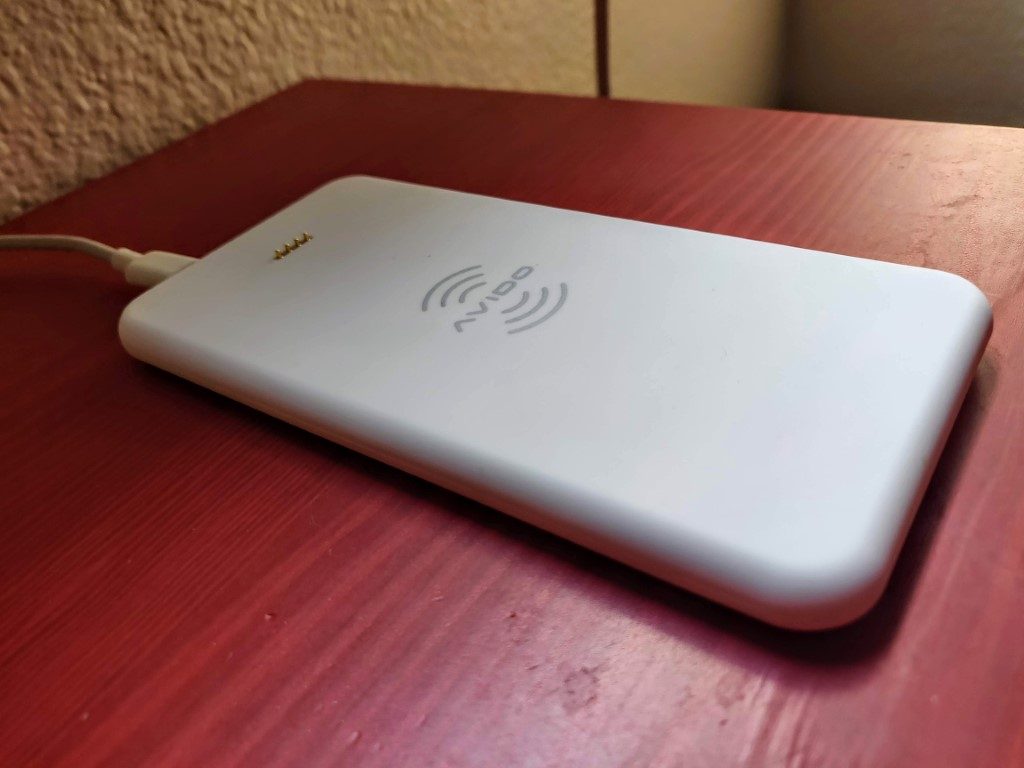 At $99.99, the 5,000mAh Avido WiBa is no cheap buy. Most batteries of that capacity are $20 or less. Even if you include a fast-charging Qi Charger to the cart, you’re only looking at about $40. But the wireless technology in both the charger and battery shouldn’t be underestimated, nor should the convenience of being able to stack a battery and phone on top of the charger for utterly effortless charging.

At this price point, the Avido WiBa is, unfortunately, a rather niche purchase. But if it can sell enough of these to make the investment worthwhile, I have a feeling a WiBa 2.0 could change the way we think about charging. If you just can’t do without the ability to stack your battery and phone atop one-another to charge, the Avido WiBa is up for pre-order for $99 on Avido’s website. 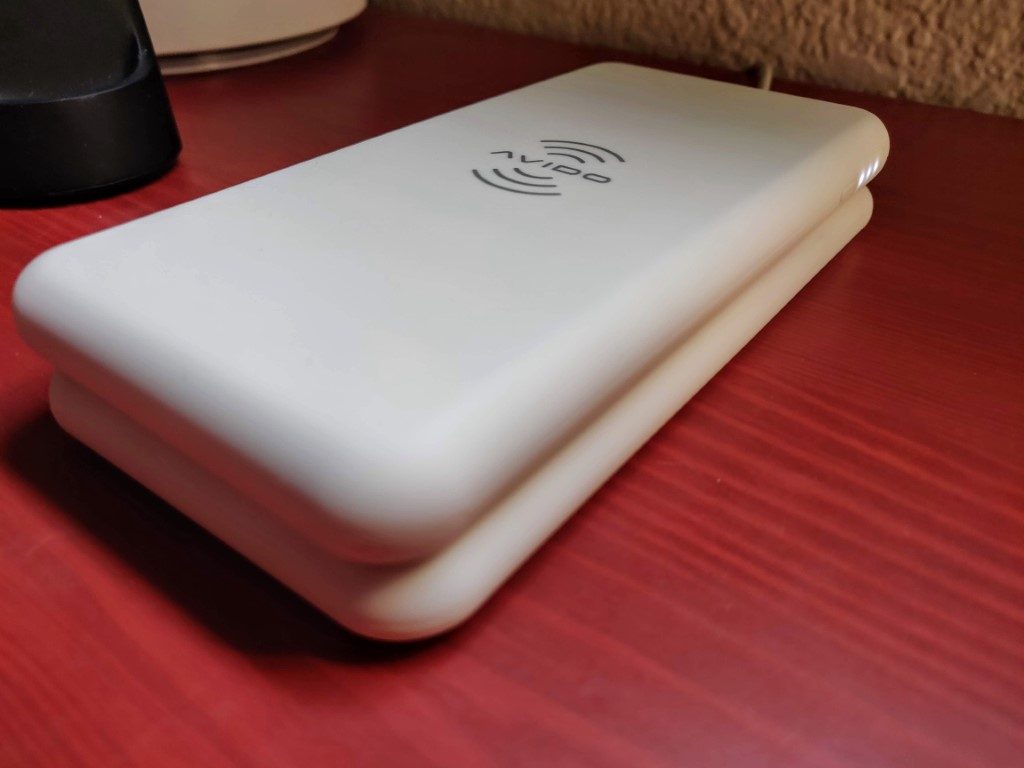 Gear Up: Bezalel has your back with charging accessories