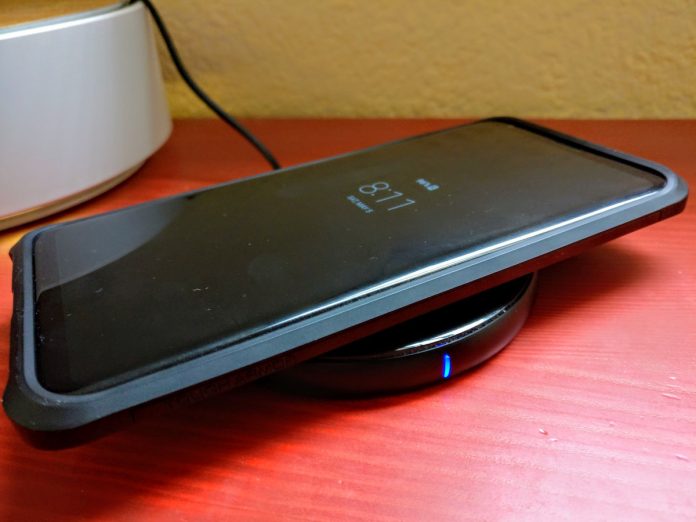 Let’s be honest here. Wireless chargers are a dime a dozen. They really fall into two categories – Crap, and Does Its Job. So when I first unpacked the BlitzWolf wireless charger, you can understand my initial ho-hummery – but as I took a closer look at it, I came realize that this wasn’t your run-of-the mill Qi charger.

At first glance, the BlitzWolf Wireless Charger seems like pretty standard affair. But picking it up reveals a more carefully designed product. 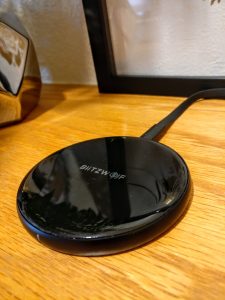 An aluminum chassis immediately sets it apart from other wireless chargers, which tend to be plastic. The glass ceramic face feels especially nice, though the silvery BlitzWolf branding is a little jarring compared to the elegance of the rest of the device. The bottom of the charger is home to four rubber casters, which combined with the weight of the charger make for a very stable platform.

The Blue LED on the front of the device is a nice departure from the standard – and bright – lime green LED we normally see. This makes it a solid choice for a nightstand, so you can see at-a-glance that your phone is charging without blinding yourself. As you’d expect, there’s not much else to the gizmo. Like most wireless chargers, it has a singular purpose and no bells and/or whistles.

In practice, the BlitzWolf Wireless Charger isn’t quite as wonderful as its design might indicate. 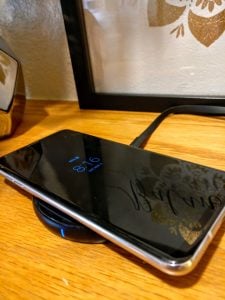 It performs about as well as can be expected from any wireless charger, but doesn’t bring anything to the table you haven’t seen before.

At 5V, 1A, the BlitzWolf Wireless Charger outputs the same as any Qi-standard charger. Which is, to say, about as fast as standard MicroUSB charging, without any kind of Quick Charge. As such, it makes sense that the device makes use of a MicroUSB port on the back, and only supports up to 5V, 1.5A input.

Like I said – it’s a fairly standard affair. One thing I was impressed with, though, is its ability to charge even through the thick TPU/PolyCarbonate material of a Spigen case on my V30. Many wireless chargers I’ve used in the past haven’t been able to charge through a thick case, but this one did the trick – albeit with a little careful positioning. 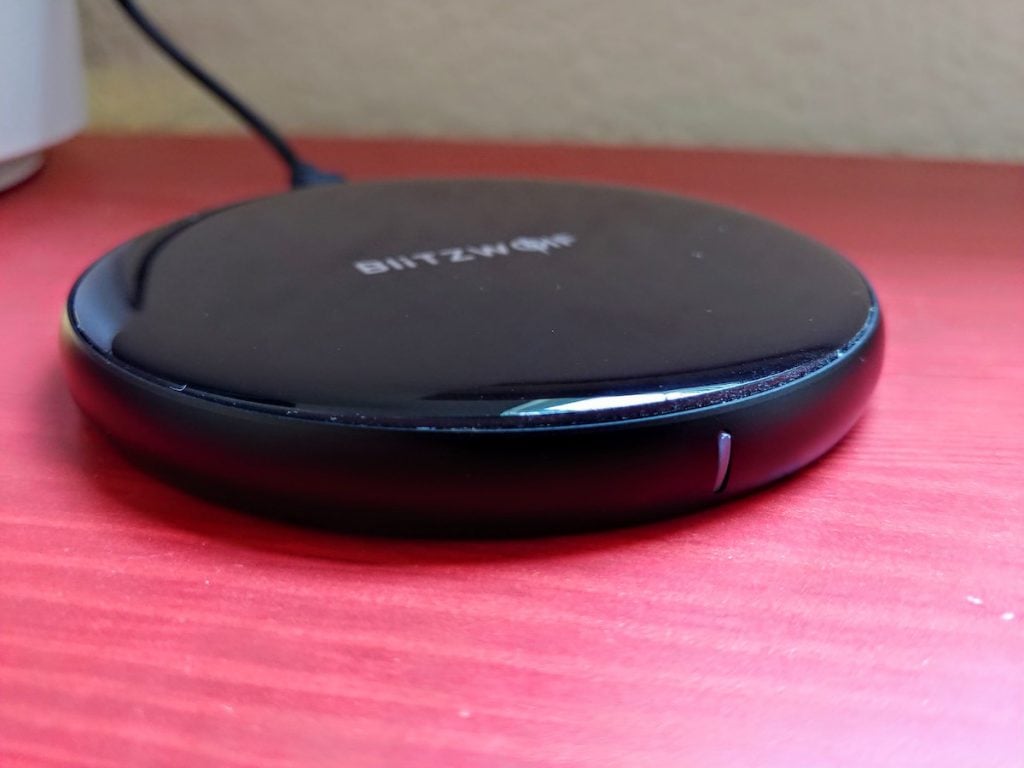 At $16.99, the BlitzWolf Wireless Charger is about on par with other devices of its kind. And that’s a good thing, given how well-made and effective the device is. It feels a lot more expensive than it is, and it performs as well as any wireless charger on the market, at the moment. While I’d love to see a higher output or a Type-C USB input, BlitzWolf put out a perfectly adequate wireless charger with a modern, gorgeous aesthetic.

Avido Wiba review: Wireless power, anywhere – but at a price