When you think of all of the places you take your phone and listen to music, one place we rarely picture is the bathroom. Typically we conjure up images of school, office, backyards, and general outdoors. But, the truth is, we bathe daily (or should, at least) and a lot of us like to sing in the shower. Why don’t you have a speaker to accompany you or provide background music?

We’ve been playing with the BoomBuoy portable waterproof speaker from Scosche for the last few weeks. Designed to float in water and withstand rain and basic outdoor elements, it’s a small (roughly 4-inch diameter) unit that can clip to a backpack. The clip can also be used, of course, to hang it in the shower. 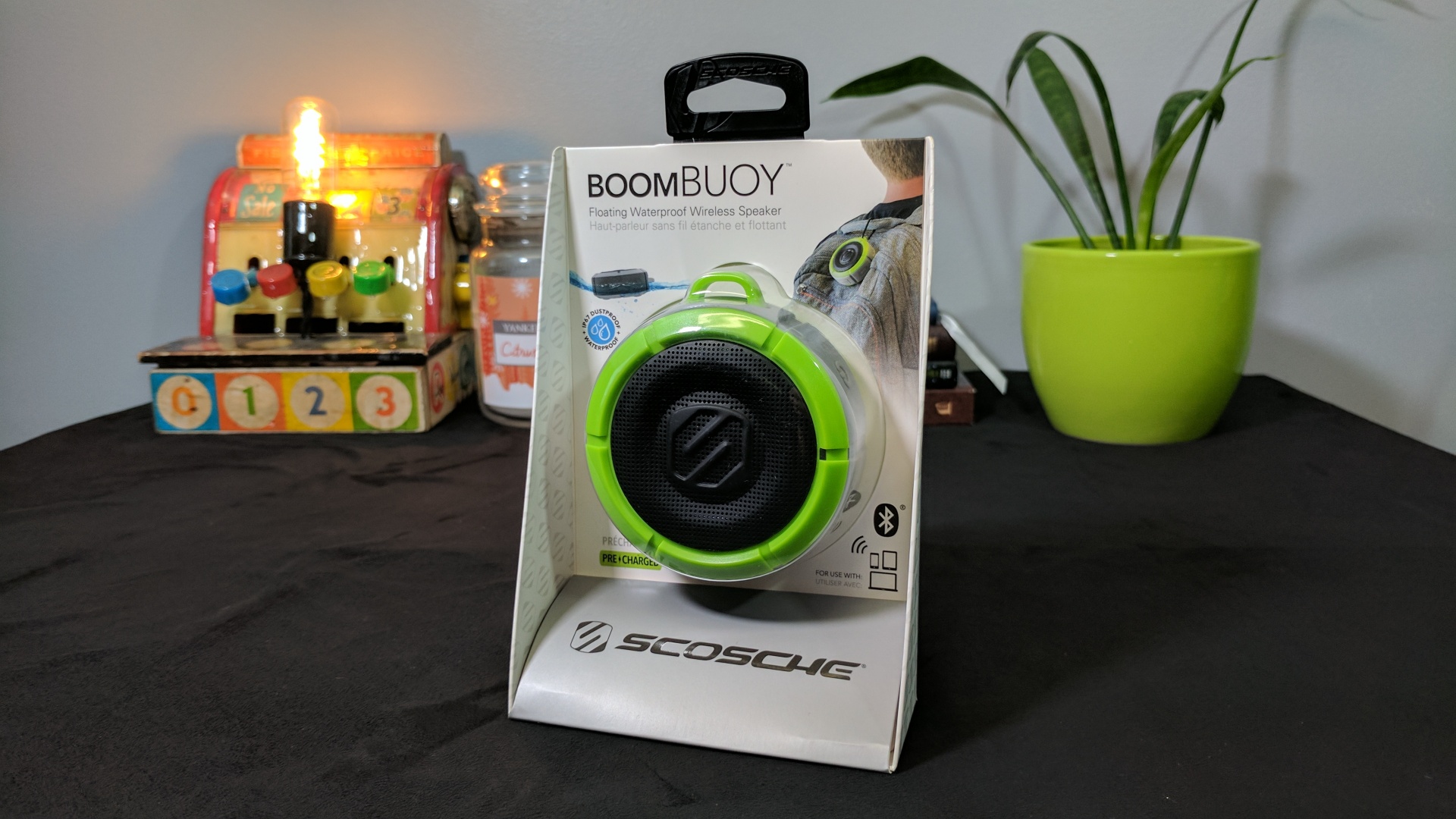 Given its size we didn’t expect a ton of power out of the BoomBuoy. Indeed, it doesn’t get all that loud when used outdoors. If you’re clipping it on your backpack (carabiner included) or waist, you’ll have enough volume to hear things clearly, just don’t expect to really rock it out. On the other hand, should you hang it in the shower, you’ll have plenty to wake yourself up in the morning.

Staying with the topic, we did find the sound to be tinny and grainy but that varied based on music genre. If you’re the kind of person who likes to listen to news and podcasts as you go about your morning rituals, you’ll enjoy the sound; spoken word was a pleasure. On the other hand, you’ll not want to crank this too loudly in places where you plan to have conversation. It’s a good background music source and works better when it’s not the center of attention. 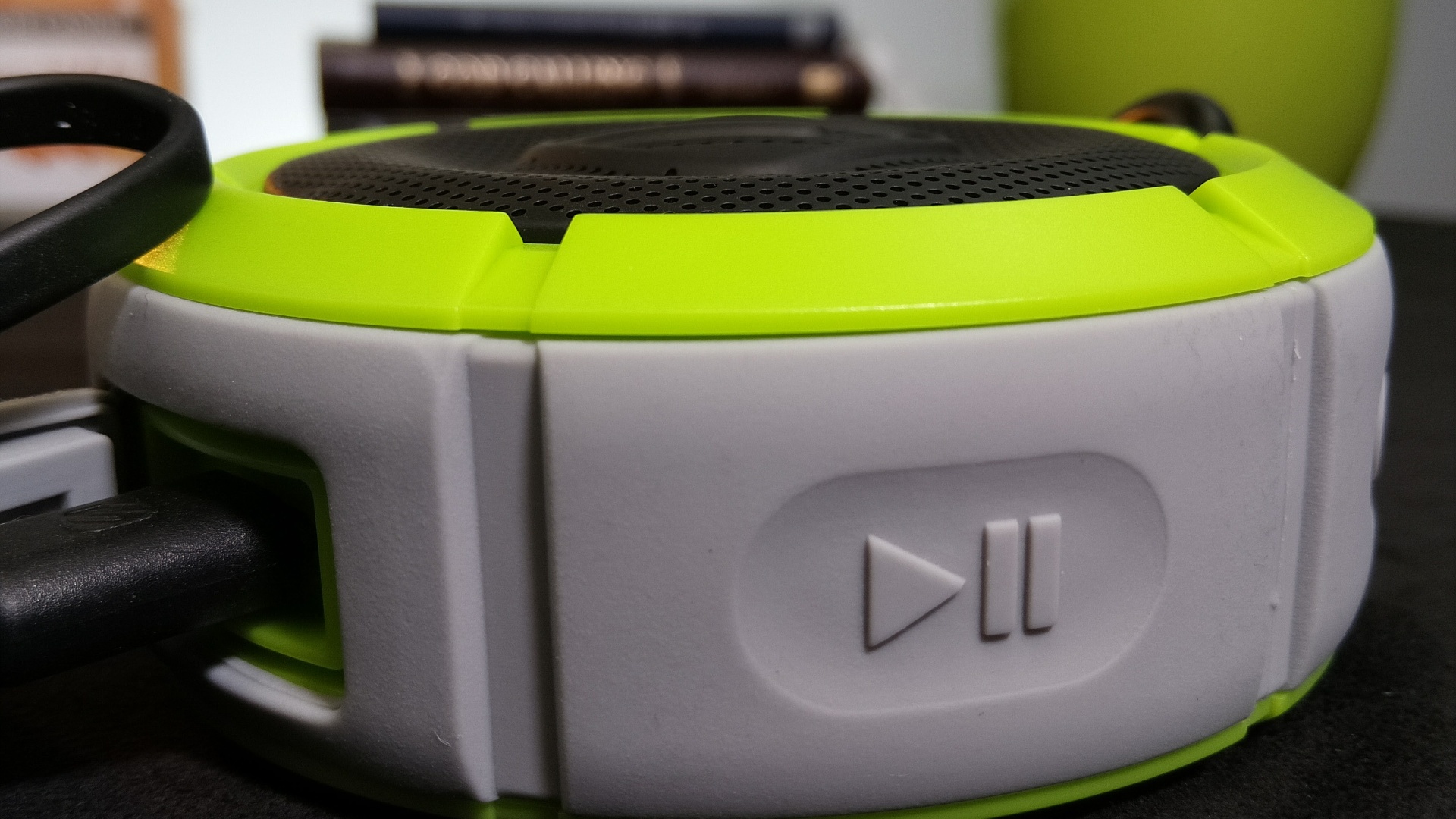 There are a handful of buttons on the speaker that let you control playback. Present are volume up and down, pause/play, and the ability to jump forward and back on tracks. This was a little tricky for us to figure out at first as we learned that volume was maxed out on the speaker. When trying to press the ‘+’ symbol a few times we realized it was skipping songs. Hold the button down, though, and you can adjust volume.

Battery life is rated around seven hours which is accurate in our testing. With roughly an hour a day used in the shower between a family, this should get you through a week on a single charge. Charging is done via the included USB cable. 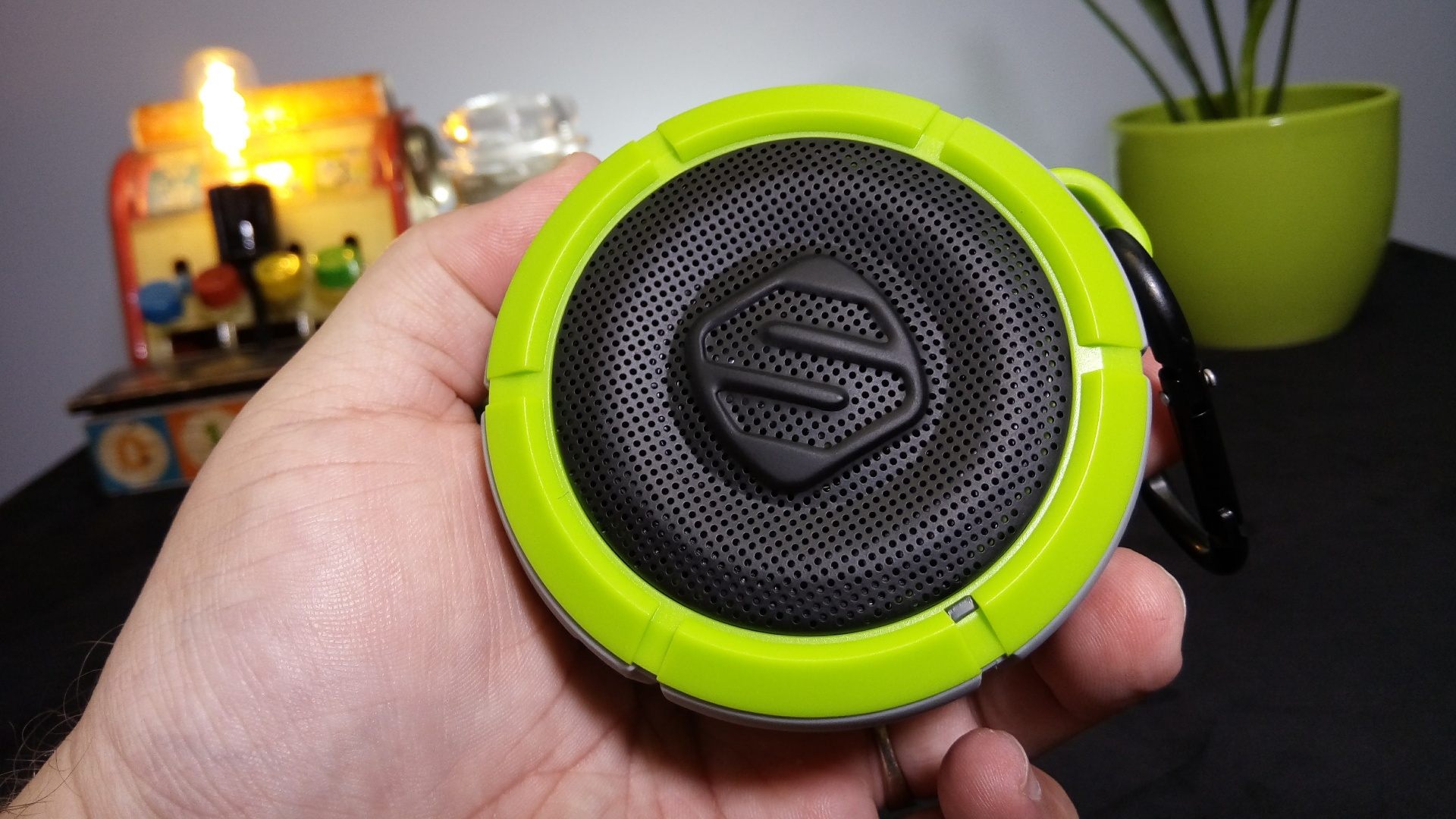 Interestingly enough, the speaker can float in water. The speaker grill points upward and provides the sound for those having in a dip in the pool, river, or bathtub. When done, the BoomBuoy is small enough to throw in a purse, backpack, or pocket.

We found the build quality to be in line with our expectation. At $40 it should be solid enough to take a drop or two in stride and not get scuffed up. This was the case for ours. An accidental fall to the ground (cement driveway) saw the speaker come away without so much as a scuff. The buttons respond nicely to touch and the grille is strong enough to withstand moderate abuse.

The BoomBuoy comes in two color options: black/grey and grey/lime. We tested the latter and found it to be a fun combination that works well in the various environments.

You can purchase the BoomBuoy directly from Scocshe for $39.99. We checked around the various online retailers and did not see it offered elsewhere.

Disclaimer: Our review unit was provided to us at no cost from Scosche. 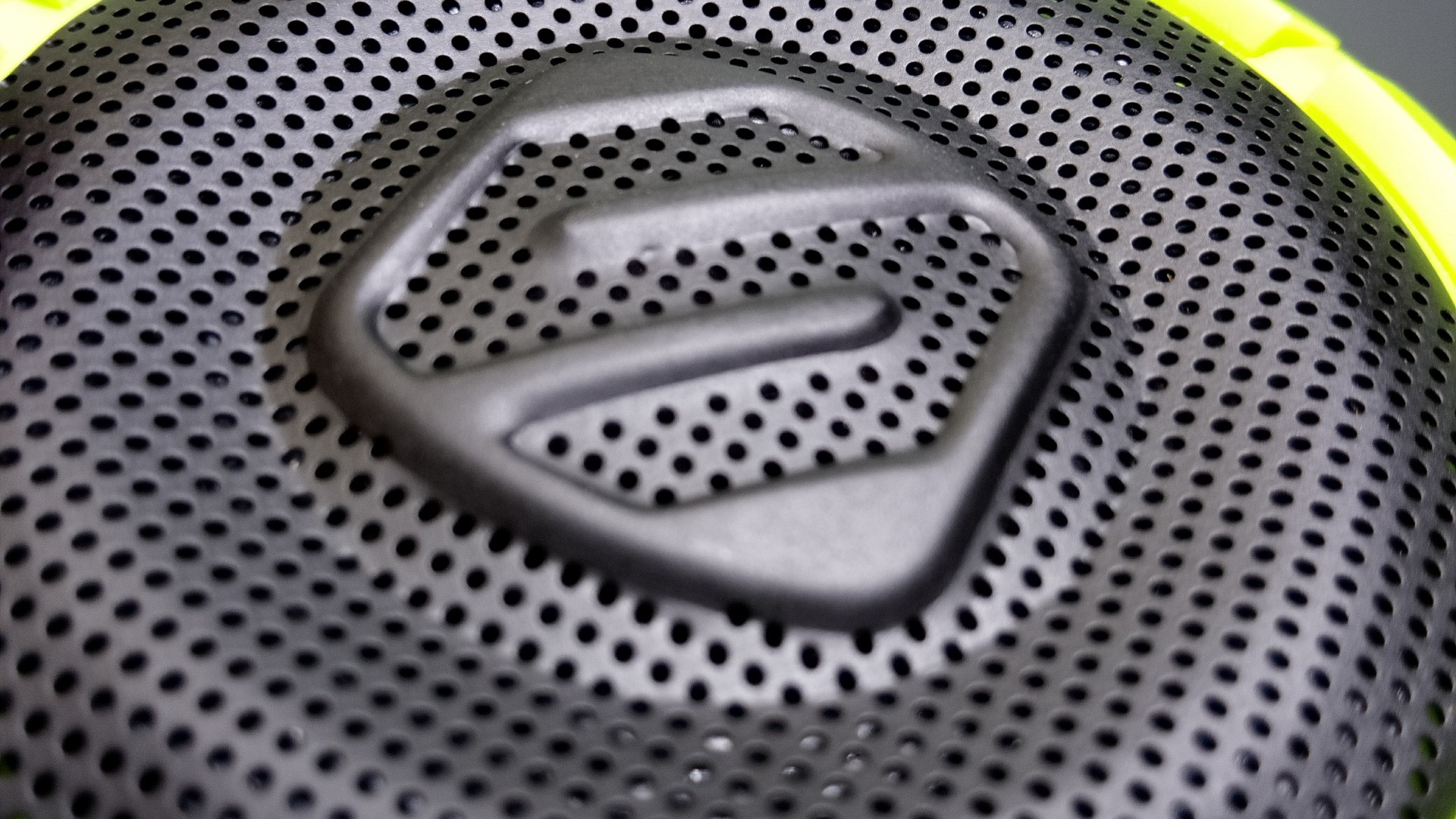