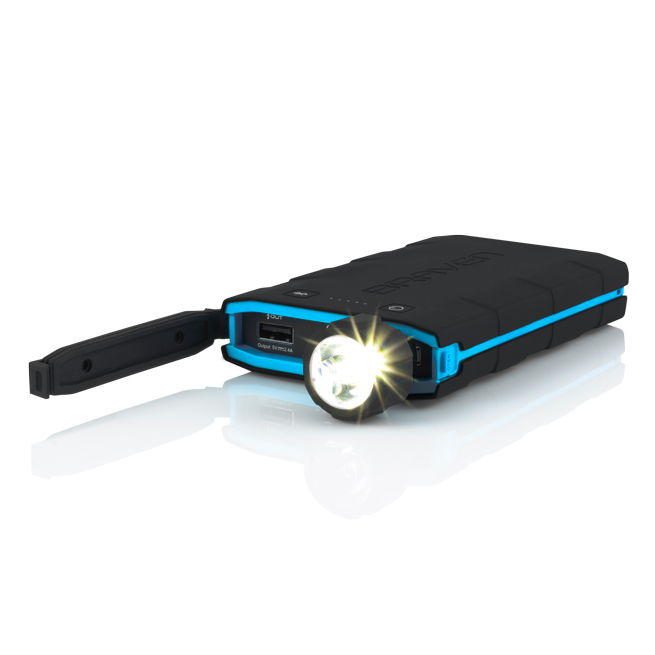 Power banks are a dime a dozen, and with only a handful of phones out there that last through a full day’s use, it looks like they will be around for a while. After sifting through the endless number of power banks at my favorite online retailer, it seems that it will take a power bank with something special to become that diamond in the back-up charger rough. Is the BRAVEN BRV-BANK that diamond? We will review it here at AndroidGuys and find out. 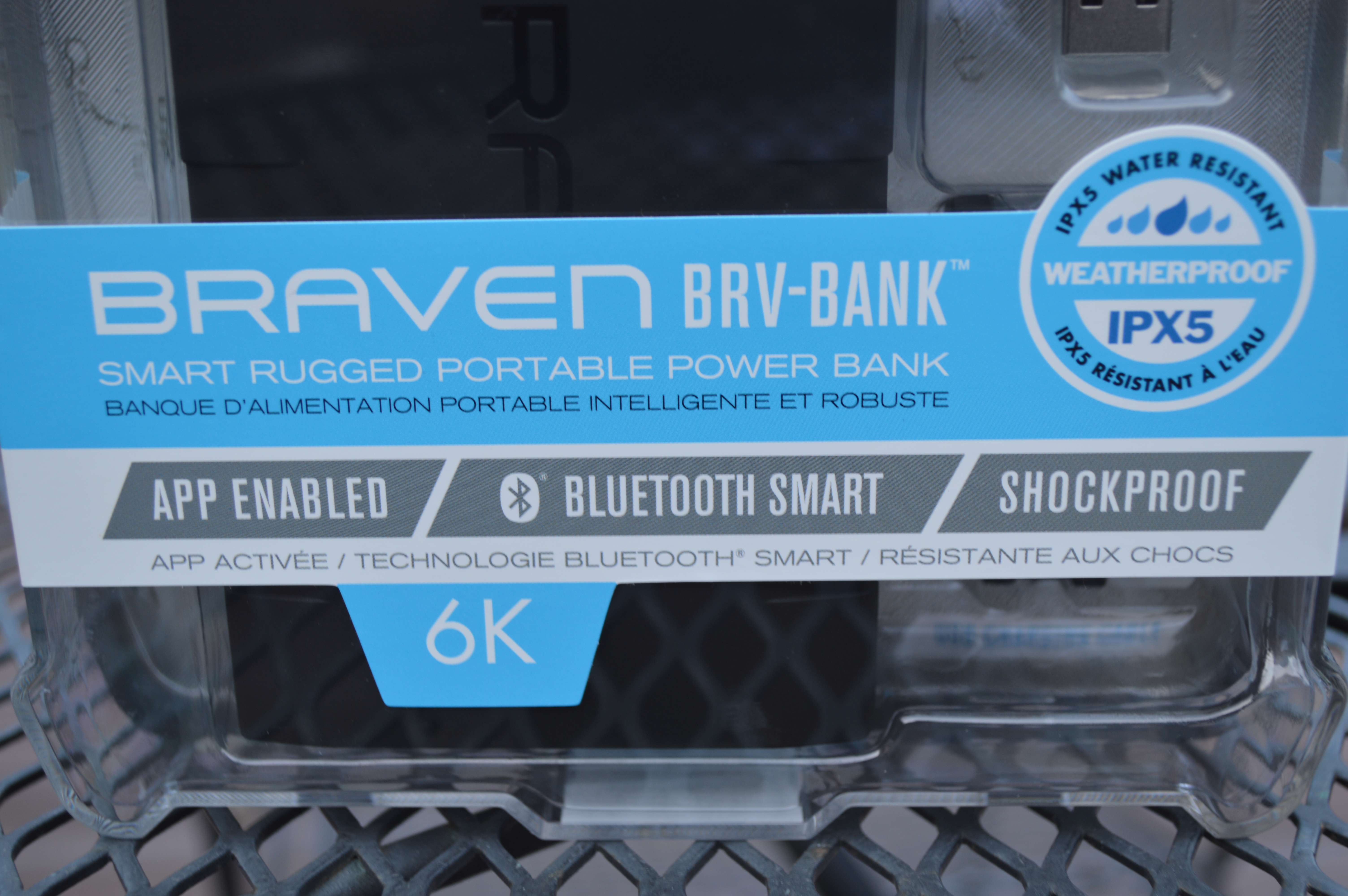 The build quality of the BRV-BANK is unlike anything I’ve seen in a power bank. It is rugged, and it looks and feels sturdy. The shell is perfect for travel as it can take being jostled around in your bag or backpack. It looks like it can take a lick or two and still perform its duties. 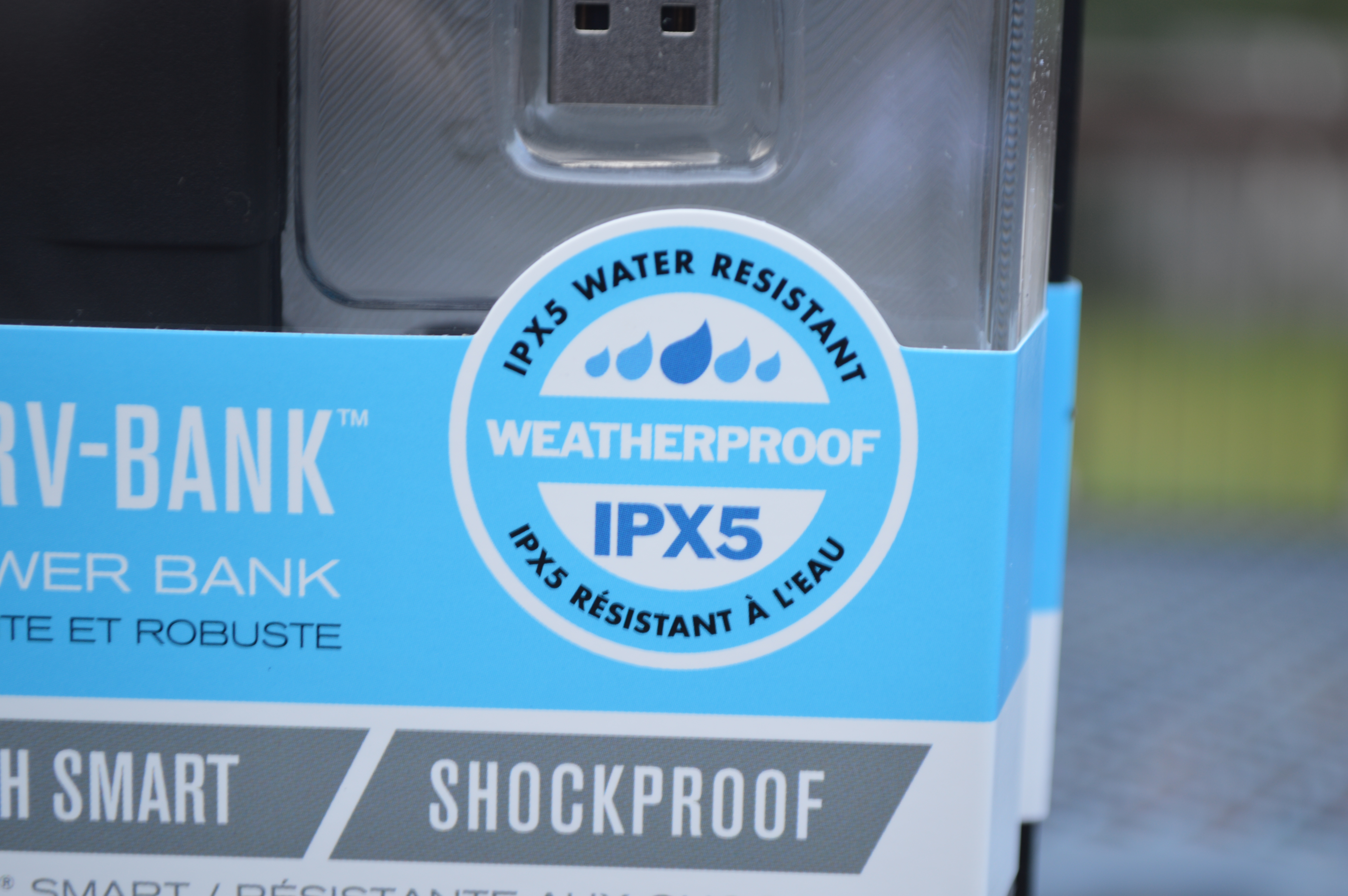 BRAVEN built the BRV-BANK to withstand falls and liquid damage. It is rated IPX5 for water resistance, so you don’t have to worry about being caught in the rain or an accidental dunk in a puddle. This power bank is also shock proof so having it tossed around in your luggage on plane trips shouldn’t be an issue either. The BRAVEN BRV-BANK features Bluetooth capabilities and an Android app to keep track of power usage. You can wirelessly monitor how much charge is left in the power bank, and start and stop a charging device from across the room with just a press of a button. 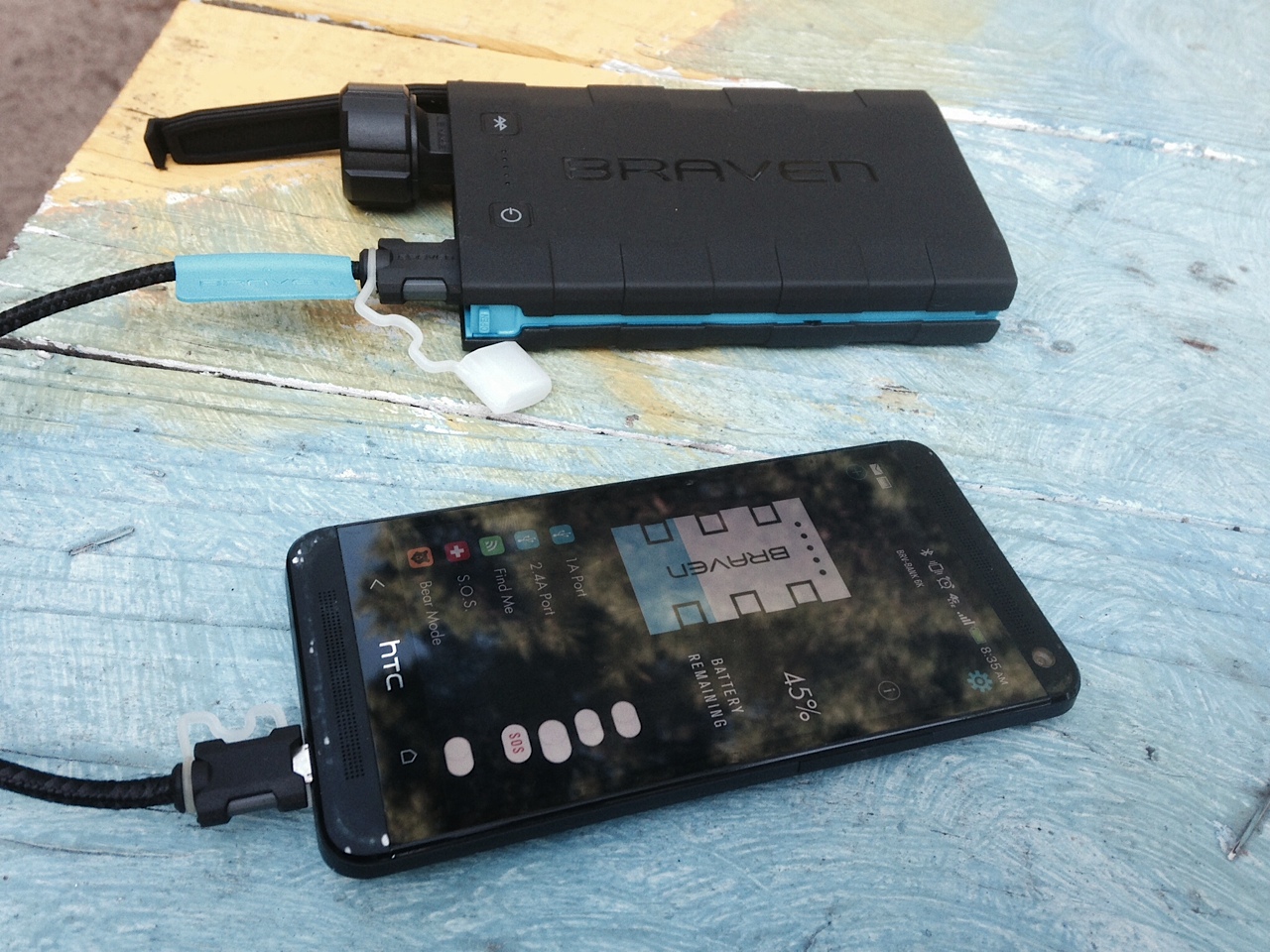 The BRV-BANK also comes with a USB-powered flashlight. I t seems that BRAVEN had hikers and campers in mind when adding the light attachment because the app offers an S.O.S. and bear mode that uses the flashlight feature to send out alerts when danger is near or help is needed. 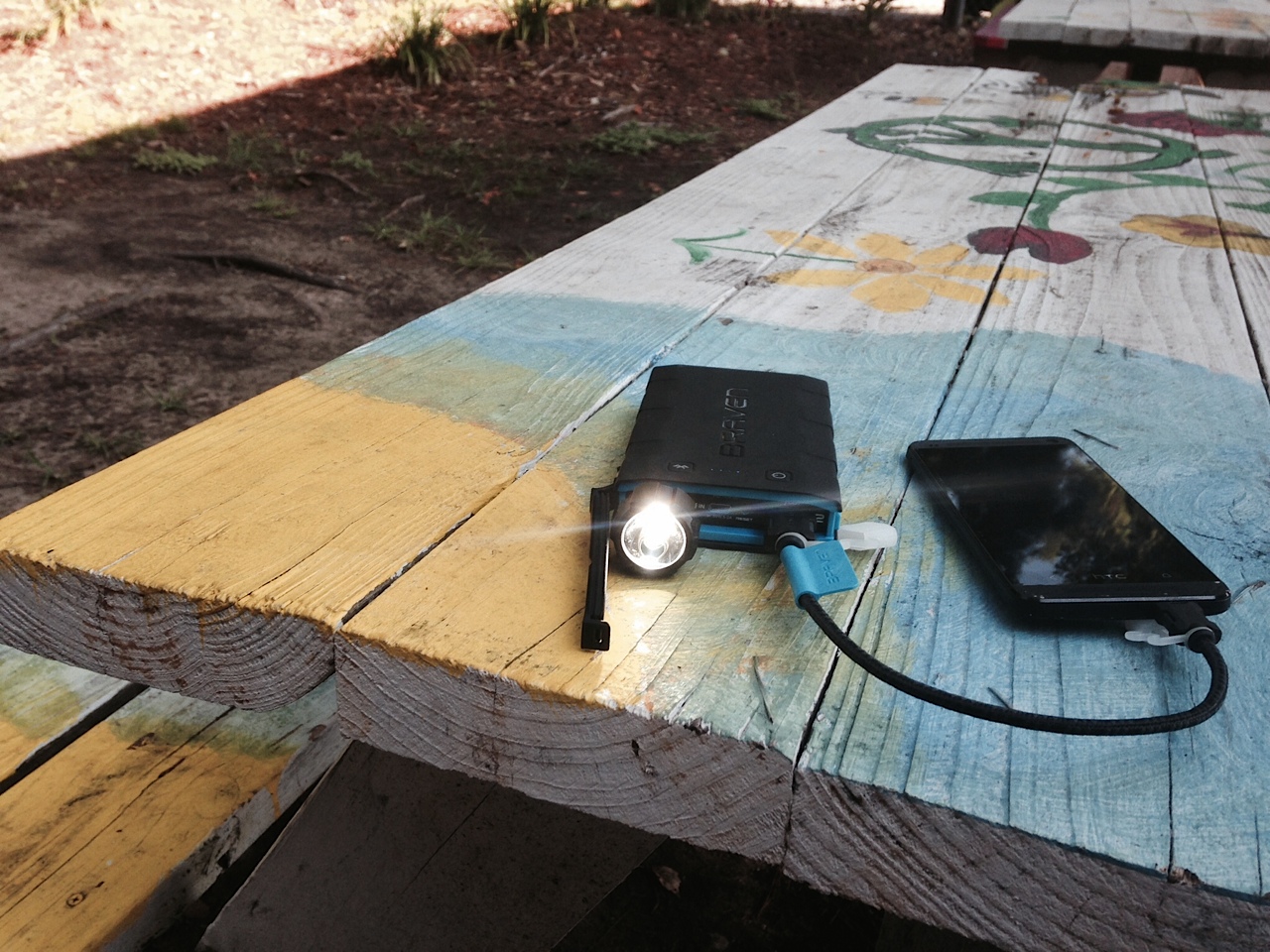 With S.O.S. mode activated, the attached light will flash a distress signal until deactivated. In bear mode, your smartphone acts as a motion sensor, and will send a signal to the power bank when it is moved. The BRV-BANK will then emit a loud continuous alarm and the flashlight will remain on. The power bank even offers a feature called “Find Me” that allows you to wirelessly turn on an alarm to lead you directly to the lost device. In testing, the app and features worked without fail on my devices. I don’t know why, but I was expecting some half-baked attempt at a companion app for the BRV-BANK. However, I was pleasantly surprised by the look and features of the app, as well as the fact that it actually worked.

If all you want from a portable power bank is charging, you would be better off saving a few bucks and going with another brand. If you want a charger that offers some nice added features like the flashlight, remote charging and bear and S.O.S. mode, then the BRAVEN BRV-BANK might be just what you’re looking for. It can handle drops and spills, and has a large feature set for a backup charger, but it just seems like overkill when all most people want is a device that keeps their phone going a few extra hours on a trip. At a price tag of $129.99, I think there are several other lower priced power banks that would satisfy the needs of the average consumer, but if the BRAVEN BRV-BANK sounds like the power bank that suits your specific requirements, you can purchase here.

Gear Up: Braven’s summer line is as sporty as it is practical