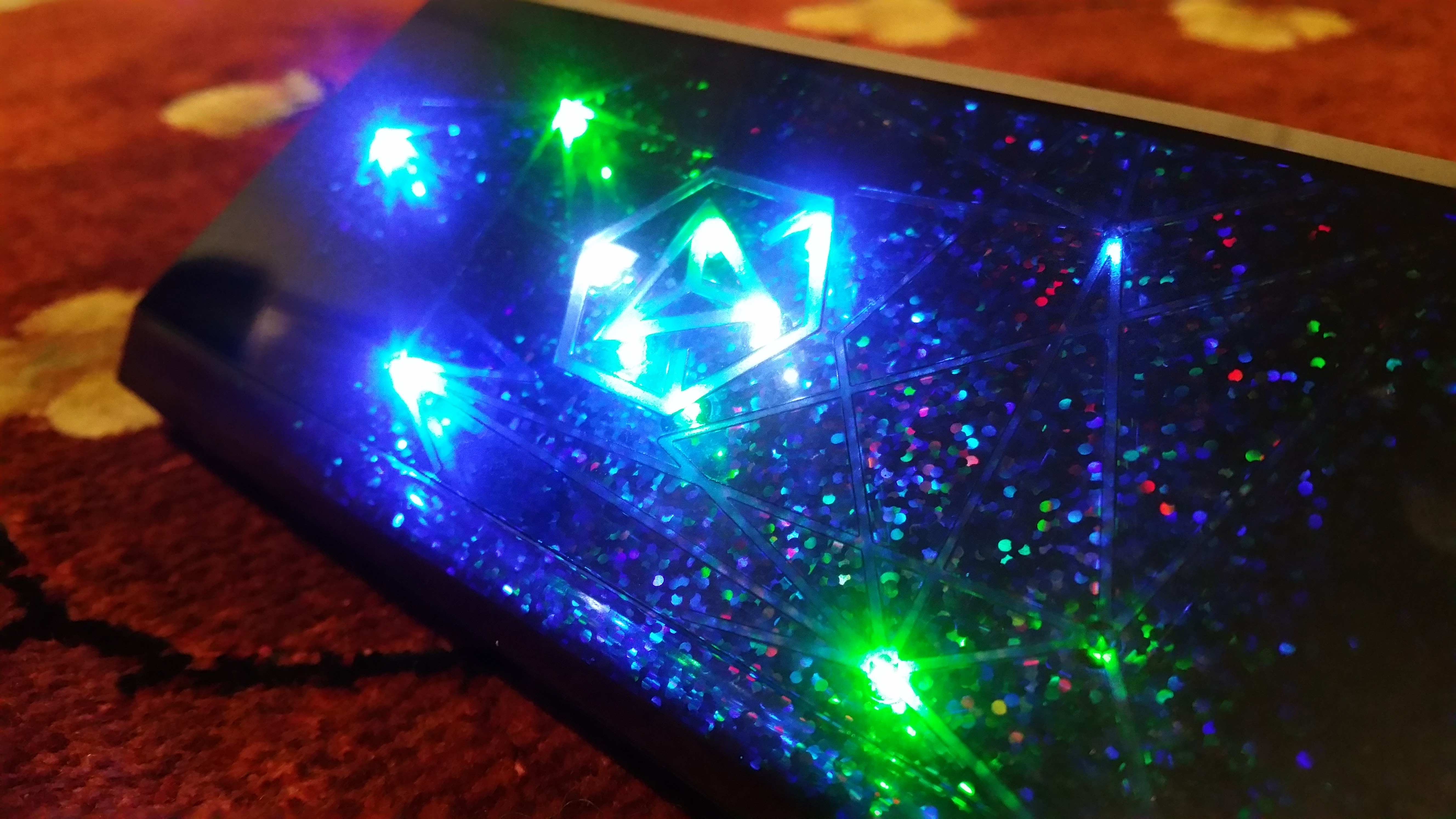 When cheero offered me the opportunity to review its official Ingress powerpack I jumped at the task. Portable batteries are a dime a dozen and offer very little differentiation other than things like outputs and capacity. They have one reason for their existence – to provide backup power when you need it. But in comes cheero with quite possibly the coolest looking portable battery I have ever seen. You don’t necessarily need to be a fan of Ingress to appreciate it, but if you are a fan of Ingress you will love this battery.

Ingress is an award winning, real-world interactive game with over 10M downloads from the Google Play Store. The game is also available on iOS so this battery applies to both Android and iOS users alike. Here is a description from Google Play:

Move through the real world using your Android device and the Ingress app to discover and tap sources of this mysterious energy. Acquire objects to aid in your quest, deploy tech to capture territory, and ally with other players to advance the cause of the Enlightened or the Resistance.

Strategy
The struggle is being played out globally. Track the progress of players around the world, plan your next steps, and communicate with others using an Intelligence map.

What is the Niantic Project?
Is this just a game? An Investigation Board (http://www.google.com/+NianticProject) filled with cryptic clues and secret codes awaits. The story evolves everyday. Powerful secrets and game tech are there to be unlocked.

Form Alliances
The struggle to save the planet spans the entire world. Groups of people acting together can be more effective than individuals acting alone. Cooperation accoss neighborhoods, cities, and countries will be needed to achieve the ultimate victory.

The game was created by Niantic Labs, a startup from Google. Gameplay consists of establishing “portals” from real life places like landmarks and monuments, and linking them to create “control fields” over areas of the map. Progress is measured by how many “mind units” you capture through these control fields. This game spans the globe through alliances and has quite the extreme following. If you haven’t played it, give it a try. It is fun and very unique. Back to the battery. Ingress players travel the map establishing their portals, but that causes serious drain on battery life. You can play the game to your heart’s content, but you will need a battery to match. This is where cheero saw a need for the fanatics of Ingress and released their official cheero Ingress Power Cube.

The cheero Ingress 12000mAh battery is quite possibly one of the coolest looking portable batteries you can buy today. No this isn’t for everyone, as you probably won’t find business people carrying this on them, as it is quite flashy. At first glance, when unboxing the battery looks like most batteries – it is long and rectangular.

As you expose it to light, you can see there is something special in the design with the Ingress battery. You see colorful sparkles from glitter embedded in a clear plastic layer that shows the Ingress logo in the center. That’s the point you realize, this is a special battery.

When the battery is powered on, the Ingress logo instantly lights up with colorful LED lights. By pushing a toggle button on the side of the battery, you can change the color of the LED lights to blue, green, and white. If you hold the button down, the battery will give you a dazzling light show as there are multiple LEDs surrounding the logo which reflect off that glitter. Simply put, this is the coolest light show portable battery you can get your hands on. And if you’re a fan of Ingress this battery was specifically designed with you in mind.

Hardware wise, you can tell cheero took pride in building this 12000mAh battery pack. It is well-built, and feels very sturdy in hand. They also packed quite a bit of juice into this battery which is about the size of my Samsung Galaxy Note Edge, just a bit thicker. 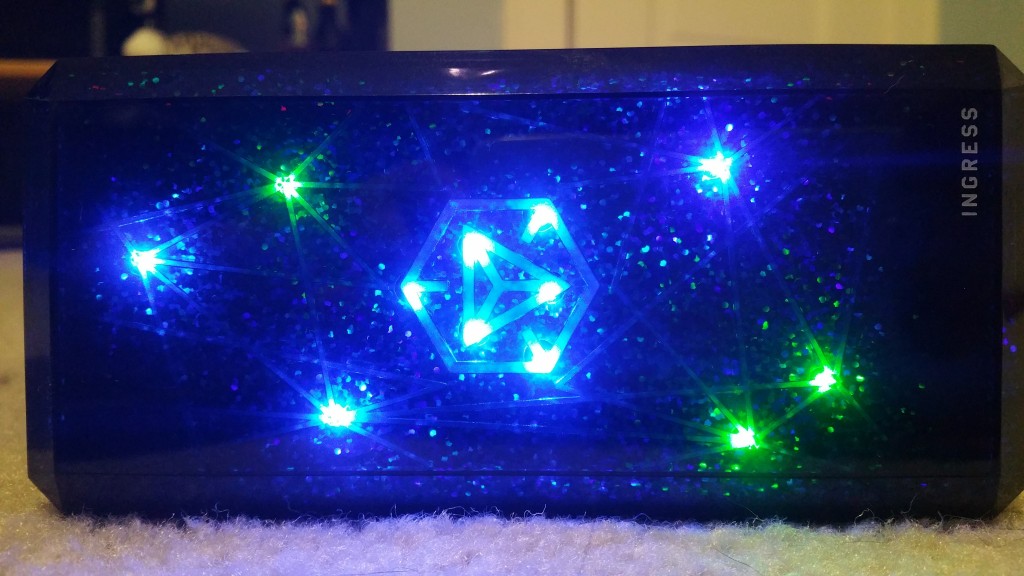 Coming in at 12000mAh, the cheero Ingress Power Cube contains more than enough juice to get me through a few days of use on my smartphone without needing a wall charger. The portable battery provides quite the light show when it is charging your device. It was quite a surprise to me as this type of accessory is not my style. I’m usually quite happy with any power pack, but this Ingress Power Cube is special. I have never seen anything quite like it, and when I was at a local coffee shop working, I was asked several times what it was followed with a few compliments.

The cheero Ingress Power Cube works like all other battery packs. It has a micro USB input for charging with two USB outlets for charging two devices simultaneously. It also works as advertised as I did get 4 refills on my Note Edge battery. If you are a fan and enjoy playing Ingress you need this battery. It comes with unique passcode for an ADA Refactor, Jarvis Virus, and Power Cube for use within the game. Also, priced at $43.99 at Amazon.com, the cheero Ingress Power Cube is quite a deal. Similar sized batteries without the special design, can sell for over $100.

This battery pack isn’t just for Ingress gamers , it is for anyone who needs a portable battery and for anyone who appreciates being unique. I have no qualms recommending this battery to anyone as long as you don’t mind bright LED lights while your phone or tablet is charging. 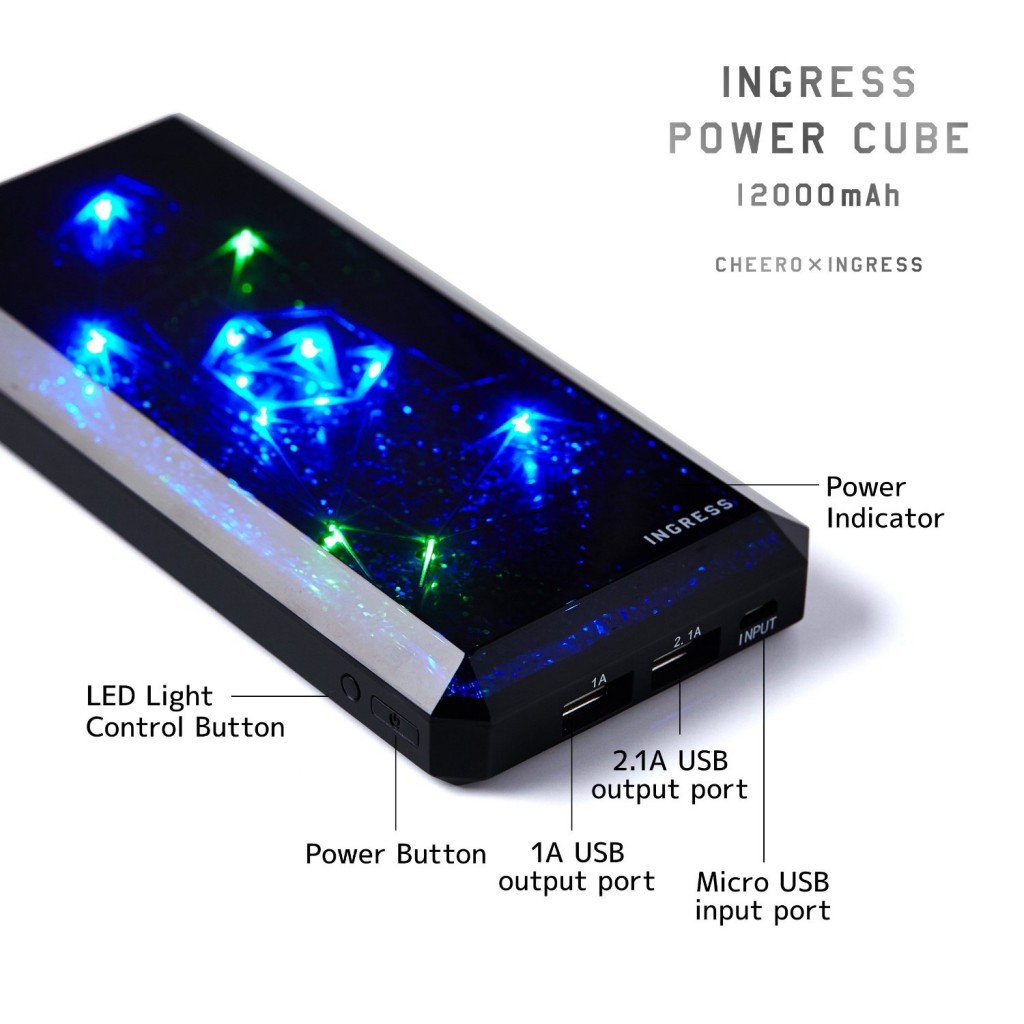 Motorola’s new Polaroid Insta-Share Printer Moto Mod will take you back with $199.99