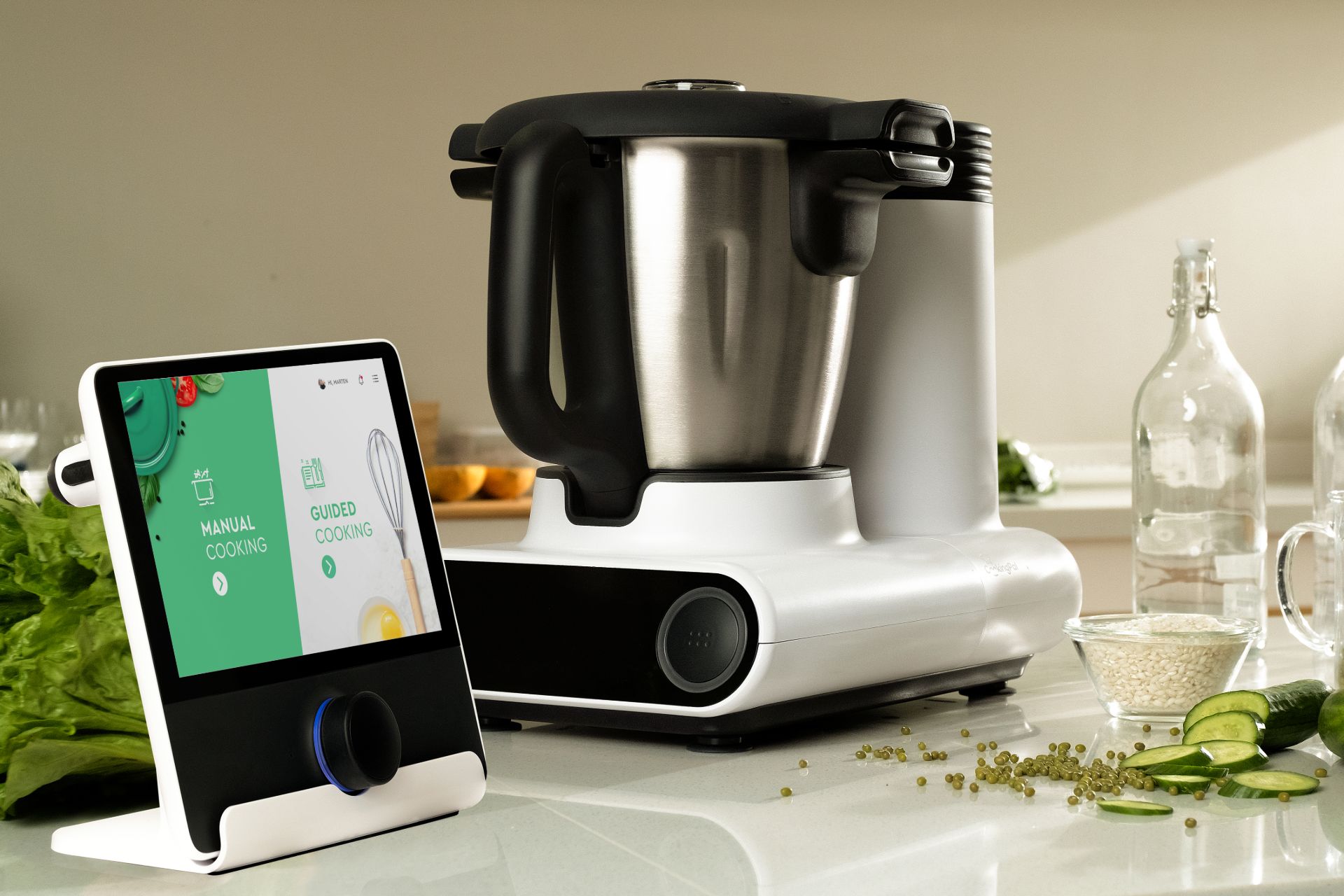 Pretty much anywhere I’ve ever lived I’ve felt like I could use more countertop or cabinet space. Regardless of whether it was a first apartment or the home I currently live in, I find myself longing for more room to work with.

Things get crowded pretty quickly, especially when multiple people are in the kitchen. And if you’re like me, you’ve accumulated plenty of appliances along the way. Toaster ovens, air fryers, blenders, mixers, indoor grills… you get it.

Sometimes I get the feeling like I could just toss all of these gadgets aside and start fresh. Go back to the way things were in the past, you know? How much of a challenge would this actually be?

The Multo, by CookingPal, is the sort of kitchen system that makes it so that you can do just that – get rid of, or sell, your old stuff and start with a better way.

Multo combines more than one dozen appliances and functions into a single unit. Indeed, it can chop, blend, mix, boil, grate, steam and all sorts of other things that are commonly done in the kitchen.

Priced about $1,000, it’s not cheap, but it seems to make sense in the right setting. If you’re just moving out on your own, or haven’t got much space to work with, you’ll appreciate that this system is as compact as it is.

It’s not just a piece of hardware, either. There’s a smart tablet that provides access to a growing roster of 200+ guided recipes across a range of meals and drinks.

Upon unboxing Multo, I feared that it would take up more space in my kitchen than I’d like. It’s a very large and somewhat heavy box to be sure. But considering what it would potentially replace, I understood the space-saving potential.

I was impressed by how modern and clean-looking the device is. It looks altogether minimal and right at home in any environment. Aesthetics aside, I found it to be solidly built with quality pieces and parts.

To use the Multo you’ll begin by plugging in the device and connecting it to the tablet. The tablet is where you’ll find the recipes and how you’ll follow along. Additionally, it works as a timer, digital scale readout, temperature gauge, and other functions.

For my first experience I went with a fairly straightforward recipe of Irish Soda Bread. I found the process to be very easy to follow. Adding ingredients by weight is really cool in that you don’t have to measure out in a separate cup. Simply add it to the mix and you’ll see it show a real-time display of new ounces or grams.

It didn’t take long for me to see the big-picture value in something like the Multo Intelligent Cooking System. The all-in-one approach would free up space for me in the kitchen, sure, but I also think it’s cool to have the recipes and digital approach to cuisines.

As quick as I was to warm to the concept, I also saw a couple of splinters that might pop up along the way. For one, I don’t know how well I would be able to use the Multo outside of the guided recipes.

Can I simply mix, knead, and bake my own version of the bread with my own family recipe? As it turns out you can’t really do that. You have to stay within the confines of the Multo ecosystem.

An experience chef will want to look elsewhere as this one pretty much requires users to color inside of the lines.

The other thing that crept into my head was having this singular device in charge of all of these functions. If it stops working for feature A, it probably means that feature B, C, and D won’t work, either.

To that end, there is a two-year warranty for the electrical and battery-powered components. The accessories, like the steaming tray and tablet mount, are backed by six-month coverage.

Were I to have reviewed the experience and recipes six months earlier I suspect I would have felt less enamored by the Multo. Fortunately, somewhere over the last few months the company began adding five new recipes to its library each week.

Cleaning the system is pretty interesting as the bowl can clean itself with a quick or deep mode. Just add hot water and dish detergent and let the Multo handle everything else. All you have to do is pour out the water and maybe wipe it down. It definitely beats scrubbing by hand.

I can certainly see the benefit of having one of these in the kitchen, especially if it’s not a fully established one. Those who are starting out on their own might appreciate not only the space savings, but the simplicity and future-proofing.

The self-guided recipes are fantastic for folks who don’t feel confident in their own culinary skills or have not ventured far beyond the microwave.

If I were to offer a suggestion to the CookingPal team it would be to partner with a Hello Fresh or Home Chef outfit who has its own recipes. I can imagine some sort of scenario where people might be able to rent or lease the equipment in the same place where ingredients and groceries.

On its own the Multo is a pretty pricey endeavor at $1,000. Breaking it down with a monthly rate plan is much more palatable. Either way, it can be less expensive than purchasing a number of other appliances over time.

CookingPal’s ‘Julia’ aims to reinvent cooking in the smart era