With laptops and tablets becoming super portable workstations, writing stuff down with pen and paper seems to be going away. Looking around in any of my classes, I can see the majority of students are either typing things out on a laptop or tablet, some writing with a pen and paper, and some not taking notes at all.

Even with studies and teachers telling us that taking handwritten notes results in better retention than mindlessly typing out whatever our teachers says, writes, or puts in a PowerPoint, we continue to rely on our devices to serve as a stack of notebooks. Of course, there are some compelling reasons to store your notes on a device rather than in a notebook with the biggest being security.

When I take notes on my Surface Pro 4, everything I type is immediately backed up to the cloud. If something were to happen to my computer, I could easily access all my notes from my phone or another computer. If your notebook gets stolen, ripped, or rained on, you are out of luck because those notes are only stored in there.

The N2 is attempting to bridge the gap between typing and writing by offering a streamlined way to digitize your handwritten notes and back them up to the cloud.

The design of the N2 is sleek and stylish. With the cap on, it does not look my different than an average pen aside from being slightly taller than normal. The body of the pen is made from aluminum and is triangle shaped to make writing with it more comfortable and easy. At the back of the pen, you will find the microUSB port for charging the device along with the button for powering it on and off. There is also an LED that signals if the pen is on along with some other cool features I’ll discuss later. 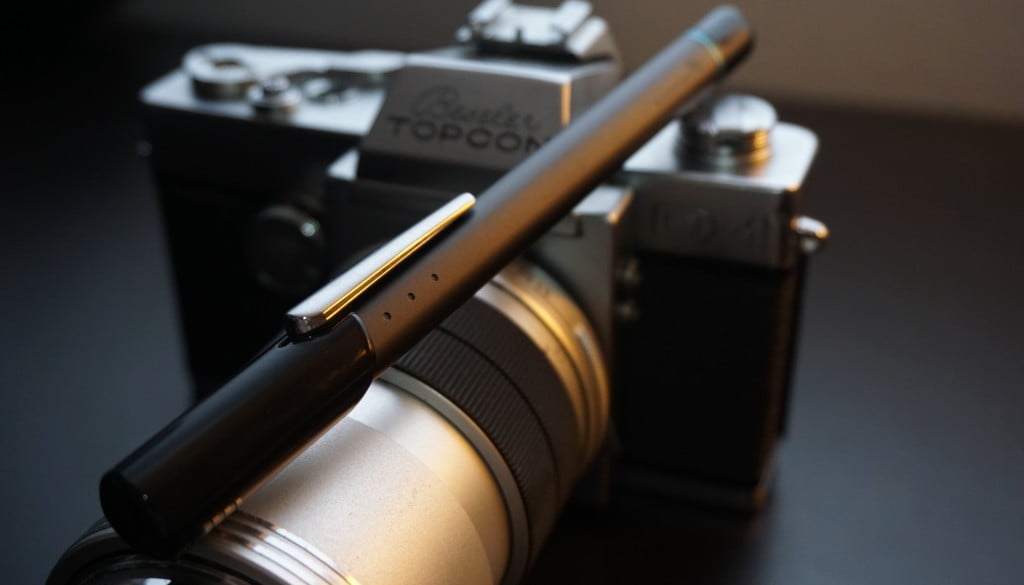 Take the cap off, and you will see that the N2 is not a normal pen. Under the actual pen tip is a sensor that is used to record everything your write, doodle, and sketch on an N2 notebook. The pen itself is actually a standard refill type that you can buy at your local office supply store which is a nice surprise instead of having a proprietary pen refill.

The overall design and build of the N2 is sleek and professional. It is light enough to use without your writing suffering and the weight is spread out well to keep it from toppling out of your hand. Writing with the N2 has been as enjoyable as any other pen I have used.

Setting up the N2 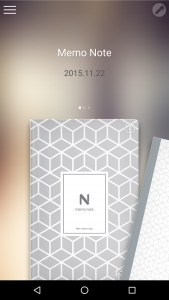 The N2 comes with a Neo Notes companion app for Android and iOS which is where all of your notes will be backed up to. The N2 pairs with your phone over Bluetooth, and the pairing process is simple and straight forward. Open the app, turn on the pen, and it basically takes care of the rest.

You can connect the Neo Notes app with your Evernote and Google Drive account to have your notes automatically backed up to one or both of these services. It is an extra level of security in case you cannot access your Neo Notes app to view your notes.

The app keeps itself and the pen up to date. It will alert you whenever there is an update to the firmware of the pen so that you can download it and always stay on the latest and greatest.

What makes the N2 special is its ability to digitize all of your handwriting into the Neo Notes companion app on your phone or tablet. In order to get the N2 to recognize your writing and digitize it, you have to use an N2 notebook which come in several sizes from pocket notepads to spiral notebooks. If you would rather not purchase separate notebooks, there is a free application for Widows called N Toaster that allows you to print N2 paper from your own home. 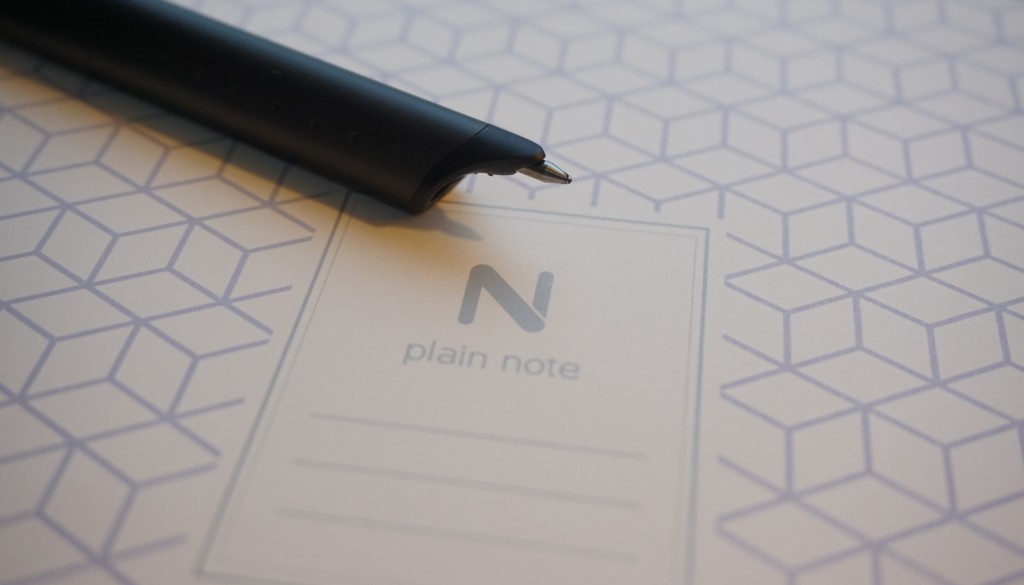 I have to archive each notebook in the app after I use it and unarchive the notebook I need to use to keep all my notes in the right book. If you are forgetful (like me), you could easily forget to change notebooks in the app and have your biology notes in with your marketing notes. There is also no way to move notebook pages between books in case this happens.

This being said, using the N2 is an awesome experience which is only slightly dampened by the notebook switching difficulties. If you have the Neo Notes app open on your device, you can watch yourself write in real time in the virtual notebook. While this isn’t actually a useful feature of the app, it is still pretty cool to see how little latency is present between writing in a notebook and your writing showing up in the app. 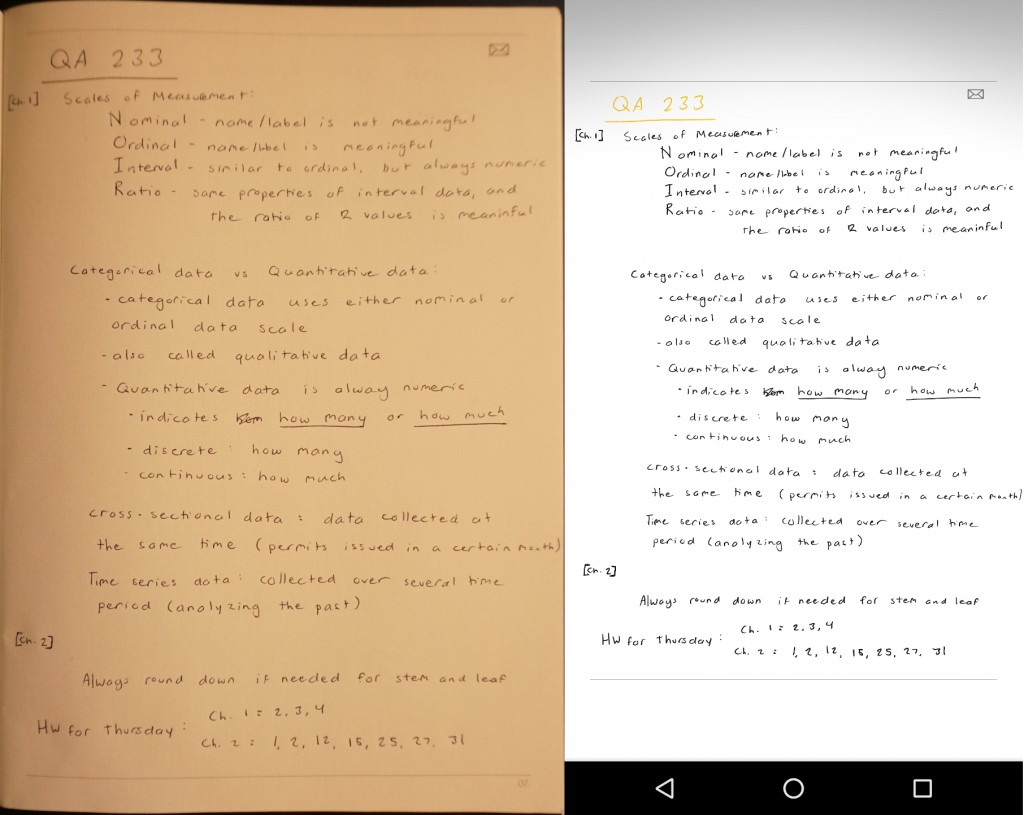 The N2 has built in memory so that you don’t have to have the pen synced with your device to have your notes saved. Once you connect back to your phone, it will sync all the pen data to the app in the background.

As far as battery life is concerned, the N2 is good, but it will not be setting any records. The N2 is touted as having about 8 hours of battery life when in use, and I would say that is right on the money. I kept the N2 in my bag and used it in two of my four classes. I needed to charge it about one or twice a week which worked about to around eight hours of class time between charges. You can monitor the battery level of the pen within the Neo Notes app.

There are actually several useful features in the Neo Notes app itself. First off, you can have your notes backed up to your Evernote and Google Drive accounts. This will put pictures of each page of you have and upload them to whichever app you select.

When writing in a notebook, you can change the pen color and line thickness in the app so that when you view your notes later in the app, you can have different parts of your note in different colors. However, you must have the app opened when writing because the selections for color and thickness are only available then. When you change the pen color in app, the LED on the N2 will change to display whatever color it is writing in which is quite useful. 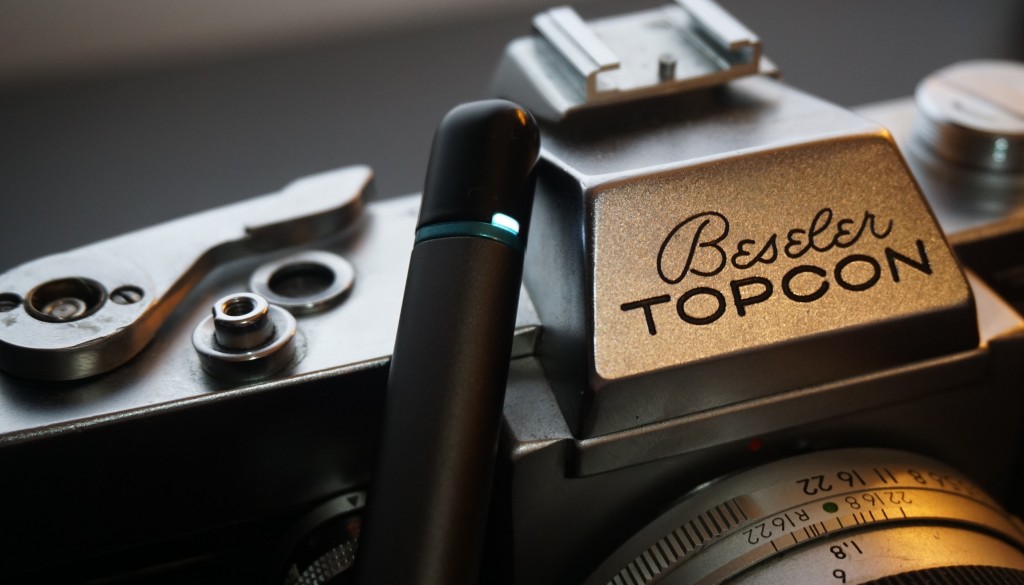 You are given the option to record audio as you take notes by pressing the Voice button in the app. Unfortunately, there is no mic on the N2 and the recording relies on your devices microphone for audio. This means you will need to have your device out in order for any recording to be audible.

When you go back and review your notes later, you can play them back and watch the app replay your notes in the order you wrote them. You can also play back the recordings which will highlight whatever you were writing down during each part of the recording. This is a great feature for students who can record their professor as they take notes and go back later to follow along with the recording of their teacher.

There are a couple of extra features in the app such as Edit or Transcribe, but I did not find them to be useful for me. Edit allows you to change the notes you took in the app, but it was just too difficult to use on a phone screen. It was simpler to open the notebook back to that page and edit whatever needed to be done in the physical notes. Transcribe will convert your handwritten notes into text, but if your writing is as bad as mine, your results will look like some sort of alien language. If you happen to have handwriting on the neater side, then this feature might prove useful to you.

While the Neo Notes app comes with all the features you could look for and more, it is in desperate need of a design refresh. For a device so sleek and stylish, the app itself lacks the same polish and almost appears unfinished.

After using the N2 for a couple of weeks both in and out of class, I can say that I am impressed with what the N2 has to offer. Its fantastic handwriting digitization, feature filled app, good battery life, and Google Drive/Evernote integration all wrapped up in a premium, sleek package made for an amazing writing experience. Sure, the app could definitely go for a design refresh and a couple of features that could have been improved, but my overall impression of this pen is high. 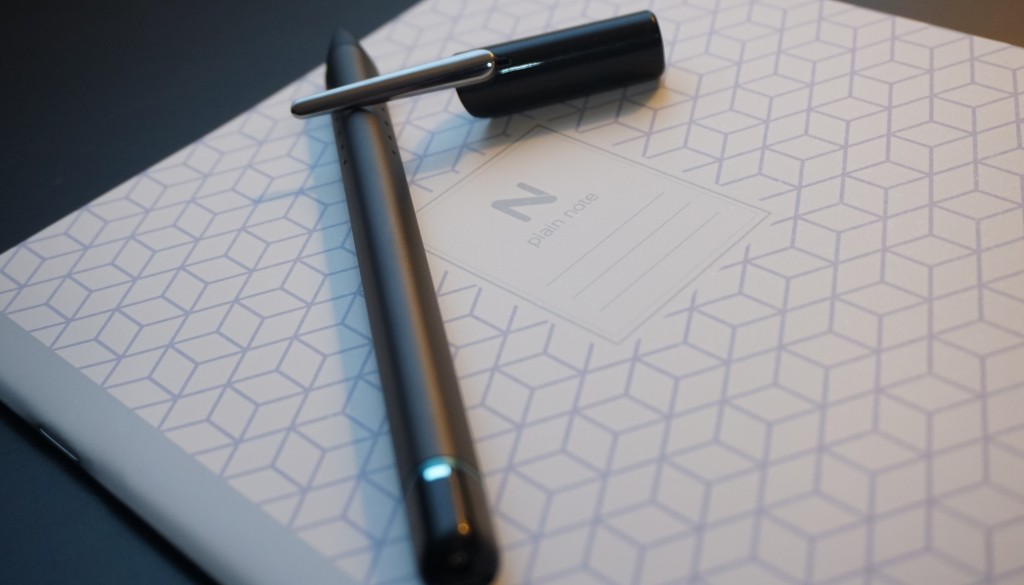 For students, this pen gives them the security of backing up their class notes while still letting them hand write their notes for improved retention. The N2 tries to blend old school note taking with new school technology, and it pulls it off with elegance and simplicity. If you are interesting in getting your hands on an N2, you can grab one for $140 from Amazon right now in either black or white. This will come with everything you need to get started including a small notebook. You can grab some extra notebooks from Amazon, as well.

Buy your N2Buy Notebooks for the N2