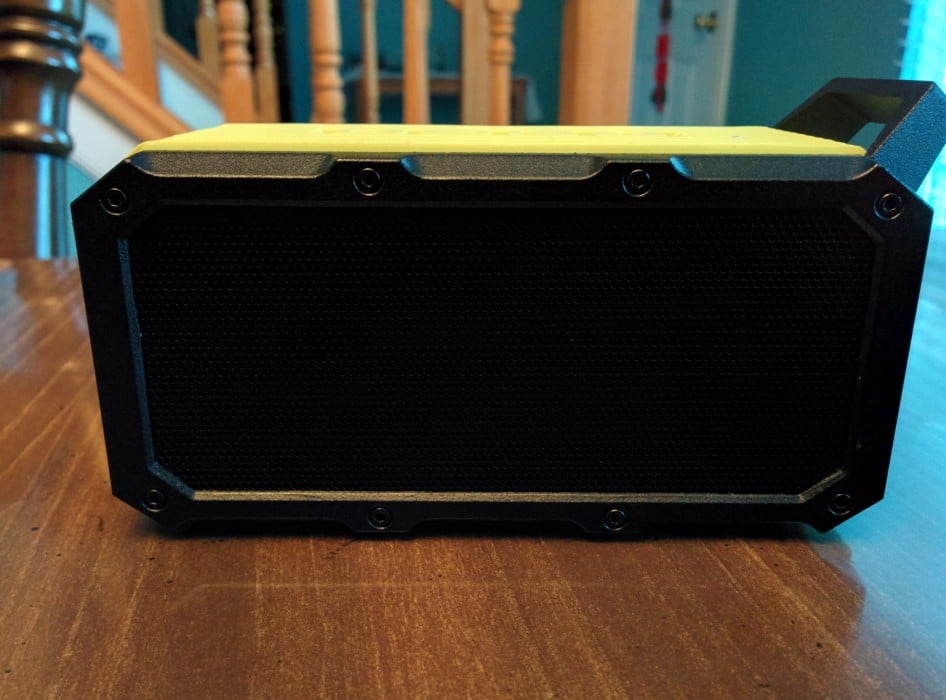 The Voombox-Ongo rugged bluetooth speaker costs $79.99 on Amazon.com, which puts itself in the medium-premium speaker market. For the size of the speaker itself, there are others out there that are bigger but cost less. The impressive thing about the Voombox-Ongo, however, is the volume and sound that is pushed out in it’s compact package, as well as it’s durability.

Available in multiple colors; Smart Black, Hot Orange, Vermillion Red, Light Blue and Light Green, the rugged speaker is built to take a beating. It has a weather resistant rating of IPX44 and can be used to take camping or use by the pool or beach. This is not to be confused with WATERPROOF, as it is not meant to be completely submerged in water. While I have not tested exactly this, I have poured a pitcher of water over it, taken it outside and rolled it around in the grass, and used it while riding a bike (yes, this thing has a bike mount). While I think riding a bike with a speaker attached to you is a bit odd, some people just may not be into headphones. All I have to guarantee is, you have nothing to worry about when using this device in the great outdoors. 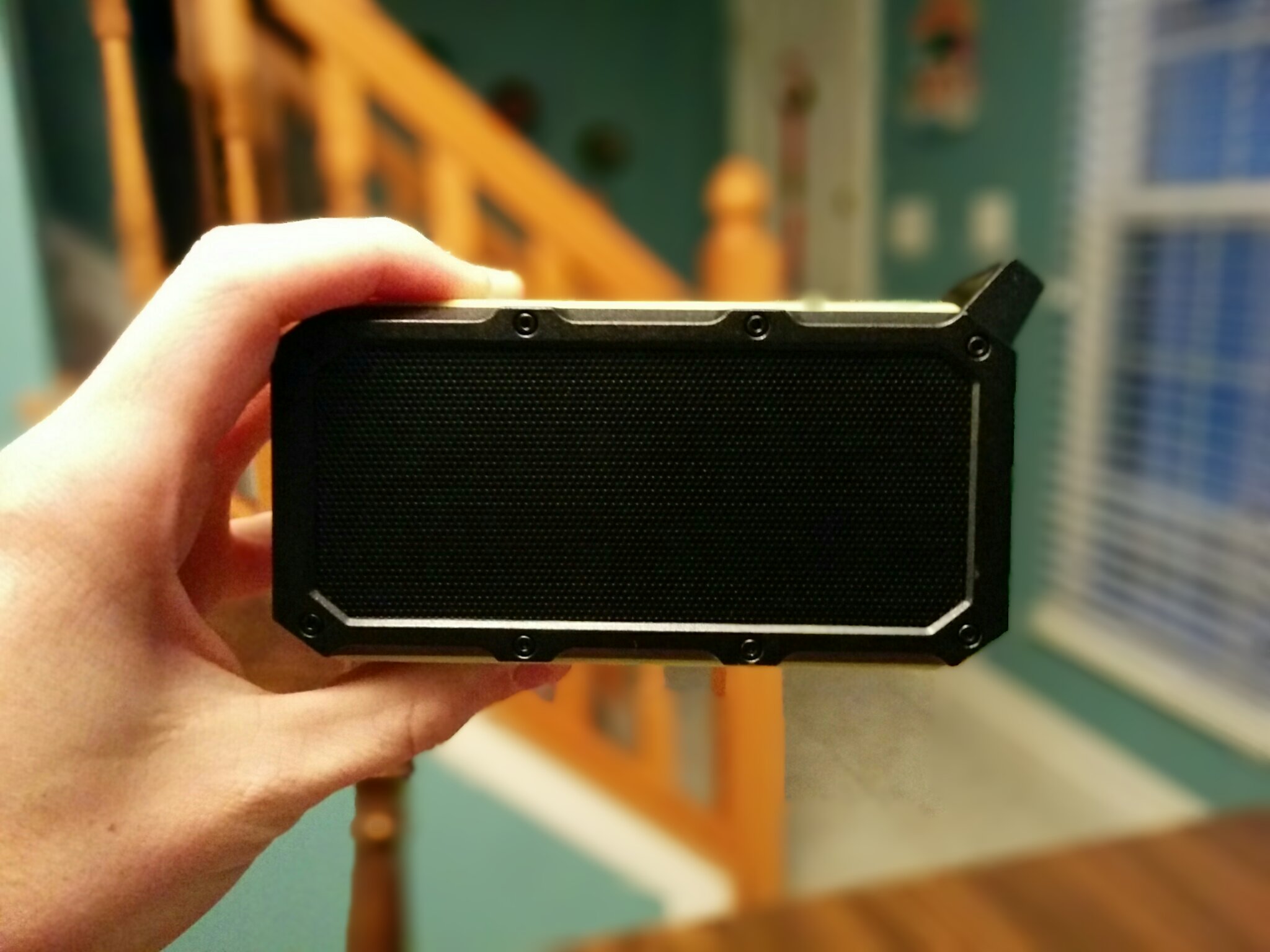 Sound quality was impressive. I played a variety of tunes through Bluetooth 4.0 with my phone, which included some reggae (J Balvin-Ay Vamos), techno (Louie Cut- Drop That), folk (Jerry Folk), and rap (Rap God- Eminem). The speaker excelled in filling the room with volume, but definitely didn’t produce sound loud enough for a house party of any kind. Vocals were a strong suit with the Voombox, as listening to the lyrics sounded quite crisp. I was also very pleased with the sound of guitars and saxophones with the Voombox. I listen to a lot of bass-intensive music, such as trap-dubstep and the kind of music you hear at ragers, so I always test this kind of music on the speakers I review. The Voombox-Ongo met my expectations for a bluetooth speaker with its built-in passive subwoofer and two 1.5 drivers. It shouldn’t exactly be used for this kind of music, but I was happy with the bass it was able to bump out, even if it didn’t quite get me dancing.

Divoom advertises the speaker as having 8 hours of continuous music playing, but I was able to squeeze just over seven hours with bass intensive music. For lighter, acoustic music and with slightly lower volume, I was able to get eight hours and fifteen minutes.

The Voombox-Ongo also has a built-in microphone to give you the ability to take calls. While I tested one phone call, my recipient mentioned it was a bit hard to hear if you were too far from the speaker, while my Nexus 5 was able to pick up my voice just a little bit better. Using the speaker is very simple, even when not using it as a speakerphone. There is only four buttons on it: the power button, play/pause button (which is also used to answer the phone and hangup), volume up (hold the button for next song) and volume down (hold for previous song). 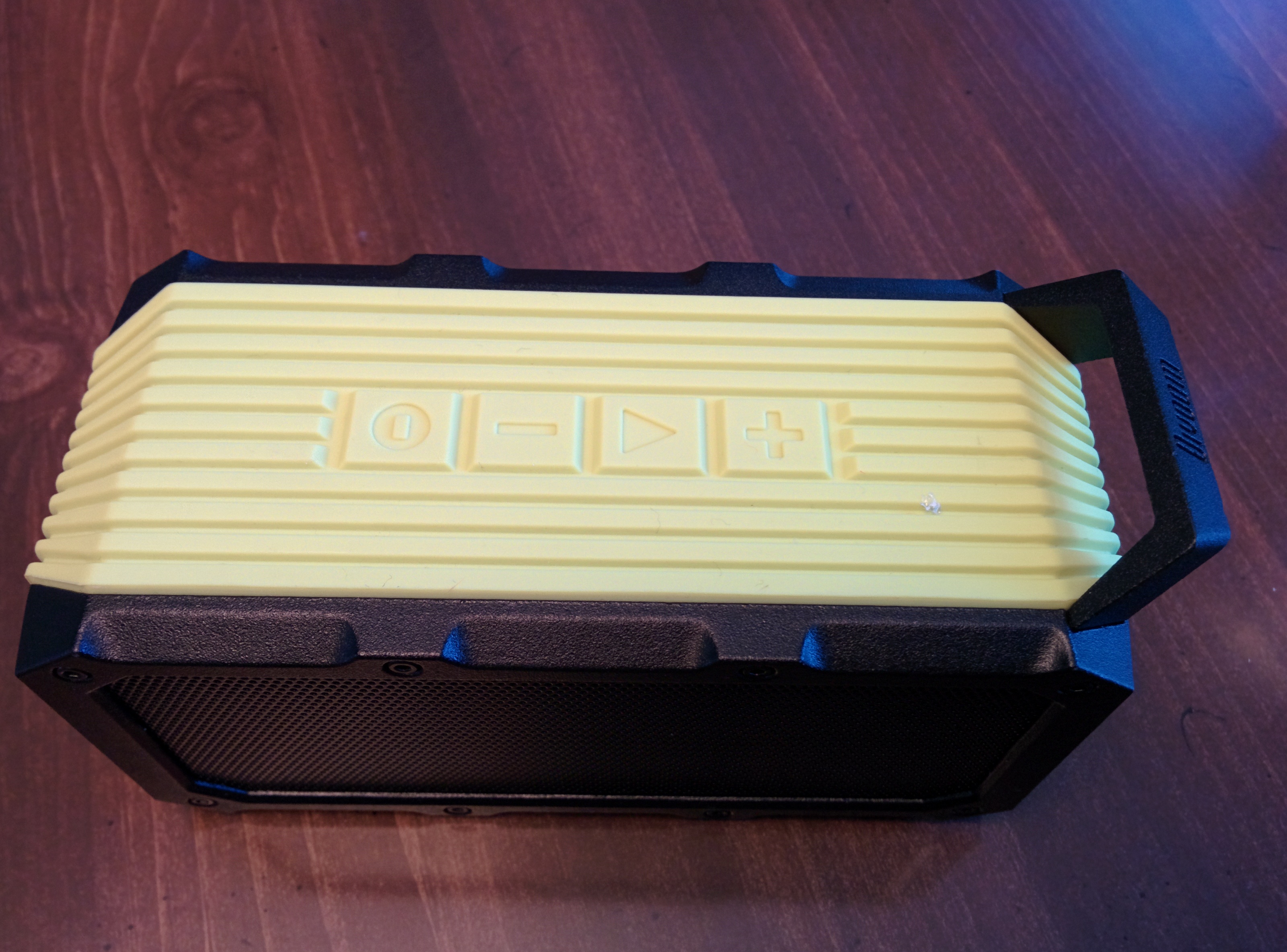 The Voombox-Ongo might be a bit pricey for a consumer looking for a simple rugged bluetooth speaker, but the quality is there to match it. You’re getting a weather-resistant speaker with pretty loud and detailed noise that’s easy to use by anybody. If you’re planning a camping trip or thinking about taking some music with you for a biking trip, consider the Voombox-Ongo as a valuable option in the bluetooth speaker market. You can visit Voombox-Ongo’s webpage here