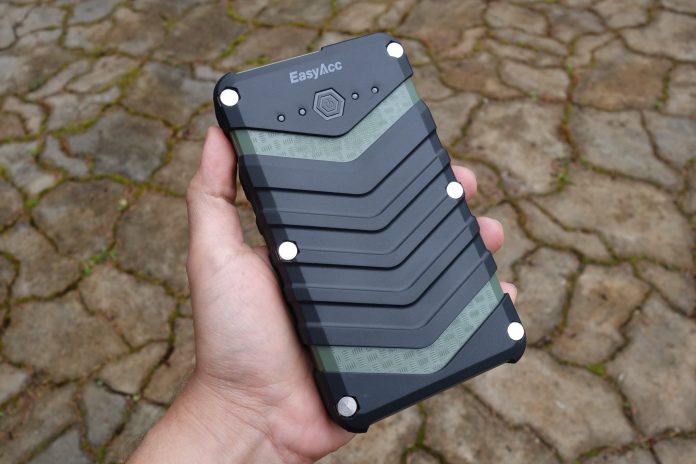 Battery life on smartphones has gotten better, but at a snails pace. Running out of juice is still a pain-point we all face. Hence, power banks are still useful and aplenty in the market.

Because of that fact, these days we see power banks push the capacity limit while not driving up the price. One we’re reviewing today is produced the mobile accessory manufacturer, EasyAcc. You have probably caught wind of its products on Amazon. One of its top-end is a battery pack that is rugged and holds a whopping 20,000mAh capacity. Let’s check it out.

When I opened the box up, my first impression of this beastly power bank was “This thing is a tank!” I bet that’s the kind of response EasyAcc was looking for. It’s pegged as a “rugged” device, so if you’re looking for a slim, compact battery pack, you’ve come to the wrong place. 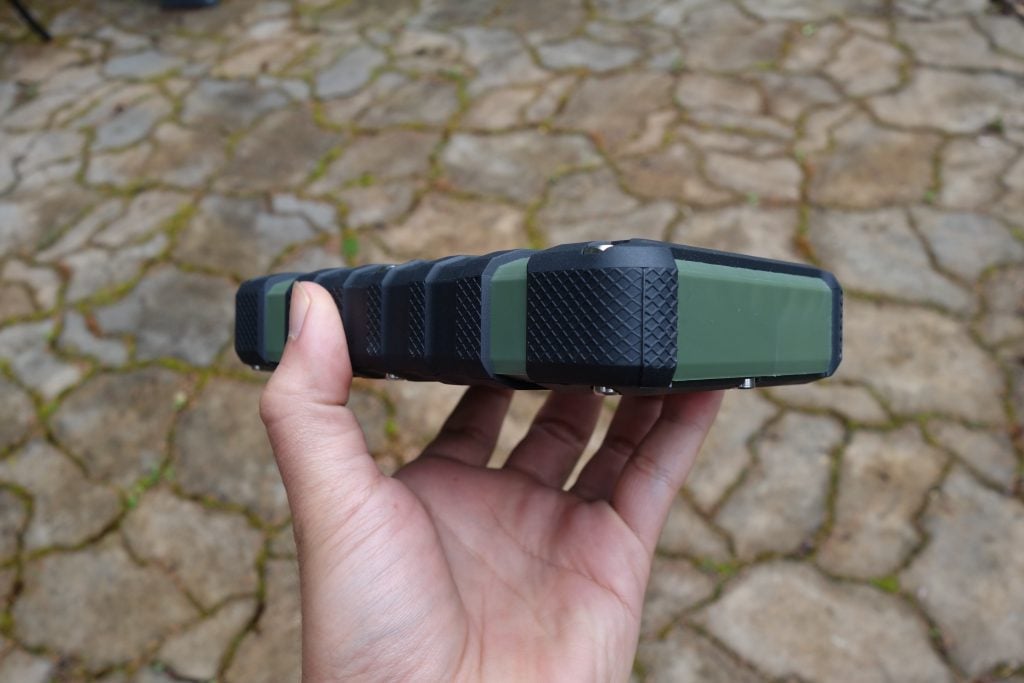 This thing is thick (just over an inch) and not the lightest either, but that’s all implied. What really matters in this case is that it feels the part, and it most definitely does. Super tough hard plastic surrounds the power bank from every corner. And I appreciate that EasyAcc didn’t just make it a simple brick; there’s plenty of rugged styling. 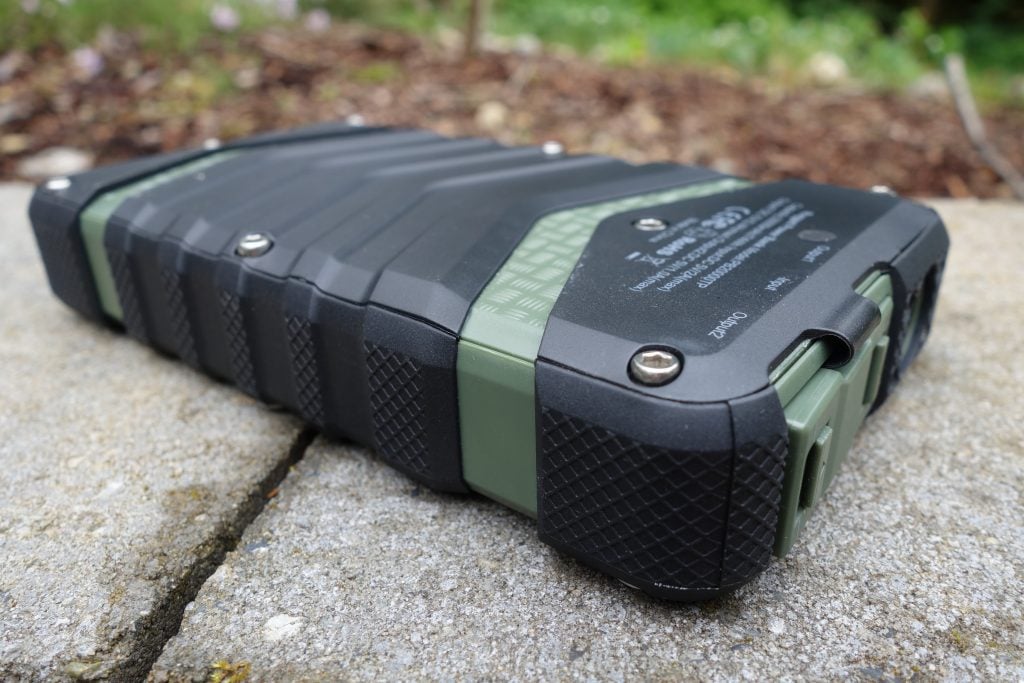 It looks like the green plastic is the base casing (textured on the top and bottom) and the black material is an extra layer of reinforcement.”V”-shaped ridges flank the body, and the sides are textured to assist with grip. If that wasn’t enough, there’s these substantial metal screws about the edges. And you bet this thing feels as tough as it looks.

EasyAcc says that it’s weatherproof, dustproof, and shockproof. The IP67 rating means that it can be submerged in one meter of water for up to 30 minutes. But you need to make sure that the charging ports are sealed shut. On the top, there’s a waterproof lid you have to release before you can charge up. 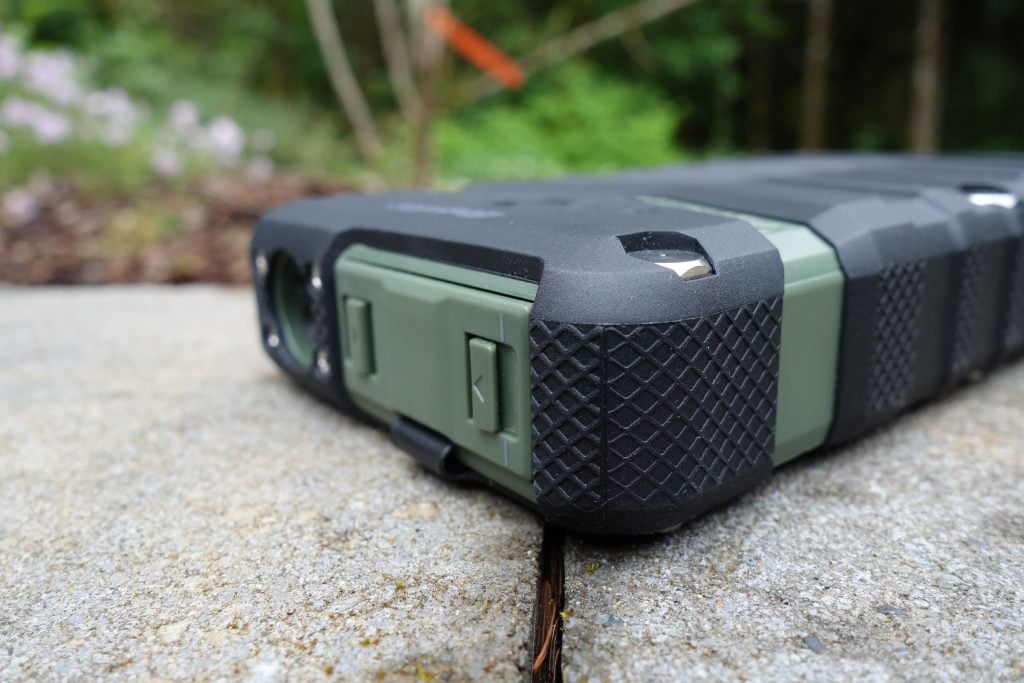 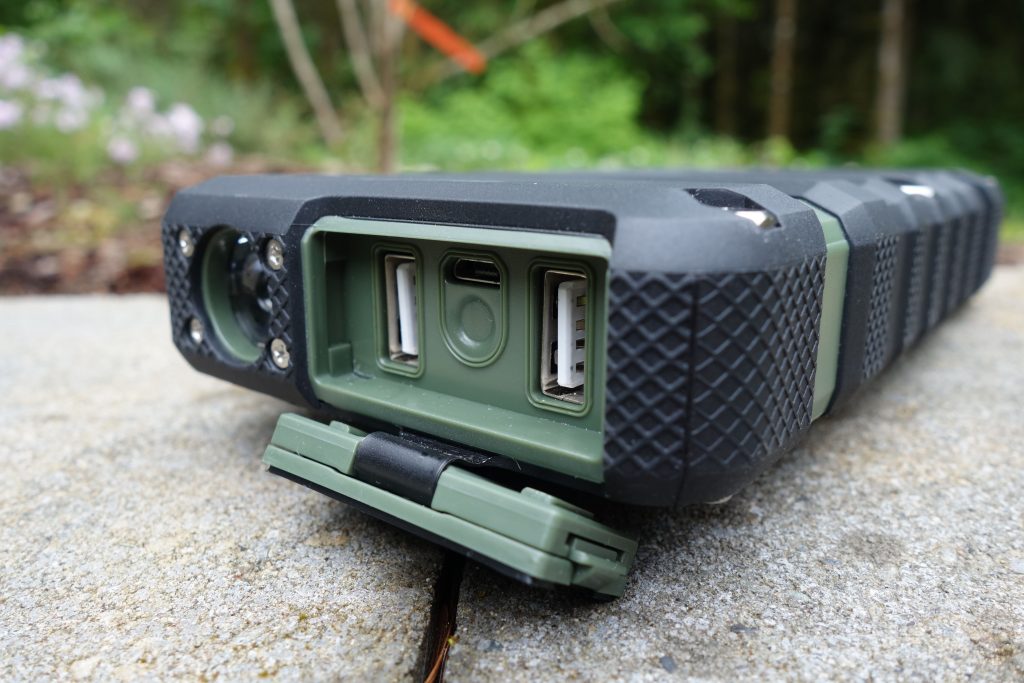 Within, you’ll find two USB charging ports and a microUSB port (to charge the device itself).

EasyAcc’s rugged power bank has another feature up its sleeve – a flashlight. Chances are that you’re buying this to use it outdoors, like camping or a multi-day trip, so a bigger light than the small LED ones on our phones should be helpful when the sun goes down. 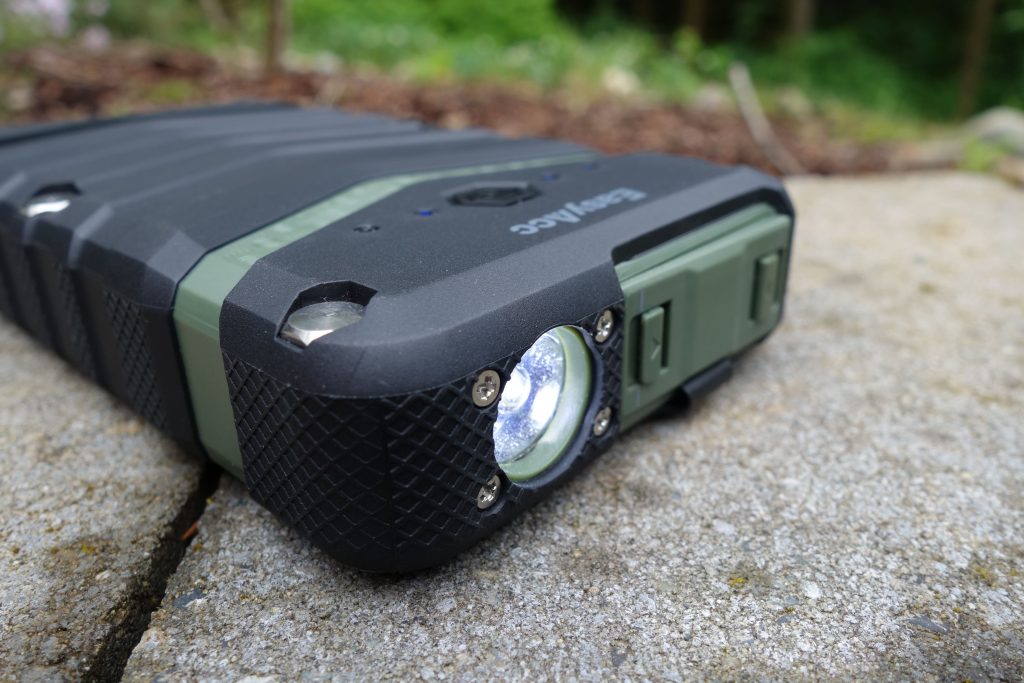 There’s a single button on the top of the unit. On the first press, it turns the charger on and displays the battery status (via four LED indicators). A second press is how you turn the flashlight on. Additionally, if you press it again, the light starts to blink to serve as an SOS signal. 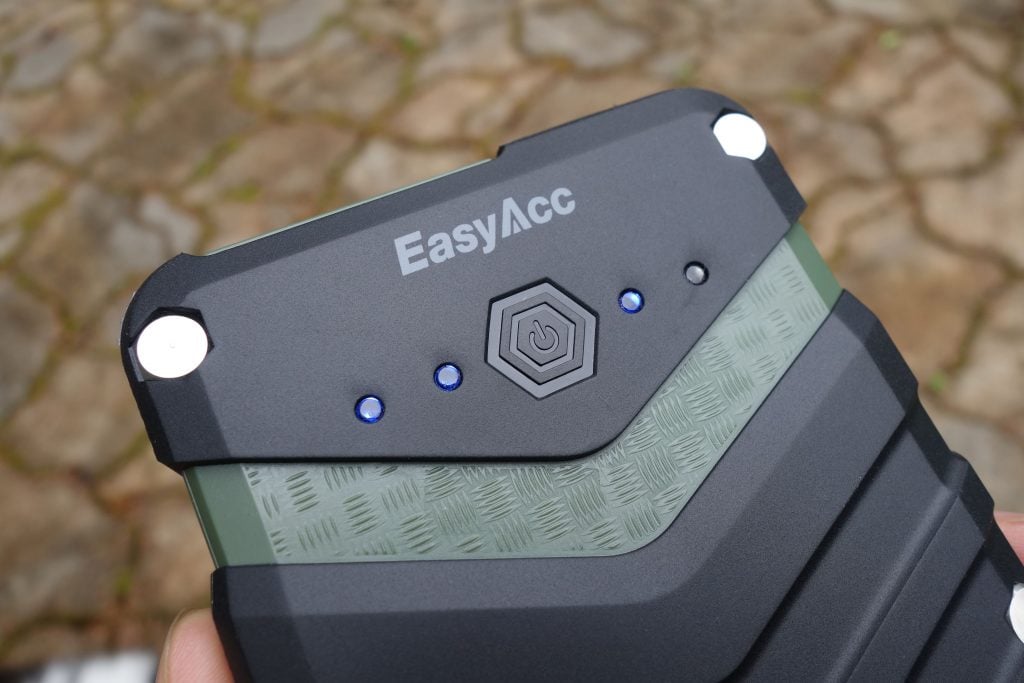 The charging ports output a max current of 2.4A. This won’t get you Quick Charging speeds (3A), but it’s at least faster than standard speeds (2A). I do wish we could get the fast charging rate that we’re accustomed to nowadays, especially on power banks with huge capacities. 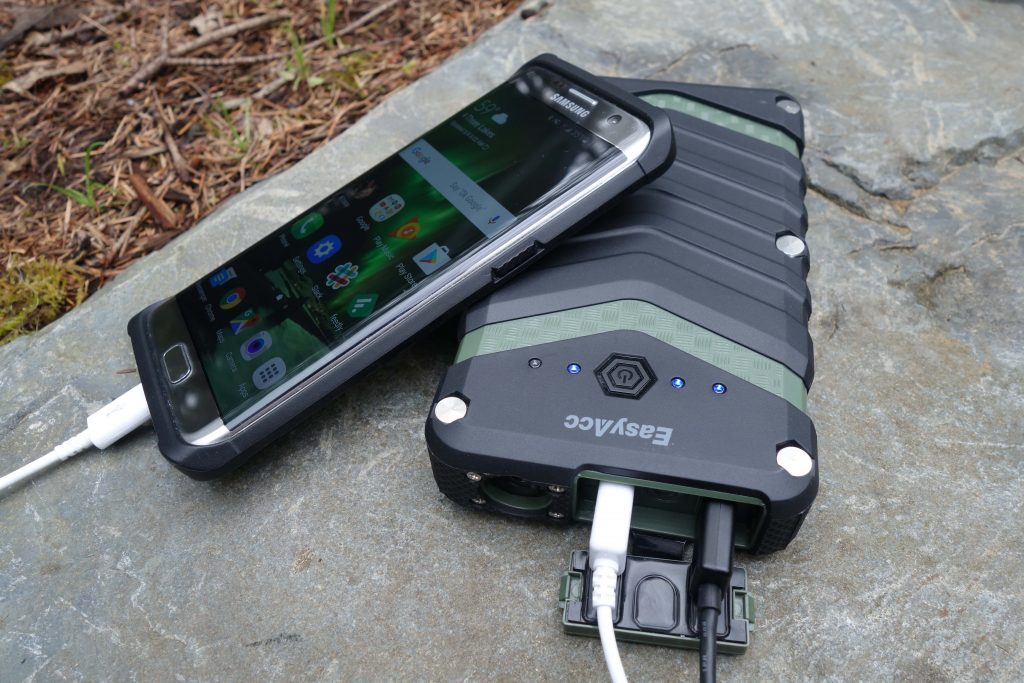 EasyAcc made a fantastic battery pack here. I totally love the design (despite the girth) and look forward to bringing it on upcoming outdoor trips. I’ve collected a bunch of external batteries over the years, but this one definitely rules them all.

At $50 (on Amazon), I think it’s a great value considering the tank-like build and considerable 20,000mAh capacity.

Snag a $25 flashlight and toolbox bundle