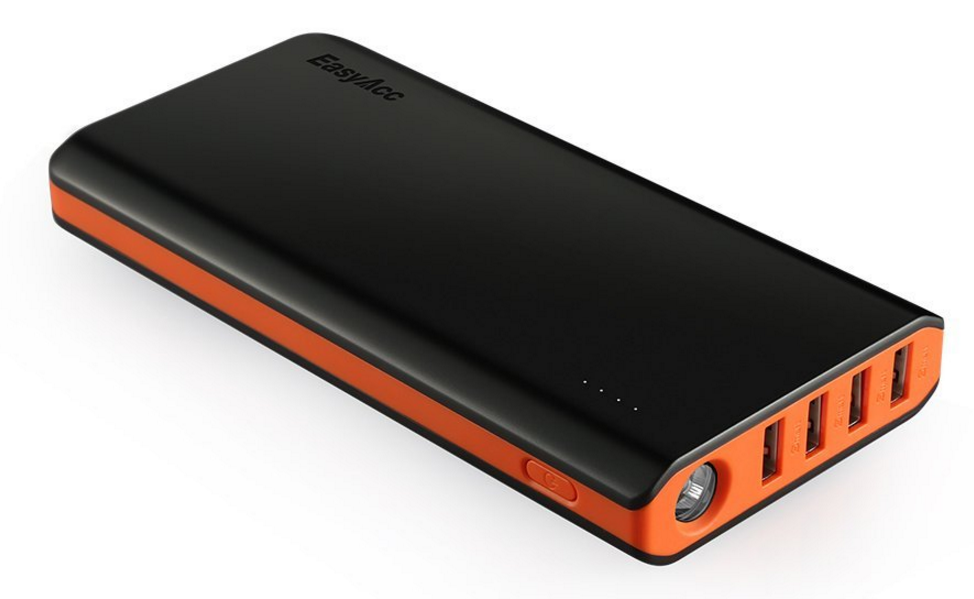 No matter how much you use your smartphone on a daily basis, you should have a backup battery pack that allows you to charge your devices on the go. That’s where the EasyAcc 20,000mAh Power Bank comes into play, and provides enough power for four of your devices to charge at the same time.

Despite this battery holding an enormous amount of battery, it isn’t very bulky or too big to travel with. You can hold it in one hand like you would with a small book. I took this battery pack on a cabin trip with me since there were no outlets, and it was the perfect addition to the rest of my gear. The best part was being able to share the power in the battery with a few other people who didn’t think to bring extra battery packs, as the Power Bank includes four USB ports for charging devices at the same time, whether it be smartphones, tablets or other USB compatible devices. 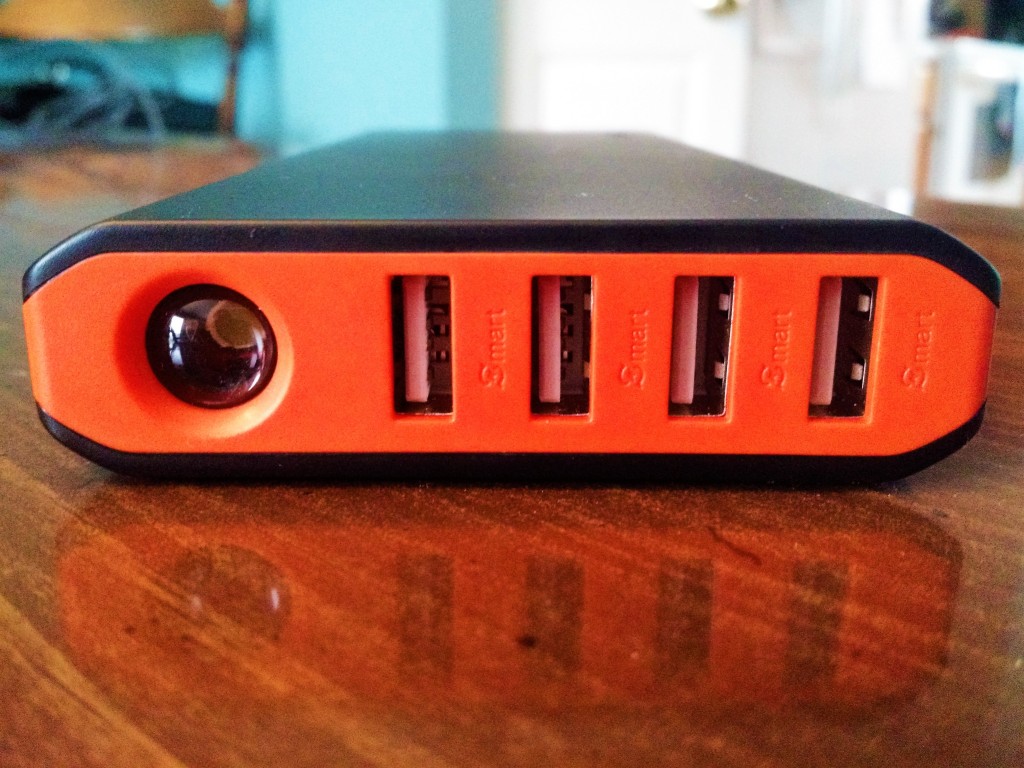 Power capacity and charging abilities with the EasyAcc proved top notch, as the Power Bank can push 4.8 amps to your devices, charging a little bit faster than you’re probably accustomed to, unless you use a recent fast-charging capable phone. However, Smart Technology is built into this power bank. What that means is that while the total output is capable of 4.8A max based on the technical specifications, plugging in devices that have less output will charge at their optimal rates based on the power bank’s chip detecting what type of device you’ve plugged into it. So for example, if you have an Galaxy S4 and plug this in, it will charge at about 1A. This 4.8A charging speed is faster than most of EasyAcc’s other products, meaning this device is top-of-the-line for them.

Also on the subject of high-end, this battery pack holds 20,000mAh of power, meaning you could charge your smartphone (depending on which type of smartphone) about four times before the battery pack is exhausted and needs recharged. Once I did have to recharge this pack, I was impressed with the time is took to fully regain its juice, at around six hours. This may seem like a lot, but compared to similar battery packs and the fact that this holds so much power, this is an impressive feature. 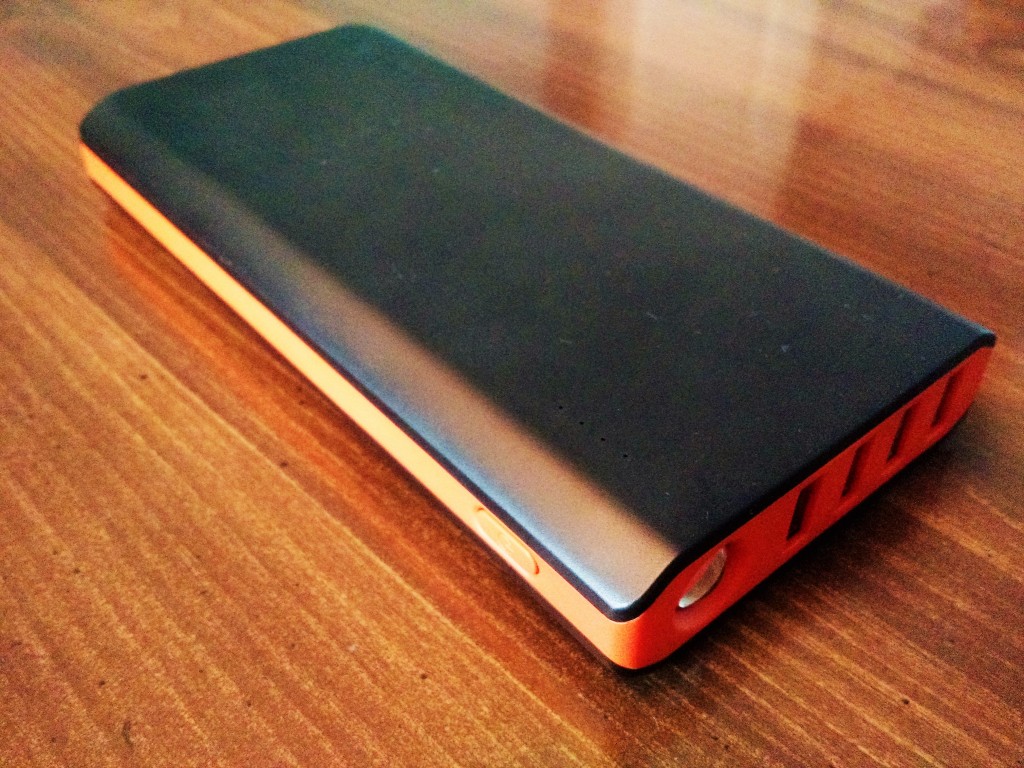 The Power Bank includes a built-in LED light perfectly suitable for emergency situations without electricity. The light is quite bright on this pack and only require the press of a button to activate. Also on the device is four LED notification lights signalling how much power is left. Four lights on means the power pack is fully charged, while three or less means the device is declining in power.

The EasyAcc 20,000mAh Power Bank is a welcomed addition to the items I bring on road trips or sitations where I know I will not have electricity. I find it really useful to have in the car so I don’t have to worry about bringing a car-adapter plug too. The 20,000mAh battery pack has gone down in price since its initial release and can currently be grabbed for $35.99, which is a great deal. Hit the link below for their Amazon page. 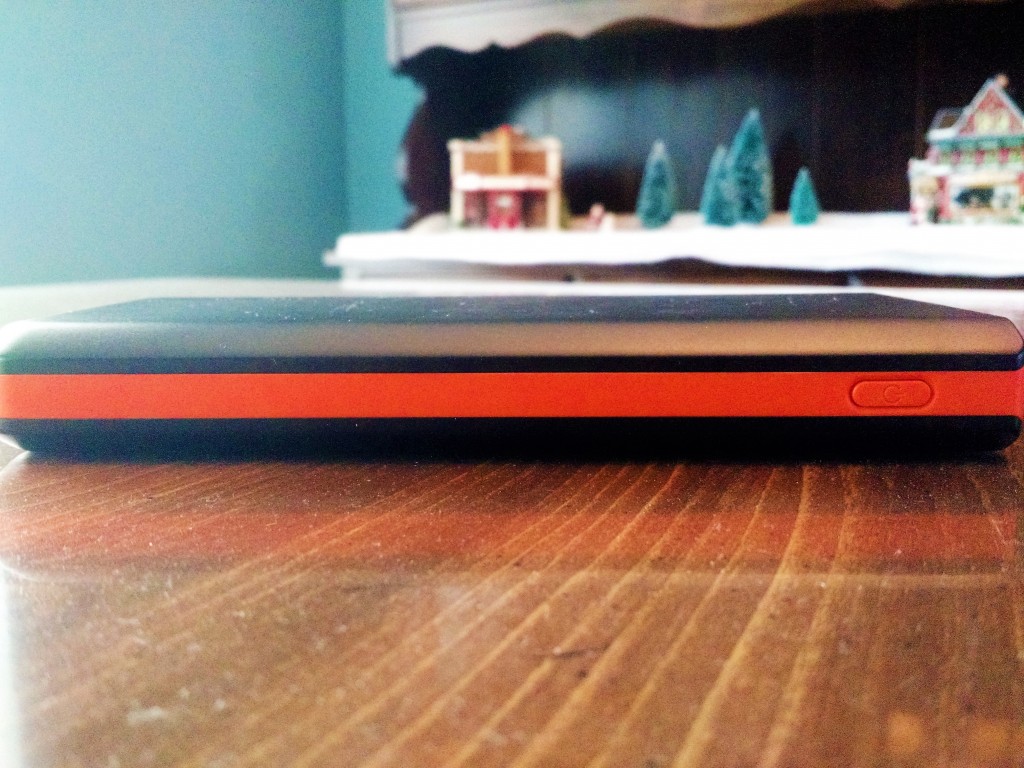