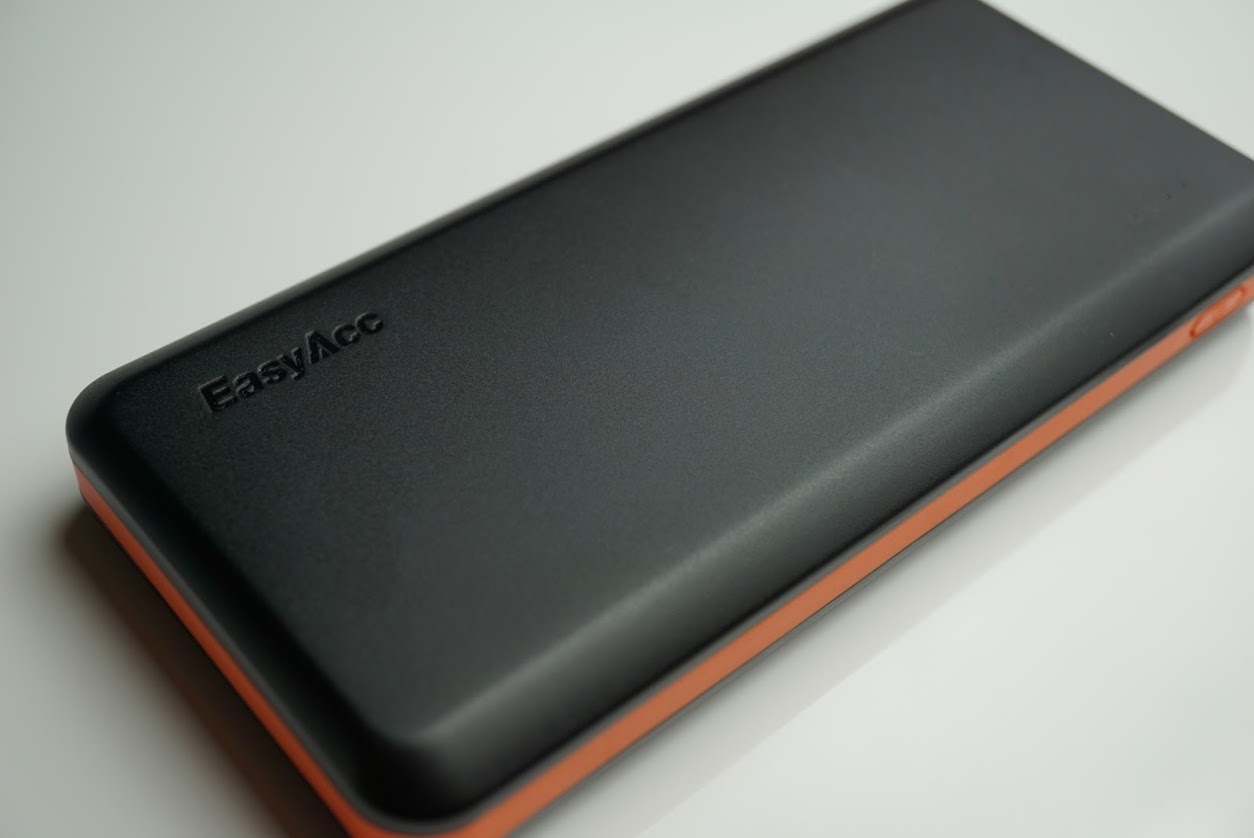 Battery life is one of the most important factors in a smartphone. One would logically think with a decade of building smartphones, that the battery life would be around two to three days by now. However, our smartphones are becoming increasingly powerful to handle our desire to do everything through our phones which leads to stagnation in battery life efficiency. Replaceable batteries are going by the wayside as well, and are being sealed inside of the smartphone. That leaves power users, or travelers limited options for staying charged up while on the go. It pretty much leaves us with portable power banks to charge our devices while we are away from a wall or car charger.

If you’ve ever checked for external batteries on Amazon, you’ll thousands of options with a wide range of prices and sizes. I’ve been using the EasyAcc Monster power bank, and it is called the Monster because it is literally one of the biggest batteries you can buy today. 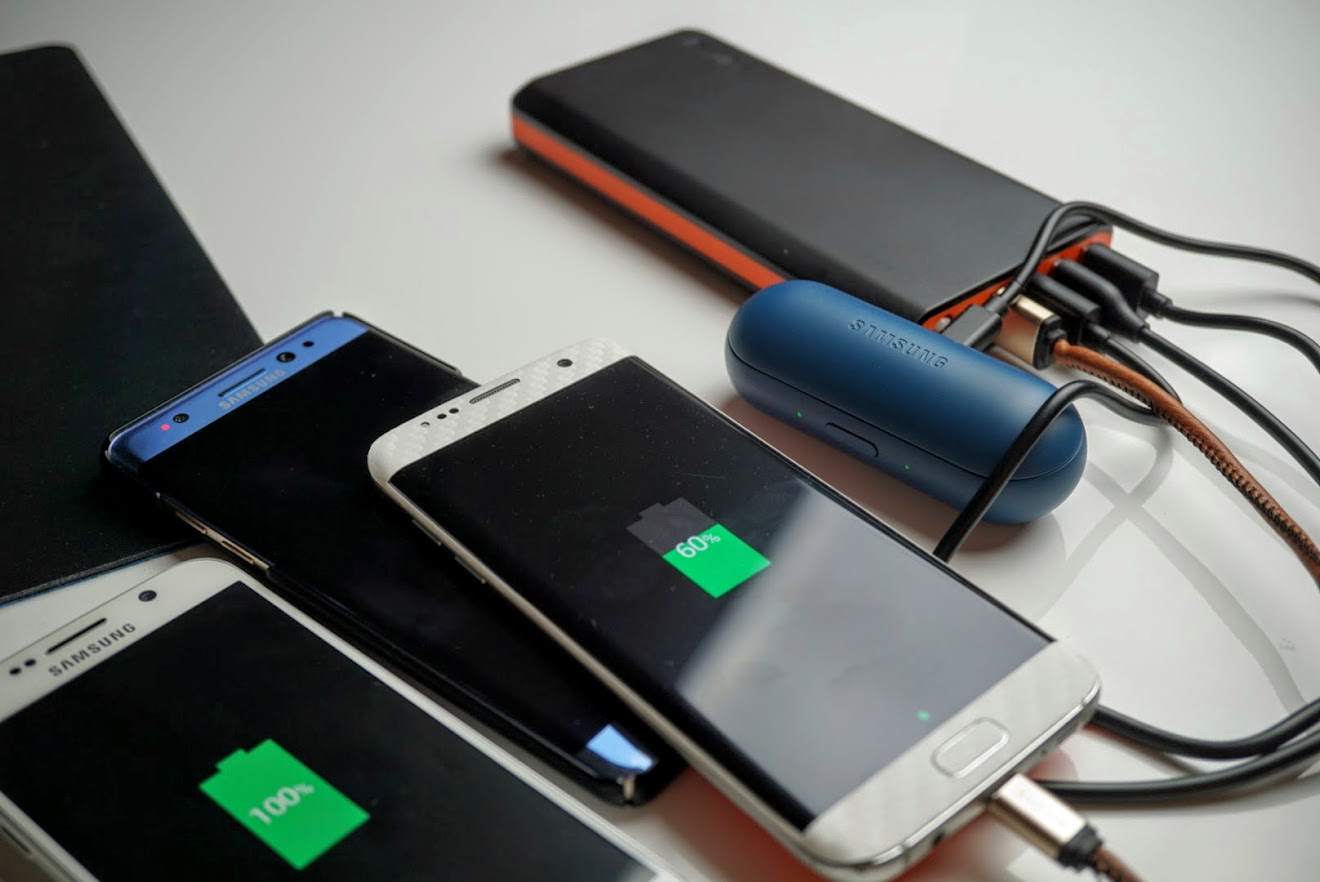 The EasyAcc Monster Power Bank is the largest portable battery I have ever used.  It is rated at 26000mAh, which is about 7.5 times larger than the 3500mAh internal battery on my Samsung Galaxy Note 7. There are power banks that are twice this size if you do a search on Amazon, but those are mainly for laptops and cost twice as much.

It’s made of typical plastic that has a matte finish to prevent fingerprints. The Monster is heavy for a portable battery weighing in at a full pound. Even though it isn’t physically all too large at 6.57 x 3.1 x 0.86 inches, you probably won’t be carrying this in your pant pockets. A battery with this much capacity would typically take up to 16 hours to fully charge with a 2A standard input, which is a long time. EasyAcc did something I haven’t seen before, it included dual input slots so you can charge it with two microUSB cables. 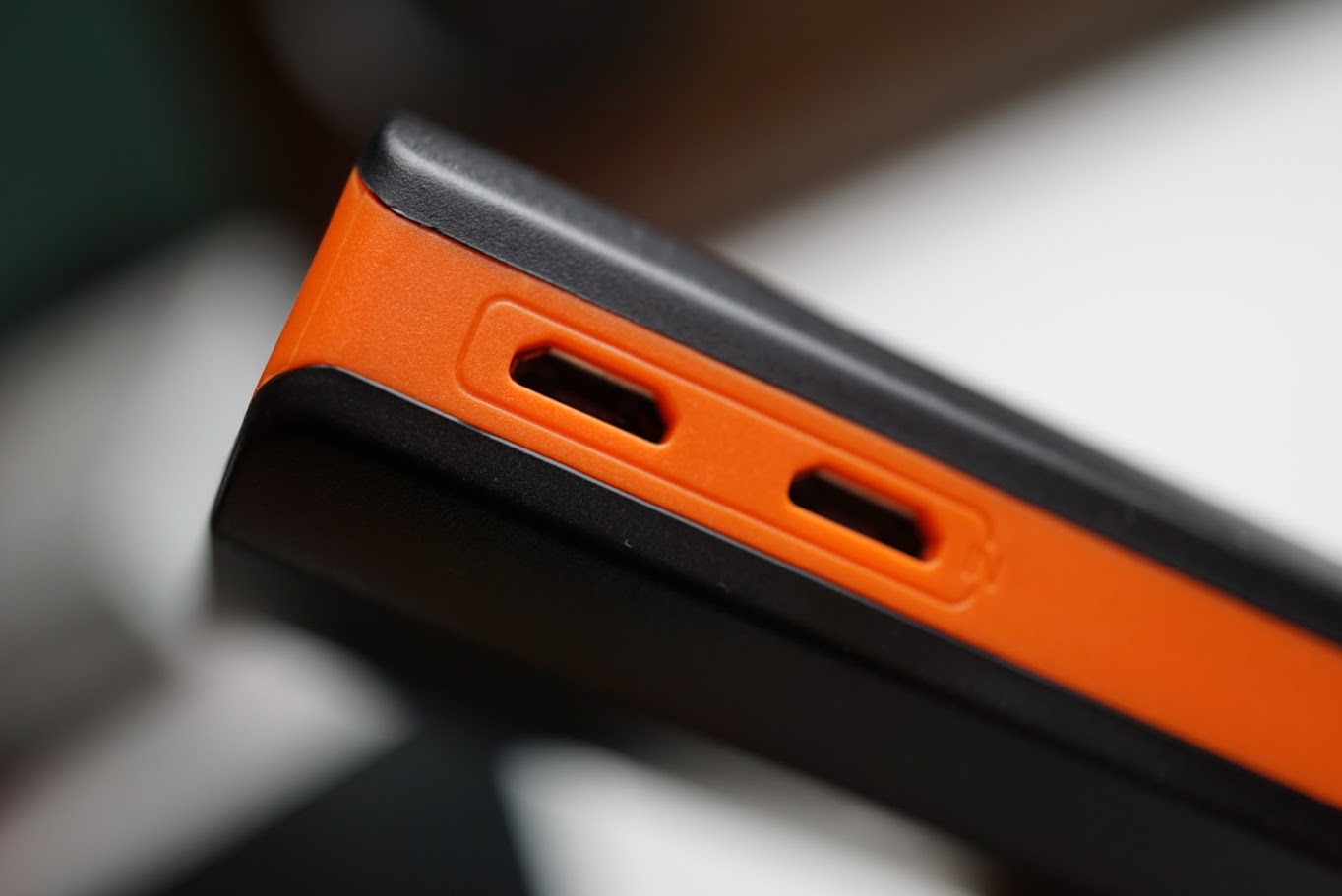 The power bank has four full sized USB A output slots and all can be used simultaneously. The output per slot is 2.4A, which isn’t Quick Charge 2.0 or 3.0 compatible, but it is still faster than your typical charge of 2A. There’s no need to worry about compatibility as the charging ports will automatically detect what kind of charge to give your devices. I used several USB Type C smartphones with this battery and they all charged without issue. 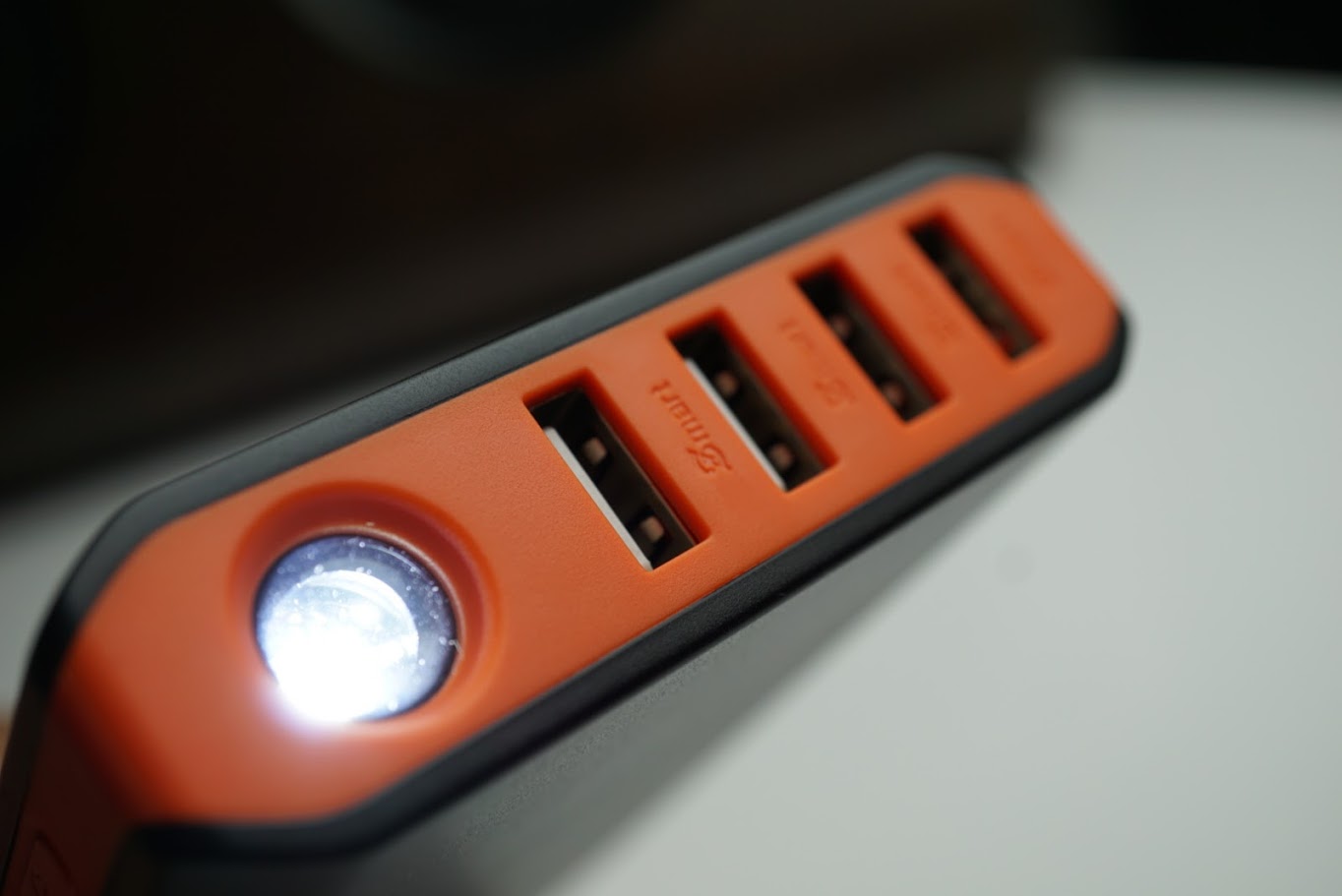 There’s a flashlight built into the front which is bright enough to help you locate items in your car, purse or backpack when you need it. It’s not a flashlight you would rely on for camping, but it is sufficient for most purposes and is a nice feature to have on a battery of this size.

Testing a battery of this size takes time. I needed to get through at least five full cycles to test its reliability. In order to test it, I frequently recharged up to four smartphones at the same time, with a mix of tablets and accessories as well. The Monster recharged four cell phones at the same time with ease, and still had two of its four LED indicators on leaving me with 50% power. Recharging the battery from nearly dead to 100% took almost eight full hours, so you’re going to need to leave it connected overnight before you head out on your adventures.

A battery of this size is perfect for families who need power. Or it is also great for extreme users of Pokemon Go who venture out in groups to capture the little beasts. This is the type of battery I would bring along with me on my next camping trip. I can keep my smartphone and portable speaker powered all weekend long with this bad boy. My friends will also use it to charge their phones as well. 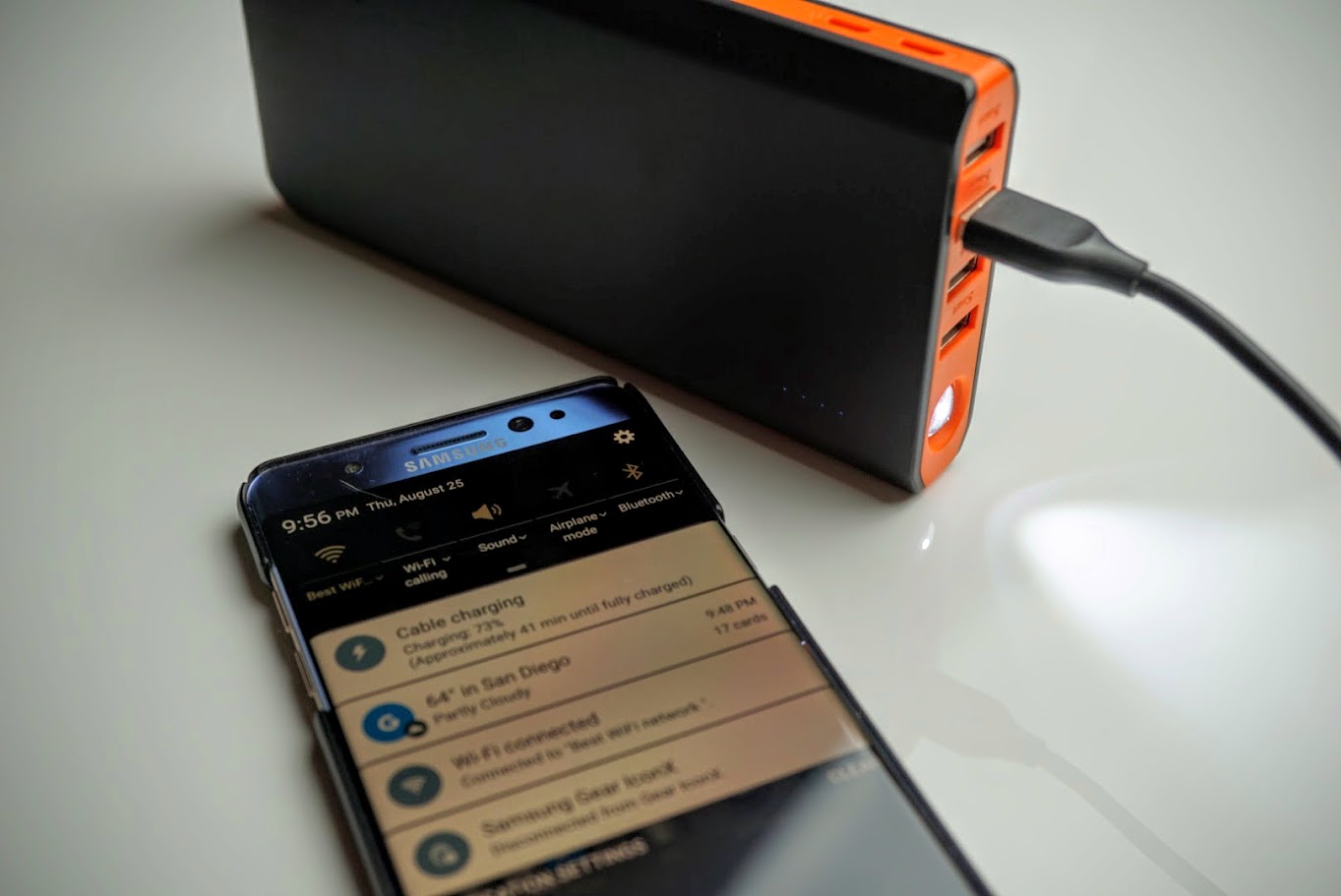 When I tested this power bank with my Note 7, I frequently got 6-7 charges out of the Monster, but I never recharged my Note 7 from 0%. Instead I hooked it up when I hit 20%. I basically used my Note 7 for an entire week without ever connecting it to a car or wall charger.

There aren’t many bells and whistles associated with this battery. While it is made of plastic, I prefer that over metal as it is already heavy enough. The build is solid, sturdy and is built to last a long time. 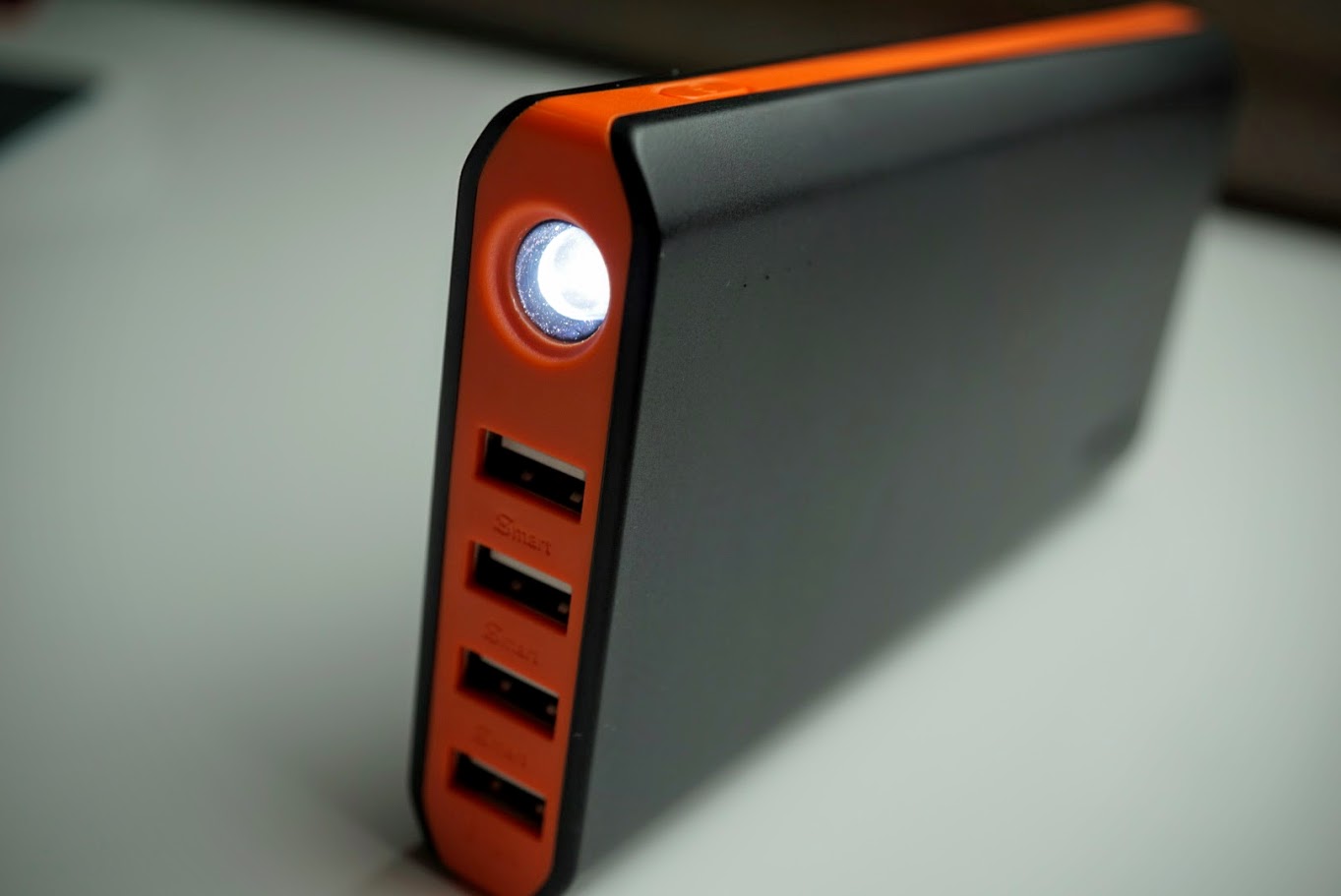 If you need a lot of power, the EasyAcc 26000mAh battery is the one for you. It’s priced right at $49.99 at Amazon, and if you’re using it just for yourself, you can easily get a full week’s usage out of your smartphone and this battery. Or if you have a family that consumes a ton of power while you’re out and about, having one massive battery is a great option to keep everyone happy.

I’ve used several EasyAcc products in the past and they’ve all held up very well. It’s one of the brands I trust and recommend to friends and family.