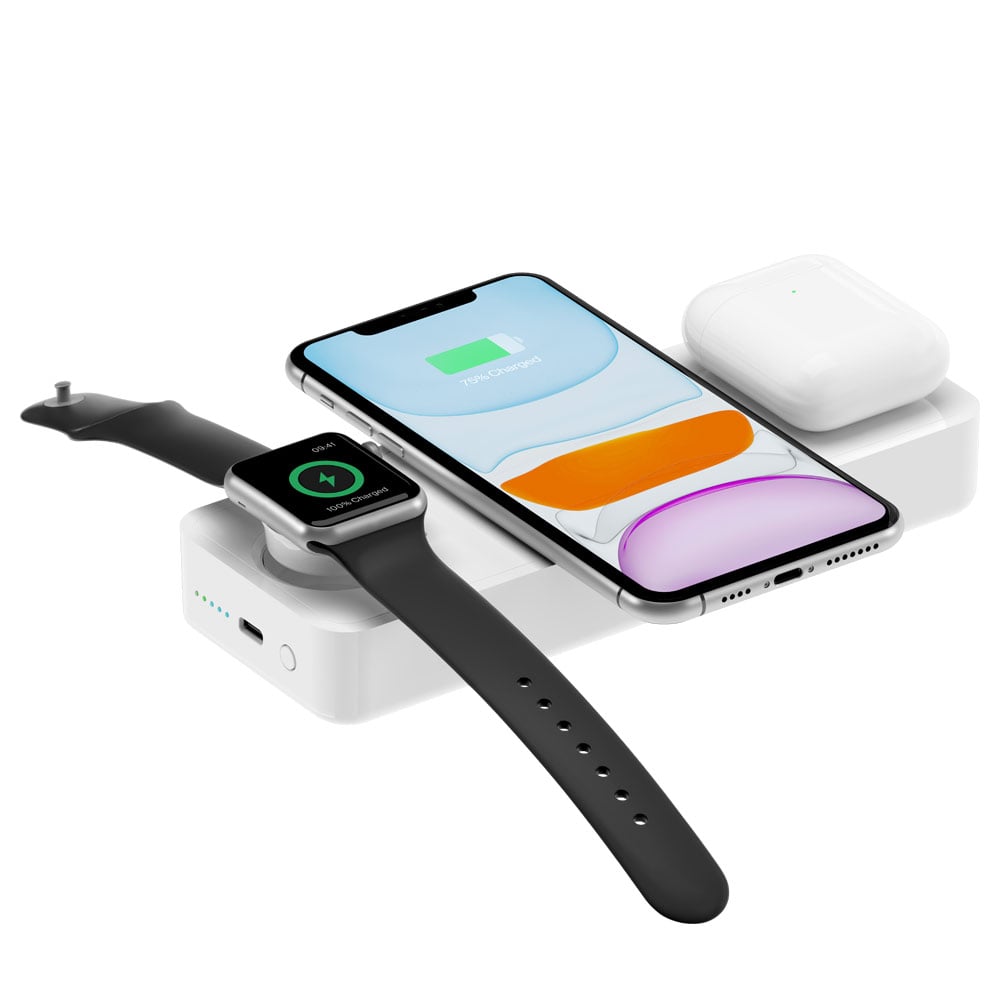 These days it’s common that mobile users have a decent portable battery bank — perhaps one they even carry with them daily. Some like simplicity and just need an extra charge on standby just in case; some want the full monty. That is to say that some want their power bank to take care of all their charging needs when away from wall outlets.

The Eggtronic Power Bar falls in the latter category. It’s a hefty slab of battery that offers up 10,000mAh of power and features a very Apple-esque feel to the design. Seriously, just check out that built-in Apple Watch charger. 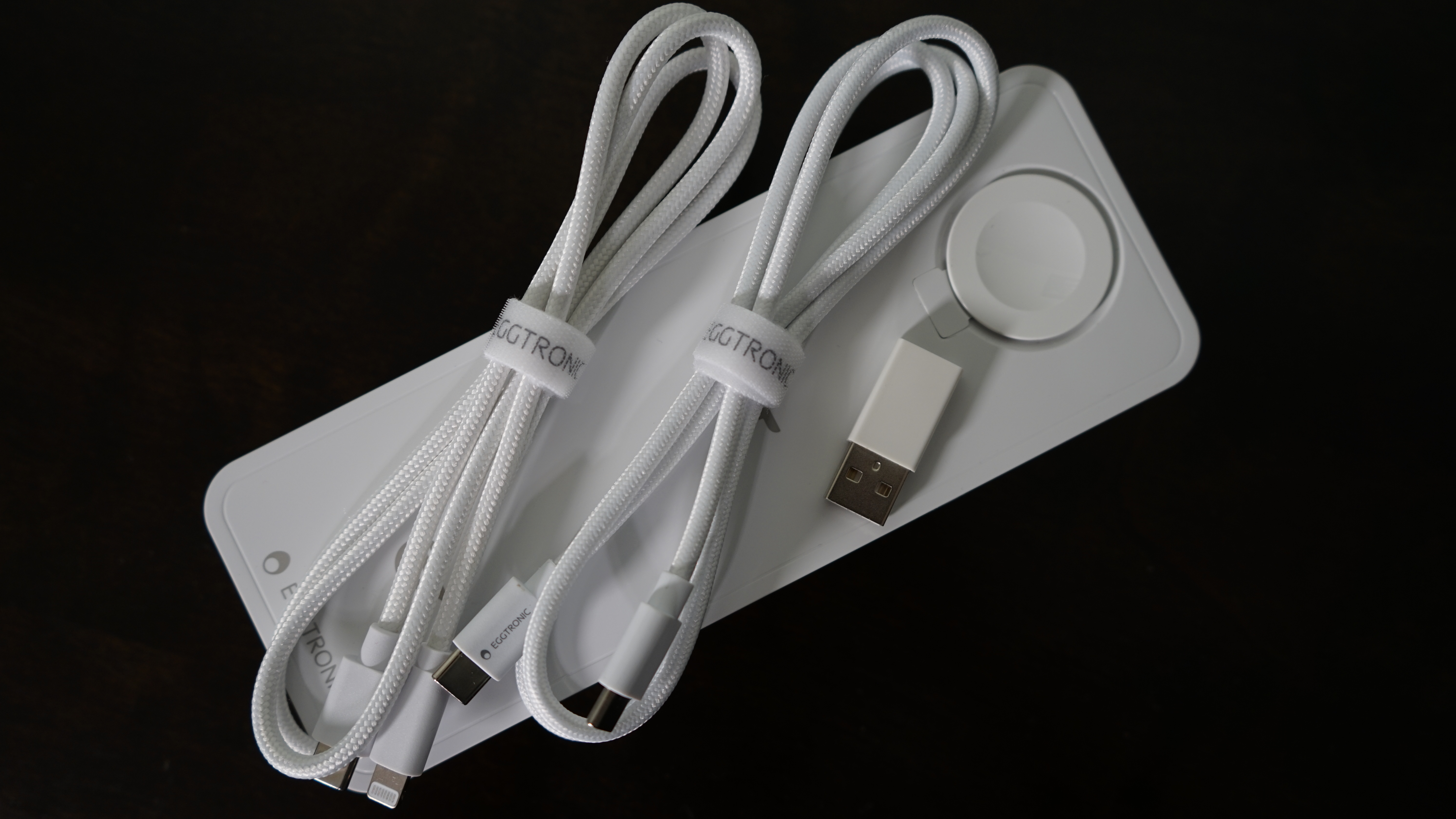 Despite its physical port the Eggtronic Power Bar wants to be as wireless as possible. There are two wireless charging areas which can power both your phone and a pair of wireless earbuds. Or maybe two phones at the same time.

Then there is that Apple Watch charger that works beautifully. My wife is all-in on Apple so I was able to test with an iPhone XR, Apple Watch, and a knockoff pair of AirPods.

If you can’t take advantage of the wireless charging areas there is a USB-C port that you can plug your device into.

If your device doesn’t have wireless charging or a USB-C port Eggtronic has you covered. It includes USB-C to Lighting and USB-C to USB-C cords, and a USB-C to USB-A adapter.

The included cables are actually quite nice as they are braided and come with a Velcro wrap to keep them nice. You should be pretty much covered with whatever device you may have, regardless of how old it is. 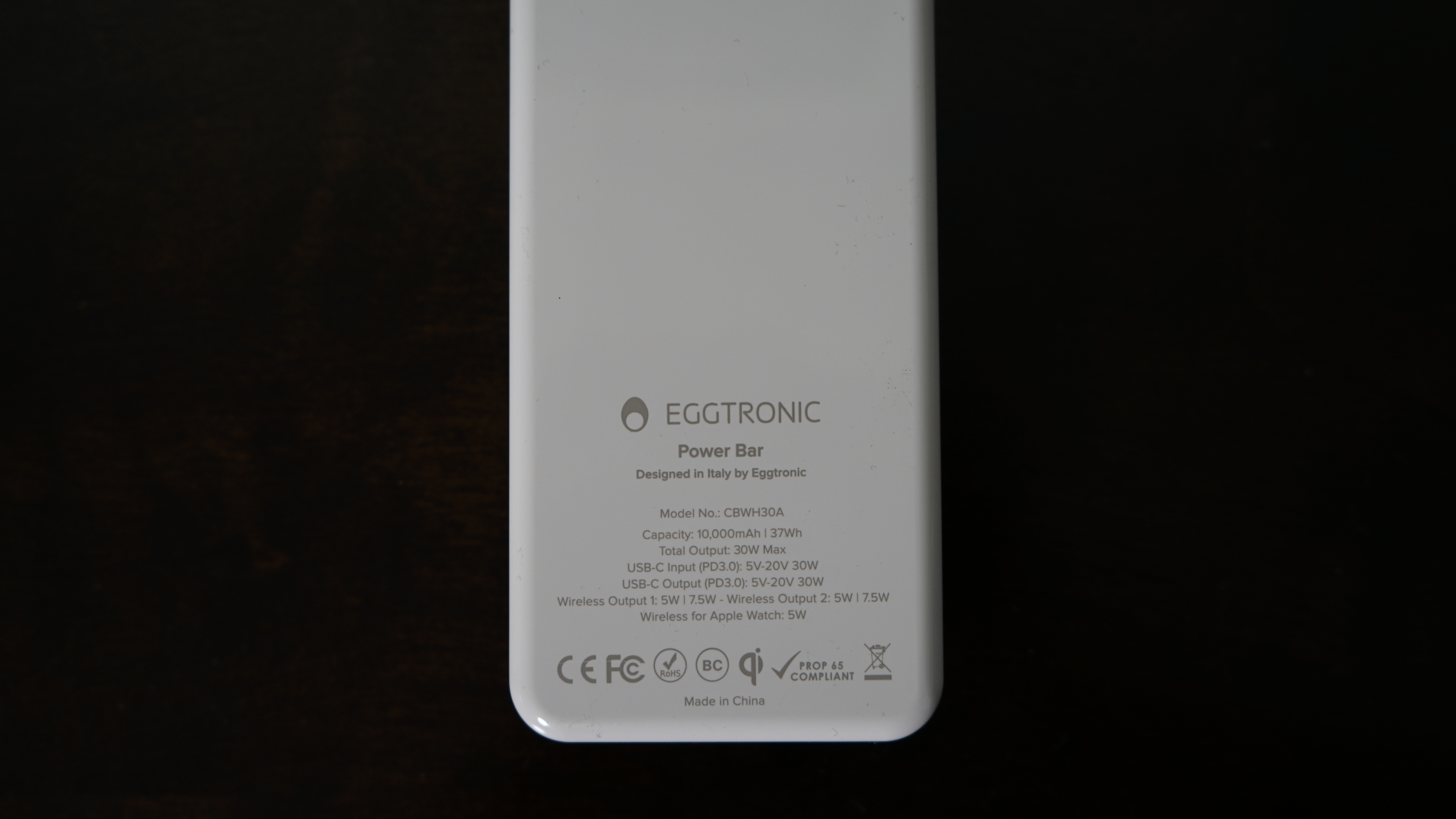 Just going off that spec list, the Power Bar should be able to power just about anything you need to plug into it, or set on top of it.

I did my best to put this thing through its paces. I have an iPad Pro that the Power Bar didn’t have any issues charging up, but I don’t have a MacBook to test that with. As I said before the Apple Watch charger worked beautifully, in that it did what it was supposed to do.

I did have a few problems with it, though. For one, once the device being charged was full the Power Bar didn’t stop charging. You have to keep an eye on your devices to keep your battery health as good as possible for as long as possible.

From full charge the Power Bar charged my iPad to 92% and stopped. I checked the Power Bar and sure enough it was dead. Similarly, I got two full charges on my G8 and not much more. All of this very un-scientifically tells me this particular battery held less than 8,000mAh worth of charge.

Things can be forgiven just so long as a price point can be justified. The Eggtronic Power Bar comes in at a fairly staggering $149.99. Considering its “bells and whistles” I could probably be okay with that price… if it did them flawlessly and accurately. It doesn’t.

Don’t get me wrong, the Power Bar is by no means a bad product. It’s solidly crafted and has a sharp modern design. But when I review something, the price is always the sticking point for me. I want to like the Power Bar so badly, I really do. And I do like it, just not at the current price tag.