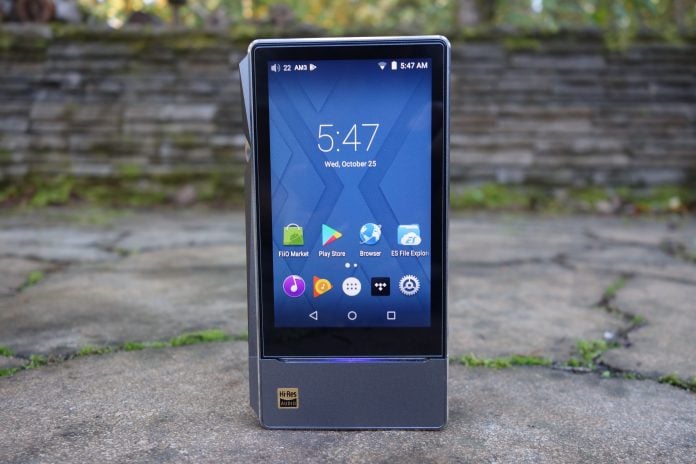 Last year, we reviewed a nice surprise from Fiio – its entry into the high-end digital audio player market (DAP). The Chinese company has historically been known as a manufacturer of bang-for-the-buck HiFi audio devices – and according to the audiophile community, one of the best ones out there. The X7 was new territory for Fiio in two ways: 1) A player made and priced to compete with higher-end competitors, and 2) Its first hack at using Android to drive it.

In a nutshell, we found the X7 to be a great first try at a high-end Android DAP, but in some ways it felt like a beta. At the $700 range, the design and function need to be near flawless. Well, Mark II of that device is now here, and we can see that Fiio worked very hard since. Fiio’s catchphrase for the X7 II is “Thoroughly Transformed, Inside and Out”, and that certainly is the case. Let’s go over the improvements and if we can recommend the X7 II at its still substantial $650 price.

The packaging of the Fiio X7 II is noteworthy, particularly because the company includes not one but two cases – a TPU wrap and a premium-feeling leather cover-up. Not many companies are this generous. What’s more, a screen protector comes pre-installed. Something else you won’t typically find in a device box is a torx screwdriver. If you know anything about the original X7, you may remember that it had a unique removable module feature that provided the flexibility to upgrade the amp or add balanced output. This design is back with the X7 II.

As for the player itself, the form doesn’t stray too far from the original, but it’s definitely more than just a touch-up. Most notably, the edge with the physical controls is lifted in an eye-catchingly angled manner. This creates a notch for the volume scroll wheel to reside in. The scroll wheel itself is also an upgrade from the volume rocker in the original, though we wish that Fiio made it a bit firmer. It locks to each increment (with a click sound) but very lightly and with a little play to it.

Two of our complaints in our review of the original X7 were that the display was raised above the chassis (increasing its vulnerability to mishaps) and a hump on the back that made the thick device even thicker. Fiio addressed both of these things with the X7 II. The screen is now flush and the elevation on the back is less noticeable. The unit lost about 1mm of thickness and 8 grams of weight. 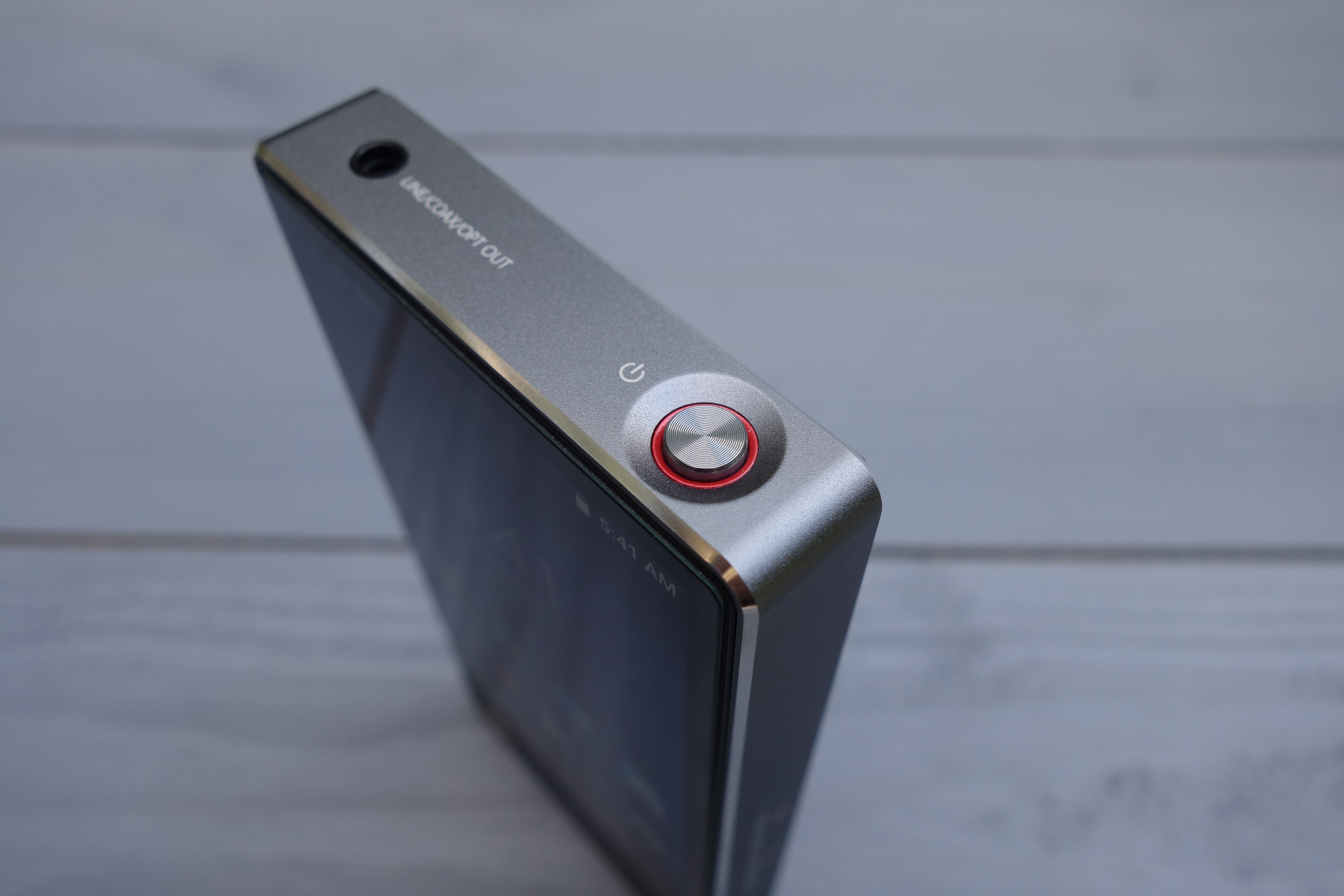 Internally, Fiio made some natural component progressions, such as doubling the RAM from 1GB to 2GB and internal storage from 32GB to 64GB. What’s more, there’s now two microSD card slots that can each handle 256GB (so a whopping 512GB externally).

Battery capacity has also been bumped from 3,500mAh to 3,800mAh. But it looks to be using the same quad-core Rockchip RK3188 processor as before, along with same spec’d 4″ LCD IPS display with a measly 480×800 pixel resolution. I’m sure Fiio’s thinking was to focus on the components that really matter in an audiophile player. We just need the processor and display to work, and they do just fine.

More importantly is what upgrades have been made to improve sound quality? The original model used the latest from ESS Technology (the same high-end audio chip company that LG partners with on its V-series flagships), and the same is true here. Sound on the X7 II is processed with the SABRE ES9028PRO DAC, which particularly makes big steps to improve frequency response and signal-to-noise ratio.

Our biggest gripe about the original X7 was that we intermittently heard interference when streaming music over WiFi. Fiio acknowledged the issue and rectified it in the X7 II by not just using better components but shielding area of the PCB that could cause it. And we’re happy to report that we don’t hear any noise whatsoever, even with highly sensitive Shure SE846 earphones.

On the software side, the X7 II features a custom Android 5.0 build (no, it’s far from the latest from Google but better than version 4.4.4 KitKat from before) and a revamped player interface. We didn’t find the original X7’s player to be very user friendly, and it sounds like that pain was heard. The X7 II software is a breath of fresh air.

On the Android side of things, we’re looking at a bare-bones version of Lollipop with minimal pre-loaded apps (basic things like clock, email, file explorer, and browser). The Play Store is on there, so you can install what you want. But being that you probably didn’t get this device to watch movies and surf the web, what you’ll add is music apps that you use.

One thing to note is that Fiio has a nifty software trick to throw the X7 II into a “Pure Music” mode. This essentially turns off every software feature but Fiio’s player. This way, if you want to use stored music, you don’t have to keep stuff on that you don’t need. The Fiio Music software is still available in Android mode via an app.

Plainly said, Fiio wasn’t kidding when it said that the X7 II was revamped on the inside as well as out. As a user of the original X7, I can say that Mark II is a whole ‘nother animal (in a completely good way).

One of my biggest gripes with the first X7 was the sterile sound. It was detailed, no doubt, but Fiio’s reference aim sided too much for analytical listeners than those who want toe-tapping fun and energy. It’s immediately apparent with the X7 II that Fiio turned up the speakers, so to speak. The sound is now stupendously full and engaging. This is thanks in part to a commanding mid-range. That said, balance is beautifully struck, not just in the frequency response but in the delivery. The X7 II is equally as musical as it sonically skillful.

Separation is a grade-A quality of this DAP. There’s a real nice cleanness and discernible positioning to the different sounds. Its airiness serves well for the perceived dimensionality. Another notable quality is the sub-bass. It is deep and powerful, but in no way overdone. Moving into the mid-range, I don’t hear any bleeding. It’s all clean and articulated, even up to the elaborate treble. No particular frequency range is favored; each is equally detailed and present enough to be analyzed and appreciated.

I really struggle to find any flaw in the sound of the X7 II, which in itself leaves me at a loss for words. I review a lot of audio gear and can always pick off an imperfection or two in high-end devices. I just can’t here. This is what my ears want to hear, and what my headphones need to show their potential. As far as I’m concerned, Fiio has a hit with the X7 II.

Well, there is one thing…

If you recall my mention that the X7 II has standard 3.5mm (single-ended) and balanced 2.5mm jacks, turns out that they don’t sound quite the same. My impressions above were with the balanced output, which the audio system clearly favors. I don’t put Fiio completely at fault, because the company is simply trying to adhere to today’s audiophile standards. Many high-end mobile audiophiles use the 2.5mm balanced standard, and Fiio is far from the first company to do a DAP with standard and balanced options. Astell&Kern and Onkyo are two big examples that embrace balanced output.

So with that said, I find the standard output of the X7 II to be still be good, but it’s missing the key aspects that I praised with the balanced output. The full/liveliness takes a clear step back. The detail and balance is still present, but the punch and dynamics is average. 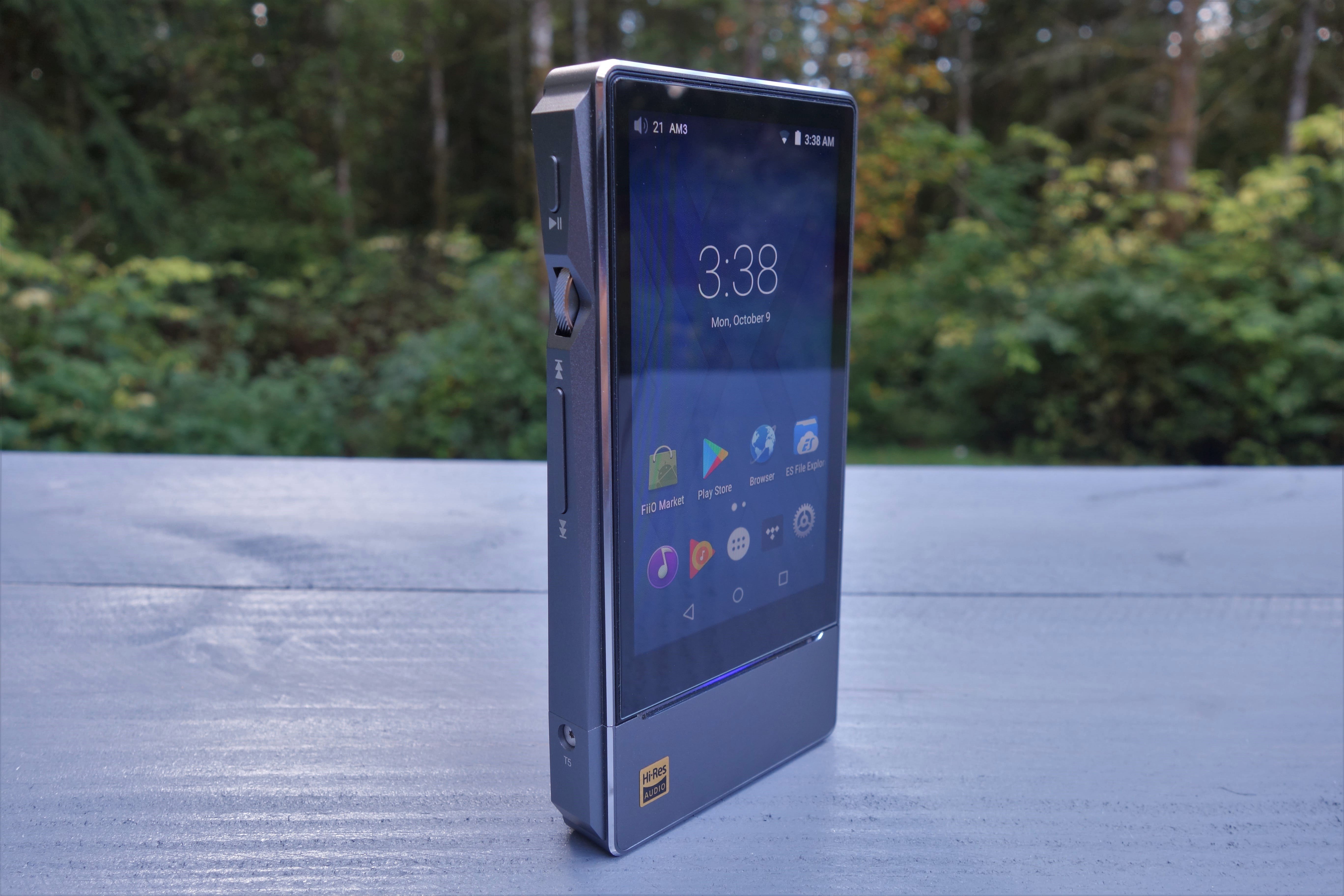 So back to the question from the beginning – Is the X7 II worth it? Well, the answer comes with a caveat. If you’re going to use the balanced output, then yes, yes, and yes. Unfortunately, that condition limits most of the mobile audio listeners out there. Most people probably don’t even know what a balanced cable is, let alone the ability to use one with their current headphones.

But for what it is, Fiio did an amazing job on the X7 II. It can definitely stand among the best DAPs out there, and at a price that undercuts them. Do not overlook this DAP if you’re in the market, especially for one that runs Android and can utilize streaming music services.