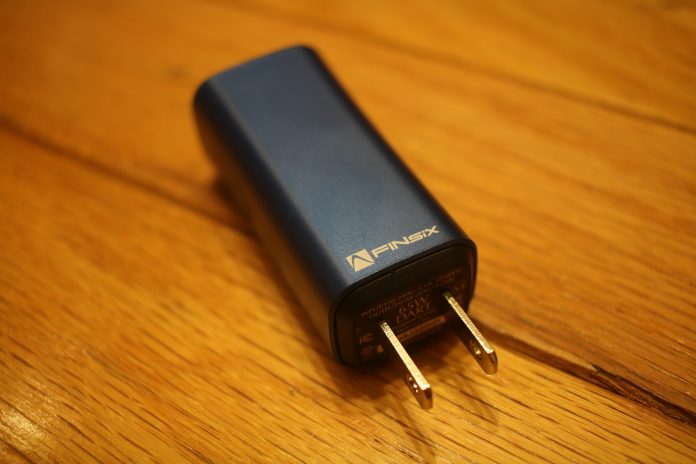 If you’re like me, then you know the struggle of carrying your laptop charger with you all the time. I’ve been using a laptop as my main computer for as long as I can remember, and it drives me up a wall when it comes to packing my computer bag up.

There are already so many cables in my bad, that adding a big and bulky one does nothing but annoy me and take up precious space. Luckily, Finsix has recognized the struggle and has released an accessory that saves space in your bag, and doesn’t take up both wall plugs at the same time. 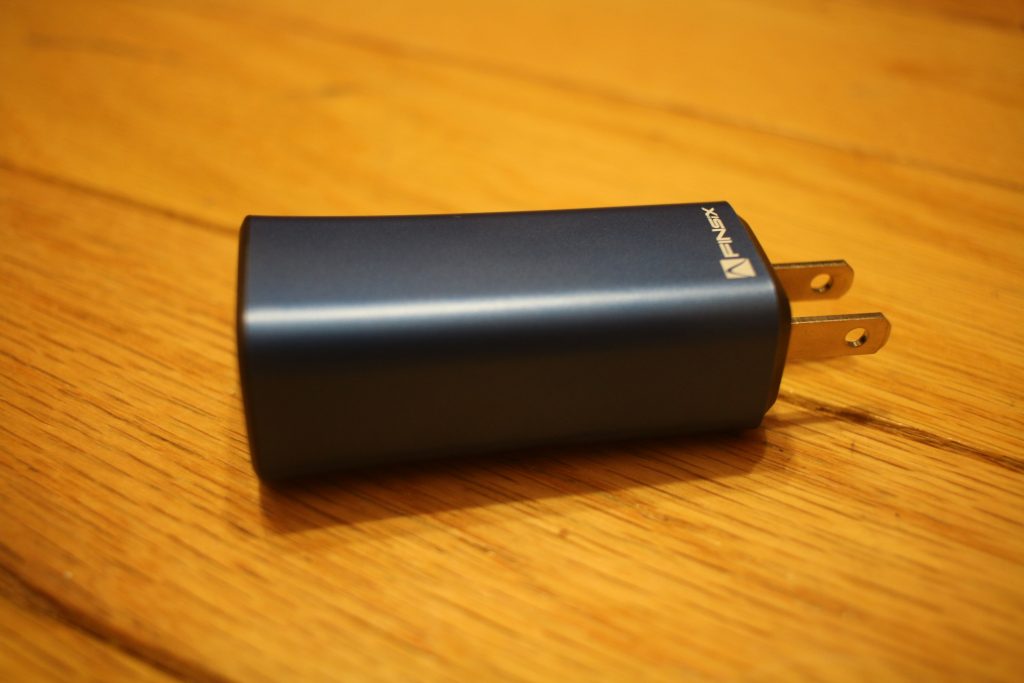 The Finsix DART is touted as the “World’s Smallest Laptop Charger” and does an excellent job at putting my mind at ease when it comes to saving space. The DART measures in at just 2.75-inches long and is 1.1-inches wide. Compared to something like the Macbook Pro charger, we’re looking at apples and oranges (no pun intended).

The DART doesn’t offer anything special in terms of charging your laptop any faster than your stock charger does. However, it does include the ability to not only charge your laptop, but you can also use the included cable to plug in your charging cable for either your laptop or charger. 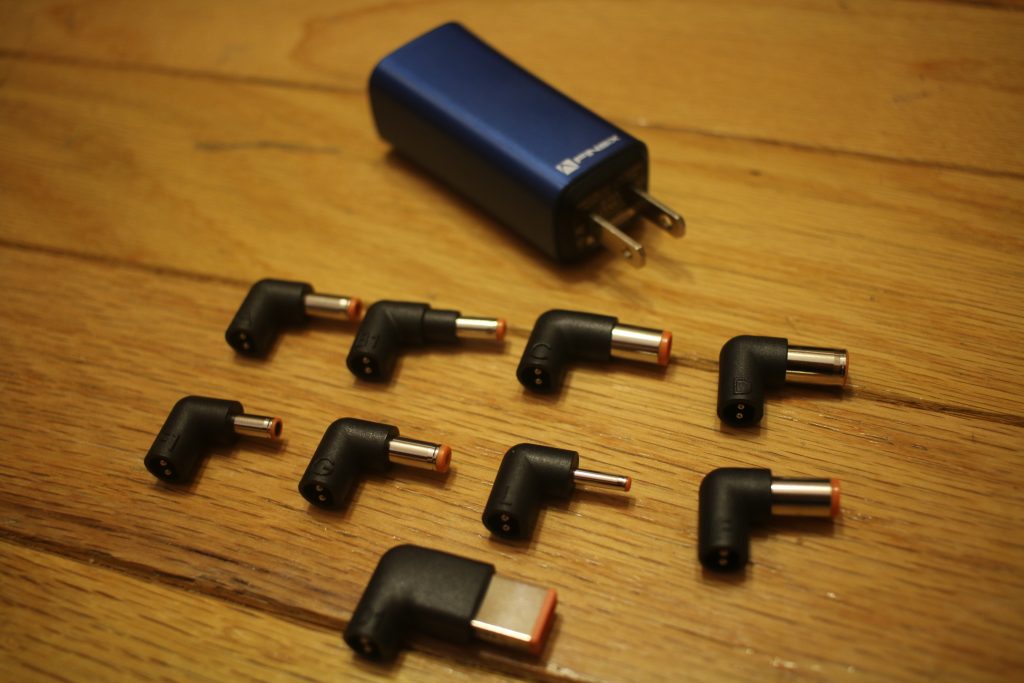 In the box, you get a 9 different interchangeable tips, which will work with specific laptops. This isn’t a one-size fit all, as I’ve already run into some issues with that. However, if you use the Finsix compatibility tool on the company’s website, you’ll be able to determine whether the DART is for you. 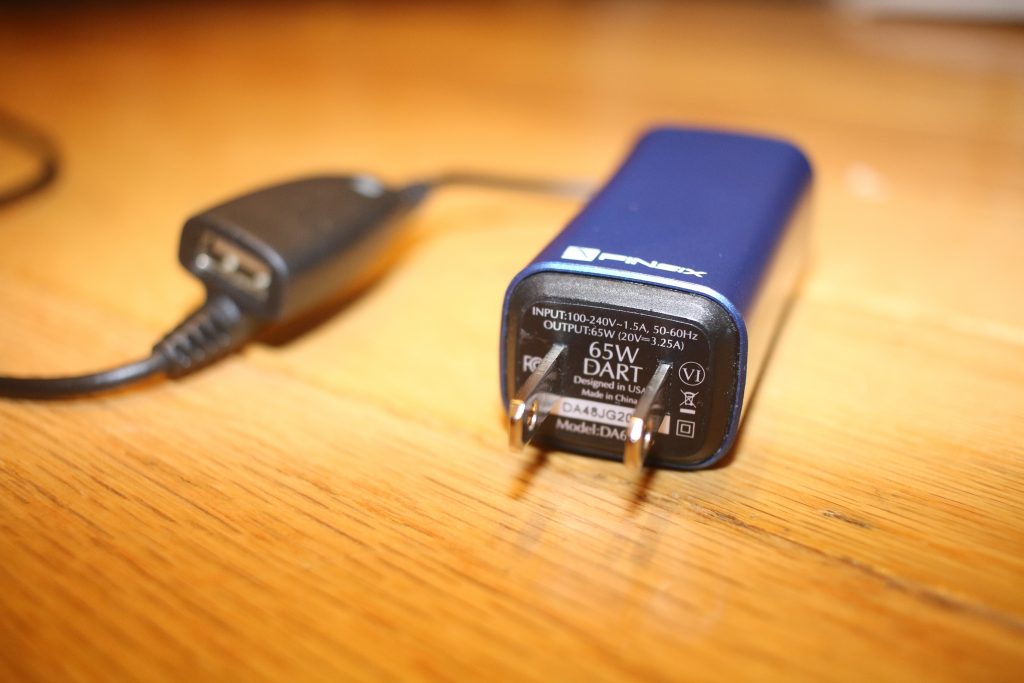 The aforementioned USB 2.1A port allows you to plug in your tablet or smartphone, and charge it up while you’re charging your laptop. What makes this so special is the fact that it allows for rapid charging, so that you’re mobile device can charge faster than the standard wall charger.

Something else that makes the DART so awesome is the fact that it runs so cool that you’ll never have to worry about it overheating. I’ve had the DART plugged in for hours and hours, but never even felt it get hot. I didn’t have a IR thermometer on hand to provide an exact temperature, but it was only slightly warmer than when it wasn’t charging for an extended period of time. 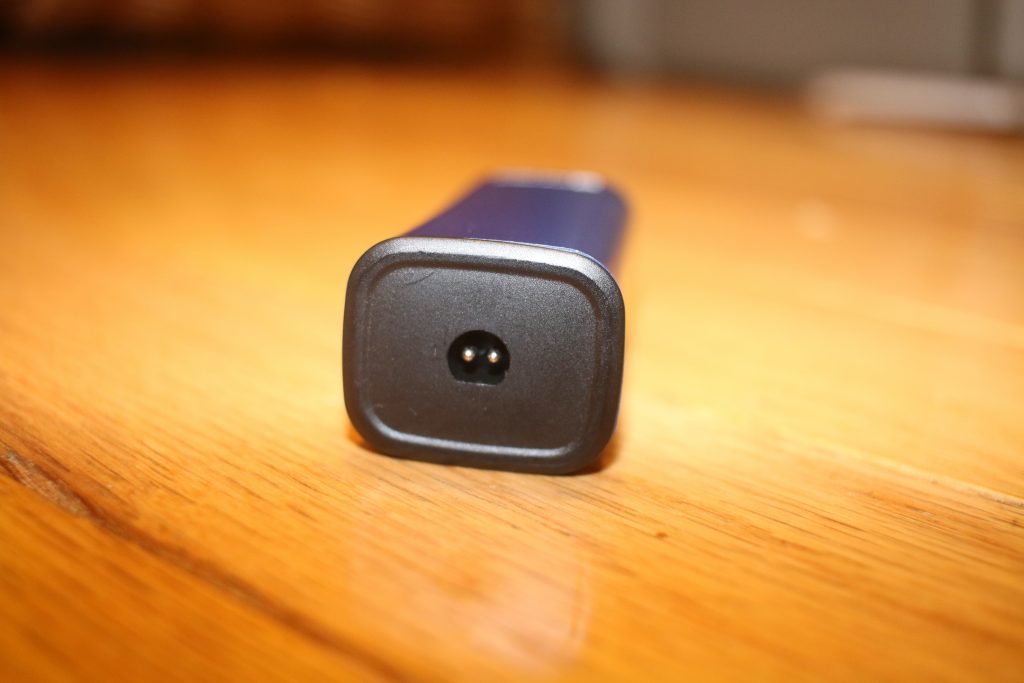 As with most smaller, unknown products, Finsix got its start through KickStarter. The DART was the company’s first product and easily doubled its goal of $200,000. Now, the company has continued to offer the DART, but also offers a USB Type-C option for those who are on the bleeding edge of technology.

If you’re interested in picking up either the Finsix DART or the DART-C, you can do so via the official Finsix website, Amazon, or B&H Photo for just $99. Note the DART-C is only available on FINsix.com and not in retail stores yet.

It’s also worth noting that Finsix is offering free shipping on the DART for a limited time. This may seem like bit of overkill price-wise, but if you think about just the convenience aspect of having an extremely portable laptop charger, it’s just fine.

Let us know whether you would find something like the Finsix DART useful, or if you’ll stick with the jumbled wires in your bag while traveling. If you’ve found another option that offers a similar experience, give us a heads up in the comments below.