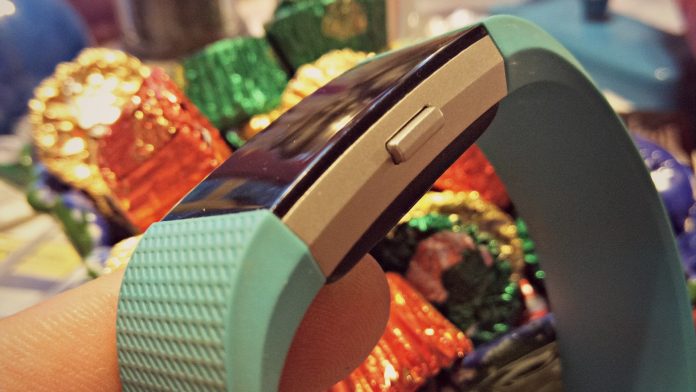 With phones and apps getting smarter all of the time, it’s easy to track your basic movements and activities. Be it counting steps in Google Fit or heart rate monitoring in a Samsung phone, it’s not hard to keep up with your basic health-related tasks. But, by being able to do everything in a handset, the question arises of whether we need purchase additional hardware. Is it worth it to buy a fitness band, activity tracker, or smartwatch?  And, if so, which is a good brand to start with? 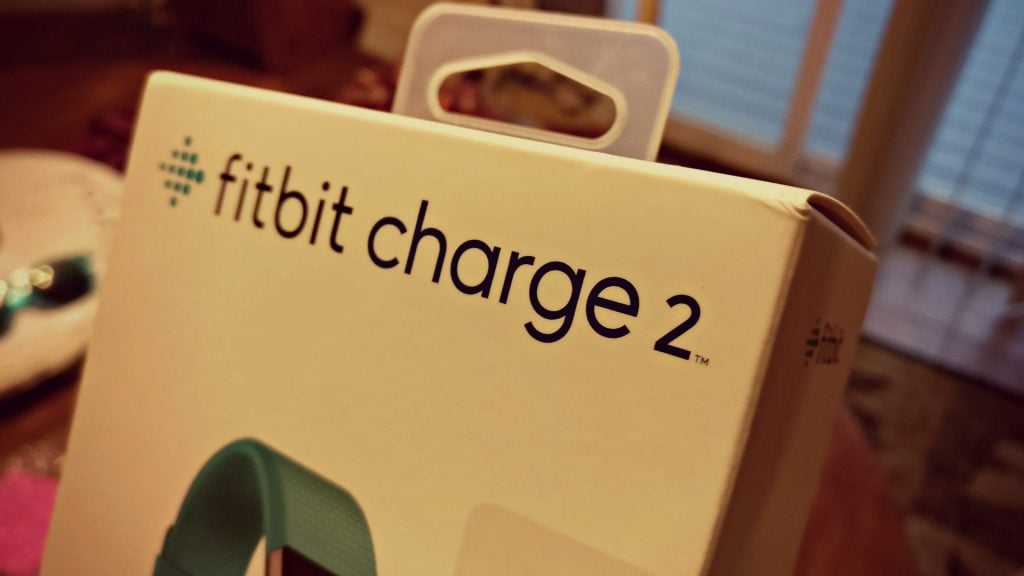 Fitbit is one of the first names that pop up when the discussion turns to wearables, and rightfully so. It offers a wide range of activity trackers, each of which comes with different features and price points to match. One of its latest, the Charge 2, is a $150 affair that builds on a predecessor by adding new hardware and features.

We’ve had a Fitbit Charge 2 for the last few weeks as it was provided to us by Fitbit for review consideration. What follows is our impressions of the wearable, its hardware features, and its accompanying app. Spoiler alert: we love the Fitbit 2 and think it’s probably the best value you can get from the brand.

What is the Fitbit Charge 2?

As part of the “Active” models in the Fitbit lineup, the Charge 2 offers up more than just step counting, sleep tracking, and other basic functions. It’s not quite along the lines of a full-on smartwatch or the Fitbit Blaze, but it’s a terrific middle ground unit.

If you’re the type of person who wants to keep an eye on how much you’re moving, heart rate, how you’re sleeping, and other activities, this is the one to consider. Moreover, it ties nicely to your phone, delivering call, text and other notifications as well. It’s smarter than a traditional activity tracker and half the price of a full-on Android Wear or Apple Watch experience. 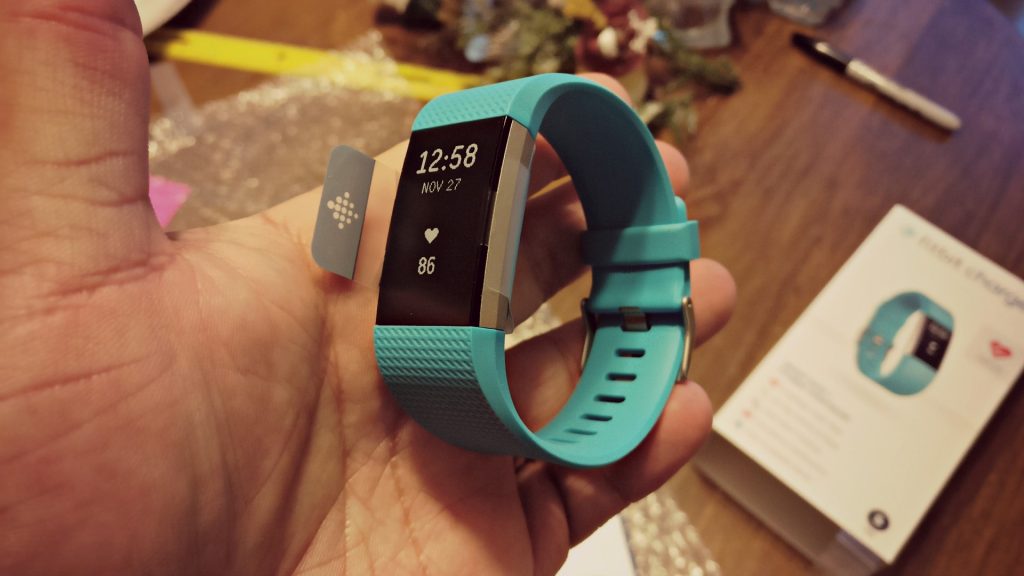 The Charge 2, while a successor to an already existing model, picks up some of the functions of the Charge HR. In other words, it now offers the heart rate monitor. From what we can tell, Fitibit has merged the Charge and Charge HR into one experience for this season.

Features of the Fitbit 2 include an always-on heart rate monitor, an OLED display, swappable bands, and a five-day battery. It’s the sort of thing that’s comfortable to wear, easy to read, and designed to get through a work week. You can do just about anything you want with it, just don’t wear it in the shower or to go swimming.

The Fitbit Charge 2 is available in three sizes (Small, Large, and Extra Large) and comes in no less than four standard color options: Black/Silver, Blue/Silver, Plum/Silver, and Teal Silver.

Additionally, there are two special edition textured colors (Lavender/Rose Gold and Black/Gunmetal) which can be had for a $30 premium. Shop the Fitbit official store and you’ll find there are leather bands which can be purchased, switching it from hip and modern to classy or demure. 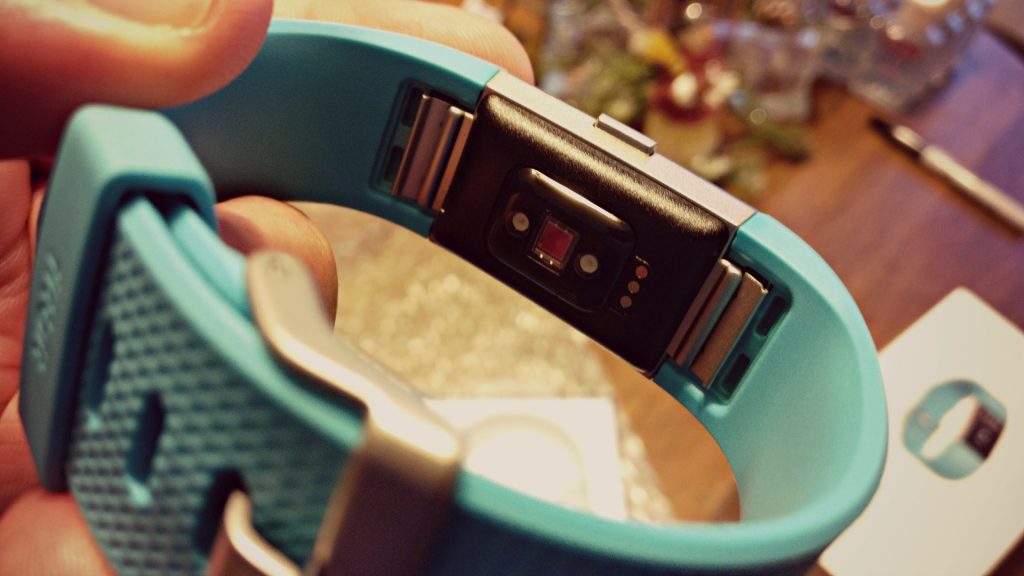 The default bands are made of a flexible, durable elastomer material that bends and flexes like most smartwatch bands and wearables. It’s rugged enough to take bumps and scrapes without getting scuffs but it’s flexible enough to move when in a pinch.

A little bit bulky, it’s still sleek and unassuming. It’s not uncommon to see people wearing stuff like this in 2016; the Fitbit Charge 2 is every bit as modern looking as you’d expect. The colors might sound more vibrant or attention grabbing, but in practice they are muted and professional shades.

The bands buckle like a traditional watch and are comprised of “surgical-grade” stainless steel. We found it easy to put on and take off after only a few tries and now it’s a mindless process before showering or swimming

The Fitbit Charge 2 houses an OLED display that provides images and text which are easy to read and discern. Be it checking heart rate, glancing at notifications, or simply eyeballing the time, it’s sharp and clear. 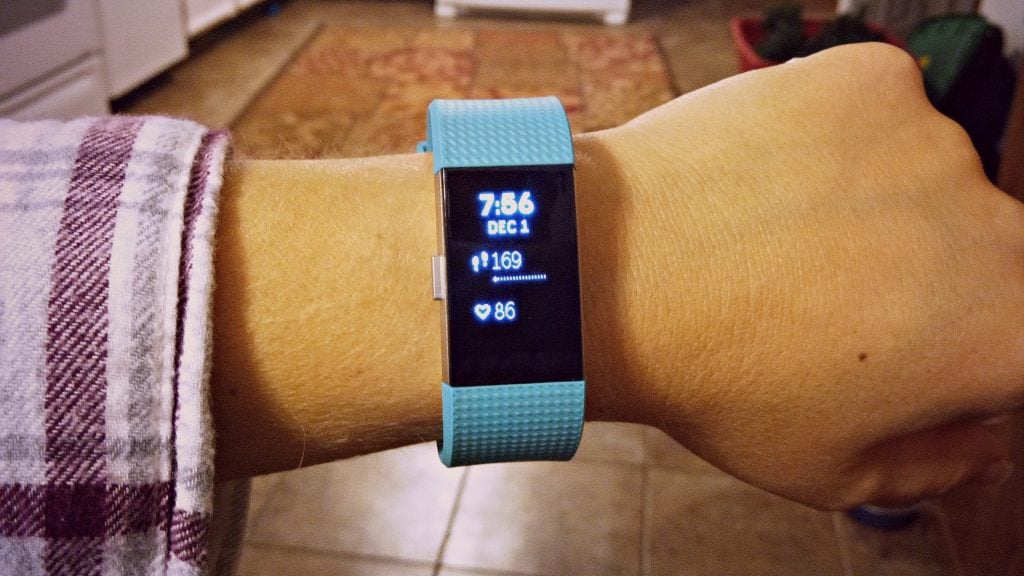 The screen is not always on, but a simple lift-to-peek gesture works to bring up the display. Moreover, you can also tap on the display to wake it or press the button on the side, too.

The Fitbit Charge 2 does quite a bit on its own, including functions such as stopwatch, exercise tracking mode, heart rate, and a new “Relax” mindfulness app. There’s not much need to open the app on your phone throughout the day unless you are looking to dive deeper into stats and historical data.

The Fitbit Charge 2 is capable of tracking distance, calories burned, active minutes, floors climbed, stationary time, sleep quality, and hourly activity. Additionally, it can connect to your phone for GPS stats on distance and mapping. The SmartTrack feature can automatically detect certain activities and record them in the app in a mindless and pain-free way. 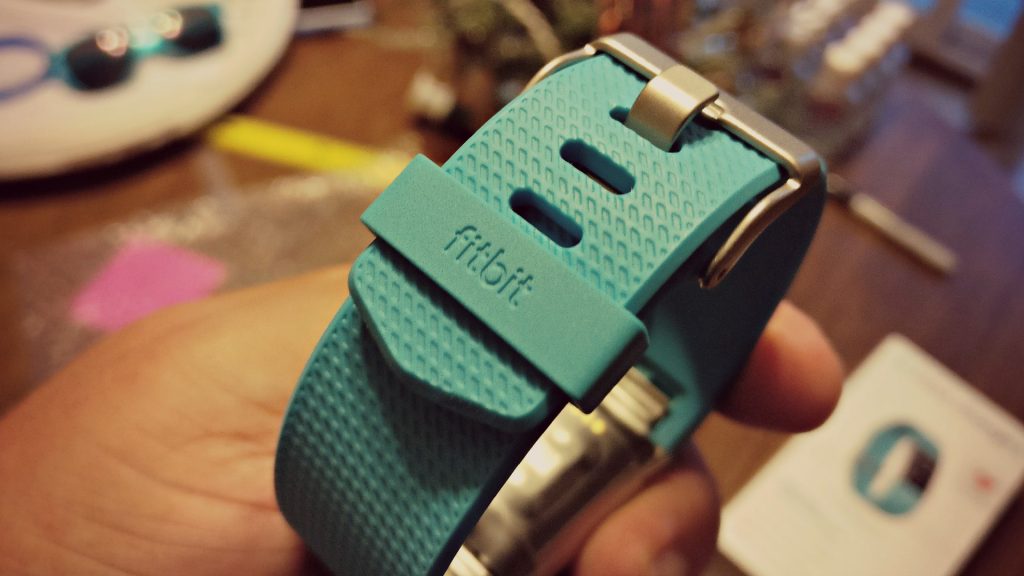 The aforementioned “Relax” option is a guided and timed focused breathing exercise. Designed to center you, it coaches you into a breathing pattern based off of actual heart rate readings. It’s a nice touch that you might not use all that often, but one that’s welcome when you want or need it.

We also appreciate that the watch can detect that you’ve been sitting idle for too long. A gentle vibration and encouraging word pop up on the display to remind you that it might be time to get up and stretch those legs. You might be surprised at how quickly an hour rolls around.

One area where Fitbit has gotten exponentially better over the years is in the area of its apps. The Charge 2’s dashboard is comprehensive and full of all sorts of wonderful details. If you’re looking for historical data, there’s plenty here to dig through.

It’s also in the app where you can record stats for water intake or weight; users can also adjust personal goals for movement. Is it hard to get in 10,000 steps in a day? Set things down a bit and start celebrating a more attainable goal first and then move on to more lofty ambitions. The Cardio Fitness Level is a really cool way of looking at your overall fitness level. Rather than simply giving you dry statistics, this becomes more of a game or score. In short, it takes everything it knows into consideration and provides you with a number. The goal is to raise that number with activity, weight loss, better sleep, etc. The app can help set realistic expectations and will work to get you there, but you just have to hold yourself accountable.

Battery life, at five days, was great and we appreciate only having to charge it up once or twice in any given week. Speaking of which, we kind of dig the charging mechanism and clamp which hold things in place.

There’s a lot to be said about the overall accuracy of consumer-grade wearables. Numbers can vary from one brand to another and things could change with a simple firmware update. But, when you take something like the Charge 2 as a whole and work with it, it’s a great way to get a base line read on your life.

Sure, steps might differ once in a while, but you can generally take the numbers as a solid indicator on things. Are you moving in the right direction? Are you even physically moving? The same goes for sleep. Maybe these wearable devices are not going to truly be able to discern between light and deep sleep, at least not for this price. What they can do, though, is tell you that you’ve been getting an average of five hours over the last two weeks and that you need more sleep. 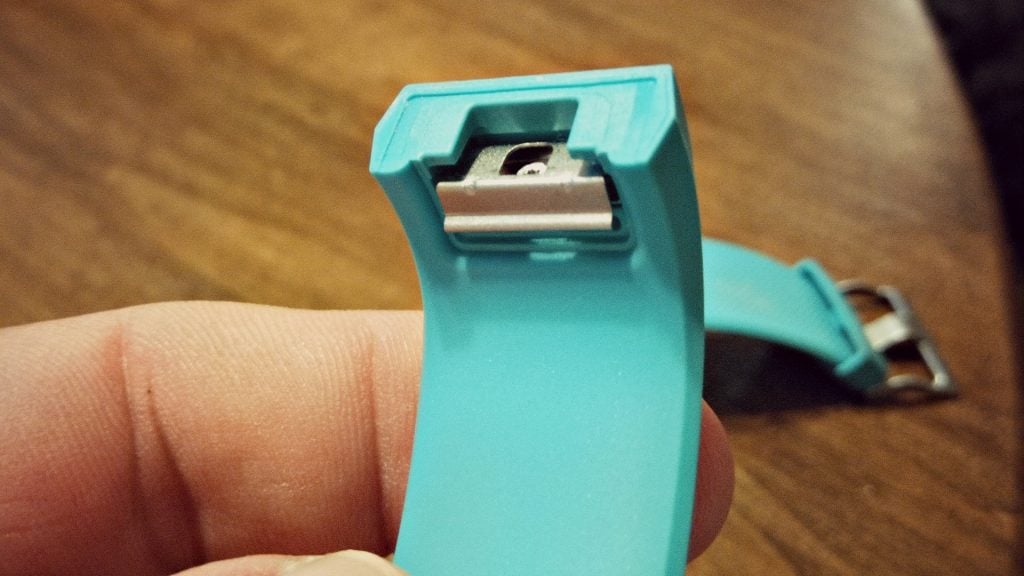 Although Fitbit says the Charge 2 can take the occasional splash in stride, we would love to keep it on all day. Showers are a risk because of the jet streams and it’s simply not built for diving deep into water. If it were able to handle the former, we’d be totally fine without the latter. With that said, don’t sweat it if you’re sweaty. A summer rain isn’t going to do anything to your Charge 2, either.

There’s no internal GPS in the Fitbit Charge 2, but we’re okay with that. When paired with a phone and apps it can keep a nice set of data for runs, bike rides, and walks. You’ll need to keep your phone with you if you’d like

As a whole, there’s very little here for us to fault. The price is right and the functionality is more than what most people need. We might like a smarter experience in something like an Android Wear, but we’d have to drop twice the money. The Fitbit Charge 2 is a solid wearable from top to bottom.

The Fitbit Charge 2 can be purchased at Fitbit’s site as well as other established retailers. Moreover, you may find it on the shelves of your wireless service provider. Pricing, as indicated above, is listed at $150. Below are some links to get you headed in a few directions.