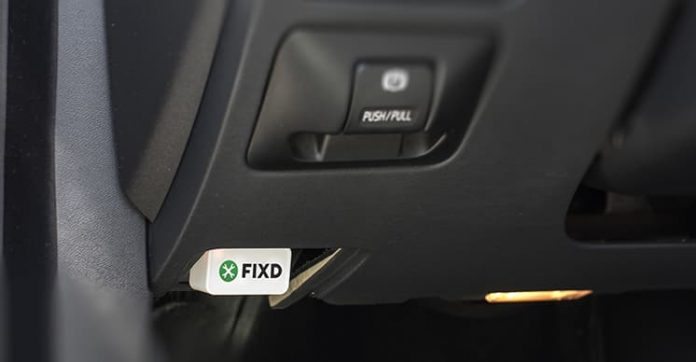 As automobiles continue to get smarter, we see less of that old stereotypical grease monkey mechanic looking under the hood as he tries to diagnose issues. Today it’s much easier for someone to troubleshoot a car or isolate a problem. What with computers and all, it’s often as simple as plugging into a device and waiting for a readout.

We’re in an era where it’s also easier for car owners to figure out what’s wrong with their automobile. Forget asking Uncle Dave to drive it around and see if he can find the problem. Today we get the luxury of knowing what’s up, even without asking a single person.

For some of us, the sudden presence of a “check engine” light can be quite scary. Are you gonna break down in the middle of your commute? What exactly has gone bad? Will you be dropping hundreds of dollars to fix a problem? Is this because you ignored other warning signs or might it be something brand new? It’s hard to know for certain what’s behind that vague symbol.

Fixd is an interesting solution in that it’s comprised of both hardware and software. Offered by Georgia-based Fixd Automotive, it gives users actionable and often very helpful information about their vehicle. It tells you what you might expect to find at a mechanic or dealer.

In short, the hardware plugs directly into your car’s OBD-II port and the software is handled via a mobile app. The Fixd sensor draws off of the power of the car and does not need to be charged.

Using either the Android or iOS app you will find that your phone pairs to the sensor via Bluetooth. After that you’re off and running and able to pull diagnostics.

The OBD-II port is found under the dashboard or in the glove box in many cars; you must have one from 1996 or newer for the Fixd to work. Interestingly enough, it does work with hybrid vehicles, too.

Fixd can identify thousands or potential issues across pretty much all cars from the last two decades. Whether it’s a sensor that’s gone bad or engine oil temperature or something else, it can narrow down your problem. Sometimes these issues can resolve themselves or go away with minor adjustments.

Fixd won’t break down every indicator light across your dashboard but it’s more than adequate to point you in the proper direction. It can be used, though, to clear out a few lights in the console. 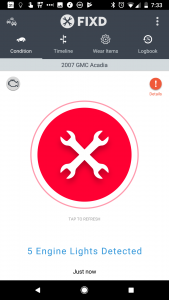 Considering the cost, it’s cheaper than taking a vehicle in for a once-over at the mechanic. Not only that, but it can be used for scheduled maintenance, too. Fixd can identify the major milestones for vehicles and alert you when it’s time for key preventive treatment.

Instead of giving you a specific code or technical readout, Fixd tells you the severity of the issue and what the potential consequence is if you continuing to drive. On one hand it could just be less efficient gas mileage; on the other it could be something much more serious. The app lists them in a tab and provides descriptions of each.

The Fixd app can work with multiple cars but requires additional sensors. Put one in each of your family’s vehicles and you’ll have one central hub to check on diagnostics and preventative maintenance.

We were sent a Fixd unit for review and, regretfully sat on it too long. Had we known how easy it was to use and how helpful it would be for regular maintenance and checkups we’d have put it weeks back. Instead, we waited until we had a check engine light situation in one of our cars. 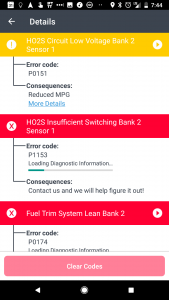 Upon running the diagnostics we were alerted to five total issues, a few of which were electrical in nature. The Fixd app told us were looking at a specific bank and that one problem was O2-related.

After spending a day or so at the mechanic we learned that, indeed, these were the problems. The garage was able to dive deeper and help explain things to us, but we were more than happy with what Fixd gave us ahead of time.

For around $60 we definitely recommend picking up a Fixd unit. It’s cheaper than most one-time diagnostics, and it can also be used to help keep your vehicle regularly maintained.

Learn more about Fixd at its website; the device can also be purchased for about $59.99 at retailers like Amazon, Best Buy, and Walmart.