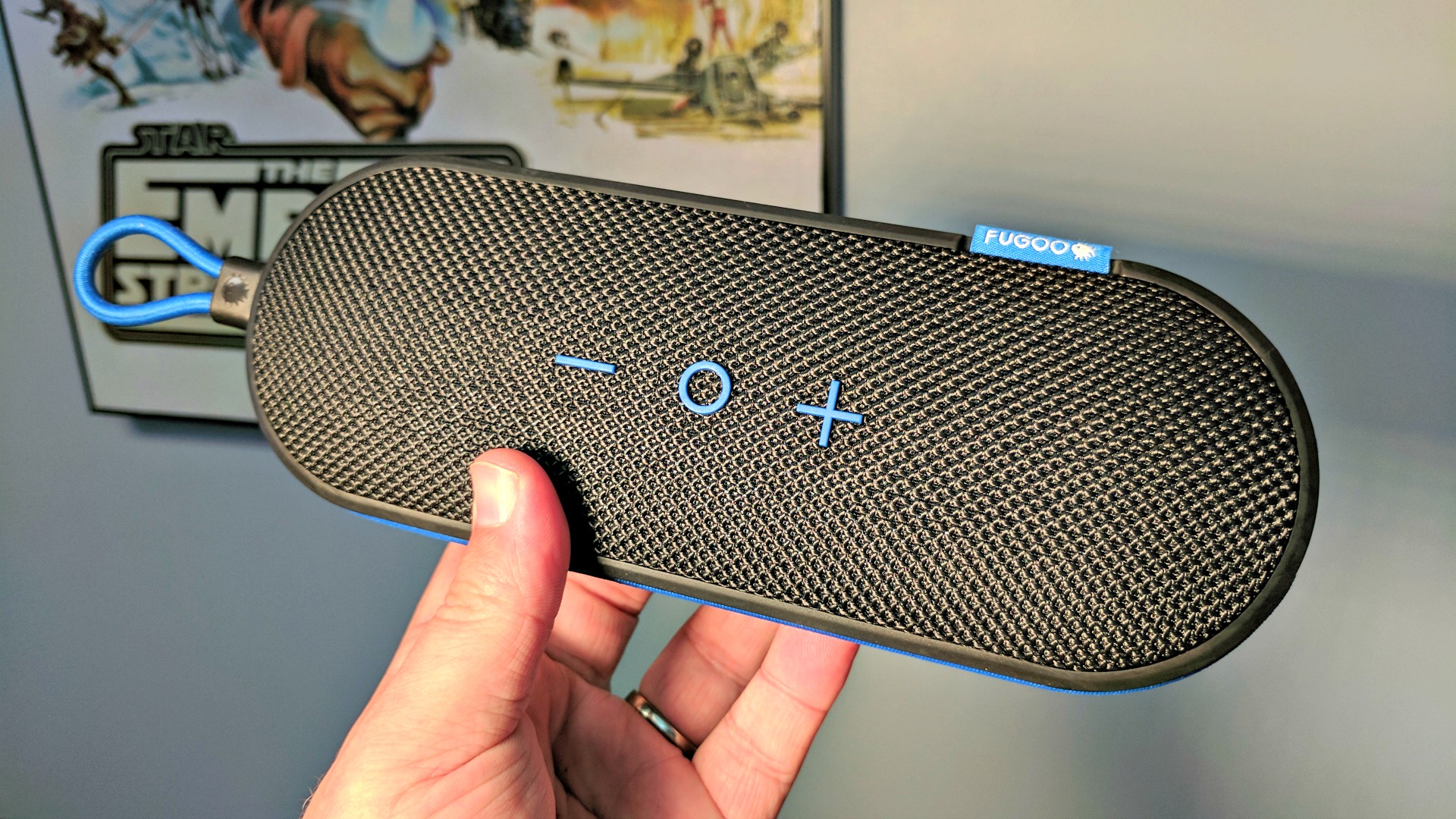 The Fugoo Go is a portable Bluetooth speaker that is designed to go just about anywhere you might. Thanks to its IP67 rating, the unit can withstand being in three feet of water for up 30 minutes. Moreover, it will also stand up against dust, sand, mud, and pretty much anything else that might be considered messy.

When laid on its back, the Fugoo Go projects sound in an almost 360-degree manner. The unique design, however, lets you prop it up at an angle or stand it on its “side”. Not only that, but the attached bungee mounting cord lets you hang it from hooks or secure it to a pole, bike handlebars, or backpack.

One of the cooler features of the Fugoo Go is its ability to pair to another unit for true stereo sound. Conversely, it can also simply double the existing playback, giving equal sound to both. The former works great in an environment where you plan to listen to music with interesting audio mixing and engineering; the latter suffices for podcasts, audiobooks, and other less ambitious sources. 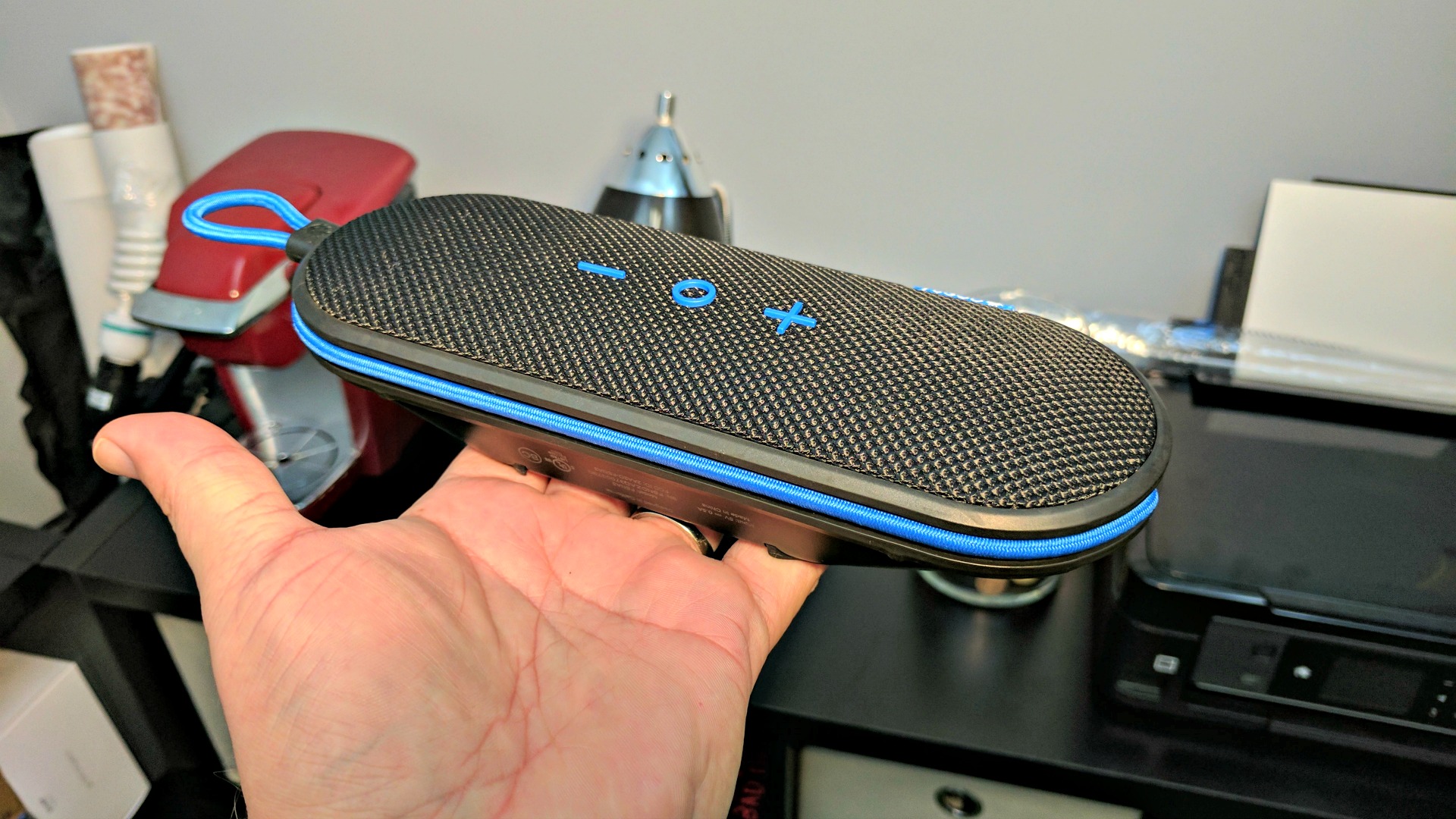 We found that the speaker puts out a decent volume on its own but it does lack an overall punch. The range itself was fairly broad but it was lighter in the bass. This may or may not affect you; it depends on what you’ll listen to.

When paired together in stereo, the Fugoo Go produces an excellent experience. The sound travels to and from speakers, dances between, and stays in place. There’s a very discernible left and right sound in music like Pink Floyd, Radiohead, or Ferry Corsten. And, like you’ll find with a good pair of headphones, it’s nice when the sounds can do what they’re produced and expected to do.

The Fugoo Go is a very solid little speaker and looks strong enough to take a beating. According to its website, the unit can withstand a drop from around five feet. I don’t know about you, but I don’t like dropping or submerging any electronics unless I have to. With that said, we did hang one in the shower and set it on the front porch during a recent snow. As you’d suspect, it still works just fine. 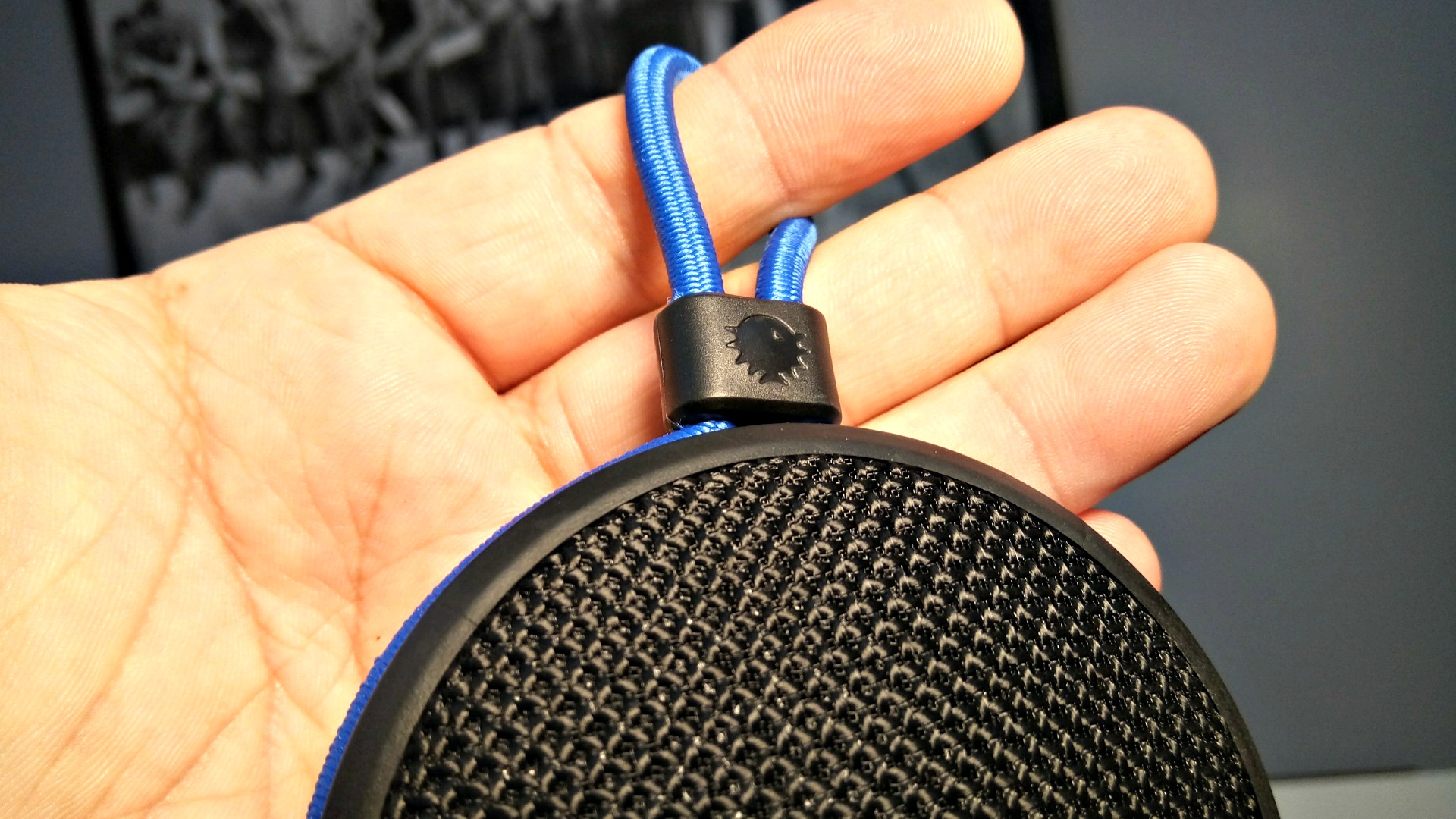 Volume controls are synchronized to your phone, meaning that when it’s at full volume on the handset, that’s where you are on the speaker. Some brands will let you continue to push volume louder with an indicator sound; these did not.

Pairing is very easy to do with the Fugoo Go and it’s automatically seeking upon powering on. Should you wish to connect two together, a simple press of the Bluetooth button and ‘+’ button starts the process. Do this on both speakers and you’re ready to go inside of ten seconds. Also a cool feature is that when you turn off one speaker, the other responds in kind.

We liked the feedback in the buttons for power and Bluetooth and the dimples are easy to find when fumbling blindly. The volume levels and play/pause are on the face of the speaker and are very obvious. Additionally, there’s no mistaking which one is which when feeling for them without looking. 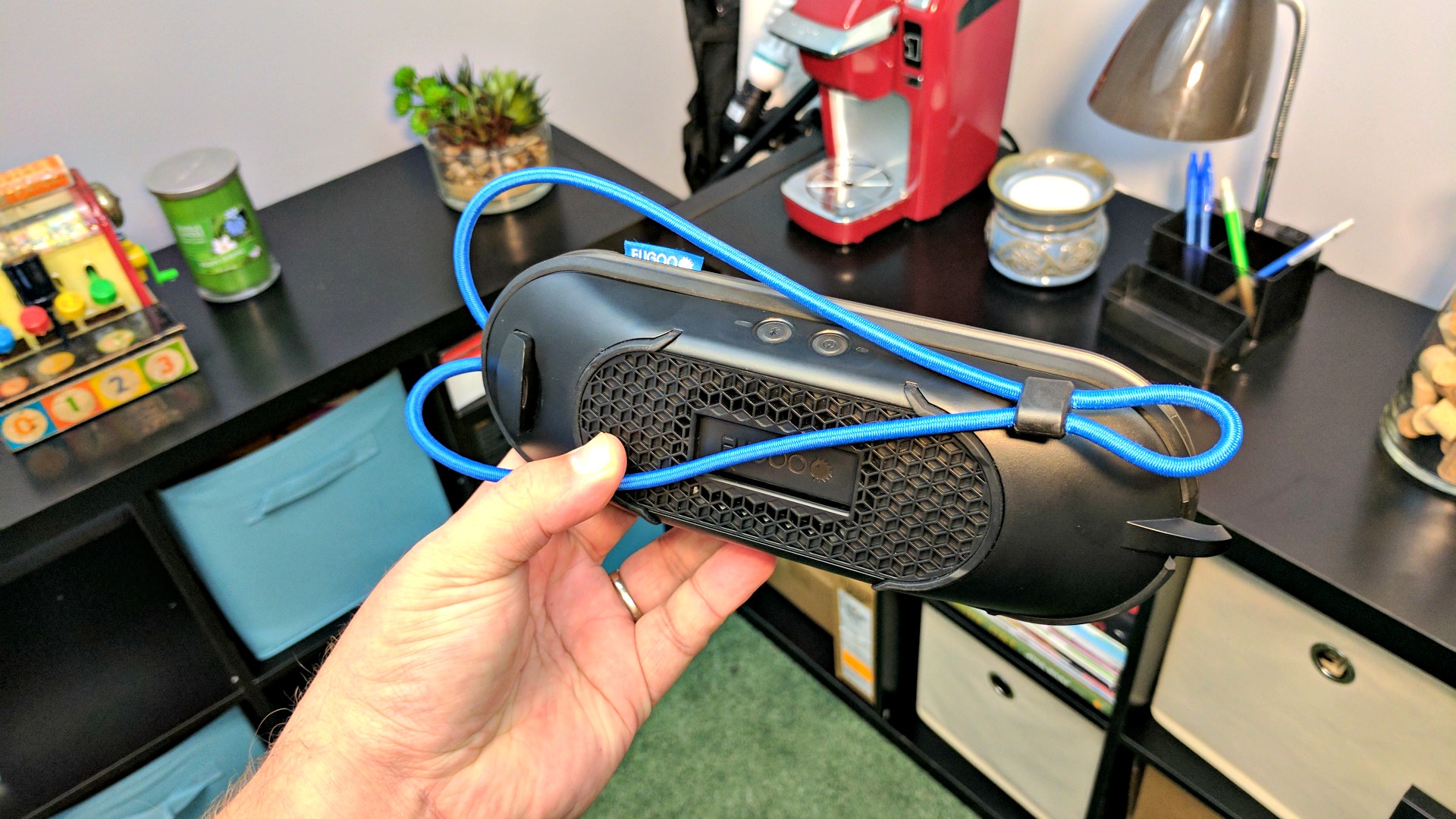 According to Fugoo, the Go will get you around 10 hours of continuous playback at fifty percent volume levels. We never got into a situation to test the continuous aspect, but, suffice it to say, the speakers last a long time. We charged them up roughly three times in the span of more than two weeks. Charging is done via microUSB cable and takes around five hours if the speaker is at zero.

Were it warmer weather out we would have loved to set these near the pool or on the deck. The Bluetooth 4.2 connectivity tells us we should get up to 100 feet/30+ yards distance from the phone. In placing them around the house, and in different rooms, we were pleased with results. If you’re having a casual night of entertaining friends, you can probably set these at around 20 percent volume and put them in different rooms for a nice background soundtrack.

The Fugoo Go runs about $100 and comes with a one year warranty. Additionally, Fugoo offers a 30-day money back guarantee if you purchase from them. Looking at Amazon at the time of this article’s publication, we found it to retail for $78. Worth the money? At $100, it’s a good buy but not quite a must-have. If you can get your hands on one, or two, for less than $80, you’ll be in great shape.