Over the last few years we’ve come to test a number of speakers from Fugoo. Whereas we previously had never heard of the brand, we now look forward to each new product. Why? Consistency. Its various speakers all have a similar, somewhat distinctive design, can be accessorized and enhanced with clamps, mounts, and straps. Moreover, Fugoo’s products are built well and feature quality materials.

We’ve spent a few weeks with one of Fugoo’s latest releases, the Style-S. A portable Bluetooth speaker with an IP67 rating, the unit is is designed to go wherever you do. Able to withstand being in three feet of water for up 30 minutes, it can also stand up against dust, sand, mud, and pretty much anything else that might be considered messy. 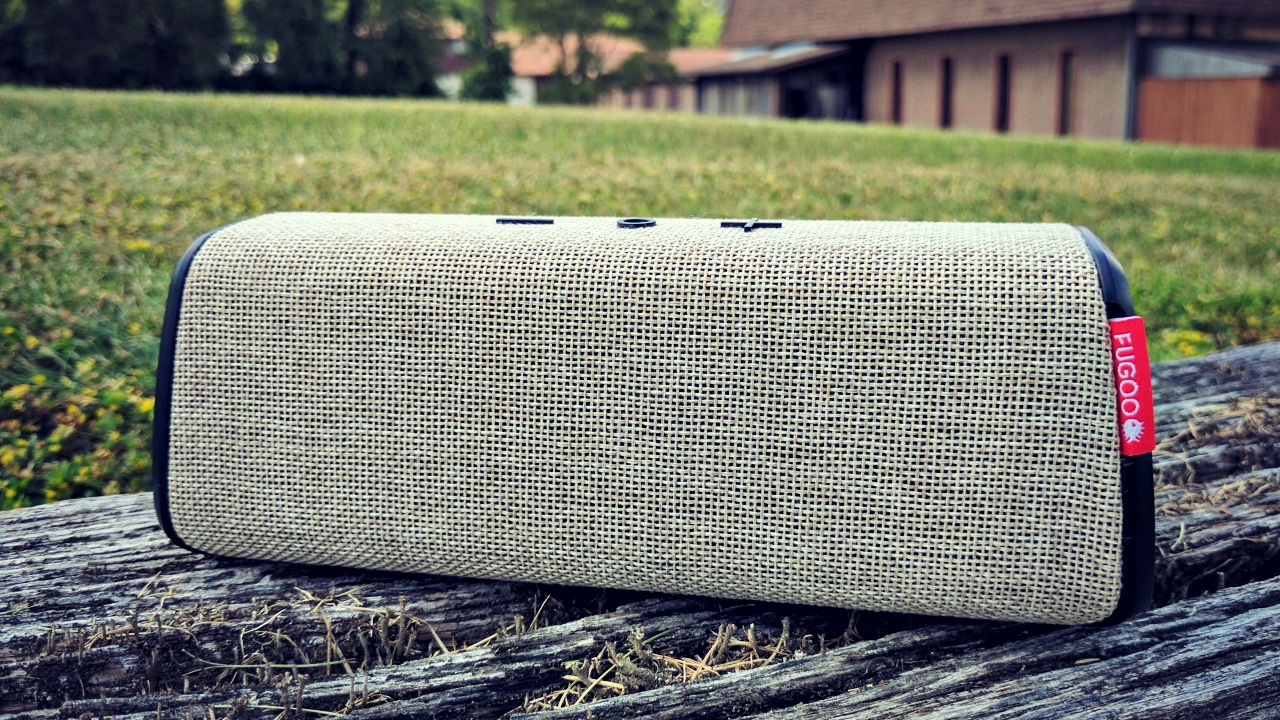 Unlike the new-ish Fugoo Go, the Style-S doesn’t look like the sort of speaker that wants to play outside. The fiber-reinforced resin case gives off a semi-casual, almost beach life appearance, but it would be right at home in an office or kitchen. Don’t be fooled, though, this speaker loves to get wet and dirty.

One of the cooler features of the Fugoo Style-S is its ability to pair to another unit for true stereo sound. Conversely, it can also simply double the existing playback, giving equal sound to both. The former works great in an environment where you plan to listen to music with interesting audio mixing and engineering; the latter suffices for podcasts, audiobooks, and other less ambitious sources. 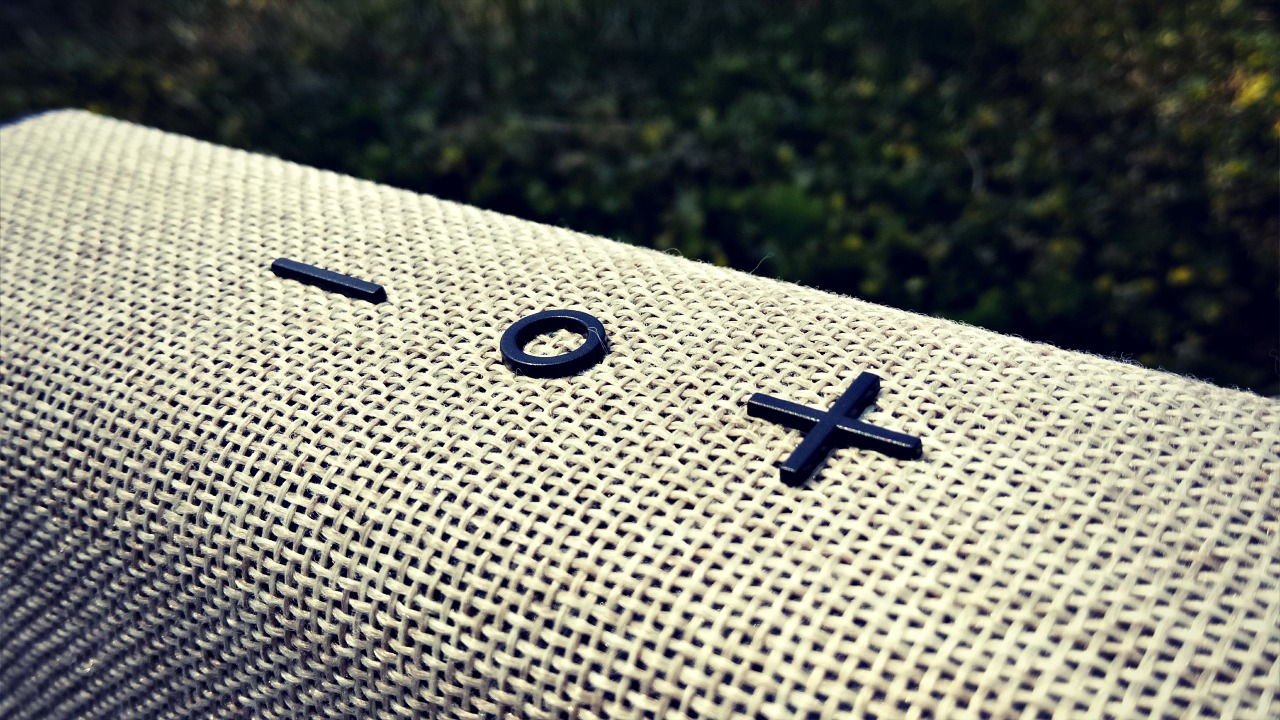 According to Fugoo, the Style-S will deliver around 15 hours of continuous playback at fifty percent volume levels. This is about five hours longer than what you’ll get out of the Fugoo Go and amounts to a good two or three days at the beach.

As a matter of practice, we charge our devices up just about any chance we get. Even when we’re testing things out, we find ourselves plugging in when possible. Our thought is much like teaching children how to use the restroom: go when you can, not when you have to. As such, we charge at night, even if we know we only used a fraction of the battery.

Charging is done via microUSB cable and takes around three to four hours if the speaker is at near zero. This is also a little faster than what we experienced in the Fugoo Go. 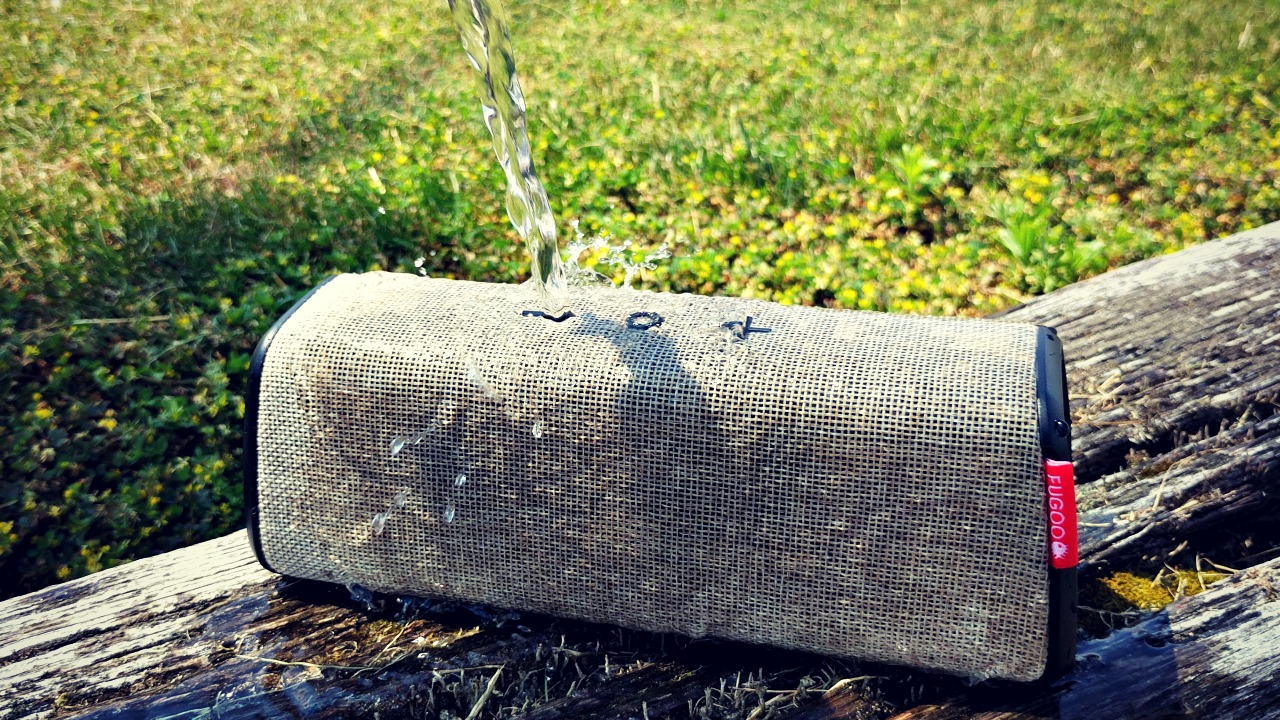 Whether going it alone or paired with another unit, music sounds great with these speakers. We recommend the stereo if you’re in smaller areas or where you can listen to appreciate the dynamics in music. Adding a soundtrack to a pool party? Go with the Double mode and just crank it.

We found ourselves treating the speaker as if it didn’t belong outside. To us it looks like a more fashionable unit. It definitely deserves the Style moniker. But, when fitted with a bike mount or clamp, it quickly becomes more utilitarian and practical. In other words, we’ve seen much uglier or boring speakers with less functionality.

Another feature we appreciate seeing in a portable speaker is the ability to take calls in speakerphone. To us, a Bluetooth speaker that’s designed to go anywhere should, listeners should be able to keep their phones tucked away and still take phone calls. We don’t want to be out on the river, in a kayak, only to take our phone out of a waterproof carry case. Indeed, the Style-S lets us use voice-enabled speakerphone, giving us peace of mind.

As it relates to sound, we never really had to get the volume levels up above half. Pairing it to another speaker gave us more than enough to provide ample backing music for a day next to the pool. And, if you’re taking this on a hike or bike ride, you won’t want to be that loud, lest you desire to look foolish. 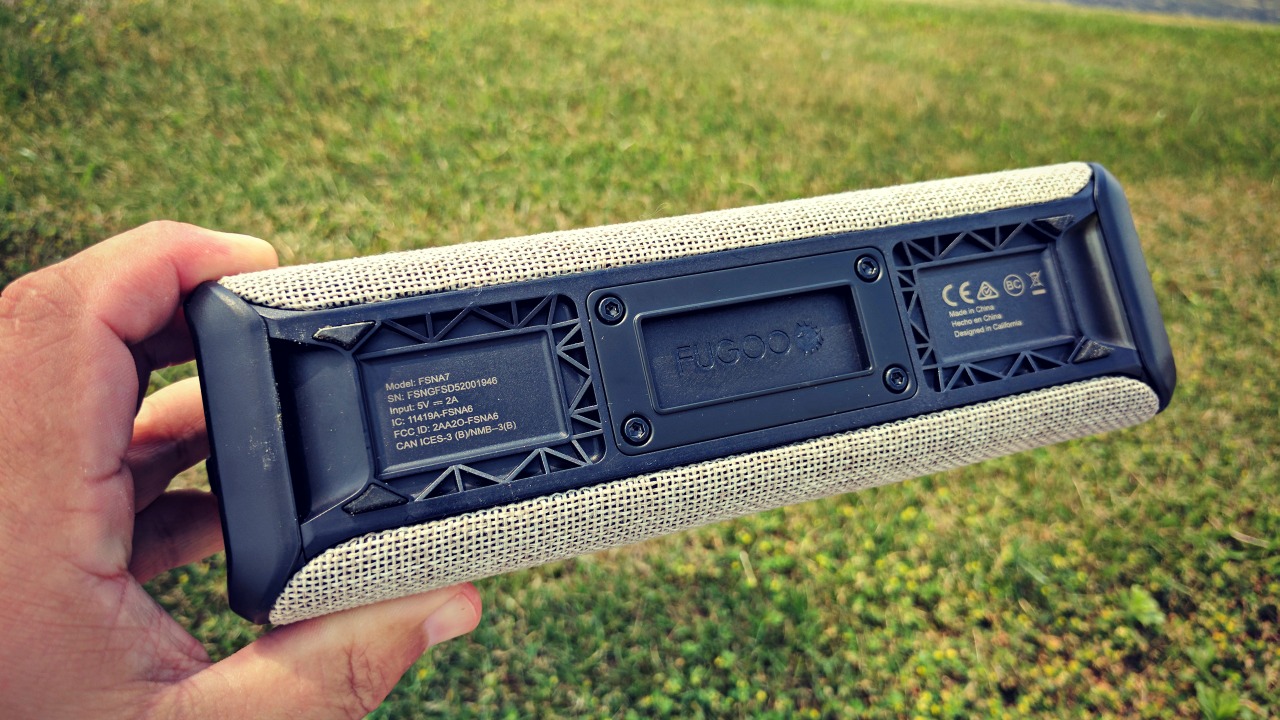 The Fugoo Style-S is compatible with a number of accessories, including the Bike Mount, Strap Mount and Multi-Mount. In a related note, if you purchase the speaker from Fugoo’s website, you can currently receive a free Mount Pack which includes the aforementioned items. Alternatively, you can save 30 percent on a second Style-S speaker.

The Style-S runs about $140 if you purchase through Fugoo’s website; Amazon lists it for $150 and there are plenty of retailers around the country who offer Fugoo products.