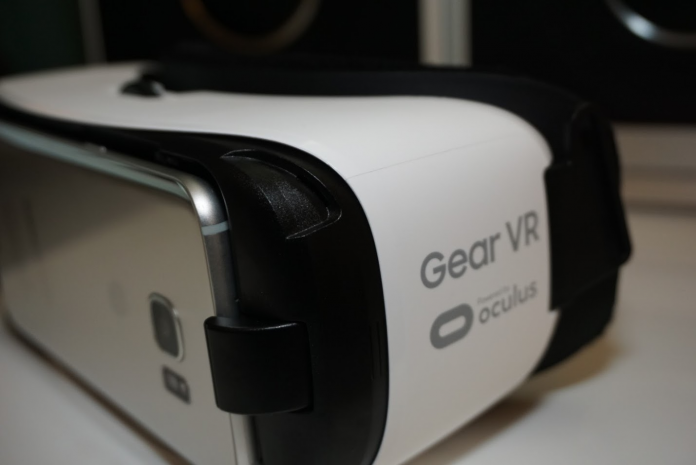 Last week I published my review of the new Samsung Galaxy S7, one of the best phones that will be released this year, if not the best. That leadership status is really leaning on the fact that it is partnered with one of the only commercially available VR headset units at the moment, Gear VR. I honestly found the Gear VR to be the biggest selling point for the phone and I know I’m not the only one.

I didn’t know what to expect when I donned the Gear VR for the first time. You can watch as many experience videos as you want, but you still really won’t understand what it’s like to be in the virtual reality world. The app/game store isn’t very sprawling and the interface within the headset leaves something to be desired, but there are a lot of games and apps available for your entertainment.

One game that I tried was called Drift, which is a game that thrusts you full speed ahead toward the finish line. The objective of the game is to duck and turn through a series of obstacles and it has a narrator who brings the jokes similar to Wheatley in Portal 2.

Each level is a little longer and harder, introducing new ways to navigate the maze and new things to avoid (being shot or chopped in half by a samurai are some of the things to avoid). The best way I can describe it is by comparing it to a sideways runner, like Sonic, except that it’s 3D, so you’re running/flying forward and it feels like there’s an actual threat when you come upon one. The game was a lot of fun, but it’s almost more fun to watch someone else play it.

As much fun as that is, my favorite feature of the Gear VR was actually the Netflix app. It obviously plays Netflix movies and TV shows, but it’s in VR so they put you into a room in a cabin in the mountains with a TV wall and you’re sitting on a couch surrounded by Netflix show posters and some magazines on the coffee table. All of this was cool in general but I was just intellectually impressed by the level of thought that Netflix put into this. When you turn on a show/movie, the lights in the room go down so that there are fewer distractions. What’s more impressive, though, is that much like in real life how the TV can light up the room when there’s an explosion on TV, the virtual room would be lit up (with the tints of the colors on screen) whenever the screen got bright.

The Gear VR is still a first generation VR headset, so it isn’t perfect. I haven’t used any other VR units yet other than a prototype of Oculus about 2 years ago (and Google Cardboard) so I really don’t have a lot of experience with “today’s” VR landscape but, from what I hear, there are much better options, a la the HTC Vive, on the horizon. The problem with the Vive and Sony’s PlayStation VR headsets is that they require the user to be tethered to a PC or gaming console that does all of the graphics processing instead of using a tiny phone GPU and they are much more expensive.

Ultimately, there’s going to be a trade-off on these early generations of VR between quality and freedom of portability where the Gear VR fits squarely in the portable category. The quality of video is just not as good and it’s probably going to take a long time before we get to a point where it is. We can film something with 4K cameras, but it won’t be 4K anymore when you get done stretching the stitched-together images across a 360-degree viewing angle. This is particularly evident on things that aren’t computer-generated, but real films like this interview The Verge did with First Lady, Michelle Obama.

What I found about watching video like this on the headset (apart from its incredibly low quality) was how difficult it would be for the typical end user to load the video for viewing. If a video was set up to be viewed in 360 3D, the user has to put the video into a specific folder on the internal storage of the phone (/Oculus/Movies/360videos but the 360videos folder doesn’t exist by default, so you have to create that) and then append “_LR” to the end of the name of the video if it is in a left/right format or “_OU” if they are in over/under format. Other instructions that I have seen online are even more complex and would go way over the head of the average Samsung Galaxy user.

I’m sure that there will be better ways to do this in the future (a simple software update should be able to do it) but right now, that entire process is too much.

As far as looking through the Gear VR headset to see the real world around you, I would say you’re a fool to try; I certainly was. Take the already low quality of the video and then cut the viewing angle to about 60 degrees and that’s what you have when you enable this feature. You’ll be lucky if you are able to pick up your drink without spilling it; I certainly was.

Obviously, there are a lot of things that can be improved and I’m sure they will be, but it’s hard to criticize this too harshly considering it’s a first-generation product. Overall, I had a lot of fun with the Samsung Gear VR (and so did nearly every friend that I had over to my house while I was reviewing it) and I look forward to what Oculus and Samsung cook up in the future.