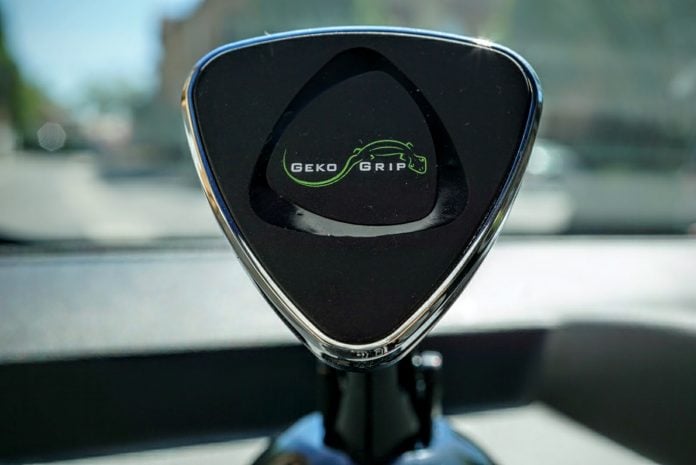 Using your smartphone while driving is one of the least intelligent things you can do in your day. It’s been proven that driving distracted leads to accidents which is why it was banned by the vast majority of states in the US.

According to the National Highway Traffic Safety Administration (NHTSA), a car accident is 23 times more likely to happen when a driver is texting. NHTSA found that 30 percent of all car crashes in the United States result from drivers who admit to texting right before the accident. NHTSA studies also found texting while driving is more dangerous than driving with a blood alcohol level of .08 – the percentage almost every state uses to determine intoxication.

If you want to use a smartphone in your car while driving, just get a car mount. They aren’t pricey and cost far less than a ticket, let alone an accident.

I’ve been using the GekoGrip xM3 series modular magnetic dashboard & windshield car mount and think it’s worth getting if you haven’t gone hands free yet. 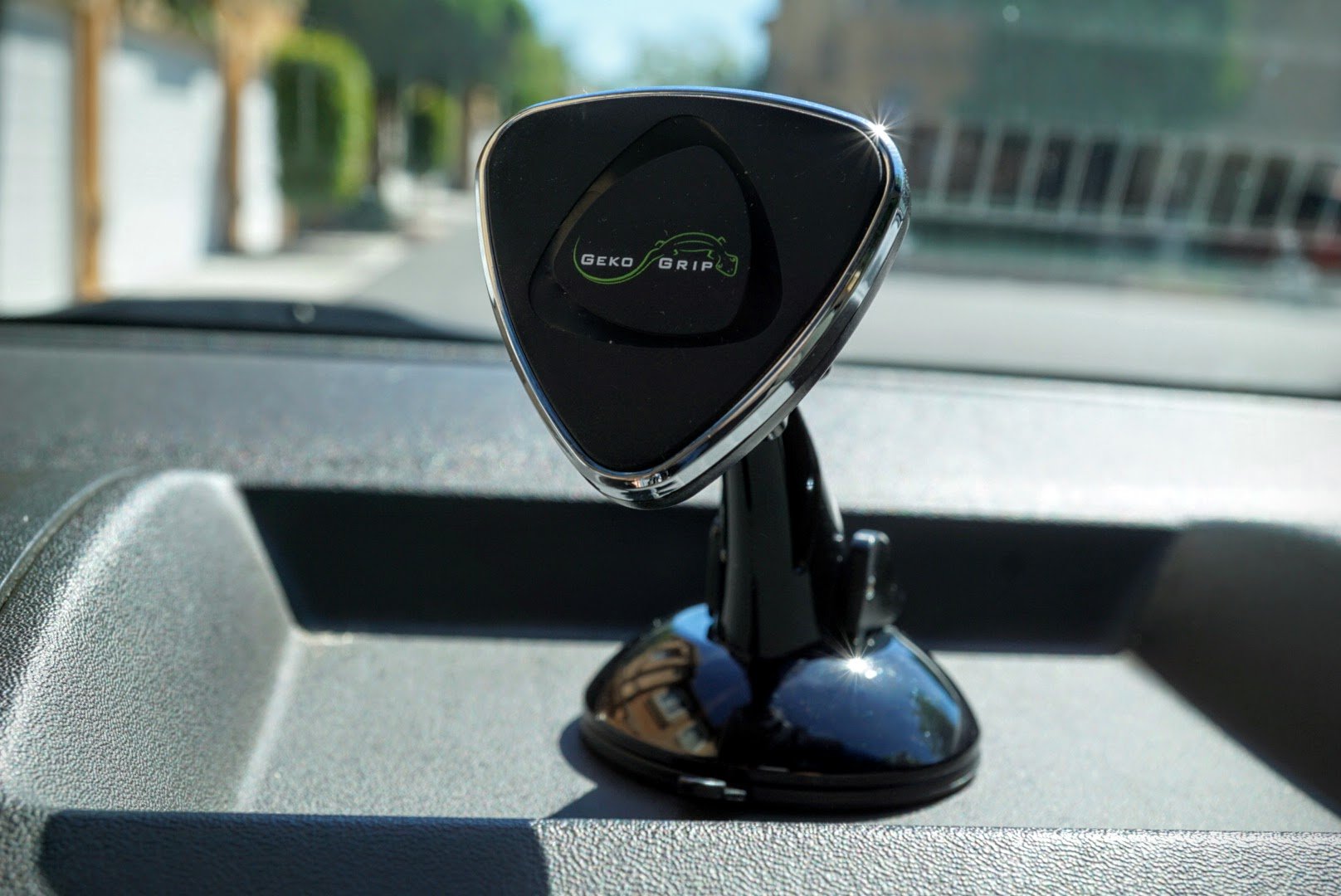 The GekoGrip xM3 series modular magnetic dashboard & windshield car mount is the third mobile accessory I’ve used from GekoGrip. I reviewed and used the vent mount and CD mount in the past and thought both of those were great investments.

With GekoGrip you get high quality builds on its products. There are hundreds of mounts that cost less than $10, but I’ve usually found those to be poor performers over time. The dashboard and windshield mount from GekoGrip is its finest example of mounts.

It uses a suction cup to mount onto a flat part of your dashboard or windshield. On top of the suction cup is a small arm with an adjustable triangular shaped magnet. The suction cup is nice because you can remove it and reattach it multiple times without fear of losing stickiness. It’s built to withstand high temperatures in the sun too.

Included in the box are two metal pieces – one can be used to put in between your smartphone and a phone case, and the other is a disk that can stick to the back of your device if you go caseless. 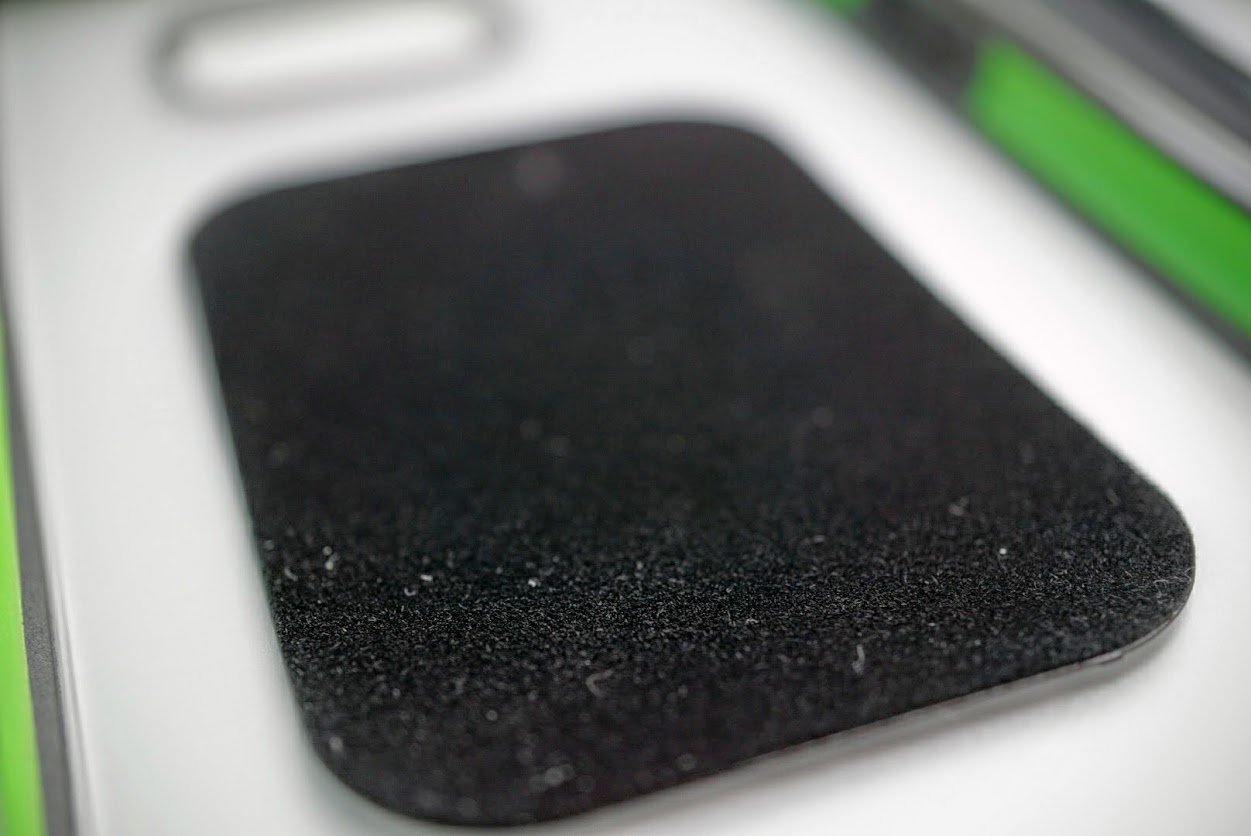 Using a magnet to hold your smartphone (or GPS) is the easiest way to go hands free. There are several mounts where you need to clip them into place, and adding an extra step like that usually turns out to be a pain for most people. With a magnet, you simply hold your phone up to the mount and it sticks. 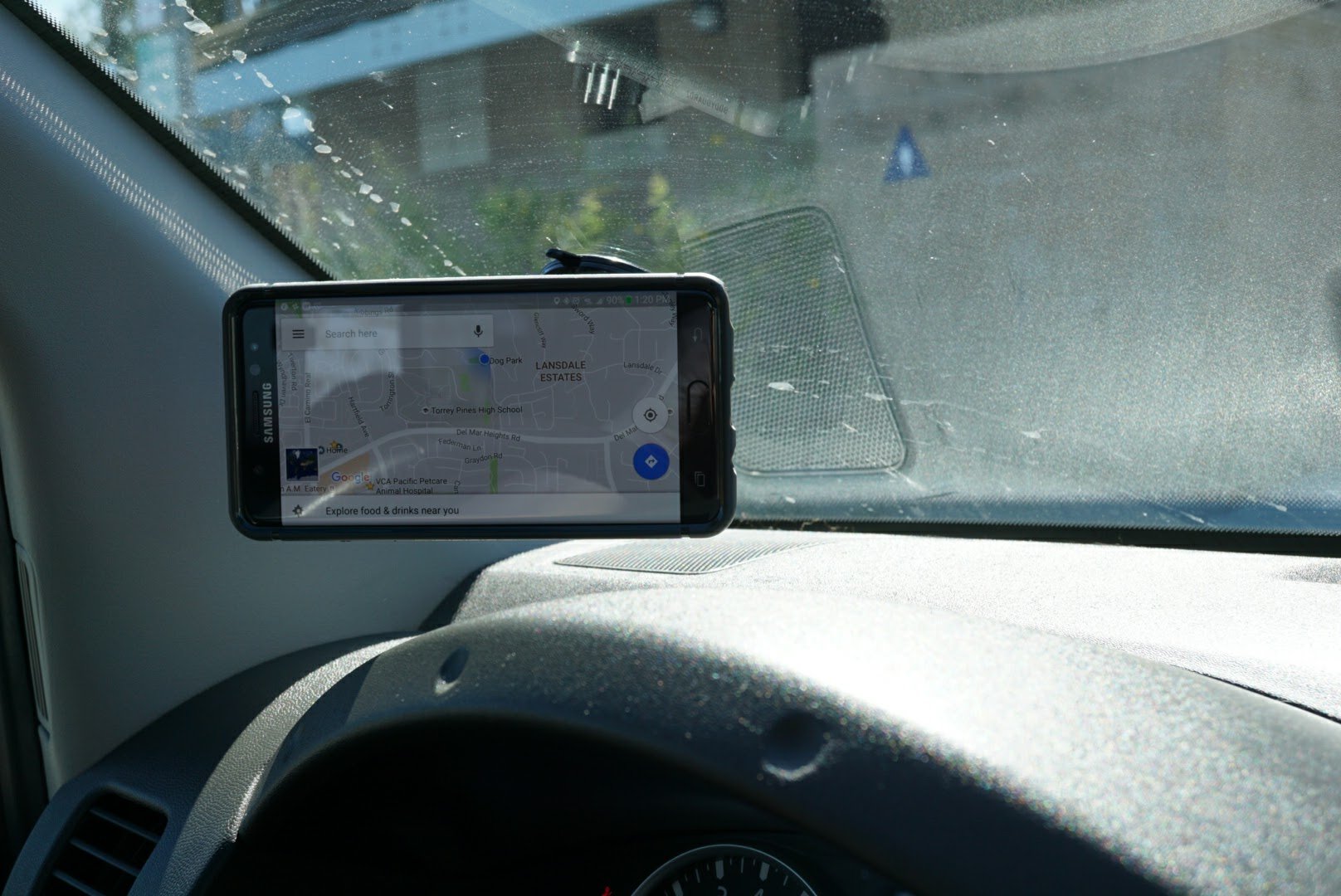 I used two heavier phones to test this mount – the iPhone 6S Plus (192g) and the Samsung Galaxy Note 7 (169g). The mount rated to hold 300g, which is more than enough for some of the heaviest phones on the market. I tested the mount thoroughly with my bouncy off road suspension and terrible Southern California roads, and never experienced a single issue with the phone falling off the mount.

The mount also features a fully rotatable head which allows for positioning of your phone however you prefer. 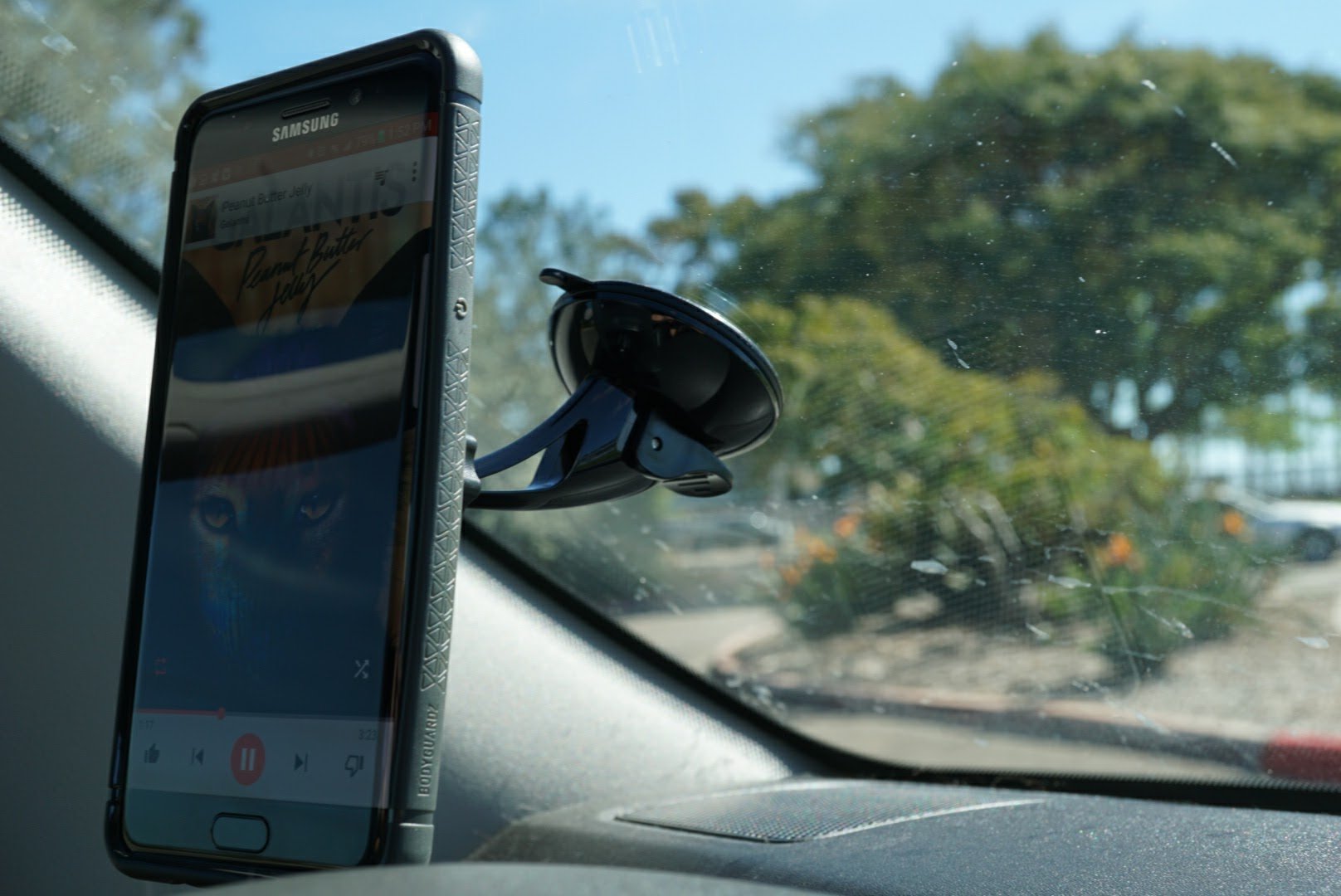 It’s one of the slimmest mounts you can get that mounts to your dash or windshield. I prefer this mount to the vent and CD mount because it doesn’t obstruct my vent and radio controls. I also prefer to keep my phone in the lower left hand side of my windshield which is in more inline with the road. And if you mount it correctly, it doesn’t take up much more space than what the pillar already occupies. 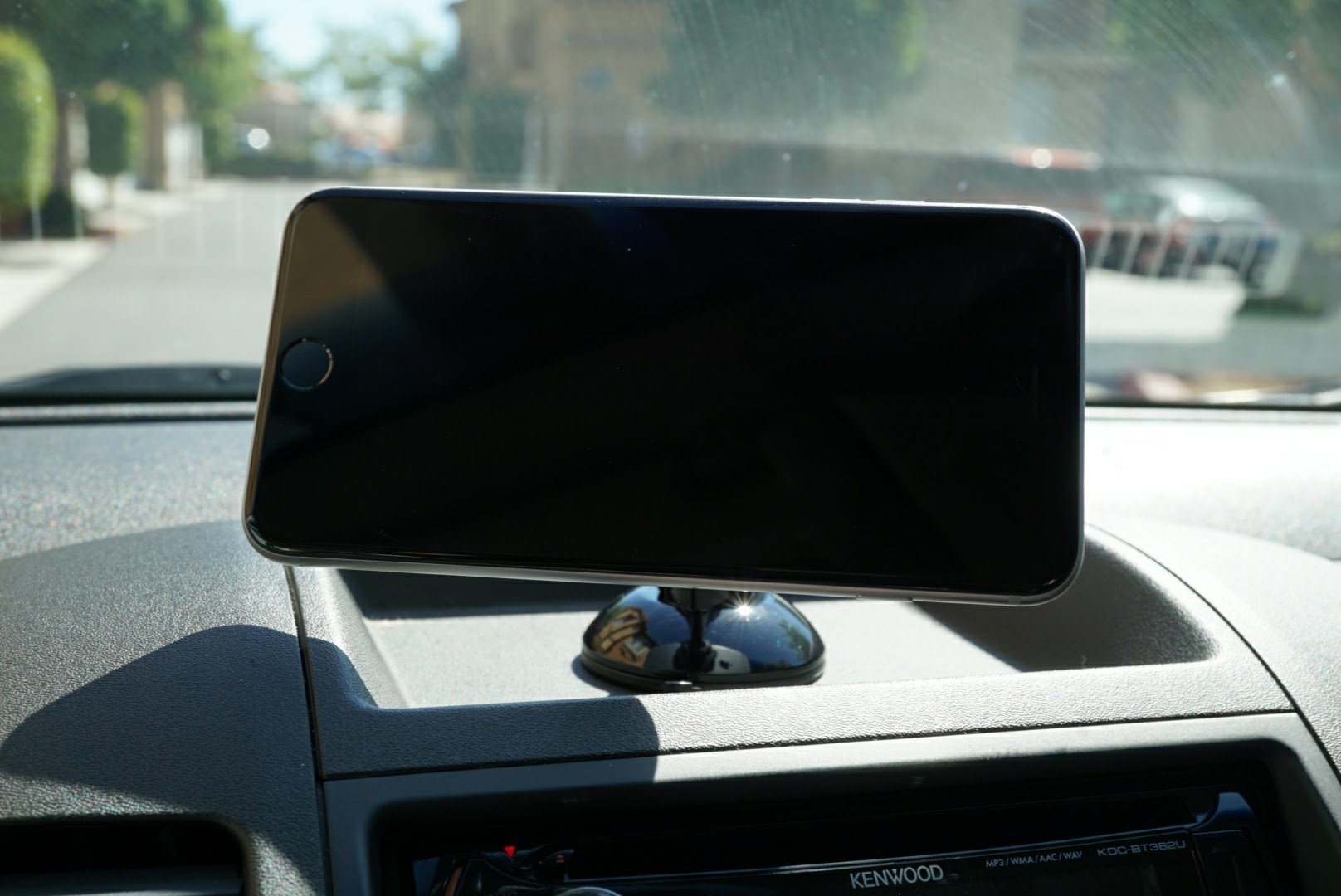 The GekoGrip xM3 modular magnetic dashboard & windshield car mount is priced at $24.95 at Amazon with free Prime shipping. It isn’t the cheapest mount you can buy, but the case of “you get what you pay for” certainly applies to this product as it is one of the best you can get.

While it may not be designed for home use, I actually enjoy using a second one I grabbed on my desk which does have a glossy finish. 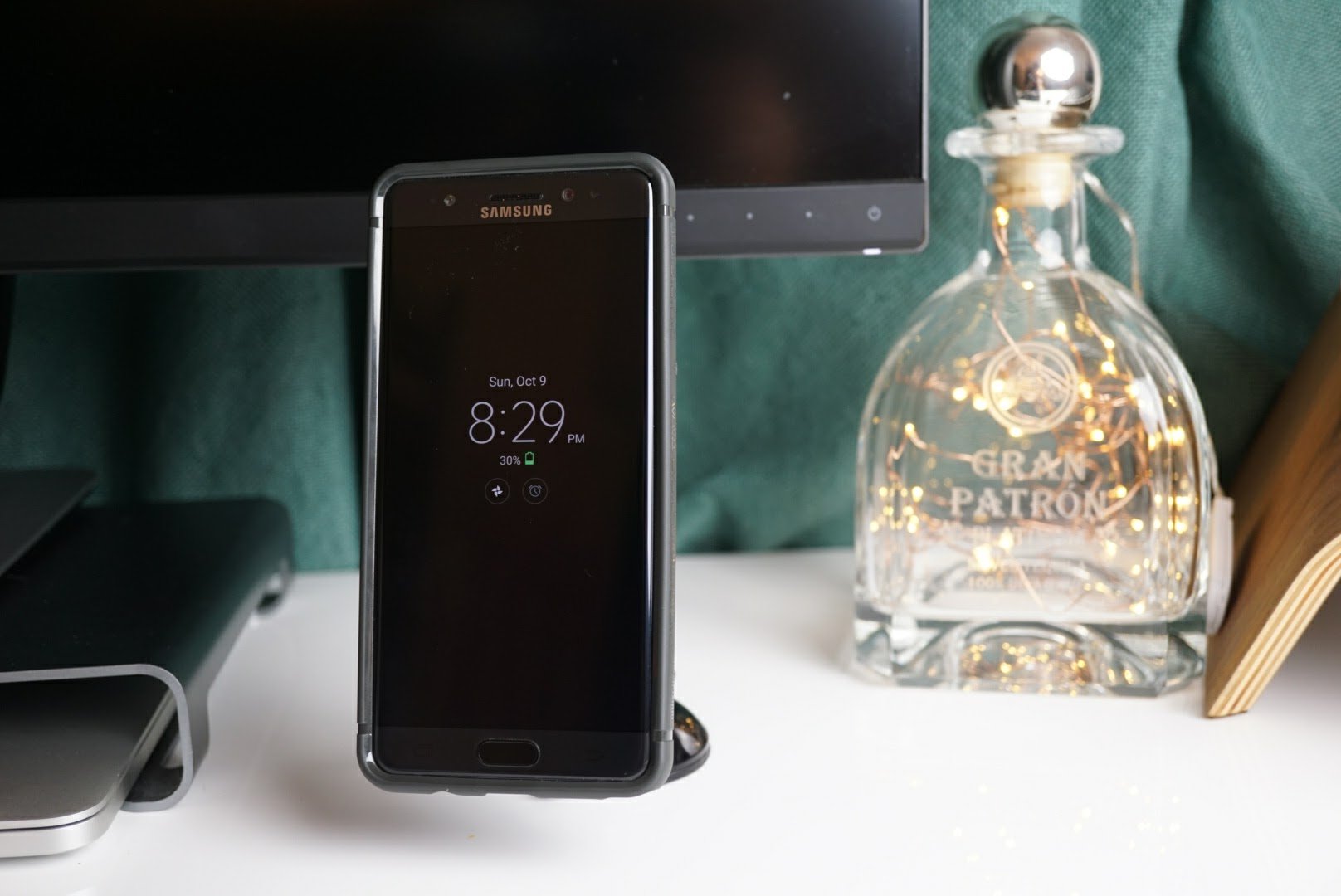 Remember driving while distracted can be avoided. It’s not a smart thing to do and has been shown to be more dangerous than driving drunk. It’s just not worth it. GekoGrip’s windshield and dash mount is a great investment for those of you who don’t already have a phone mount.