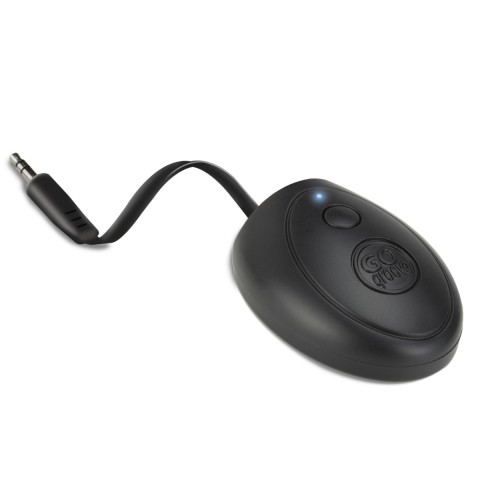 GoGroove produces a multitude of accessories that nicely complement your smartphone experience. One of these that caught my eye was the RCV Bluetooth Receiver. You see, the wireless world is a growing one. Like with the move of cars to electric power, we have hybrids to help the transition. 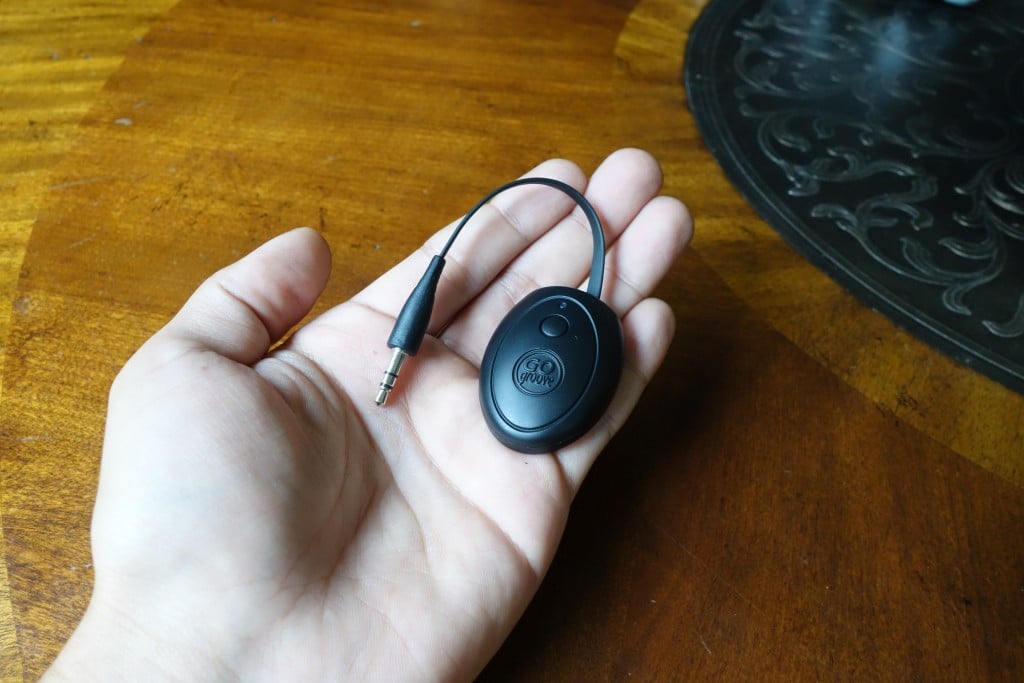 The RCV is a small device that adds wireless capability where it is lacking. And you want to know the cool part? It can route the signal either way, to or from. What does this mean?

Well, you’d probably guess the typically use case for the RCV would be to plug into a computer, speaker, or even car audio and receive tunes to your Bluetooth headphones. You’d be right, that’s the primary purpose of the RCV. But what if you didn’t have Bluetooth headphones?

You can actually interface your wired headphones into the RCV (using a 3.5mm coupler) and the RCV will pick up the audio signal from your smartphone and transmit it to the headphones. Pretty cool, huh? 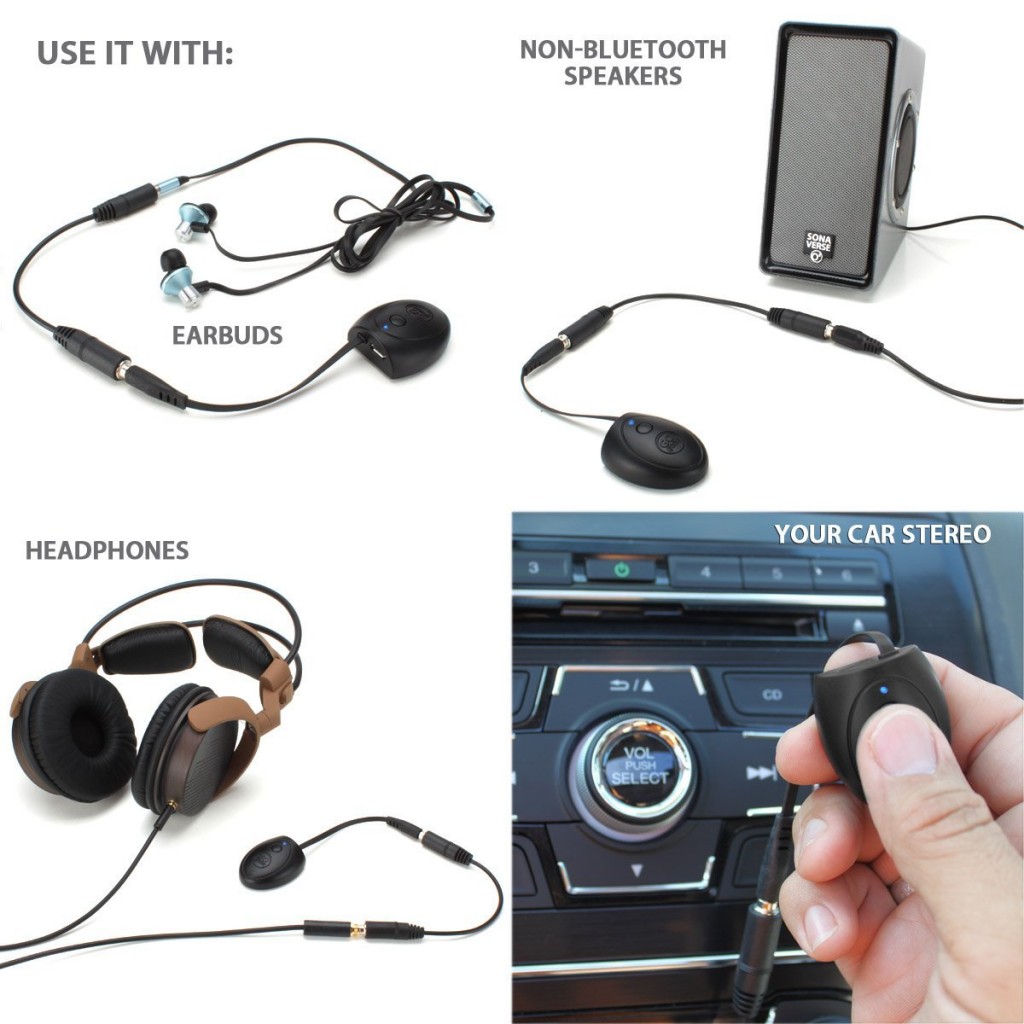 The RCV has a specific purpose, so there isn’t much to it. It’s a small, egg-shaped device, a little bigger than an average thumb. The build is a fairly standard affair. It’s a common plastic, neither cheap or expensive feeling. It does the job. 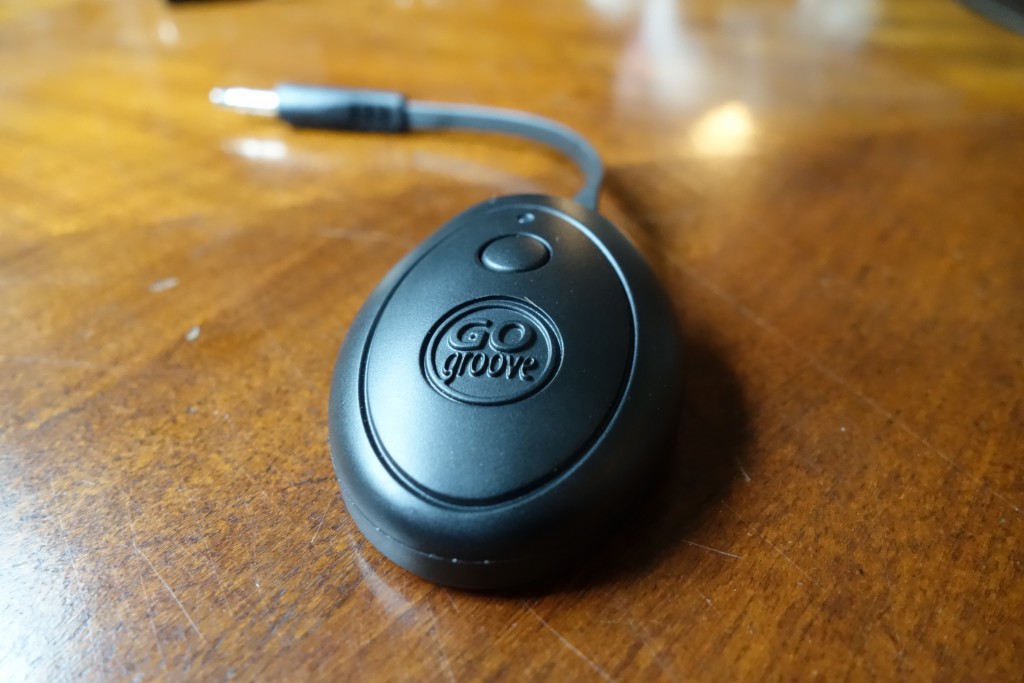 There’s a single button on the front (to power on/off and pair). We have tiny rubber feet on the bottom, to help the device stay in place on a surface. However, the RCV is so lightweight that if it wants to move, it will. 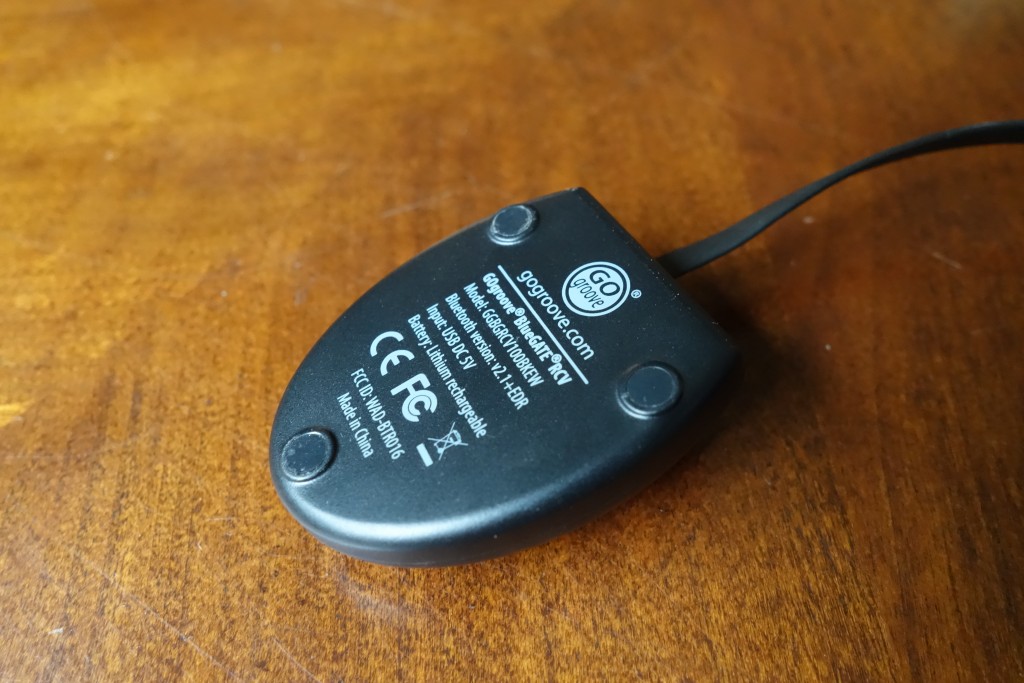 A 3.5mm plug extends out of the device, ready to plug into an audio source. The attached cord is a flat cable, which is nice to avoid annoying tangles. The cord length is only 4 inches, but GoGroove supplies an extension cable if that’s too little reach for your particular source.

The one button provides two functions, either turning the RCV on/off or triggering it to pair via Bluetooth. It was easy to get set up on my Note5. The RCV flashes red/blue rapidly when you initialize Bluetooth pairing, and then just select it on the phone.

The package for the RCV comes with a few helpful accessories. There’s a 3.5mm coupler (3.5mm-to-3.5mm jack, to transmit audio to the connected headset or speaker), a 3.5mm extension cord (42in. length), an RCA adapter, microUSB cable (for charging via a USB port), and Velcro to stick the RCV on a wall or car dashboard.

GoGroove rates the battery to last through 15 hours of playback. The Bluetooth range starts cutting off at about 40ft.

I was pretty impressed by the sound. It is generally understood that the Bluetooth audio signal is not as good as wired, but I didn’t notice much of a difference in audio quality (streaming via Google Play Music, high quality). I did get a hint of veil-ness in the overall sound clarity when comparing wired to wireless. But the difference was so slight, you shouldn’t notice it unless you’re looking for it. 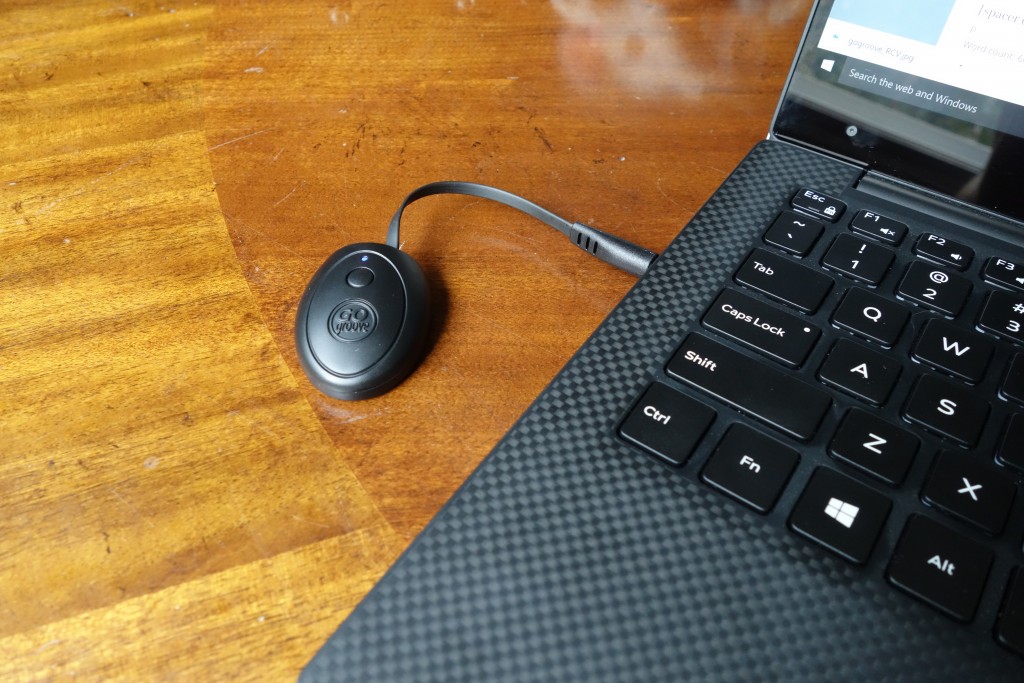 The RCV is an excellent offering by GoGroove. It’s a simple device that has many applications: Bluetooth audio transmission to your car speakers, or from your TV or laptop to your Bluetooth headphones. I can wirelessly transmit audio to my wired earphones and just tuck the RCV in my front shirt pocket.

The RCV also does it’s job well. I barely noticed any degradation in audio quality and the battery lasts a long while. And the Bluetooth range is decent considering its size.

. This isn’t a bad price when you consider the extra we typically pay for the convenience of being wireless.