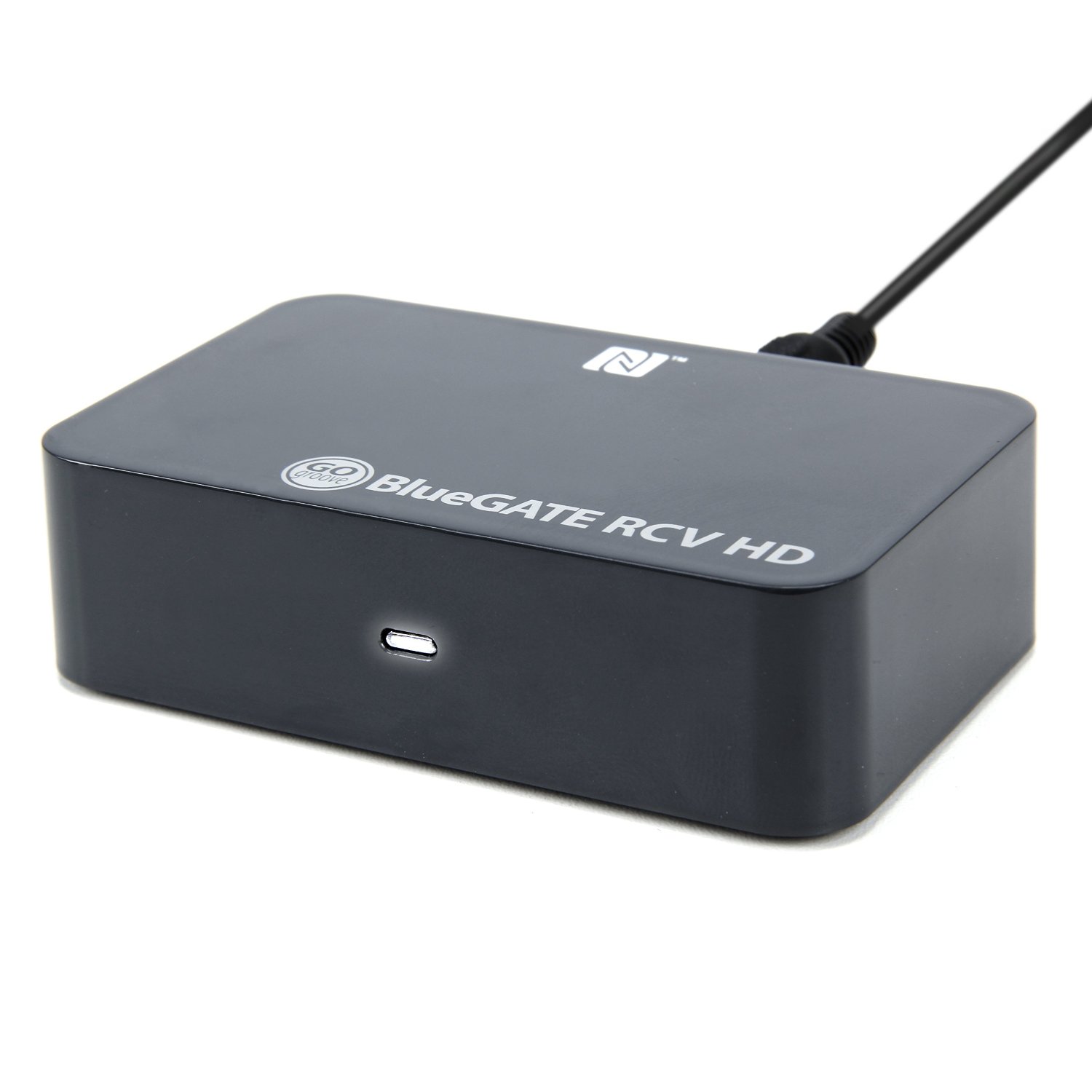 In the past, we reviewed a neat little accessory by GoGroove – the RCV Bluetooth Receiver. It is essentially a solution to Bluetooth-enable an audio setup (i.e. wirelessly stream music to your car or home speakers).

Well, GoGroove didn’t quite feel like it should stop there. To address the questionability over audio fidelity using HiFi speakers, it produced an HD version of the RCV receiver. 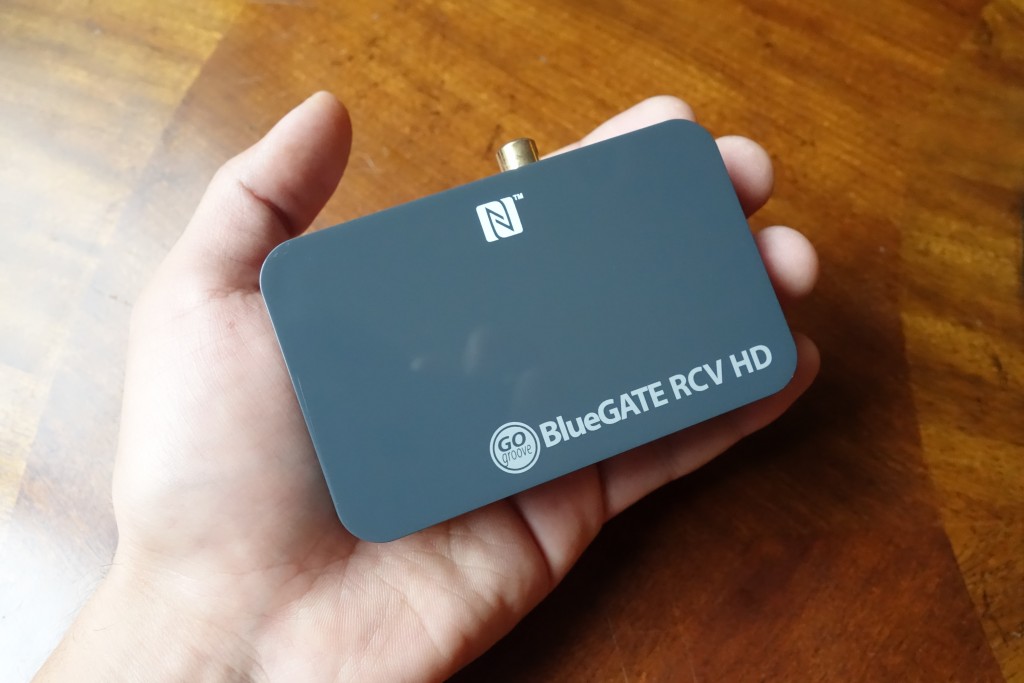 The device didn’t just get chunkier for the HD playback, it also brings NFC and some important connectivity options on the back. Let’s check out if the RCV HD is a good solution for your home sound system.

For obvious reasons, the RCV HD is a pretty basic device. It’s just meant to sit on your media console. Therefore, it is merely rectangular block. 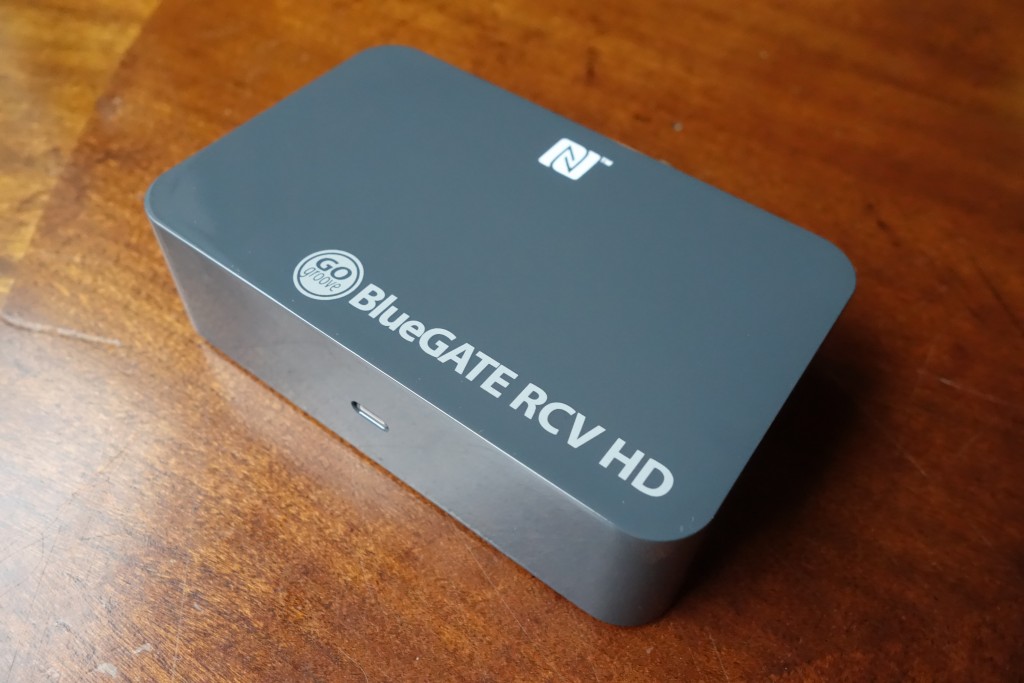 The build is plastic with a glossy finish all over. I would’ve recommended GoGroove to use a sturdier material. The plastic is really light and feels flimsy. Although, keep in mind that you won’t be handling it on a frequent basis. It will just sit in the same place. So from that respect, it’s fine.

There a small LED light front and center. When the device is on and playing, you’ll see it solidly lit. When it wants to pair, it will strobe.

The bottom of the device has two inserts that serve as feet. However, I would’ve thought GoGroove would use that opportunity for rubbery pads (for friction to keep the device in place). But the inserts are just as smooth as the rest of the device, so it’s vulnerable to sliding around if that’s a concern for you. 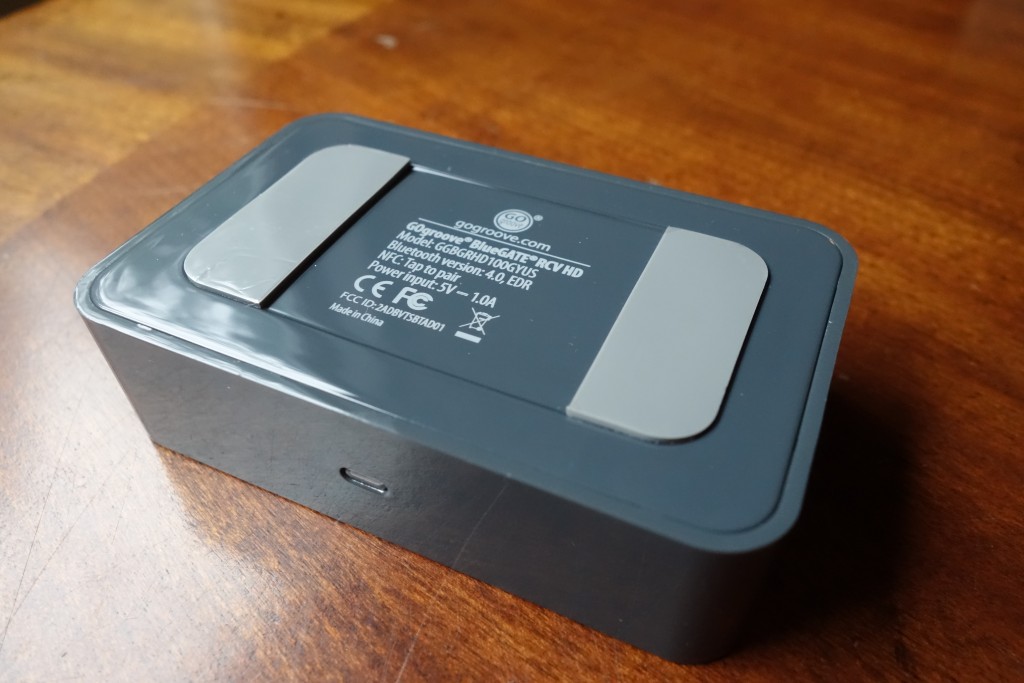 On the back, you’ll find the different means by which to output audio. From left to right, we have optical, coaxial, and auxiliary ports. Power goes into the most-right port. The RCV HD isn’t meant to be mobile, so it doesn’t have a battery. 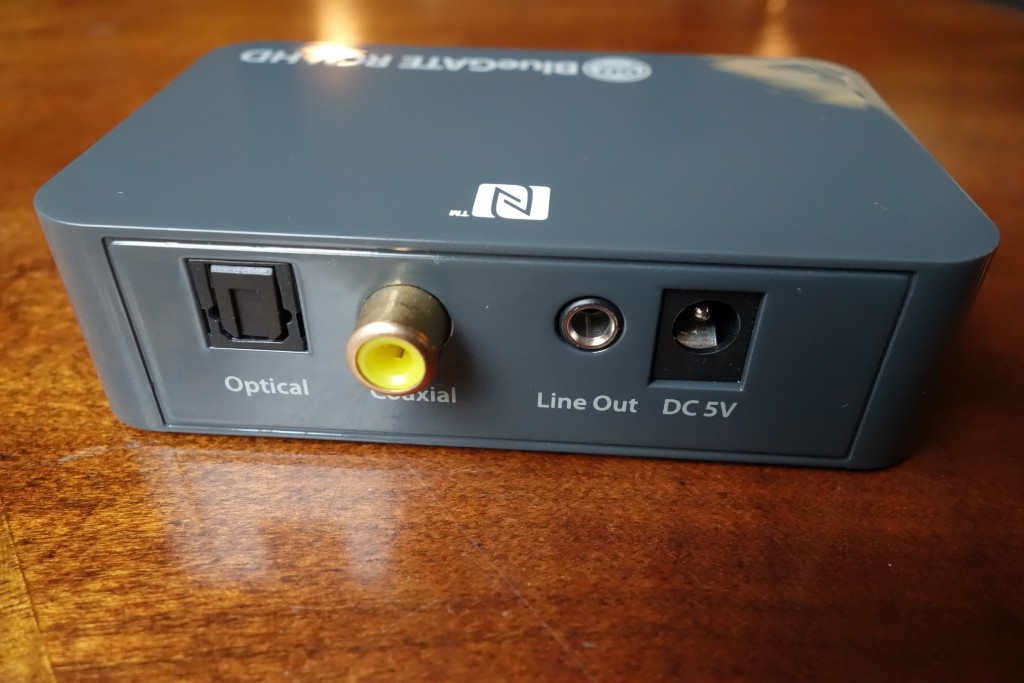 GoGroove was nice enough to include all the relevant cables for the RCV HD. 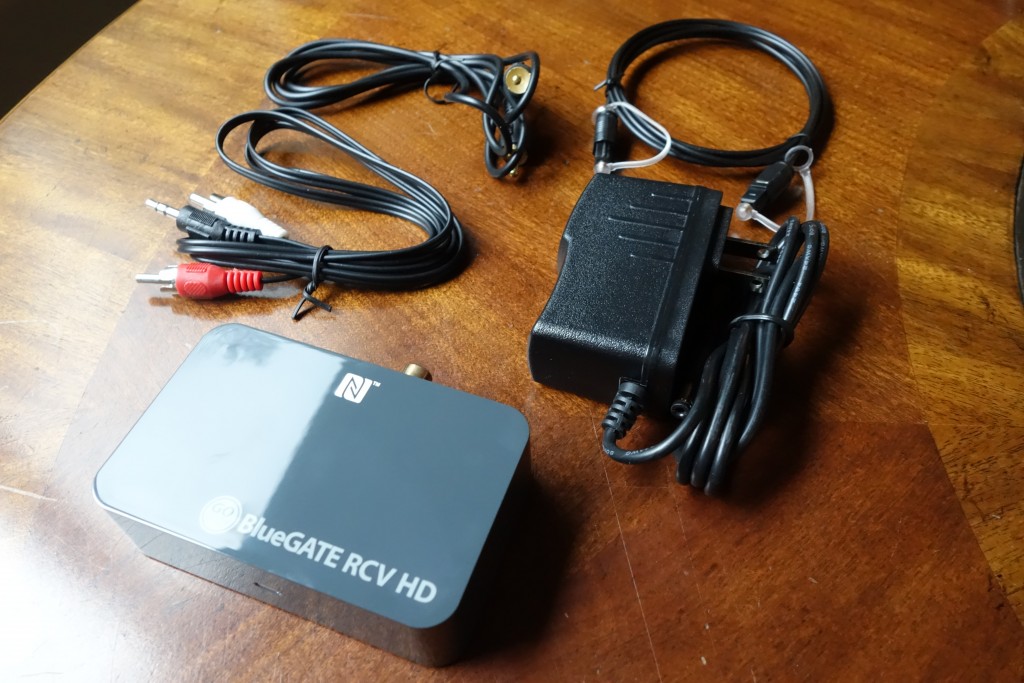 The RCV HD was created with a more streamlined purpose – a dedicated medium for wirelessly getting music to your beloved audio system. Therefore, unlike the vanilla RCV, it is designed to be a stationary unit. The audio output options on the back of the device portray this, as the unit will compliment your home media equipment.

You may remember a similar, more-known device that was recently launched – The Chromecast Audio. The core purpose of both devices are the same, but the RCV HD ups it in a couple ways. The Chromecast Audio only has an auxiliary port. Google says it can do RCA and optical, but with special cables (not included in the box).

Also, there is a NFC tagger on the top of the RCV HD to pair with your source effortlessly. GoGroove tends to keep its accessories up with mobile trends, so we are glad that these details are thought of. As soon as you tap, your Bluetooth setting automatically turns on and the system pairs. Easy. 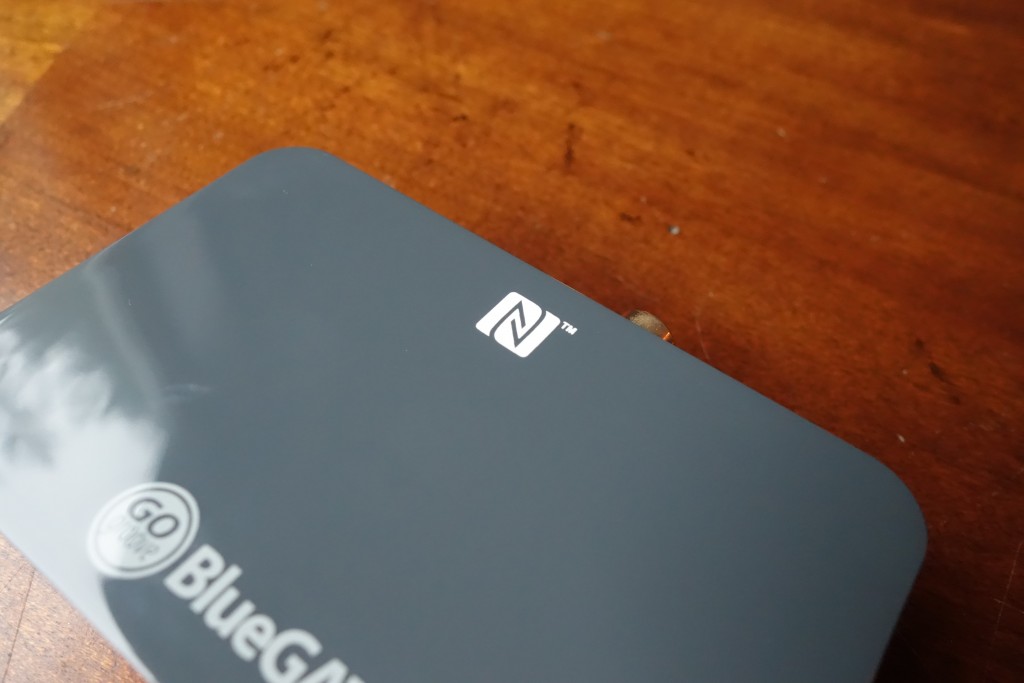 The RCV HD uses the Bluetooth v4.0 standard, which isn’t the latest but close. Also on board is the higher quality Bluetooth audio codec, aptX (16-bit detail and 44kHz sample rate).

A nice thing to know is that if you are streaming music from your phone and a call comes in, it won’t automatically transmit the audio through the device. The transmission is suspended while you’re on the call, and it reconnects when the call ends.

The advertised Bluetooth range is 33 feet and I found that to be accurate. Just keep in mind that if your phone is in your pocket and you turn away from the RCV HD, the range can be impacted. But that’s not an uncommon concern with Bluetooth connections.

But everything I’ve said so far doesn’t mean anything if it doesn’t sound good. 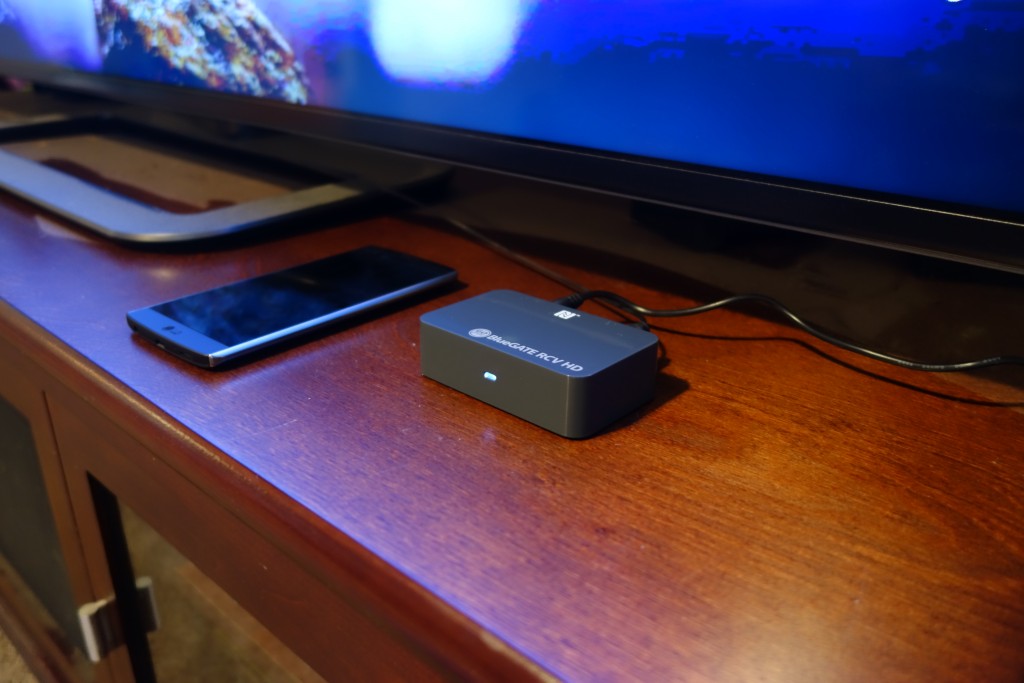 Fortunately, that’s not an issue. The RCV HD does what it promises, and does it well. I connected the device to my media center receiver (which outputs to a 5.1-channel speaker setup) via optical. It sounds great, no complaints at all. Music is full and rich as I’ve ever heard out of the speakers. Sending the signal over Bluetooth doesn’t adversely affect the sound from what I can tell. 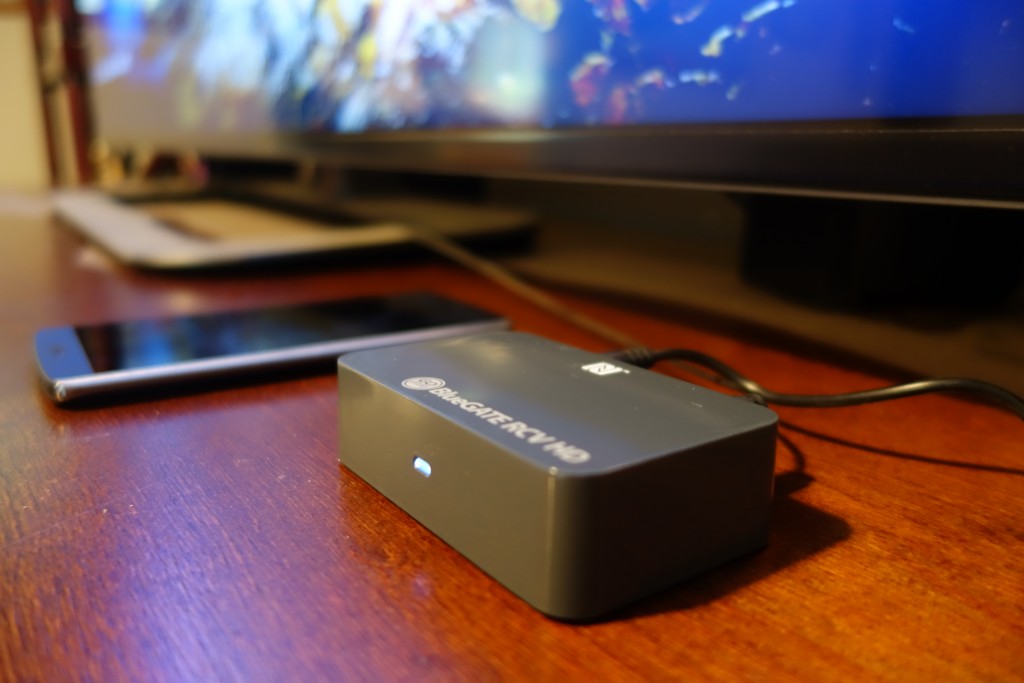 I was unsure at first, but the RCV HD ended up being a really nice addition to my media center. The NFC tap feature is so nice. Just tap on it when you want to play music. And the audio quality backs the claims about high fidelity output.

GoGroove’s devices can be found on Amazon. As of the time of this writing, the RCV HD goes for $39.99

. In my opinion, that price is a little steep. But considering that it offers a bit more than Chromecast Audio (at $35), that’s reasonable. My only wish is that the build backed the price a little better.

How to stream audio to multiple rooms through Google Home