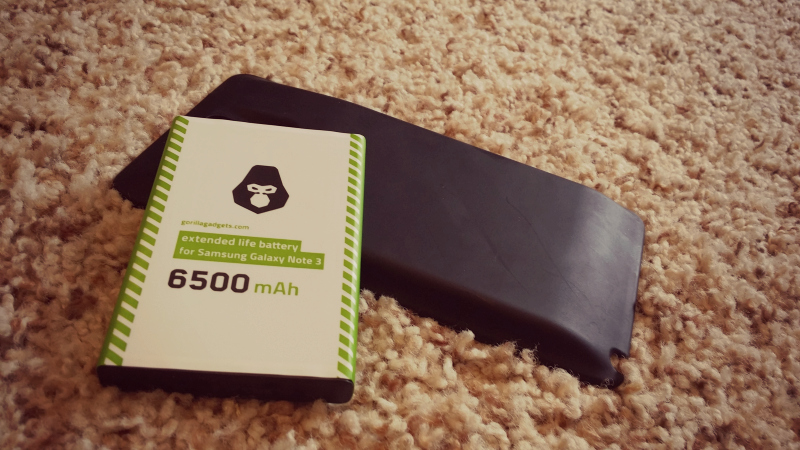 Up for review today is Gorilla Gadget’s 6500mAh extended life battery for the Samsung Galaxy Note 3. Packing more than twice the capacity of the normal battery experience, we found it delivered accordingly.

The first few times we used this battery we noticed that it was slowly sipping away, even better than we expected. After a few depletion and charge cycles, however, things seem to right themselves. In essence, the battery drains at roughly half the speed of a standard Galaxy Note 3 unit. 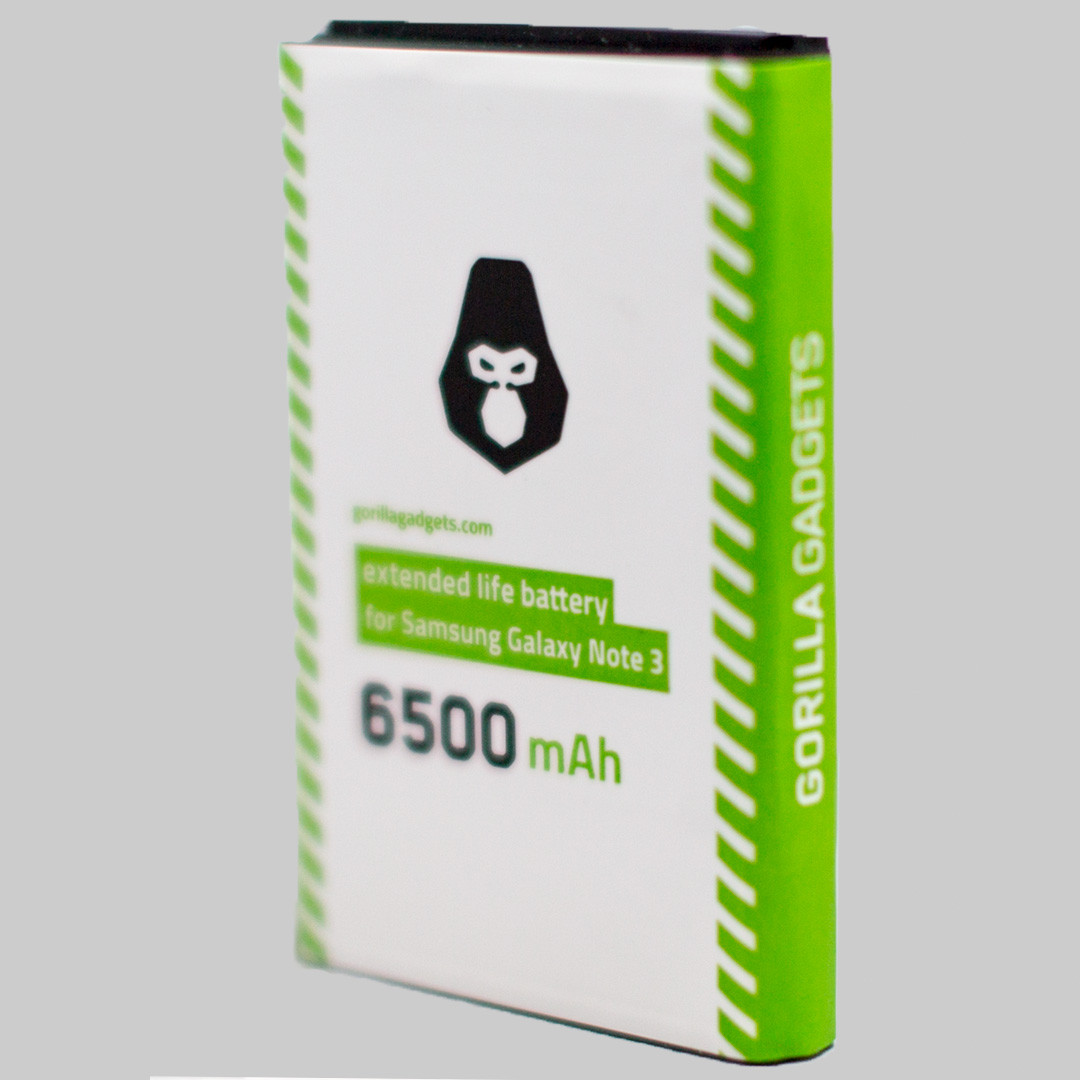 The battery, for all practical purposes, weighs twice as much as the original model, too. And, while we’re on the subject, it’s about twice as thick when you’re all done.

The Gorilla Gadget 6500mAh battery came with a matte black case to cover the back of your Galaxy Note 3. We found the case picked up smudges, oils, smears, and other markings much quicker than normal. It didn’t make it slippery, mind you, but it was not the prettiest of sites. We’re not sure about how the white looks but suspect it might be the same.

As one of the biggest drawbacks for any extended life battery, you’ll not be able to use your typical accessories. Car docks were out, for the most part, as were carrying cases, protective shells, and others.

We also appreciate that we were able to keep our NFC functionality as that does come inside of the battery. While it’s not something we use every day, we do miss it when it’s not around.

At only $24.99 we find the Gorilla Gadgets battery to be well worth the money. We’d like to see other color options for the rear shell but it’s not a deal breaker.