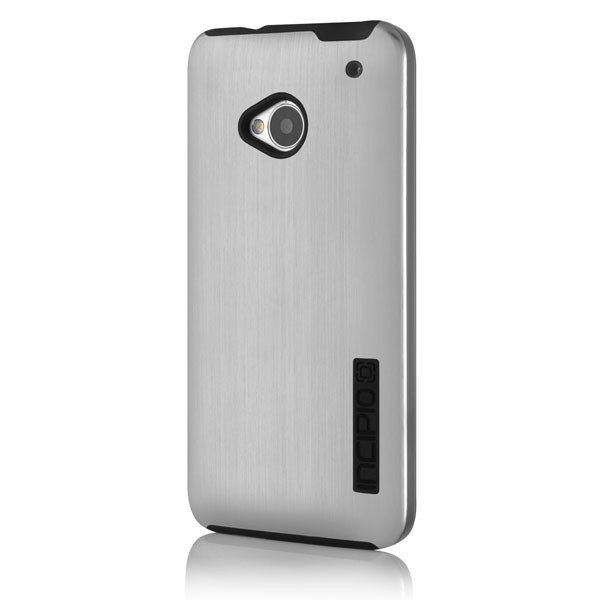 Up next in our medley of HTC One cases is the Incipio DualPro Shine. As the name suggests, it’s quite literally a blend between the DualPro and the Feather Shine. Because of this, it’s a hybrid case with a silicone inner layer and a shiny Plextonium™ outer layer. This gives users a fair level of protection along with a nice look and feel.

The inner layer of the DualPro Shine is a simple silicone material that covers the HTC One and protects it from scratches that the hard outer shell might cause. This is similar to the actual DualPro itself, although the Shine’s silicone layer is much thinner. Incipio offers the Shine in two color options: Silver/Black and Silver/Gray. While it would’ve been nice to see a few more color options, there’s only so much you can do with an aluminum-style appearance. 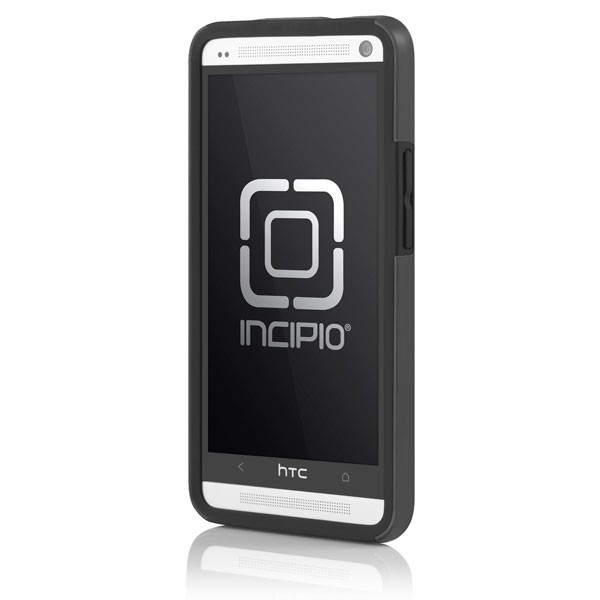 The DualPro Shine looks very nice, which is where the “Shine” part comes into play. The outer layer gives off a great appearance that’s eye catching. While it still feels like plastic, the case looks like it’s made of quality aluminum materials. That being said, it’s unfortunately not very hard to scratch the back of the DualPro Shine. Luckily, the patterned design on the hard outer shell conceals scratches fairly well. That might be genius engineering on Incipio’s part, or it might be sheer dumb luck. Either way, it’s a nice bonus.

Since the silicone layer is so thin, the DualPro Shine doesn’t add much weight or thickness to the HTC One. It’s easily pocketable and doesn’t seem bulky at all. That being said, I still feel confident in the drop protection that it offers. Incipio did a nice job in keeping this case slim while still offering enough protection for the device. 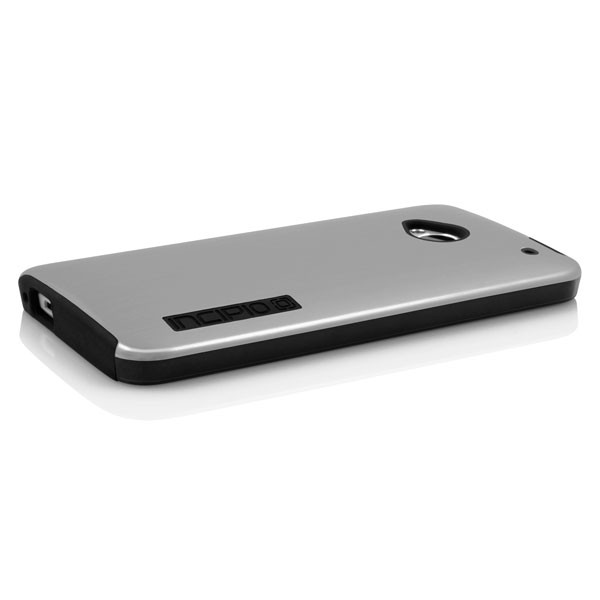 The grip on the DualPro Shine isn’t the best. Because 90% of the material that actually touches your hand is the hard outer layer, the slippery textured metal-like finish is all that’s keeping your HTC One from plummeting to the ground. Sadly, that finish makes the device more slippery than it should be, and I actually dropped it on a few occasions. I wish Incipio had made the silicone layer stick out on the sides more, to give users a better grip.

As is typical of Incipio, the button and port cutouts are all done well. The power button was a bit tricky to understand at first, since the silicone is pushed up on either side of it. I quickly learned that you have to use your actual fingertip to reach the button, rather than just the flat part of the index finger that I typically just brush over the button. This wasn’t a big hinderance, but it wouldn’t hurt if Incipio made the silicone behind the power button a tad less rigid.

The DualPro Shine is a good case that offers protection in a slim profile with a great look for users. It’s not the best in the grip department, but it makes up for it in its minimal thickness and weight. Overall, it should satisfy the needs of most HTC One owners, although that $34.99 price might not. Nevertheless, you can get this shiny marvel from Incipio if you’d like to give it a shot.