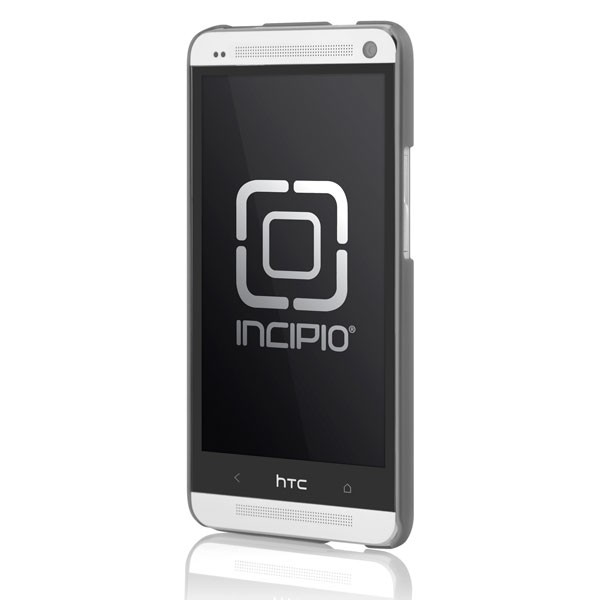 We love to bring you reviews of all kinds of accessories. This week, we’ve got quite a few HTC One cases to review, so we’ll be bringing you a few reviews every day. We’re calling this the HTC One Case Review Madness Week. So what are we waiting for? Let’s go!

As we continue our Case Review Madness Week, we’re taking a look at the Incipio Feather. This is one of the cases that Incipio is most known for, since it’s so thin and light. I got to spend some time with the Iridescent Grey colored Feather case, and I was impressed. Incipio markets this as an incredibly thin case, and they certainly back that claim up. The name “Feather” isn’t given lightly, as I could barely tell there was even a case on the phone. Perhaps that’s what they were shooting for: seemingly invisible protection.

For starters, the Feather is made of a rigid plastic-like material that Incipio is calling “Plextonium™.” When I say “rigid,” I mean rigid. This case does not bend in the slightest, which is probably intentional on Incipio’s part. Of course, the rigidity gives a certain level of protection, but I still felt a bit uneasy about trusting the Feather in the event of an actual drop. What worries me is not that the case is too light to protect my device, but that it doesn’t cover enough of the device. All four corners of the One are left partially exposed with the Feather, and the top and bottom edges get almost no protection at all. The odds of someone dropping their phone and it landing directly on its back (which is just about the strongest part of the Feather) aren’t that high. So while it’s great that Incipio is thinking of the consumer and trying to offer a case that isn’t heavy, it is possible to go too far. 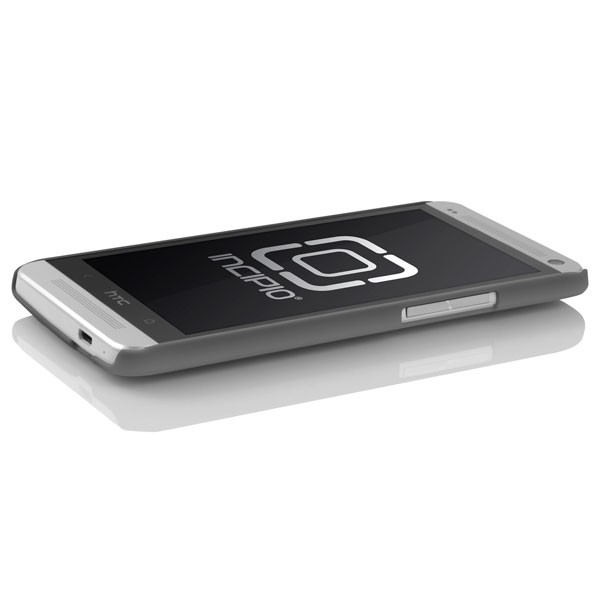 Another concern that I found with the Feather comes when putting it on and taking it off the HTC One. Being a phone made of solid aluminum, it’s not very hard to scratch. The Feather is made of a solid plastic, and some users (myself included) might feel quite uneasy when putting this case on their phone, as it’s a tight fit.

Visually, the Feather looks pretty appealing. The outside of the case has a soft-touch finish for added grip, and it’s sold in four colors: the aforementioned Iridescent Grey, Black, Neon Pink, and Neon Blue. When it’s on the One, it offers a simple look and feel, which is expected from such a thin case. There is no particular design on the back of the Feather, only a simple Incipio logo close to the bottom. If you’re a user who wants a bare-bones case, this is probably right up your alley. 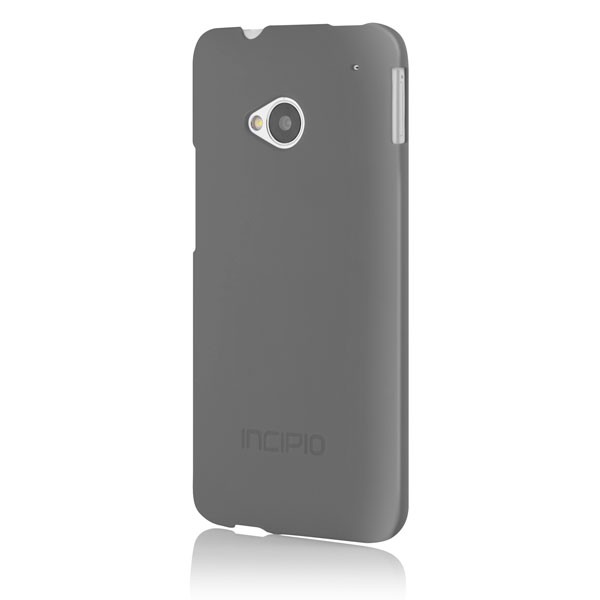 Despite my qualms about the level of protection it actually offers, the Feather offers some of the best grip I’ve ever seen. Given that it lacks any kind of silicon material, I was surprised by how much grip the Feather had. The soft-touch material is quite rubber-like, making it surprisingly hard for the case to slip out of the hand. Even with this amount of grip, the Feather still slips in and out of pockets with ease, which is baffling. Incipio clearly put a lot of thought into this, perhaps for the sole purpose of compensating for the lack of protection offered by such a thin case.

The cutouts for the Feather (or lack thereof) are basically a non-issue. As I mentioned, the top and bottom edges of the phone get very little coverage, so there are no concerns about charging and audio ports fitting properly. The camera and noise-cancellation microphone cutouts on the back are typical of most HTC One cases, so there’s not much to talk about there.

Overall, the Feather has its strengths and weaknesses. It’s incredibly light and thin, but that comes at the price of less protection for the corners and edges of the HTC One. The grip is fantastic, which might make up for the worry about dropping it. But for less volume and an ultra-simple design, it would be nice to see a lower price tag than $24.99. I don’t doubt that many users will pick up a Feather, but for some it will be an issue of protection vs. grip.

Amazon is currently offering the Incipio Feather for less than $12, or half the normal asking price.