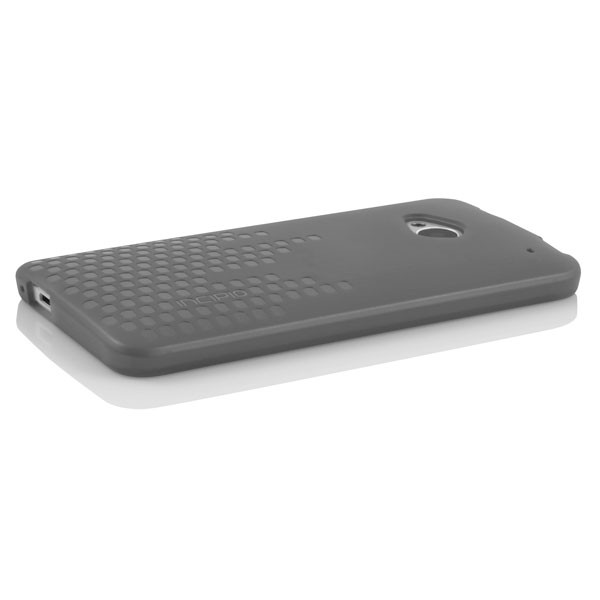 Kicking off our Case Review Madness Week is the Incipio Frequency, a case that offers a thin profile, adequate protection, and a nice design to wrap it all up. The Frequency is a simple, yet fun little case that should appeal to the average user. It isn’t big and bulky, but it still offers users enough protection. The case itself is made of a high-density polymer that’s strong, but flexible. It bends when not on the phone, but has its limits. Getting the case on and off the device is fairly easy, but it still doesn’t feel like it’ll slip off. This case is light and flexible, but it’s not coming off unless you intentionally remove it. 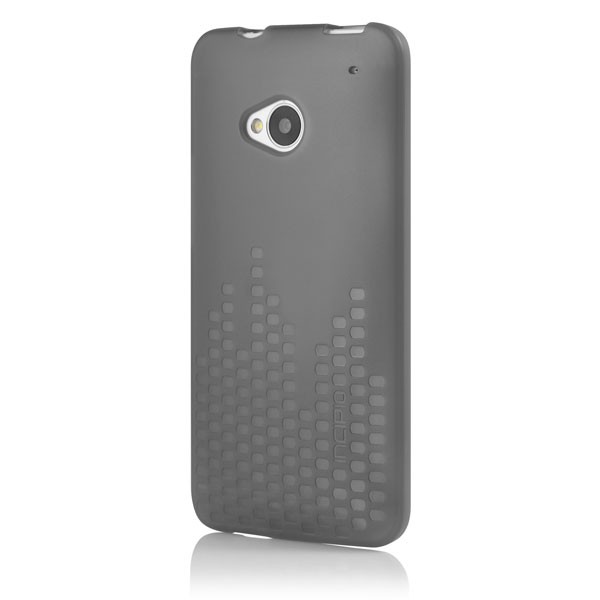 The Frequency looks quite nice on the One, and the pattern on the back gives it some character. Incipio claims that the design was “music-inspired,” but I think it’s just cool overall. The squares themselves let the user just barely see the actual back of their HTC One, which is a nice touch. Incipio offers the Frequency in four colors: Royal Purple, Cherry Blossom Pink, Mercury Grey, and Black. I got the chance to review the black model, which luckily is my personal favorite anyway.

The ports and button cutouts are all engineered well. Charging and audio cables fit into their respective ports without any issue, and the volume buttons are fairly easy to press. Obviously the power button is uncovered, to preserve the function of the built-in IR blaster. The camera cutout is simple, but gets the job done. 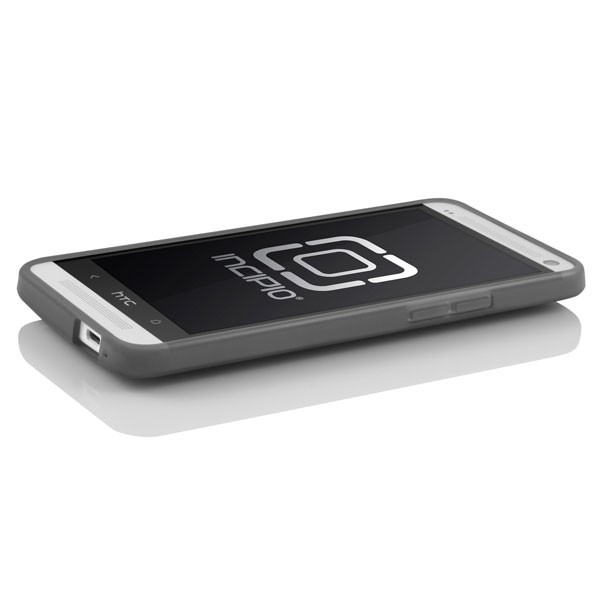 Overall, this case is very light. Considering that it’s almost twice as thick as Incipio’s Feather case (0.08 in. vs 0.05 in.), the Frequency is still thin and adds very little weight to the already hefty aluminum HTC One. It slips in and out of the pocket without any issue, and doesn’t seem any more bulky than the average case. I was impressed with Incipio’s ability to pack this material in a way that it offers good protection while remaining thin and light.

The Frequency’s grip is somewhere between great and mediocre. Since it is made of a polymer material, it feels like plastic. Of course, plastic can be slippery at times. Luckily, the squared design on the back offers a bit of grip, as the polymer inside each square is glossy, rather than flat like the rest of the case. While this doesn’t give as much grip as I’d like, I didn’t have much of an issue with holding onto the case. I suspect that if Incipio were to add some kind of silicon to the case to boost the grip, it wouldn’t be as thin and light. Overall, I think the lack of silicon is a necessary sacrifice for thinness and minimal weight. But, to each his own.

In the end, the Fequency is a great case for the in-betweeners. Incipio makes a plethera of cases, from carbon fiber to thin plastic to silicon  hybrids. But for the everyday user who just wants to cover their device with a simple case, the Frequency hits the right notes. At $24.99, it’s a reasonable investment for a no-nonsense case that just works.

Amazon is currently offering the Incipio Frequency for as low as $14.31, a crazy awesome price if we’ve seen one.