When certain brands commercially take over a market space, it becomes easy for consumers to overlook underdogs who sometimes offer a better value. However, the cheaper option doesn’t always win out. Sometimes too many compromises are made in the attempt.

When I received Inateck’s in-ear Bluetooth headphones, I was interested to see how it did in this respect. Inateck isn’t a household name. But where others are charging a pretty penny for a good pair of Bluetooth earphones, Inateck is offering a quality pair for a fraction of that cost.

But do they actually hold up? Let’s find out. 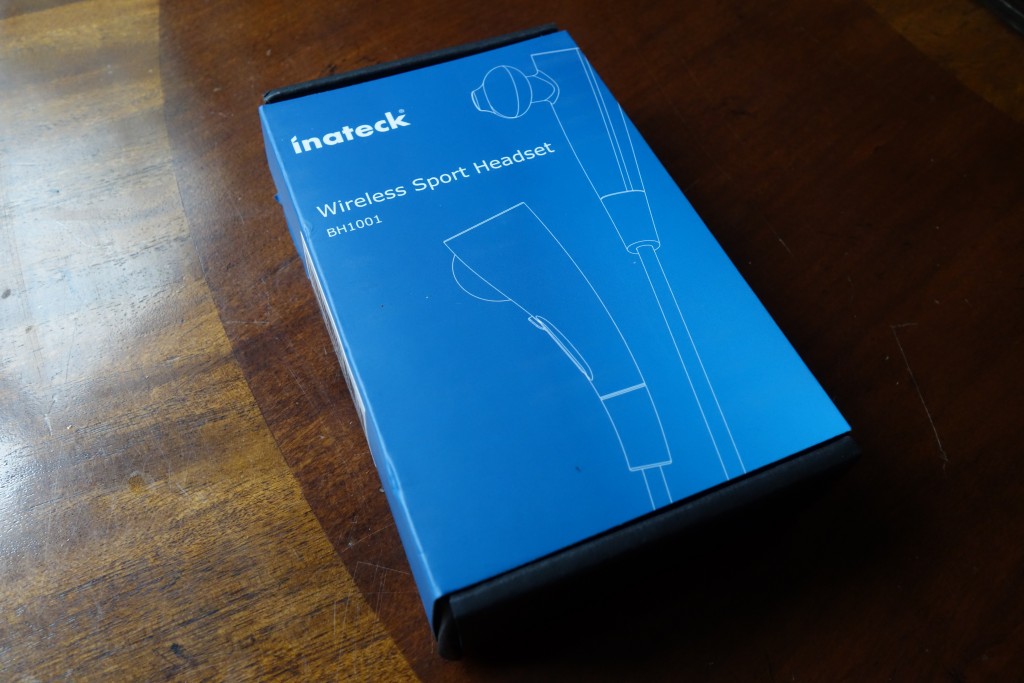 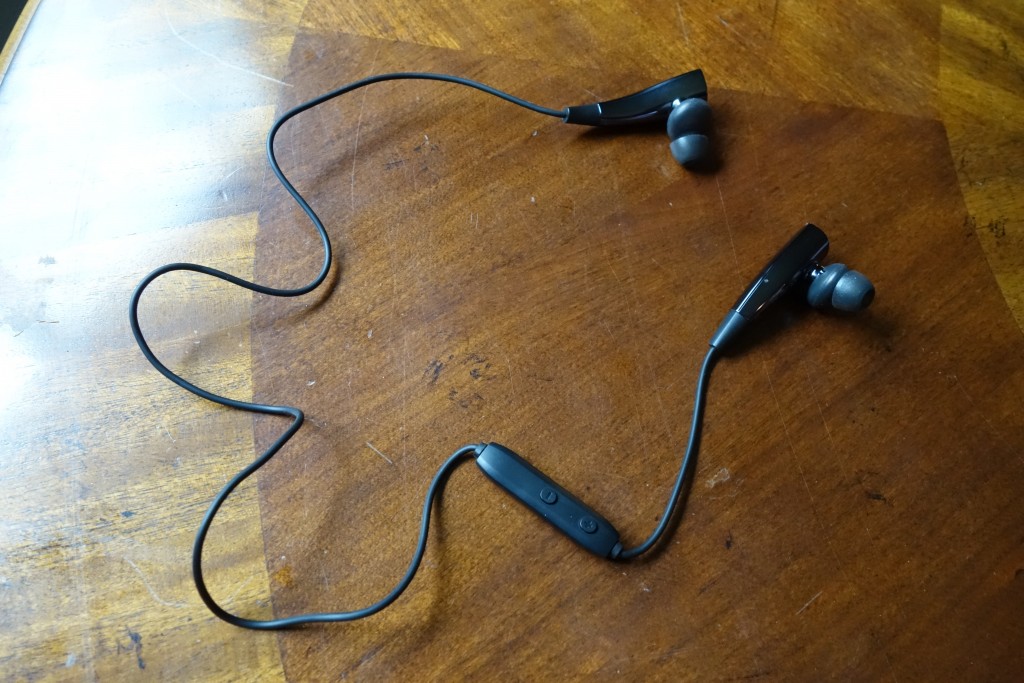 Inateck’s approach with this pair of in-ears is a unique one. Unique in both a good and a bad way. Let’s start with the good.

I would say the standout feature in the design is via the clever use of magnets. Both ear pieces are magnetically attracted. Therefore, when you’re not using them, they conveniently clip together for clean handling.

While it’s not a huge deal, I found magnetic connection to be a nice touch. The ear pieces stay together when you’re on the move and it feels thought out. You can even connect the ends together and wear the earphones like a necklace. 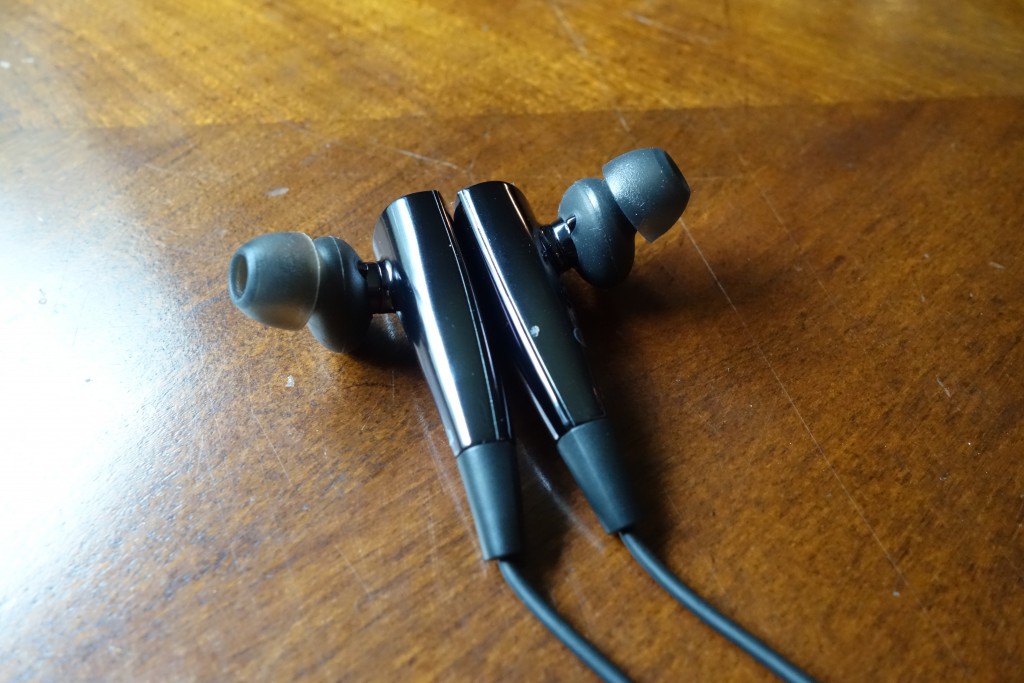 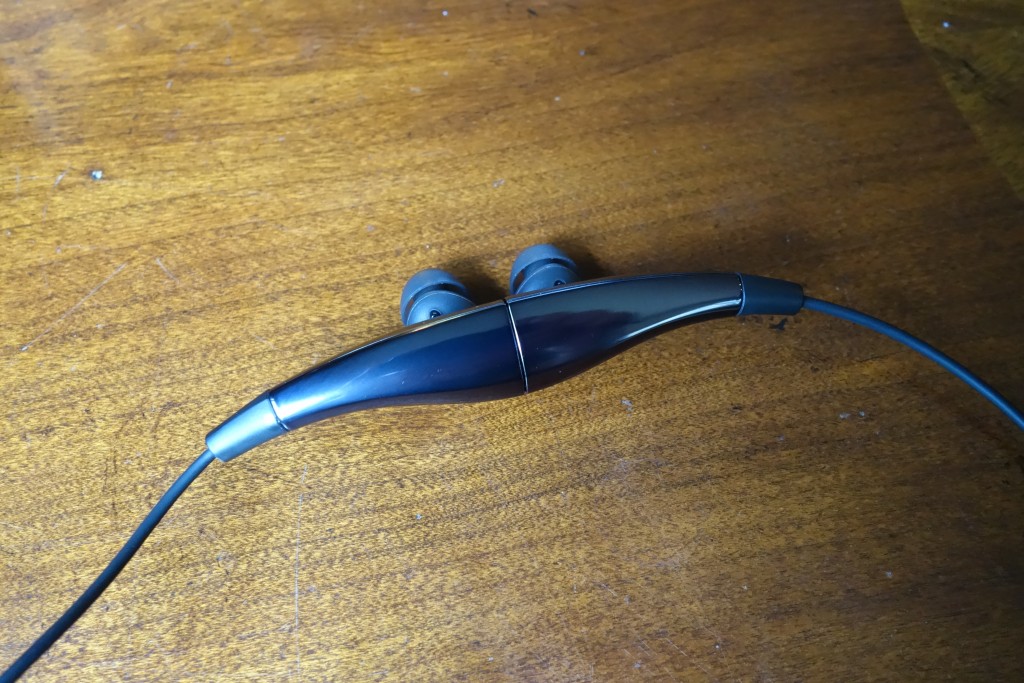 Inateck designed the earpieces like halves of one symmetric piece. The uniformity displays a sense of quality, which is also complimented by the choice in materials. The earpieces are made of a glossy plastic, which has a nice sheen. Where the cord is attached is a soft-touch, rubbery plastic. It all feels nice to the touch and not cheap.

The sound outputs from a stem that extends from the earpiece. It’s a somewhat odd design. I’m guessing the the acoustics is done within the plastic bubble, and the earpieces handle the electronics. 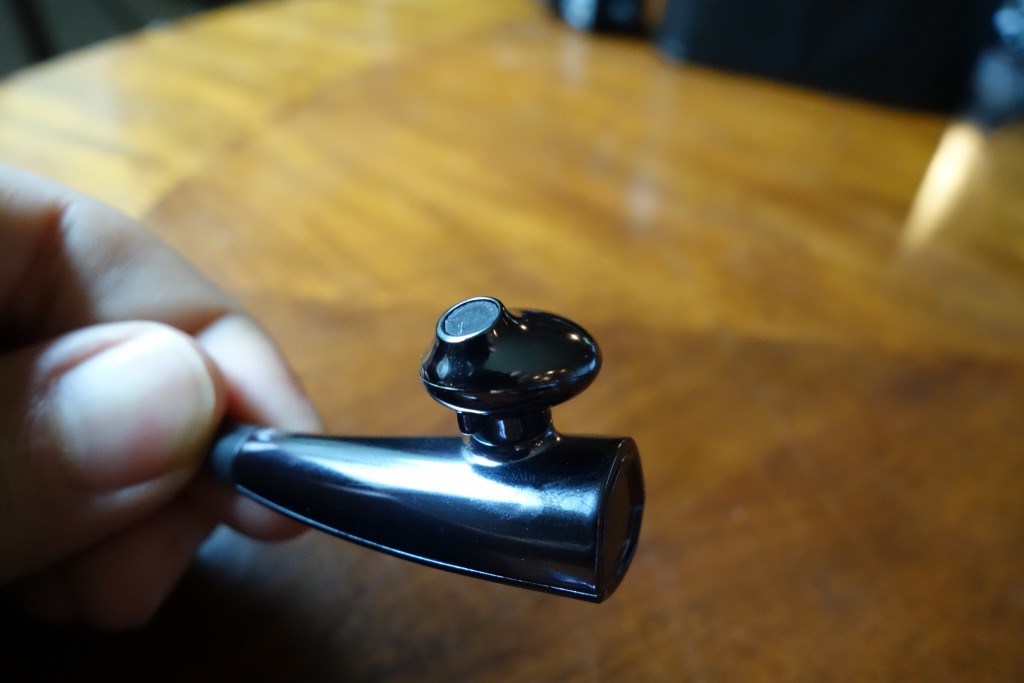 The remote housing is more of your typical, hard plastic affair (probably to save weight). It runs down about 3 inches from the right earpiece. There’s a volume buttons on one side and a button on the other side for the on/off and pairing functions. A small blue/red light tells the user what state the device is in: pairing mode (flashing between blue and red), playing (occasional blue flash), charging (constant red), or about to run out of battery (occasional red flash). 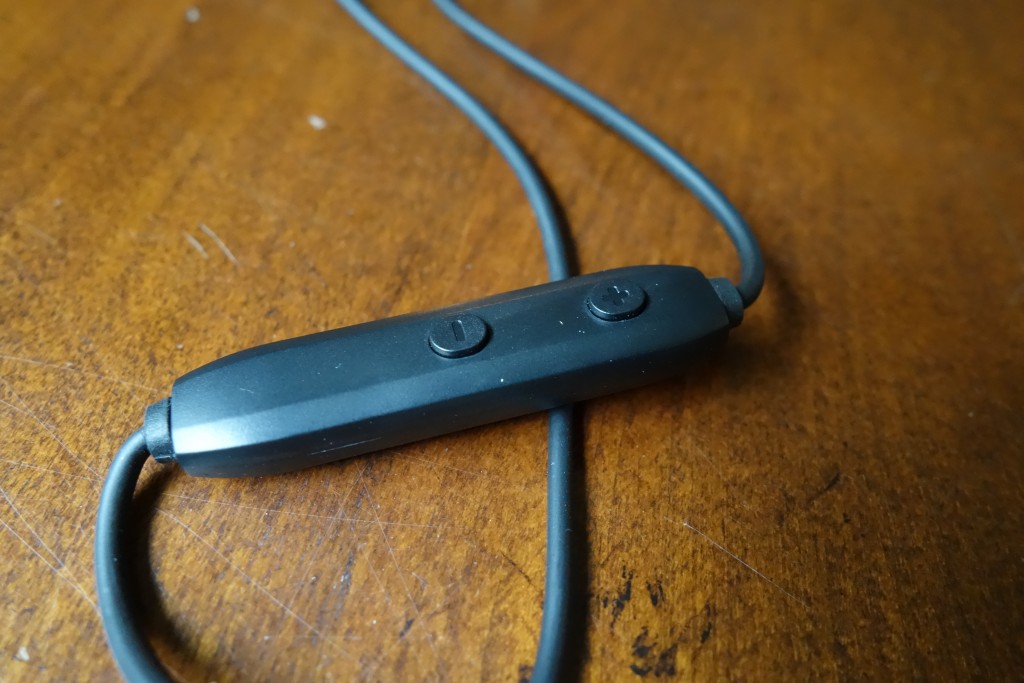 The entire cord length is about 22 inches. I found the length and cord material to be ideal.

Inateck was nice enough to throw in a zipper case for transportation. I appreciated that it’s a quality case, not something flimsy just for the sake of it. There’s a mesh pocket inside for the extra eartips and any other small accessories. Usability of these earphones are a mixed bag. With all my praise of the design, there is a drawback: the earpiece size. These earpieces are large. They’re almost comically large in comparison to wired in-ears. 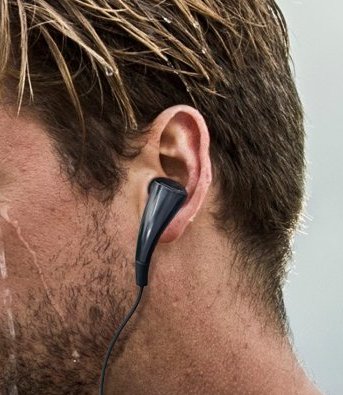 I mean, it makes sense considering that there is extra technology that needs to be fitted into the earpieces to make them wireless. However, I feel like the biggest compromise with these earphones was in not doing more engineering to shrink them down further.

Don’t get me wrong, they of course work. Your mileage may vary with the fit and with the earpieces staying in place. Fortunately, they’re not heavy, so there isn’t much travel if you’re bouncing around while exercising.

The eartips are of a typical silicon design, which goes within your ear canal. While moving around, I did have trouble retaining the isolation in one of my ears. But this is the same story with any eartip. It depends on how well the inner shape of your ear accepts the tip.

With that said, I wish Inateck included three sizes of eartips. These earphones only come small and medium sizes. There would be a better success rate of a good fit with more choices. 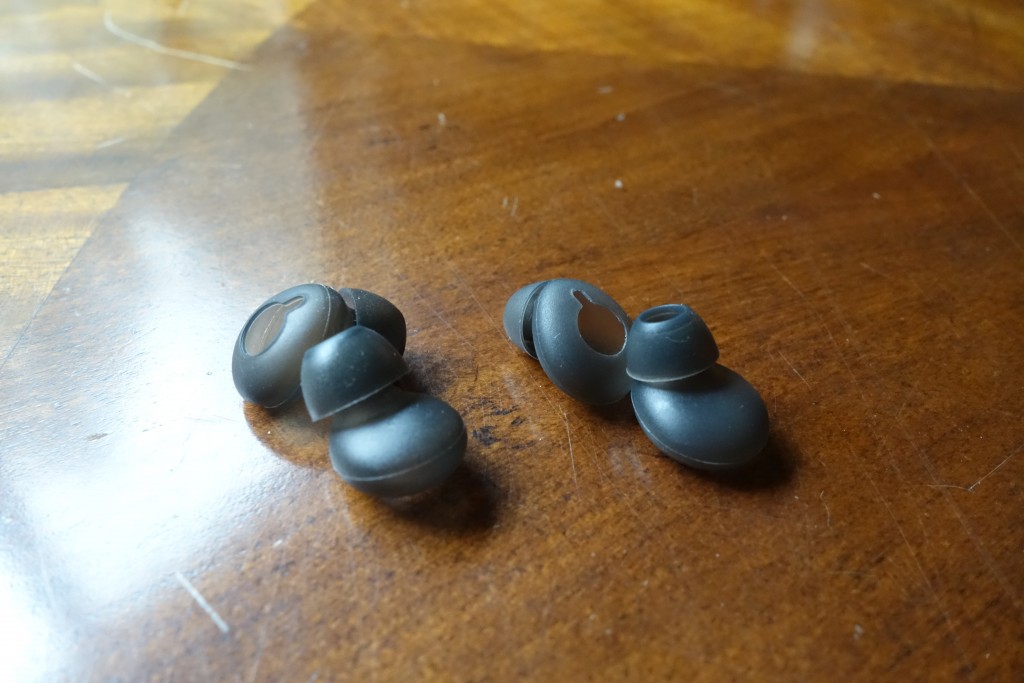 Inateck’s rating for the battery life of these earphones is 8 hours. That sounded great, especially considering that 8 hours is the widely-accepted length to a workday.

In my testing, I’m happy to say that the rating is accurate. Very accurate in fact. I got about 8 hours and 15 minutes in before it cut out.

It takes 3 hours to fully charge from a depleted battery. The earphones charge via a microUSB port, located on the right earpiece. There’s a flap protecting the port for when it’s not in use. 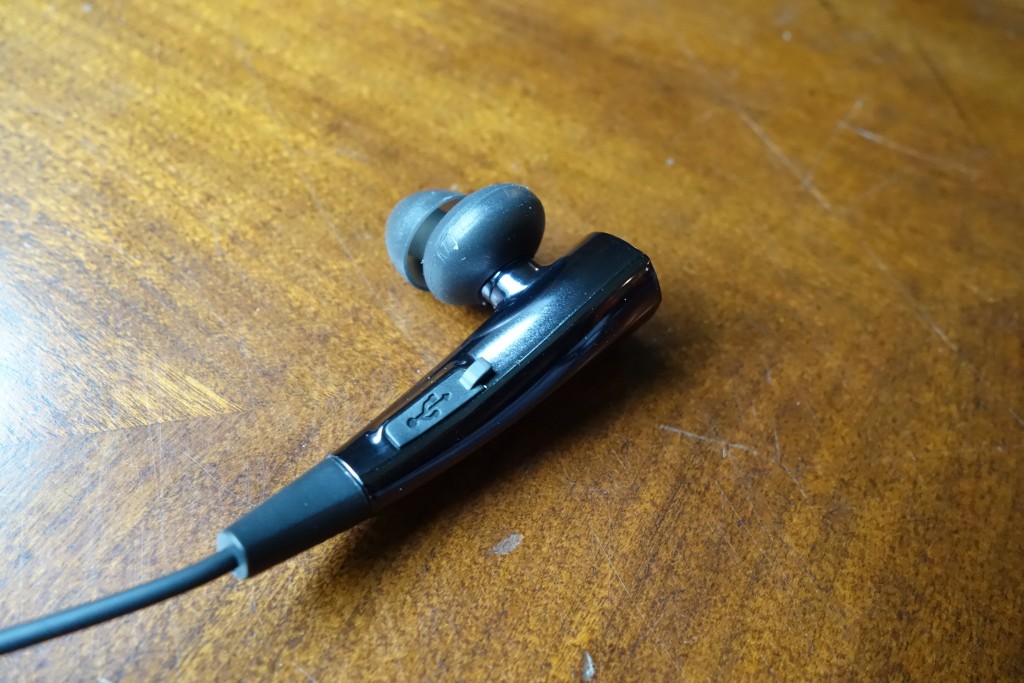 To help save battery, there are a couple nice features. First, when the earphones stop receiving the audio signal, they automatically shut off within a couple minutes of inactivity. They also automatically shut off upon detecting a magnetic connection. This is thoughtful because when you’re done listening and clamp them together, you don’t have that extra step of powering them off.

So we’ve talked about device itself plenty, how about the audio output? Bear in mind that we’re not talking about your audiophile-grade headphones here. In that respect, the sound quality is quite good and definitely exceeds the price tag.

I found there to be emphasis on the low-end (bass response). Other than that, the other frequencies are on the same level. I didn’t find the mids to be pushed back (a tendency of a lot of headphone manufacturers to bring the bass and treble out more). Vocals are satisfying on these earphones. Treble is decent, but it doesn’t reach far with detail.

In my experience, Bluetooth headphones tend to cause veiling (less clarity) in the overall sound. These earphones aren’t exempt from that, but it’s definitely acceptable.

I was pretty satisfied with Inateck’s Bluetooth earphone offering. Are they perfect? No. But are they a good value? Definitely.

If you’re looking for an affordable pair of wireless in-ears and want to push the bang of your buck, you should check these out. In my opinion, the sound quality significantly exceeds their price tag, and the battery lasts a long while. Yes, they’re on the large side, but compromise has to be made somewhere.

You can find these earphones on Amazon