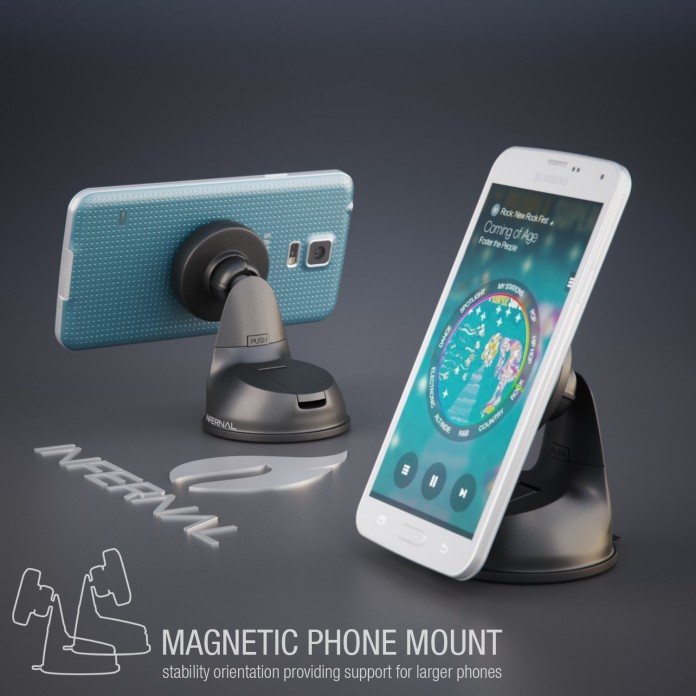 A while back I reviewed a CD player mounted magnetic phone mount made by Infernal Innovations. I really liked the mount but realized that there were some pretty severe limitations to it. The main one being that not all vehicles have a CD player mounted high enough to keep your phone at eye level. Now I’m looking at their universal mount for windshields and dashes.

This particular mount is suction based. As such it can be mounted to the windshield or your dash. Although if you’re going to mount it to your dash, you may need the included adhesive disc if the area is not smooth enough.

The suction system is pretty unique. It uses a sticky gel material that covers the edges of the suction cup. This material ensures that you don’t loose suction.

Above the base is a reversible magnetic mount with a pivoting head that houses four powerful magnets covered by a thin layer of rubber.

Included with the mount are two metal plates backed with adhesive. These can be attached to the outside of your phone or case or inside your phone case. This is what is used to stick your phone to the magnetic head. 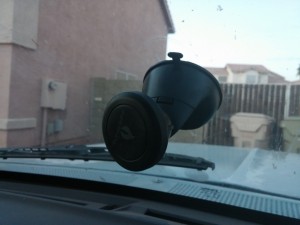 Setting up the mount is fairly easy, but there are lots of options. If you are going to use the mount on the windshield then you are already halfway there.

Now you’ll need to decide on where to adhere the metal plate. If you have a phone with NFC or wireless charging, then you won’t want to place the plate covering the coils. Since most phones with these technologies place the coils in the middle of the phone and your camera is typically at the top of the phone, you’ll want to adhere the plate to the bottom of the phone. 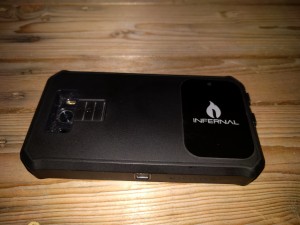 Now you’re ready to use your phone with the mount. Just line the metal plate up with the magnetic disc and viola! you’re done.

I used this mount in my 1989 Ford F-150. I only mention that, because it’s an old truck and it’s not the best at absorbing bumps and road vibrations. If anything, this is the perfect vehicle to test a magnetic mount, because if it holds in my truck, then it’ll hold in your vehicle too. 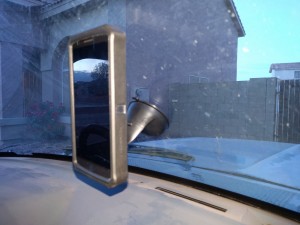 I mentioned earlier that I have a Zerolemon extended battery on my phone. This adds lots of weight and strains the magnetic hold. To further complicate things I had the plate mounted to the bottom of my phone so that it wouldn’t interfere with the wireless charging and NFC coils. Even in this configuration, the magnetic mount had more than enough grip to hold it in a portrait position on bumpy roads in my truck. Since most of my apps work in a portrait orientation. This wasn’t a problem. 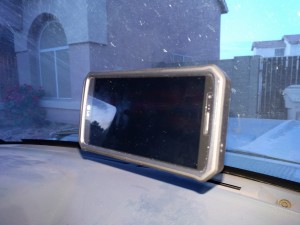 When placed in a landscape position, the bumps proved too much for the magnets to hold it still. With each bump, the phone would point more and more to towards the ground. When I used the mount on my desk it was able to hold that position but it became unstable when I applied my touch to the screen.

I suspect that if the plate was placed in the middle of the phone or if I wasn’t using this monstrous Zerolemon battery, then it would have worked wonderfully in either orientation even on bumpy roads.

The suction cup on this mount is amazing. I’ve left it adhered to my windshield for over a month and it never lost any suction.

The only flaw that I found was that pivot joint didn’t hold the weight of my phone in landscape mode. I was able to fix this by placing a thin piece of cardboard inside the joint. It was then able to stay in place just fine.

Overall, this is a great option for mounting your phone in the car. Because of its magnetic head and metal plate, it’s the easiest phone mount I’ve ever used.

Amazon currently has it on sale for $20 and for that price it’s definitely worth checking out.