Many of us have multiple devices, and they all likely need to be charged at some point. Whether we have tablets, smartphones, smart watches, other wearables, or Bluetooth headphones, we all plug in at the end of a long day. But with so many devices, it has become increasingly difficult to plug them all in at once, especially with those notoriously bulky AC adapters taking up your outlets. Enter the inStream SeptimusB charging station, a USB charging hub with 7 ports and a small profile. I put the SeptimusB to the test, and this is what I found. Given that it’s a USB charging hub, there isn’t much to talk about as far as design goes. We’re looking at a square-shaped brick that sports 7 USB 2.0 ports on the front, an on/off switch and the power port around the back, and virtually nothing on either side other than a few aesthetic lines and a logo. Right above the ports on the front sits a small green LED light that indicates the hub has power and is ready to charge. The SeptimusB is made of a rigid plastic, and is incredibly light. With that being said, I was not worried about it breaking or being damaged. It is built to be sturdy, without leaving too much of a footprint in your home or office (the device as a whole measures only 4 x 1 x 3.5 inches). The SeptimusB can be purchased in either black or white, both of which actually look very nice.

Included in the box is the AC power cord, a Lightning cable, and a microUSB cable. Both of these extra cables are fairly short at less than a foot long, but it’s nice that inStream threw in a few extras with the charging hub. 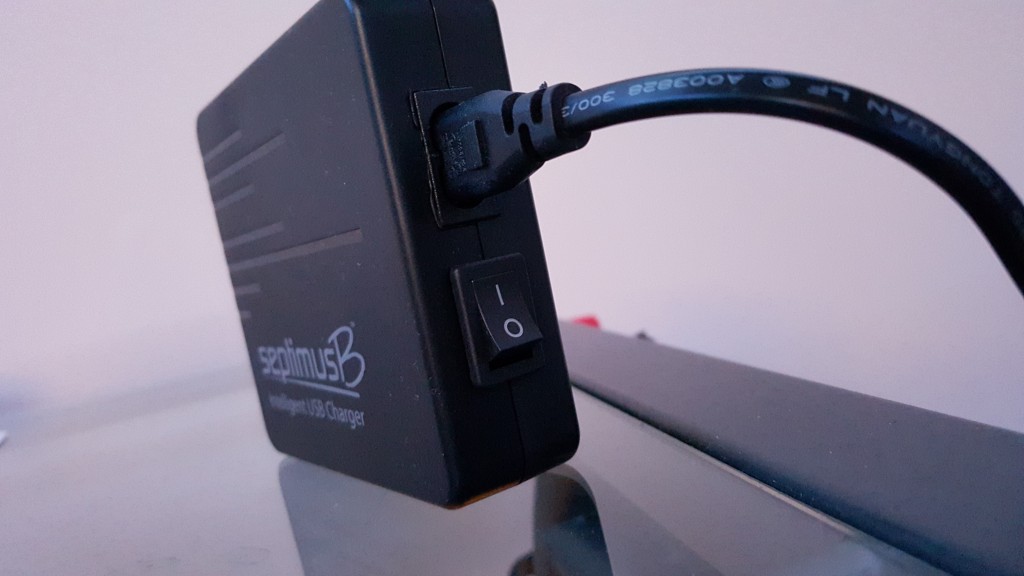 The great thing about this  particular product is that it literally has one job, and it does that job very well. It doesn’t have to look flashy or have a ton of extra features. Its job is to charge devices as quickly and efficiently as possible, and it definitely hits the mark where that is concerned. The SeptimusB has 7 USB ports, but inStream went above and beyond by giving fast-charging power to each port. The hub is able to manage multiple devices plugged in at once, and allocate power flow so that every device is getting the maximum charging speed. InStream boasts a maximum of 3A on each port, which is more than most smartphones or tablets require even for fast charging.

In my few weeks of using the SeptimusB every night, I found this to be fairly accurate. Charging three smartwatches, two smartphones, and a set of Bluetooth headphones was no problem, and my Galaxy S6 even registered it as a fast charger with five other devices plugged into the same hub. InStream did very well with the technical side of this charging station. If fast charging is what gets you through the day, this would definitely be a good option for charging multiple devices at full speed.

There’s an added bonus in the fact that the SeptimusB is fully circuit protected, so your devices will be safe in the event of a power surge. Although if you’re like me, you’ll have it plugged into a surge protector just to be safe.  As a final point for performance, I did not notice the SeptimusB getting warm or making any noise whatsoever, which should be a relief for users worried about overheating or nuisance sounds. 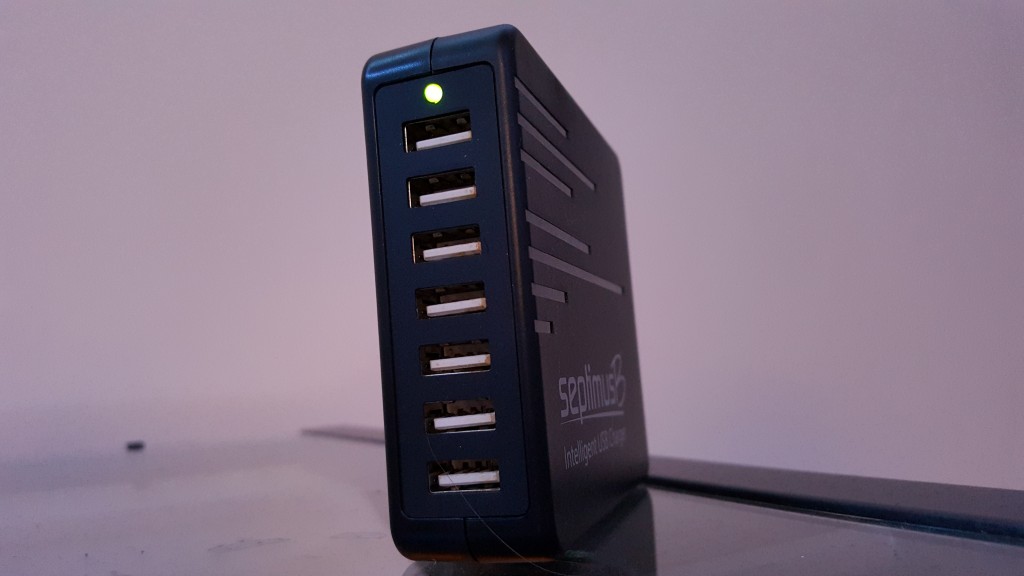 The inStream SeptimusB charging station does exactly what it is supposed to do. It looks fairly normal and doesn’t stand out, and it doesn’t take up much space. It charges devices quickly and doesn’t rob users of the output they need to charge all their devices at once.

At the time of writing this review, the only real downside to the SeptimusB was the $34.95 price tag, which put it in the higher price range for a USB hub. Luckily, our friends over at inStream have now slashed the price to $27.95, and they’re offering a discount coupon code, so you can actually pick up a SeptimusB for just $19.95! If you want to take advantage of this deal, just head over to the SeptimusB Amazon page, select the color you’d like, and apply the coupon code SEPTBREV to get over 40% off the original price. It is worth noting that the deal only lasts until September 30th, so time is limited!

[Review] Charge six devices at once with Choetech