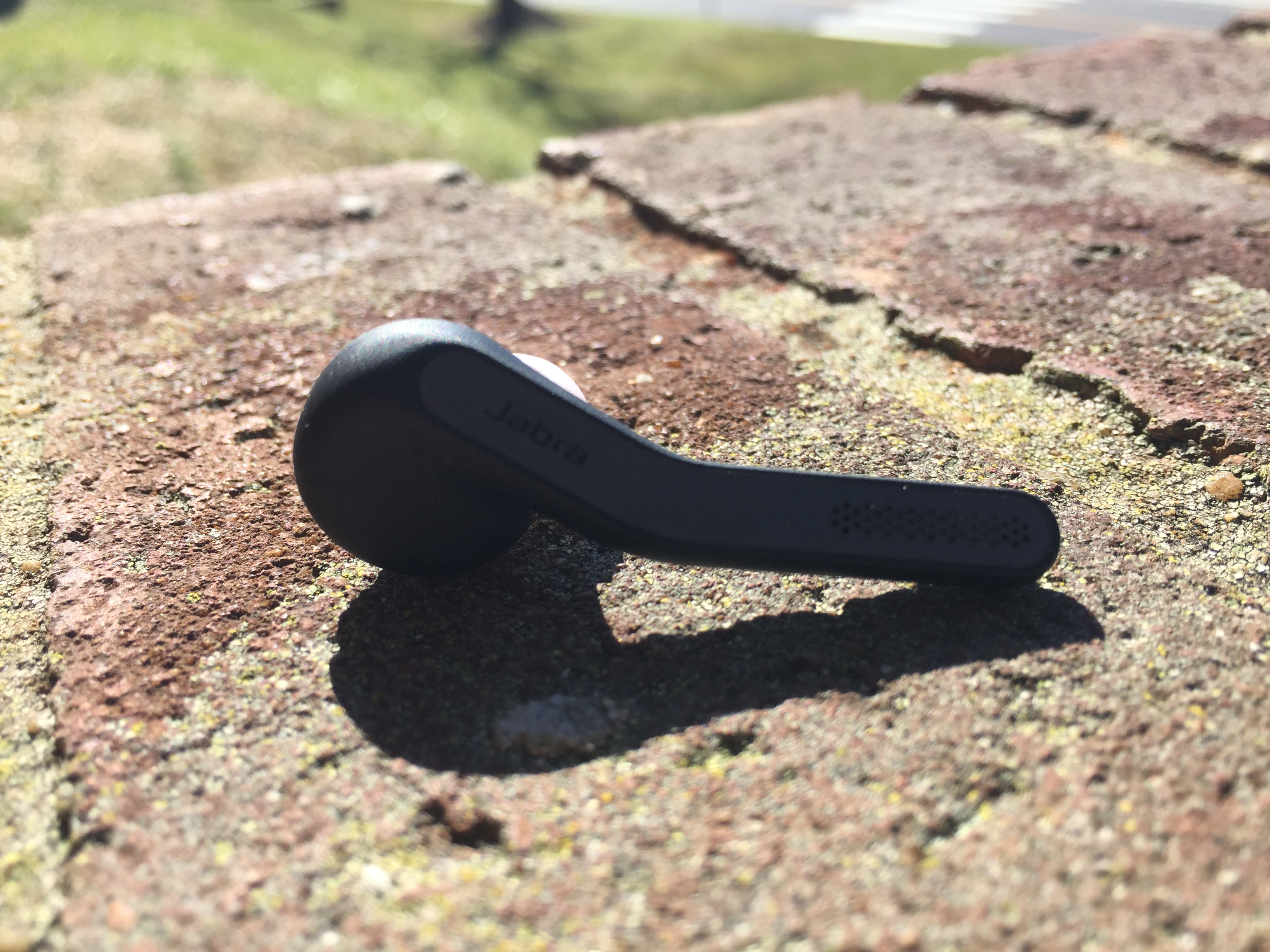 Let’s face it: cables are becoming increasingly annoying. They get in the way or catch and snag on things, and when using headphones, usually you’re going to have a bad time. Thanks to the rising quality of Bluetooth headphones, those pesky cables are no longer much of a worry.

As you may know, some states no longer allow you to use your phone while driving. Instead, they require that you use a hands-free device to keep your attention off your phone and where it belongs: the road. As someone who lives in Maryland and who has been pulled over for talking while driving, I jumped at the chance to review the Jabra Eclipse. I’m not much for using Bluetooth earpieces, but since I just got a new car, I figured having one would be very convenient.

The Jabra Eclipse is one of the newest Bluetooth earpieces to be released from a major brand. For background, Jabra is one of the premier manufacturers of Bluetooth headsets, speakers, and just about anything else that involves you talking or listening to someone. What sets Jabra apart from the field is its commitment to providing high-quality products at very competitive prices — all without cutting corners.

The Jabra Eclipse is pretty unique in its own right, and you’ll see why, as soon as you open the box. The Eclipse itself is nestled in an egg which acts as the hub for the Eclipse; you’ll use the egg to charge and pair the Eclipse.

Before getting into the performance of the Eclipse, let’s take a look at the specs:

Setting up the Jabra Eclipse is pretty easy and straightforward once you’ve downloaded Jabra’s accompanying app from the Play Store. The Jabra Assist application allows you to tweak the Eclipse to your liking, as well as to monitor the battery life of the unit. There are a few other goodies that are built-into the application such as Text Message Read-Out capabilities, and “Find My Jabra/Car”.

In addition to being able to pair the Eclipse with your device via Bluetooth and the Jabra Assist application, users can pair their device with the Eclipse via NFC. In order to pair the two devices together without opening any applications, follow these steps:

Jabra really makes it easy to pair the devices regardless of whether your device has NFC capabilities or not.

Once you’ve got the Eclipse paired and set up the way you want, you’re ready to start talking. Not only can you use the Eclipse as a traditional Bluetooth headset, but you can also use it to listen to your tunes while going about the day.

Jabra boasts at least three hours of talk time with the Eclipse, but, in real-world usage, I never actually hit the three hour mark. I would usually make it to about two and half hours, before needing to plug the Eclipse into the charging egg. 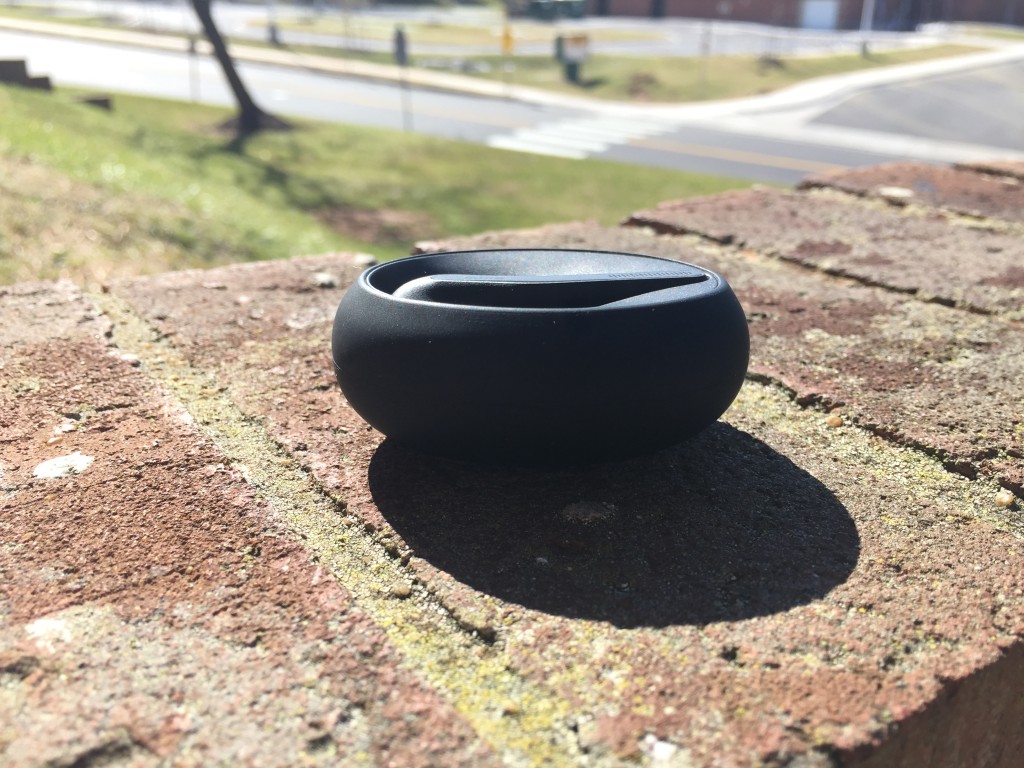 The sound quality was better than I expected, although I had to change out the ear-tip because the one that comes pre-installed was a bit too small. Luckily, Jabra includes three different ear-tips for you to choose from so that you can find the perfect fit. Since the Eclipse can sit in your ear for a few hours at a time, you’ll want to make sure that it’s comfortable.

I’m no audiophile or anything, but I can at least tell the difference between good and crappy sound when listening to music. The Eclipse falls in between, offering decent sound quality for the price. But, it’s worth reminding that the Eclipse isn’t primarily designed to be used for music listening purposes. But if you want to listen to some jams, the Eclipse does the job just fine.

As for call quality, Jabra is on point with the Eclipse. This came as no surprise as its other options for Bluetooth headsets are generally among the best. I used the Eclipse with both the OnePlus 2 and the iPhone 6s on T-Mobile’s network. The call quality was excellent with both devices and I experienced no buzzing or frequency issues with the Jabra Eclipse during the testing time frame.

The only issues that I ran into while using the Eclipse was when I listened to music. Although Jabra’s website says that the Eclipse has connectivity up to 40 feet with Bluetooth 3.0 technology, it seemed that there were issues if my phone was too far away. Unfortunately, that distance was drastically shortened to a few feet in the instances where I listed to music.

Indeed, something was lost in the short span from my pocket to my ear. For some reason there would be connectivity issues, and I would have to take my phone out of my pocket to get everything back to normal again. I’m not sure if this is just an isolated case or if there are bigger problems here, but it’s something I found worth noting.

Other than the occasional connectivity issues, the Eclipse is one of the best Bluetooth headsets that I’ve ever used. I have no issue recommending it to anyone in the market for hands free communication.

If you’re intrigued by reading this review, and are swayed enough to pick one up for yourself, you can head over to Amazon and grab the Jabra Eclipse for $129.99 with Prime shipping. This isn’t the cheapest Bluetooth headset on the market, but, it’s definitely worth a look. Jabra makes some of the best Bluetooth headsets around, and is a company I’ve been recommending for quite some time. The Eclipse is just another in the lineup of great Bluetooth devices from Jabra.