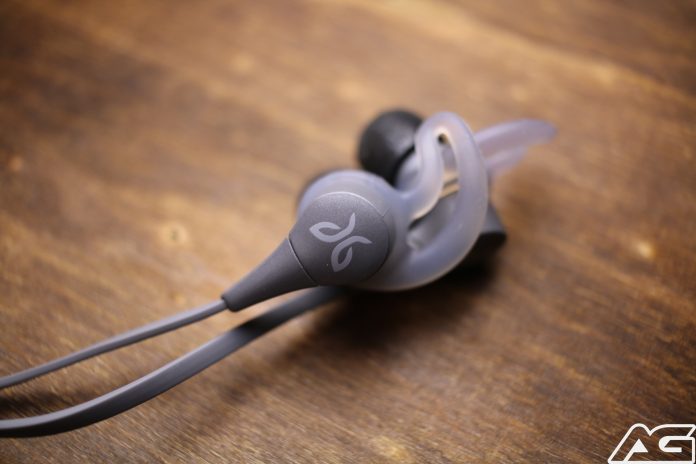 Whenever you think about wireless Bluetooth headphones, chances are that Jaybird is one company that comes to mind. Jaybird has been in the game for quite some time and is back with one of its more popular products, the Jaybird X4.

These are the true successor to the Jaybird X3 that were launched back in 2016. Since then, we have seen the Jaybird Freedom and Jaybird Run headphones launched, but nothing beats the fan favorite, right?

What’s in the Box?

Before jumping into all of the fun stuff, let’s take a look at what you get for the $130 price tag. Jaybird sure knows how to take care of its consumers, as it includes an assortment of ear and wing tips.

Doing so ensures that you will be able to use the Jaybird X4 regardless of how big or small your ears are. Already installer is a set of medium, plastic, ear-tips, but you’ll want to change these out for the included Comply Foam tips. 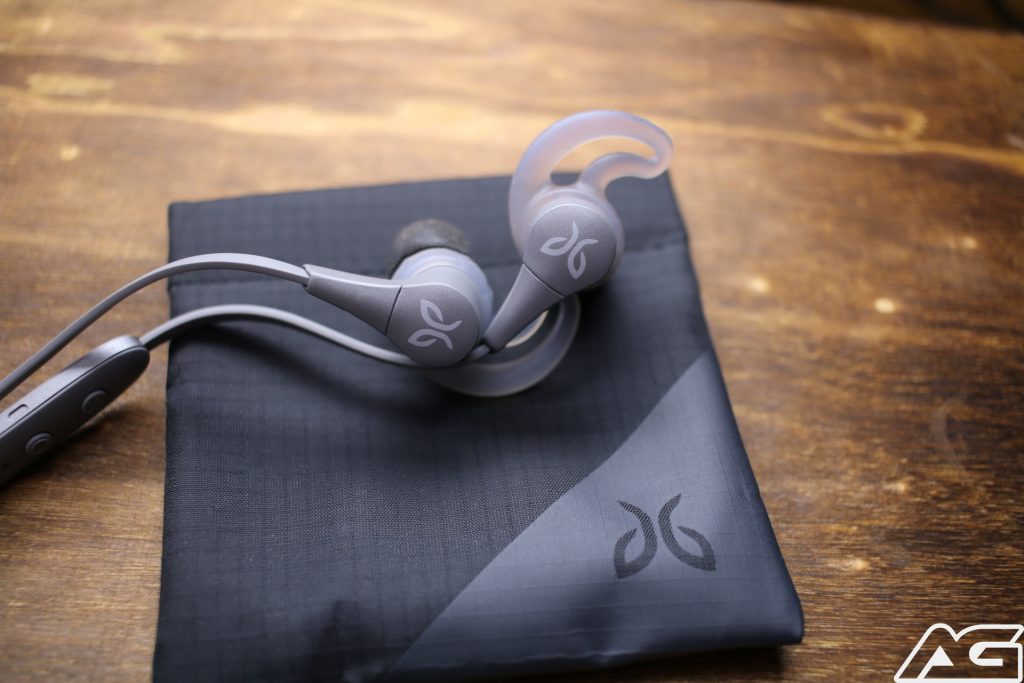 Additionally, Jaybird included a carrying pouch, so that your brand new headphones won’t get tangled up with anything else in your pocket or bag. Finally, there is a proprietary charging cable that can be used with any USB wall-plug in your home. You can even use your computer in a pinch.

The problem with this charger is that Jaybird continues to opt for its own proprietary charging method. Why we can’t get USB-C or even micro-USB is still a mystery that has yet to be solved.

When you look at the Jaybird X3’s and the Jaybird X4’s there’s really not much difference here. You have the two earbuds with a cable connecting them, and in-line controls on the right side of the cable. 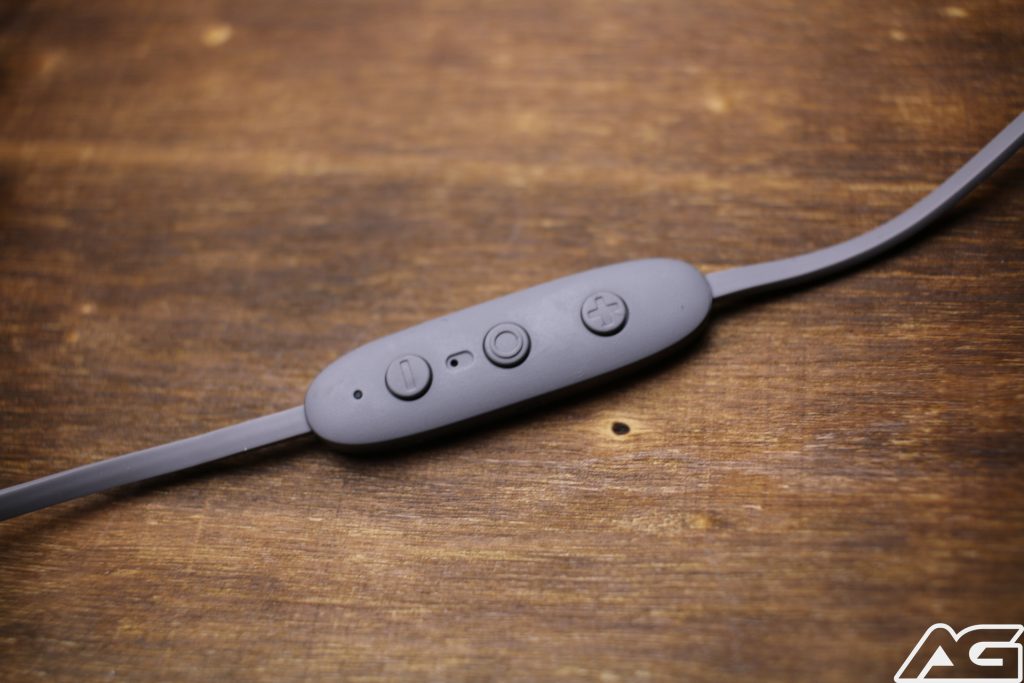 This hub also provides the housing for the included battery and is what you use to connect the charger too. There are three buttons for Volume Up, Volume Down, and Play/Pause.

Moving back to the cable for a bit, there is a new clip that helps you control how much spare cable you have. Obviously, this is a great addition for those who don’t want a cable flopping around and getting caught on something while you’re working out. 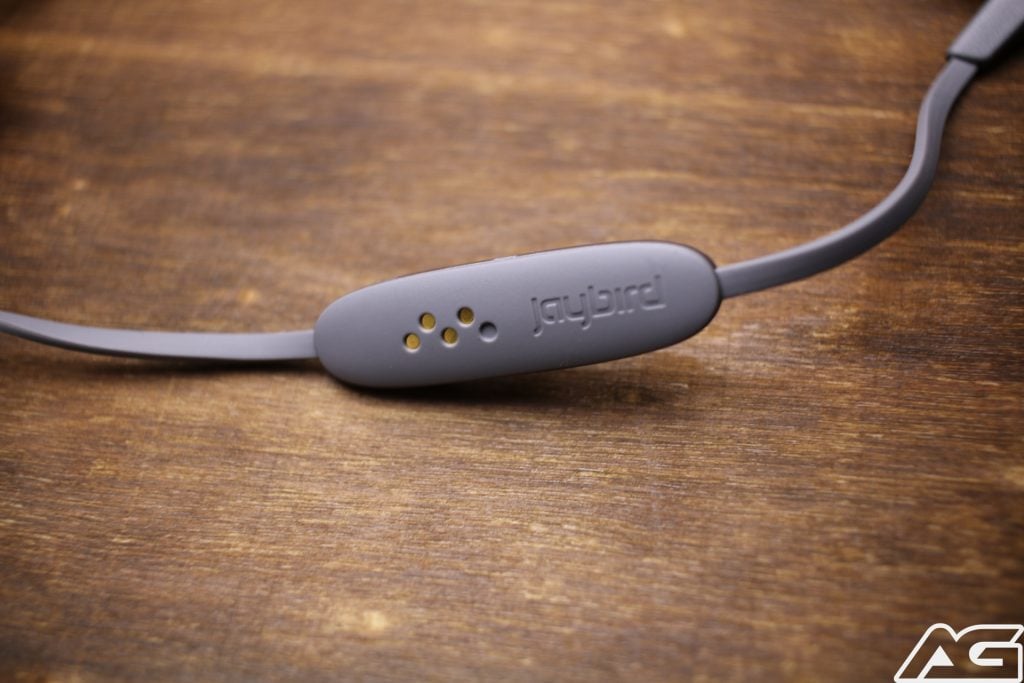 If you’re someone who frequents the gym, then you’ll be happy to learn about the sweat rating. The Jaybird X4 includes an IPX7 rating which means that they can be submerged in up to 3-feet of water for 30 minutes.

Obviously, you won’t really want to go swimming with these. However, the IPX7 rating ensures that the X4’s will continue pumping out the music even if you’re caught in a rainstorm.

As is the case with just about every set of Jaybird headphones, there is an accompanying app for iOS and Android that helps get things set up. Simply install the app, turn on your new Jaybird X4 headphones, and follow the prompts on your device.

In order to put your device in pairing mode, you’ll need to press the middle button on the in-line controls. The charging light will begin blinking between Red and Green, and a voice will say “Ready to Pair”.

From there, just follow the instructions in the Jaybird app and you will be on your way. After the pairing process has been completed, then you can begin listening to your favorite content.

Now that we got the pairing process out of the way, you’re likely wondering just how well the X4’s sound. Well, if you are a fan of Jaybird then you will feel right at home.

As expected, these won’t really replace your favorite over-the-ear cans, but they are perfect for when you’re on the go. The bass is heavy enough that it won’t blow your eardrums out, while the high’s are just good enough. 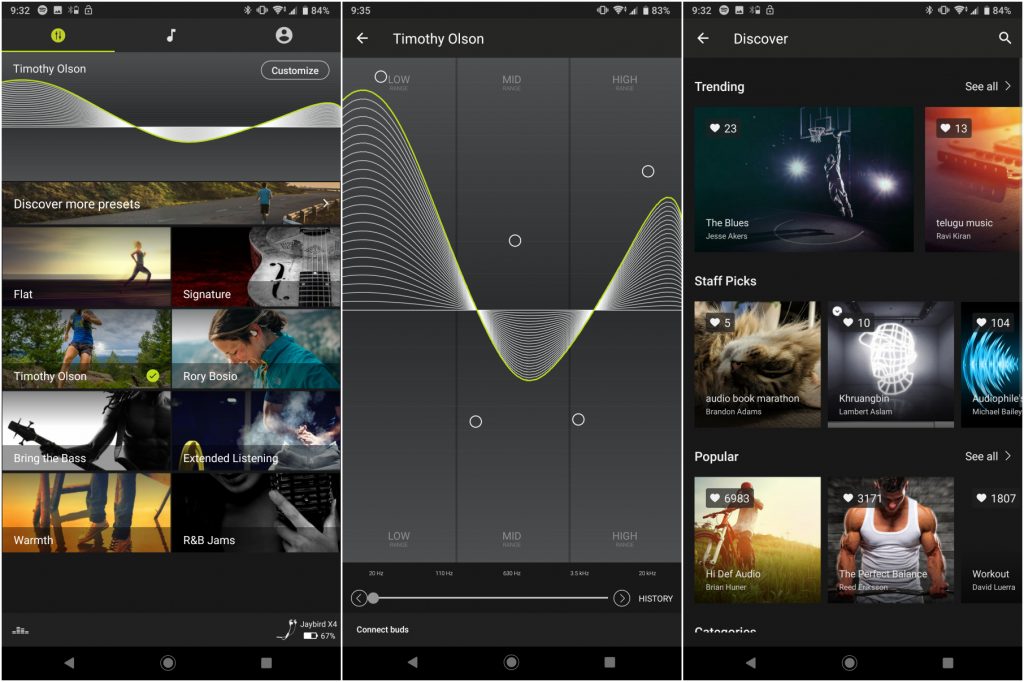 The best part about the entire Jaybird experience is the aforementioned MySound application. This allows you to fine-tune the EQ to your taste and updates in real-time to help you decide what is the best fit for your music.

Jaybird has really figured out how to create a set of great-sounding headphones. And that trend continues with the X4’s.

Other than sound and sweat-resistance, the next biggest question behind Bluetooth headphones is battery life. Jaybird claims that the X4’s will provide up to 8 hours before needing a recharge.

In our testing, we never really hit that 8-hour mark. Instead, we consistently saw between 6 to 7 hours of usage before needing to recharge.

What makes this even better is that Jaybird has finally hopped on the quick-charge train. The X4’s are capable of getting about an hour of listening time with just a 10 to 15-minute charge. If you are charging them after being drained to 0%, you can recharge back to 100% in just about an hour.

For this reason alone, the Jaybird X4’s are a must have for anyone looking for a solid set of Bluetooth headphones.

Jaybird has become one of the most reliable brands in Bluetooth headphones. The Jaybird X series is extremely popular and for good reason. While we have some quirks about the X4 headphones, primarily around the proprietary charging, these are still great. The Jaybird MySound app makes it extremely easy to tune these to your personal listening habits.

All-in-all, the Jaybird X4 is a great buy for anyone looking for a solid set of Bluetooth headphones. Even the $129.99 price tag won’t scare anyone away from at least considering these.

Be sure to sound off in the comments below to let us know what you think about the Jaybird X4. Are you going to pick a set up for yourself? Or is there another set of headphones that has your attention.

Grab this pair of Bluetooth headphones for just $24 today