As a self-proclaimed audiophile and home theater geek who loves using Google Assistant, the JBL Link Bar and its promise of an all-in-one Android TV soundbar with built-in Assistant had me beyond excited. Unfortunately, the reality leaves much to be desired. It was meant to be a “Jack of all trades” yet it is a master of none.

The first thing that struck me about the JBL Link Bar was how surprisingly light and slim it was. It made me question whether it would be able to produce any bass at all, which is important given that it doesn’t include a subwoofer. Later, I’d come to find out that looks can be deceiving, and it pushes more bass than I expected.

Given that the JBL Link Bar is more than a soundbar, it is also a fully functional Android TV box, it’s important that it has plenty of ports. Fortunately, JBL has included three HDMI ports with support for 4K HDR passthrough and a dedicated HDMI ARC port for connecting it to your TV. This will give you enough to connect three devices, such as gaming consoles, cable boxes, or a Blu-ray player to the soundbar. However, if you have more than three HDMI devices you’ll be out of luck. 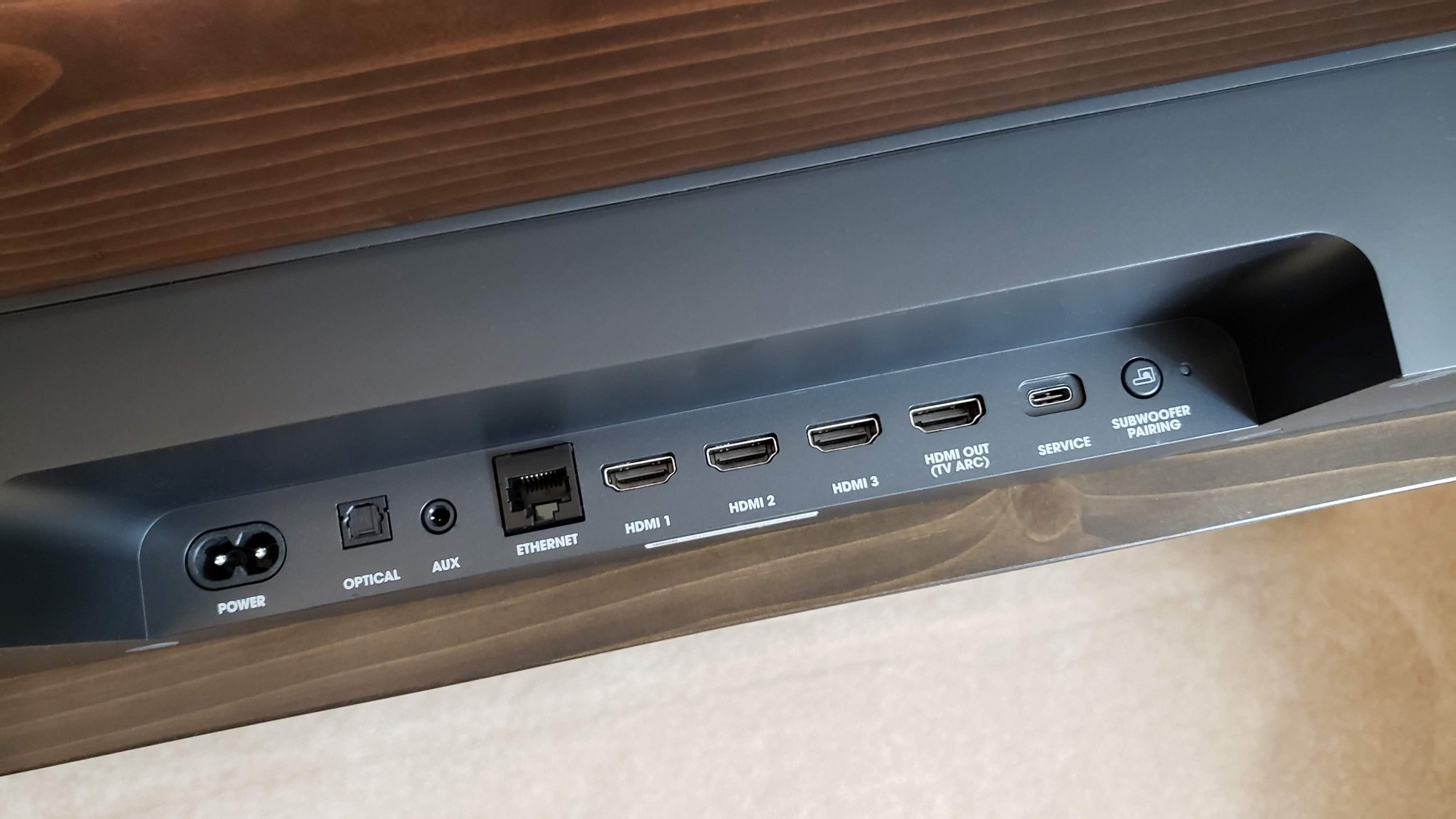 Along with the HDMI ports, the JBL Link Bar also hosts an Ethernet port, auxiliary port, and Optical port on the back. When it comes to storage, JBL left off anyway to expand; there is no microSD card slot and the USB-C port is for maintenance only.

It’s particularly disappointing because it only includes 4GB of storage total. This is much less than on the original Android TV box, the Nexus Player, which launched with 16GB of storage. That will make it difficult to load up with apps, especially any games.

When it comes to being a soundbar, the JBL Link Bar pleasantly surprised me. This is the first soundbar I’ve ever used that did not include a subwoofer, and I was concerned the sound would suffer significantly. It’s true, the bass was nowhere near what you’d get with a dedicated subwoofer, but I was still impressed with the oomph added to movies and music.

It sounded much better than I expected, giving plenty of stereo separation which lets you hear sounds clearly going from left to right or vice versa. Movie soundtracks were brought to life with a much richer and fuller sound than you’d be able to get from TV speakers alone. The only downside being that you won’t have the same impact a dedicated subwoofer brings to the party.

While that can be disappointing, it also makes this soundbar perfect for people who live in apartments, condos, or even those with roommates. Without the boombastic bass, you can still enjoy much better sound quality from your TV without disturbing others.

As an Android TV box

There’s no real getting around this, Android TV on the JBL Link Bar is a bit of a dumpster fire. It would crash on me and require a full reboot at least twice a week. This is quite frustrating when you’re trying to binge-watch a new series or have a movie night. 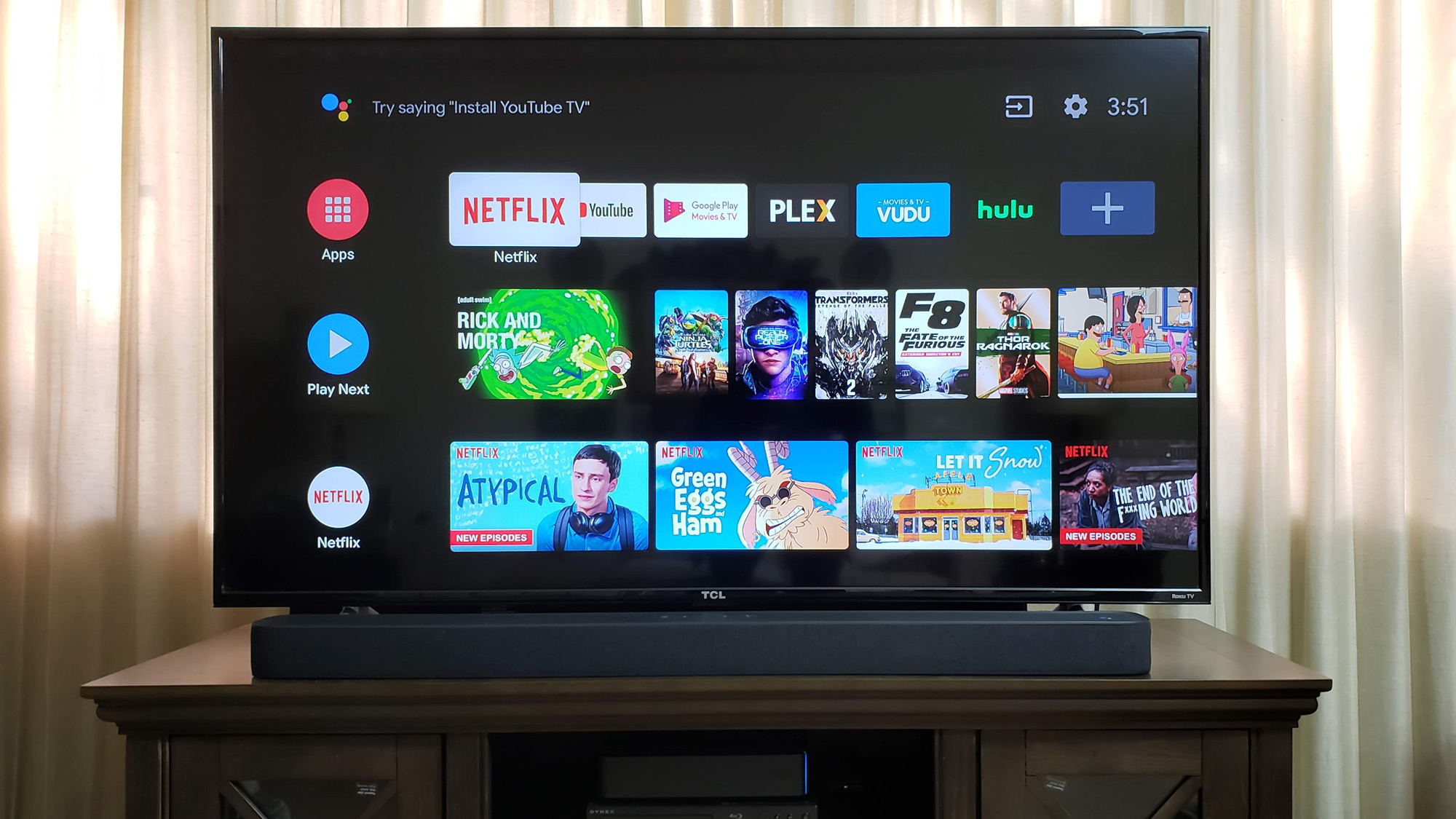 To make matters worse, the JBL Link Bar refused to play movies in 4K HDR via popular streaming apps like Vudu or Google Play movies despite supporting it. The good news is Netflix 4K HDR movies did continue to work. Sadly, the movies I purchased in other services or providers did not.

That in itself was not the fault of the JBL Link Bar but was an issue with the Android TV software. Even users of the popular NVIDIA Shield TV encounter this issue. It was later fixed and 4K HDR videos worked for a couple of weeks, but as of the time this post was published it is broken again.

While it certainly has issues, when the JBL Link Bar did function properly, it functioned well. I was able to use voice commands to summon up movies and TV shows. I could stream all my favorite movies and TV shows and they looked great.

The UI was snappy and, all in all, I was pleased when I wasn’t encountering crashes and bugs. The problem is that every time I started to enjoy using the JBL Link Bar a crash would come or I would get frustrated by voice commands taking forever to respond.

As an Assistant speaker

I love having Google Assistant speakers all around my house and being able to use them to play music, set reminders, check the weather, or control my smart home. I was excited at the thought of adding the JBL Link Bar into this ecosystem and it serving as the sole Assistant speaker in the living room.

Unfortunately, that’s just not possible and it comes down to one frustrating reason. That being when using the “Ok, Google” or “Hey, Google” hot words the JBL Link Bar is painfully slow to respond, especially when compared to other Assistant-enabled speakers.

It takes some real practice to get used to waiting a few seconds before giving your command. Then it starts to become confusing because that is the only device that requires a pause in your house. 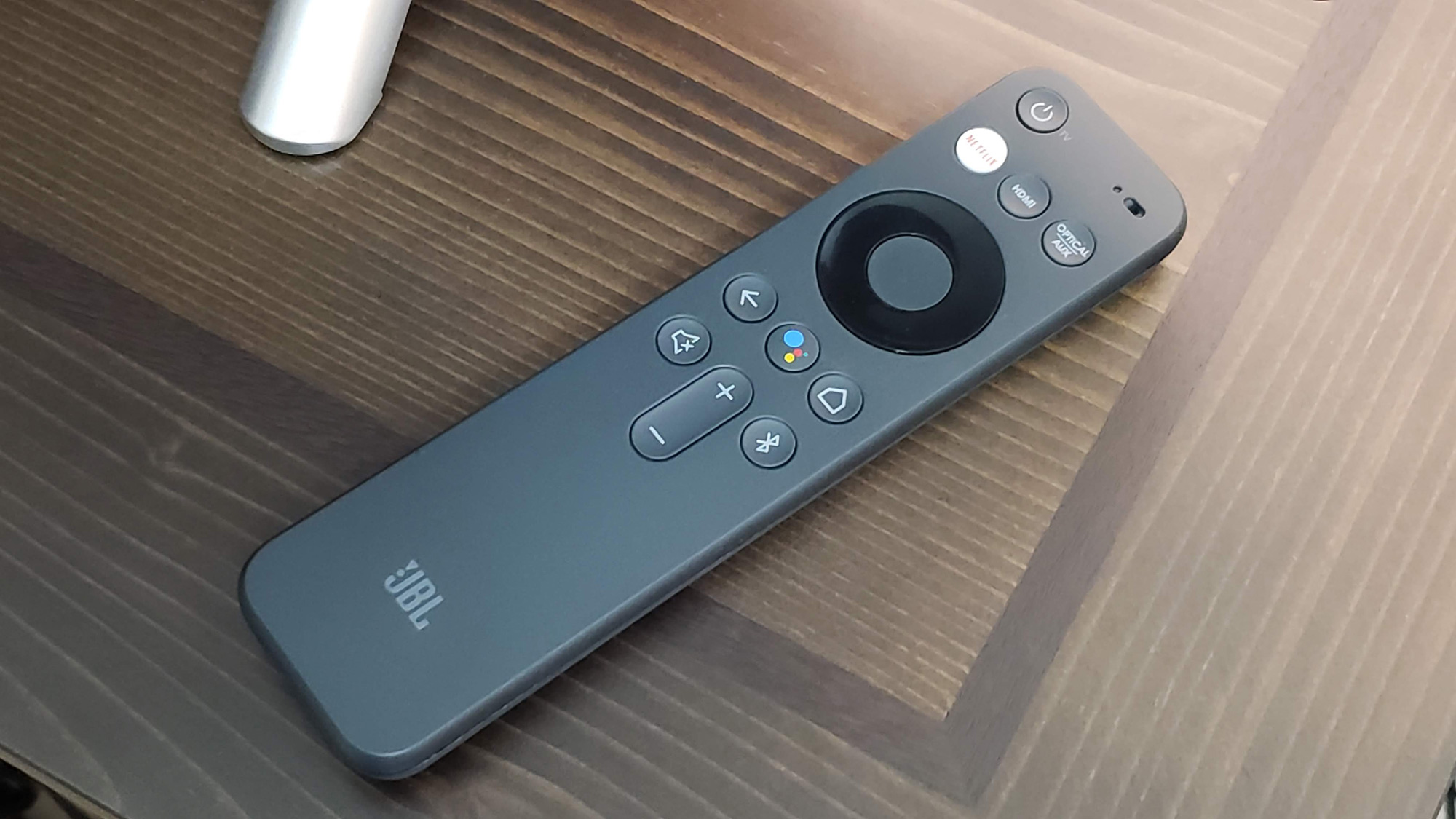 Inevitably, you’ll end up repeating yourself pretty often when using the Link Bar after forgetting to pause long enough after using the Google Assistant hot words. Ultimately, it became so frustrating that I opted to not even use it for voice commands. Unless I used the remote, which works immediately.

When it first launched, the Link Bar lacked support for speaker groups. This was a huge bummer for me since I wanted to use it as part of my whole-home audio setup. Around a month ago I discovered that had been fixed and the Link Bar is now an option to include as part of speaker groups. It took them several months to implement this but better late than never.

The JBL Link Bar was an ambitious product with a lot of promise. Unfortunately, it falls short. Most of the blame is due to buggy Android TV software which often feels incomplete for the experience it promised. It doesn’t help that it retails for $250, with additional $200 for the optional subwoofer. If the product functioned flawlessly, that wouldn’t seem too bad.

For that same amount of money, or even cheaper, you could get a better home theater setup by buying a soundbar with a subwoofer and an Android TV box such as the NVIDIA Shield TV. You’d still be subject to some Android TV bugs but at least the products would work more reliably and you’d get more oomph from the included subwoofer.

Despite all of the issues I encountered with the JBL Link Bar, I still really want to love this product. I’m hopeful that one of these days a software update will come along and fix most of what is broken or frustrating, making it the finished product it could have been.

I’d be even happier to see a second version of this device next year with more storage, a subwoofer included for the price, and bug-free software. Hopefully, JBL makes those dreams come true because an all-in-one soundbar is a fantastic idea. This one just left a lot to be desired.

Buy from Amazon Buy from JBL