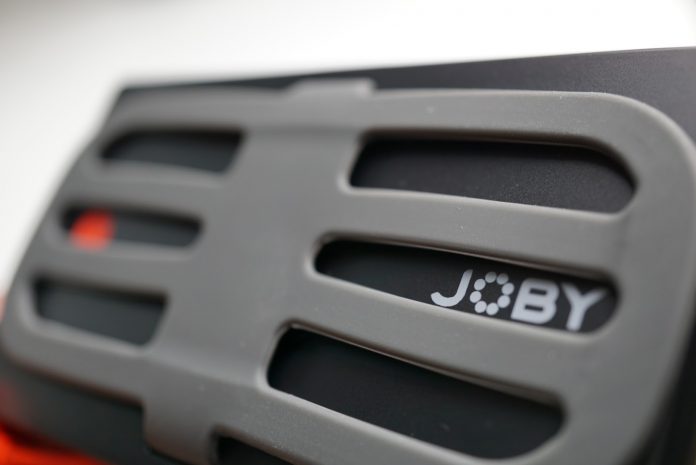 JOBY, the company behind the famous GorillaPod line of tripods has been diversifying as of late and has just released an intelligent battery pack. The PowerBand Micro will come in two versions, one made for iOS devices and the other for Android microUSB compatible devices.

This battery isn’t intelligent in the way hundreds of other batteries are with Fast Charging and wireless charging. It’s intelligent in its design with a simple silicone/rubberized strap built into the back of the battery that allows you to attach it to any smartphone and charge on the go. The iOS version costs $59.95 while the Android version comes in cheaper at $49.95. I’ve tested and reviewed over 10 portable power banks, and all of them ran into the same issue. I needed to connect them to my smartphone and set them down on a table or hold them both in my hand while they charged. This always made for an awkward situation if I needed to use my smartphone while charging on the go.

The JOBY PowerBand Micro power bank is rated at 3500mAh which is 100mAh less than the Samsung Galaxy S7 edge’s battery of 3600mAh. That means I can get about one full charge with the PowerBand Micro, and that’s pretty much what I saw over five cycles. Phones like the Samsung Galaxy Note5, Moto X Pure, and Nexus 6P all have 3000mAh batteries so the 3500mAh power bank from JOBY should easily supply over one full charge. 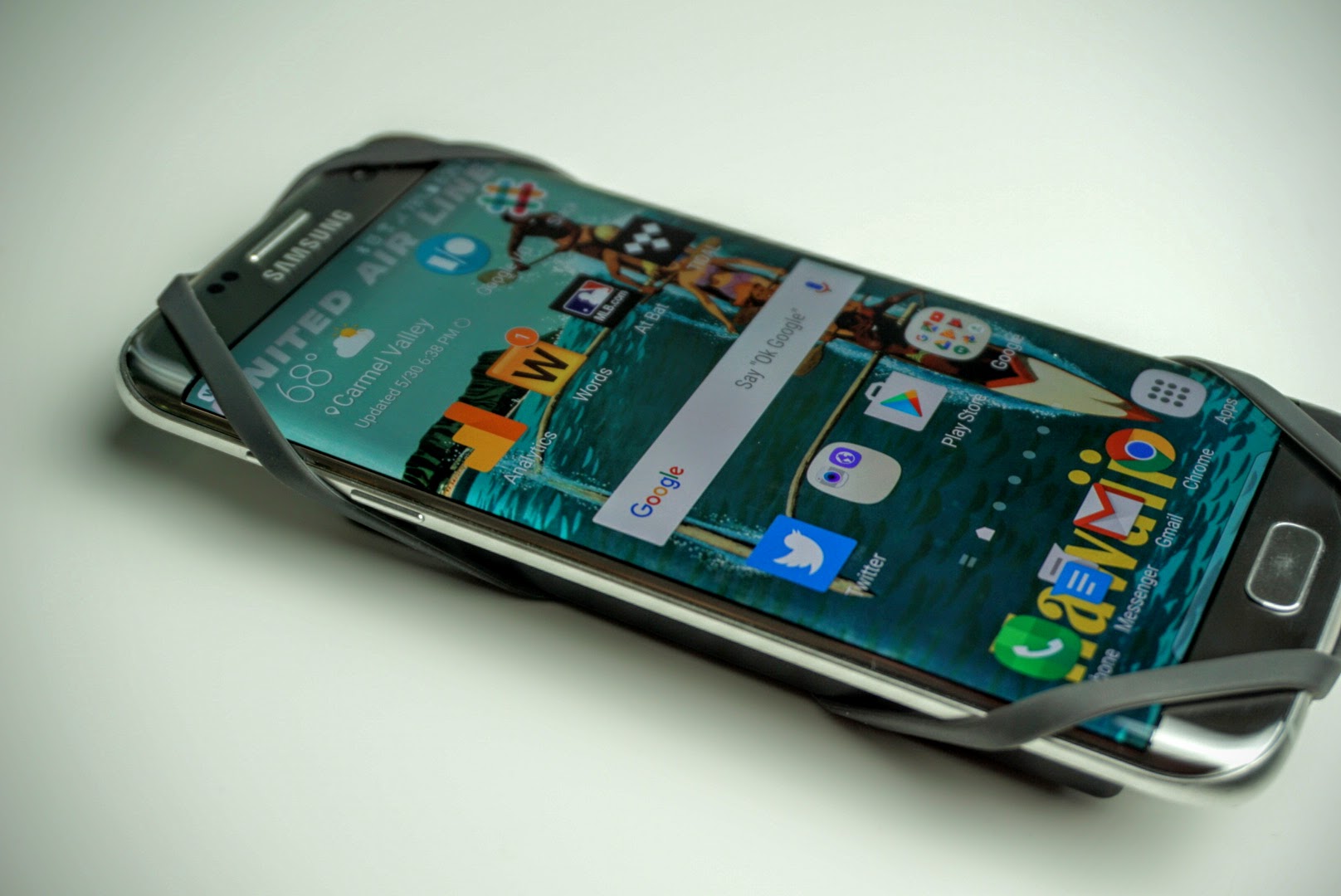 While you can get far more storage capacity in a power bank for your money, like the 20,000mAh ones found on Amazon, you don’t always want to carry around a one pound brick with you. Generally, most of us just need one additional charge throughout a single day, and the JOBY PowerBand Micro was designed specifically for us. It wasn’t designed to get you through one to two weeks of usage away from a wall outlet, instead it was designed for the everyday user who needs a little more power.

“With the JOBY PowerBand, we give users a versatile power pack that provides the additional hands-free power needed for their smartphones while also providing a solution that will grow with them as device form factors change.” said Tim Grimmer, vice president of Brand and Product for JOBY.

At 3.1 ounces, the JOBY PowerBand Micro is half the weight of my already light-weight Galaxy S7 edge. It comes with a built-in microUSB cable, with nothing but a power button, battery indicator lights, and a rubberized strap on the back. 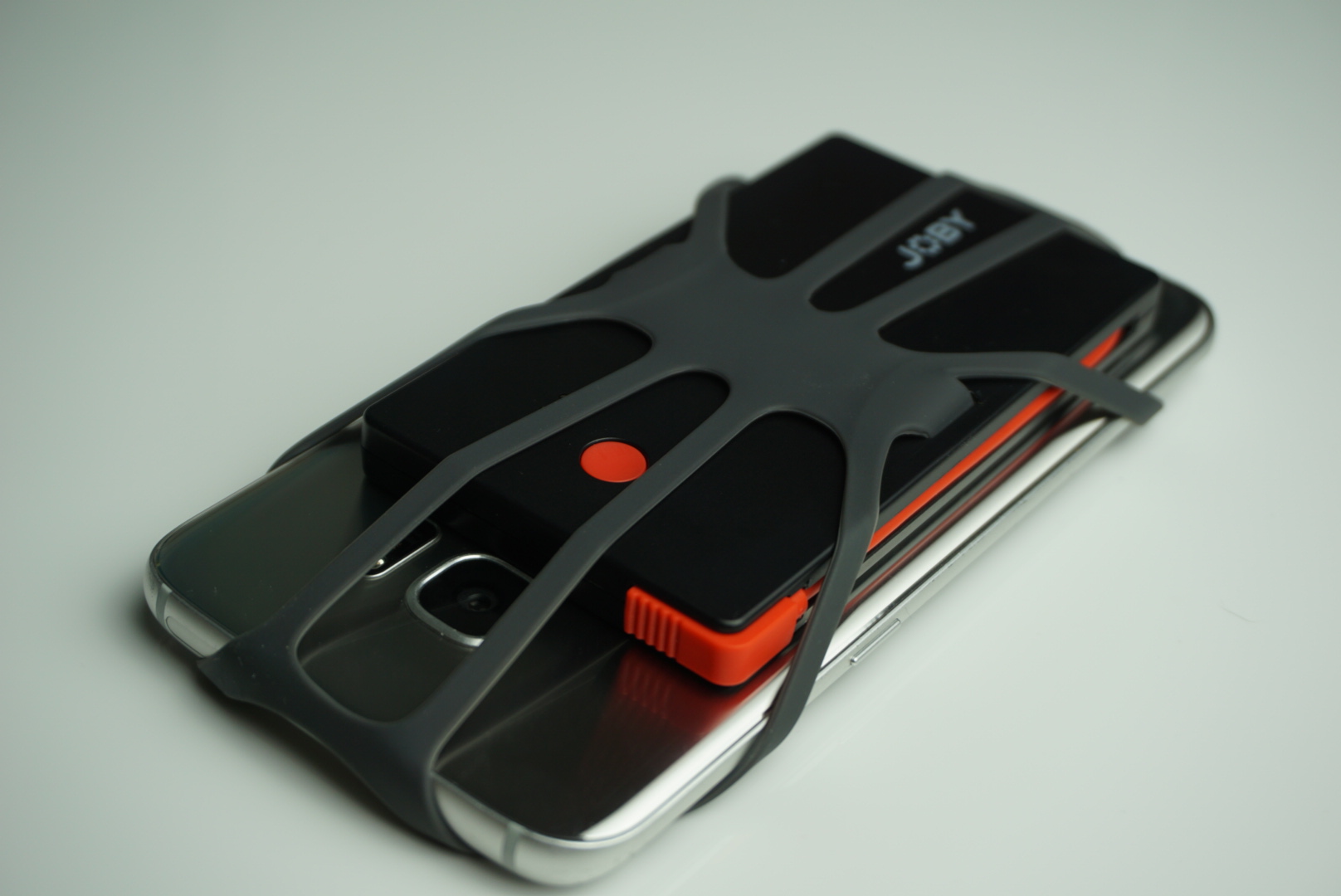 You can see in the images above how the PowerBand can be stretched to fit my phones. It’s extremely easy to use and provides a secure fit. You won’t get fast charging or wireless charging with this battery pack, instead you’ll get standard 1amp speeds. Another concern might be how the straps sometimes touch the front screen like they do on my S7 edge. 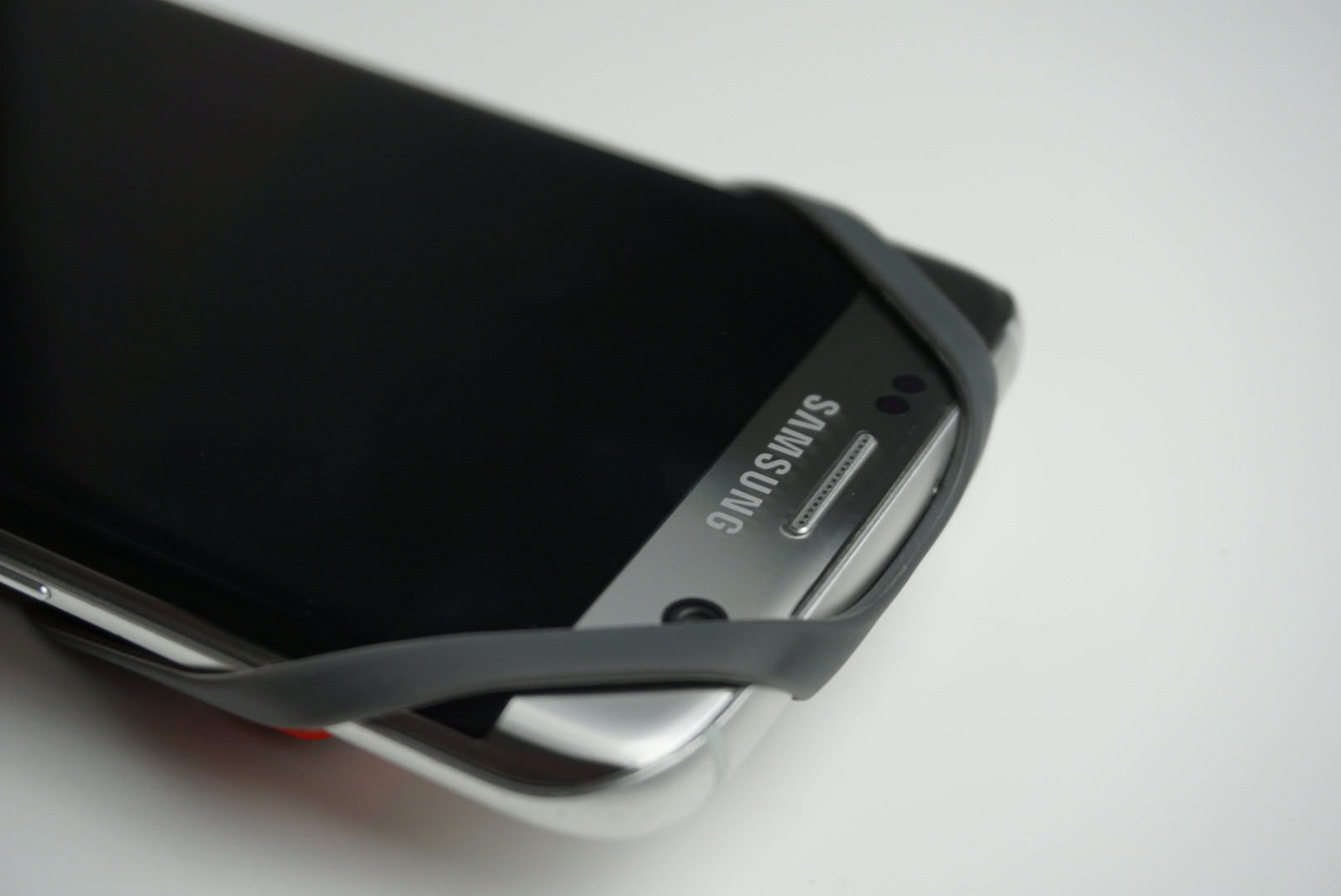 The strap doesn’t conduct electricity which means they will not, and do not affect the performance of the touch screen. However it does cover the corners which might be a distraction to some.

Priced at $49.99, the JOBY PowerBand Micro isn’t a whole lot of battery for the money. However, if you are the type of user who just needs a charge to make it through your commute or work day, the convenience of the strap is extremely nice to have.

JOBY is a reputable name when it comes to accessories and I have no doubt that the PowerBand Micro will be a goto battery for my daily needs for many years to come. It is right sized for my lifestyle and I’m thankful I no longer need to carry excess weight in my pockets.

If you’re interested in picking one up for yourself, head on over to Joby.com to learn more.