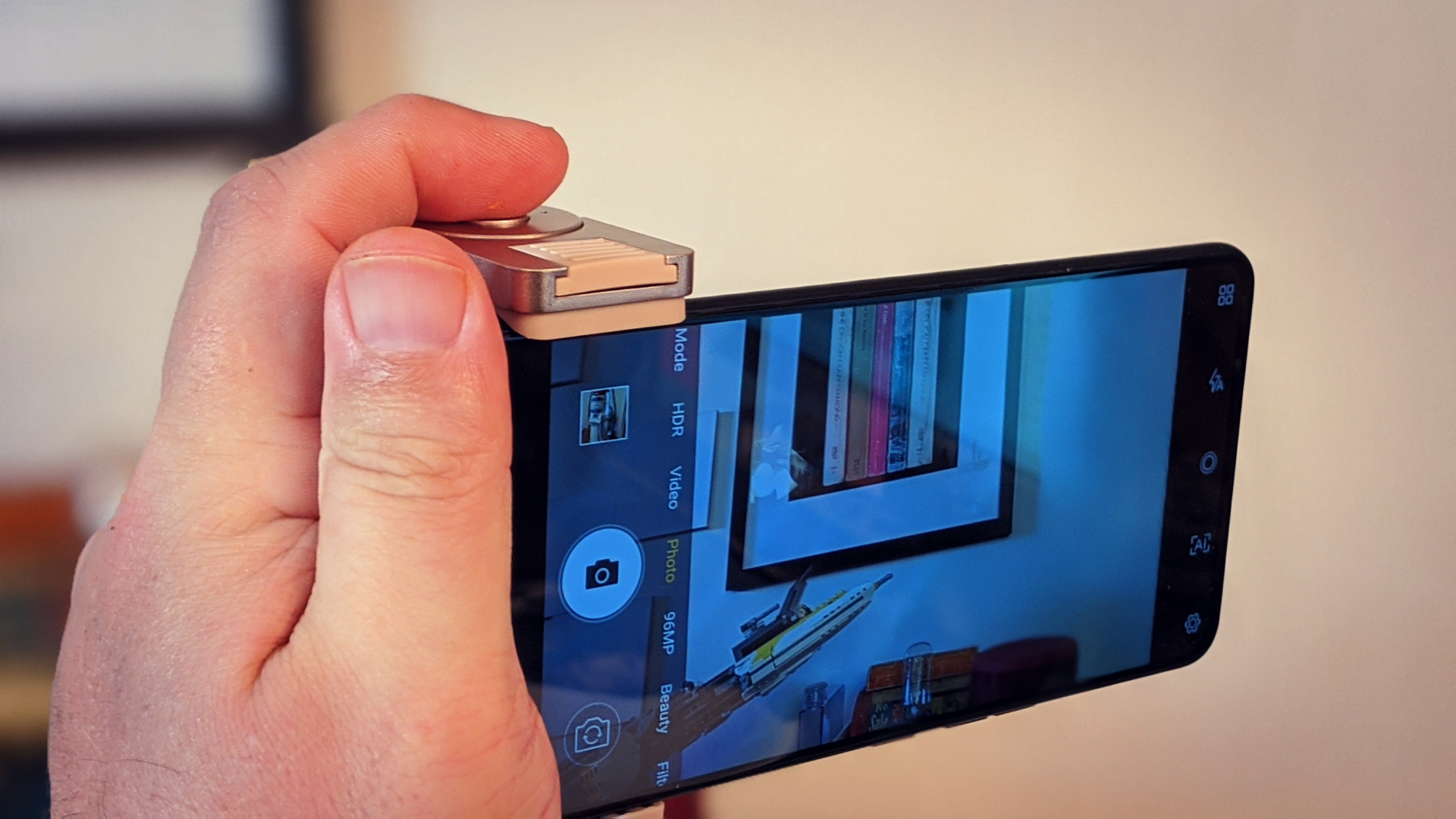 There are seemingly endless ways in which we use our phones today, including pictures, videos, social media, and live broadcasts. After all, we live in the age of influence and everyone wants to be a star, right?

Having the right equipment can go a long way to ensuring you properly capture your pictures and videos. Fortunately, it doesn’t cost very much to get started with something that’s helpful and practical.

Take the ShutterGrip 2, for instance. Currently in the starting stages of its crowdfunding campaign, it’s already hit twice its Kickstarter goal. We’ve received an early look prototype of the ShutterGrip 2 and it’s pretty obvious as to why it’s doing so well. 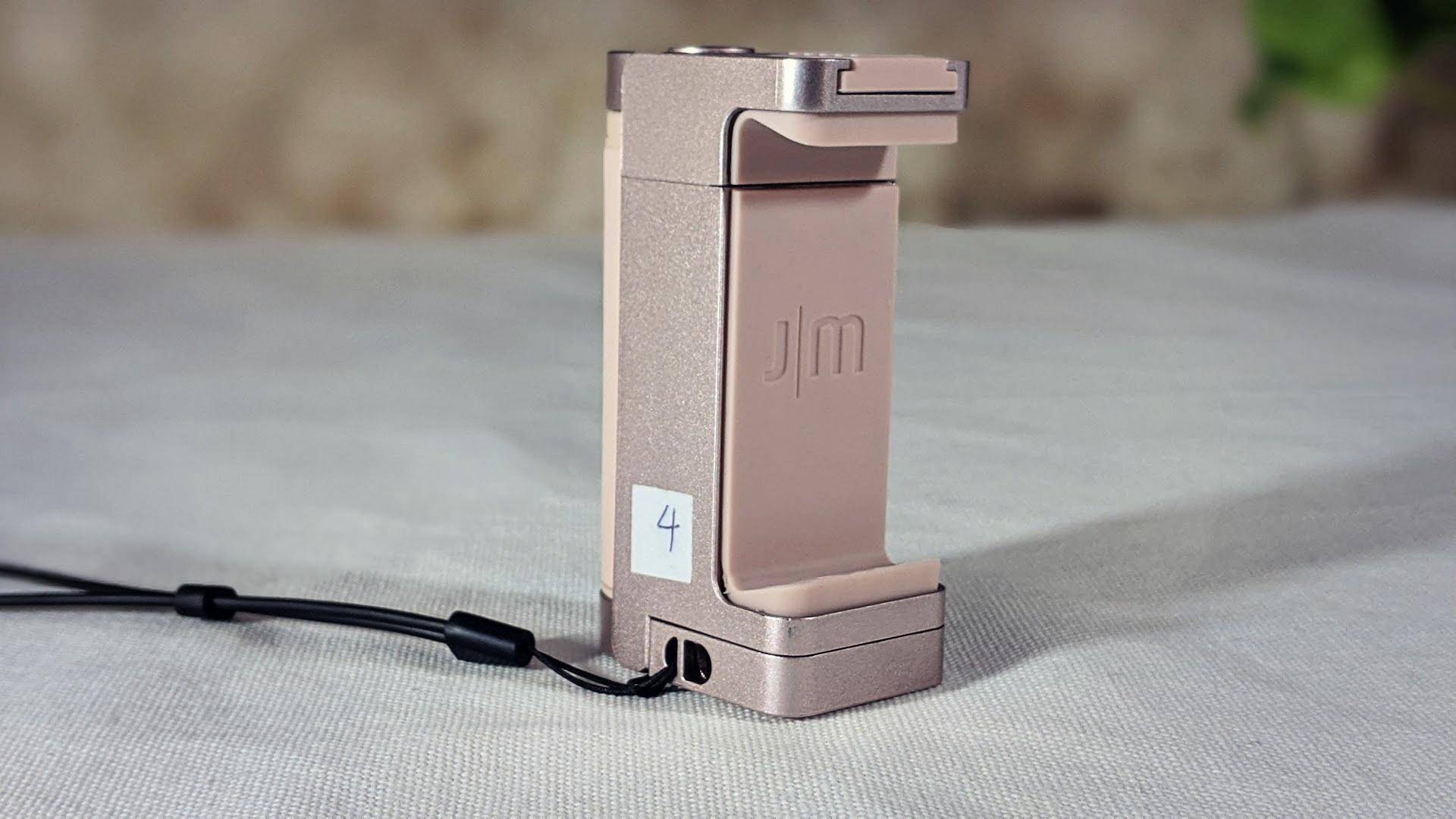 What is the ShutterGrip 2?

There’s no specific place to start when discussing the ShutterGrip 2, just as there’s no particular way to use it. It’s a great all-in-one accessory that makes capturing video and photos easier.

As to how you might use it, that’s up to you. Want a small selfie stick to take wider shots? How about a Bluetooth remote that activates the shutter? No problem.

You can also use the ShutterGrip 2 as a clamp-on accessory that provides a physical button for snapping pictures. It gives you a thicker grip and camera-like feel that’s more intuitive. This is a terrific feature to have when so many devices employ software buttons.

If you’re taking pictures with slow shutter speed, such as night shots, you’ll want to remain completely still. The ShutterGrip 2 also has a standard 1/4-inch cold shoe mount which can screw into your tripod or monopod. Likewise, you can flip it over and use the same mount to screw in an external light or microphone. 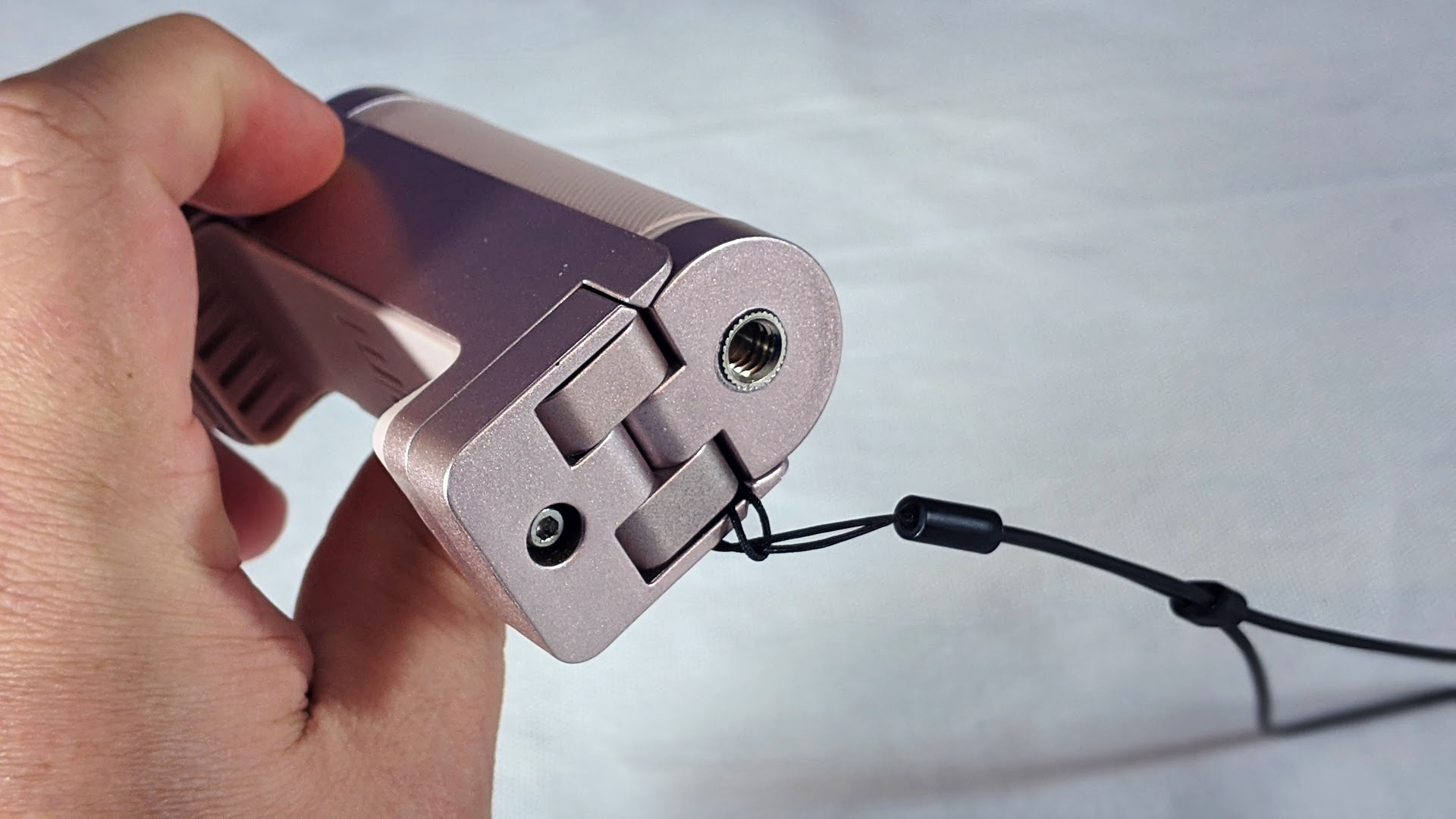 What else should we know about the ShutterGrip 2?

There are a number of moving pieces on the ShutterGrip 2, each of which is tightened by a hex screw. To that end, there’s a tiny wrench that’s hidden away and easily removed. If you ever feel any of the hinges getting loose, simply tighten them up. Or, loosen them a smidge if you want more play so you can be creative with your shots.

If you flip the side arm out and fully extend it, you can put about eight inches of space between you and your phone or action camera. This makes a big difference in selfies but helps with standard shots, too. It’s much easier to hold to the arm than a flat plate of a phone.

The remote shutter button pairs via Bluetooth 4 and uses a removable CR2032 lithium battery. According to its manufacturer, Just Mobile, the battery will last up to six months of continuous usage, or offer a standby time of 18 months. To help it last longer, the button automatically turns off after 10 minutes of inactivity.

In many cases you can use the ShutterGrip 2 as a tripod or stand for your phone. If you do, you’ll want to center it to the handset and avoid clamping onto any buttons. 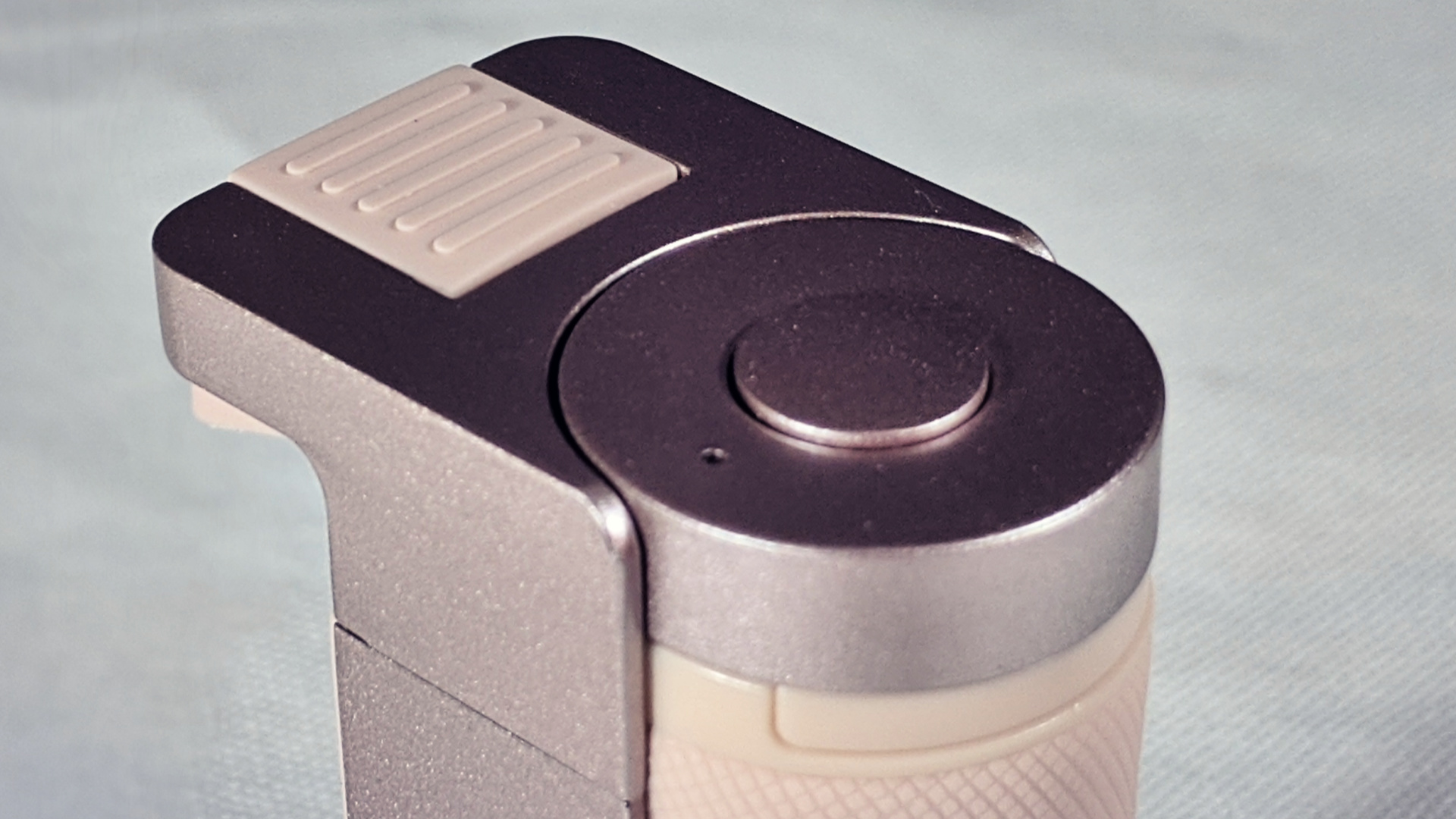 We really enjoyed our time with the ShutterGrip 2 as it’s one of those devices that speaks to different needs. It’s lightweight and doesn’t require any setup. Even if you go with Bluetooth pairing for the shutter, it’s a quick and painless process.

The clamp had no trouble fitting the various phones we used, even with protective cases. Now, this isn’t a blanket endorsement for all handsets, but we feel pretty safe suggesting it for most of the phones on the market.

The shutter button is removable and we dig that. Having remote access to the shutter is great, especially if you’re mounting the ShutterGrip 2 to a tripod. It’s a small disc that hides away in the palm of your hand but it also has two handy places where it fits on the extending arm. 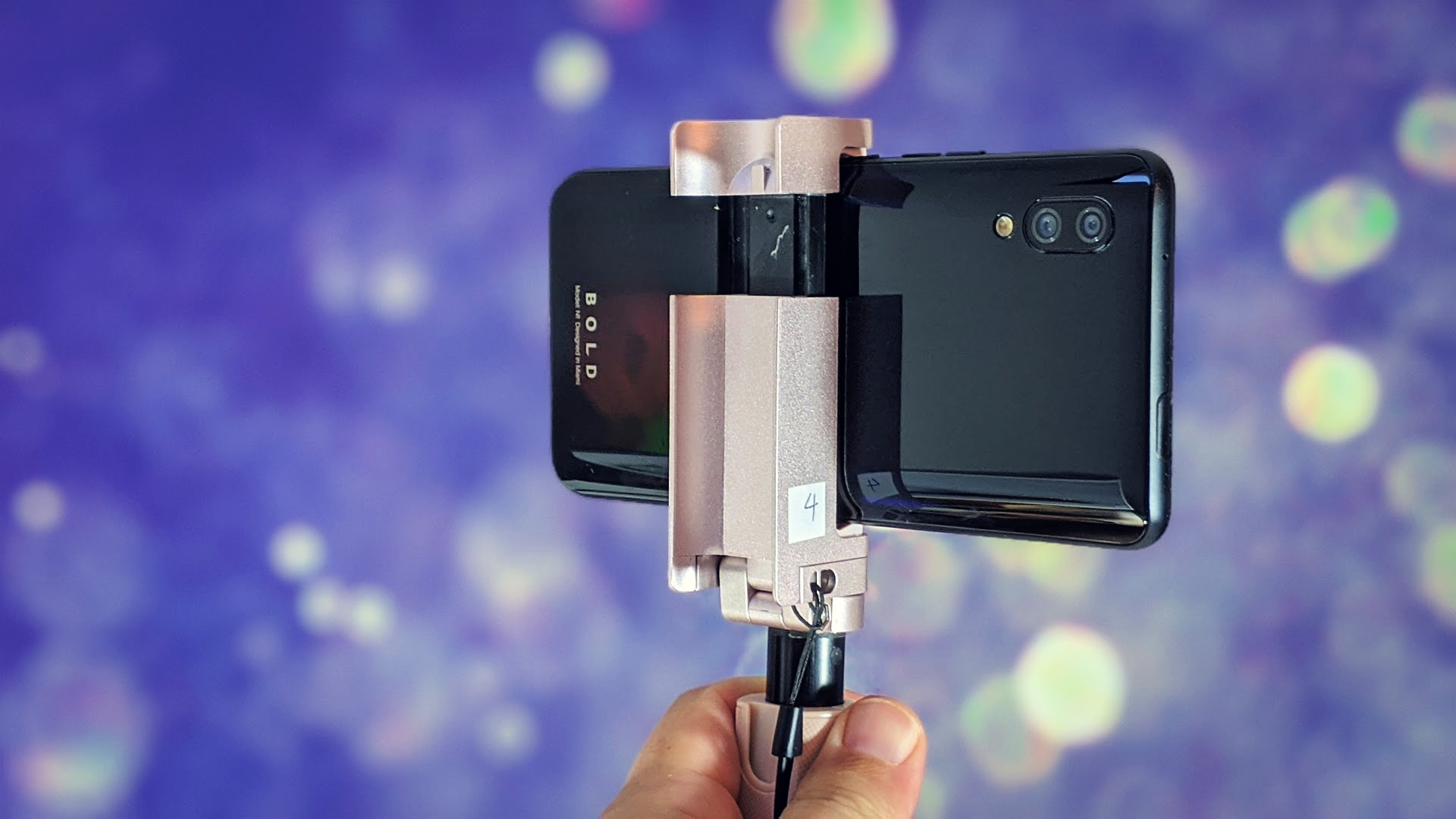 When it comes to mobile accessories it’s not often that you find something that’s flexible, practical, and affordable. Typically you get your pick of two, but the third one falls to the wayside. The ShutterGrip 2 is all three.

Given its size and weight, we can easily see the ShutterGrip 2 being one of the first accessories we grab for a day at the park or a weekend getaway.

There are other products in the space that seem to do most of what’s possible here, but few have the same all-in-one appeal. Each of the features feels thought out, intentional and built with care.

As of today, the ShutterGrip 2 is just getting started with a Kickstarter campaign. It took less than three days to double its goal and looks to be well on its way to runaway success.

Pricing looks to be about $50 for the accessory, but early backers can save a pretty sizable percentage. Indeed, you can receive up to $15 off the ShutterGrip 2, or snag one as low as $35. Choose from Silver or Pink Sand.