One of the biggest problems in our modern age is how to keep your power hungry phone’s battery charged. Zerolemon looks to remedy this problem with their line of extended batteries. I’ll be specifically looking at the extended battery that they offer for the LG G3. However, they offer similar products for many Samsung, LG, and even iPhone models.

Zerolemon makes two types of battery and cases. The first type, which I’ll be reviewing on the LG G3, replaces the phone’s internal battery and back door. This type of extended battery is used with a shock absorbent case, which consists of a plastic shell wrapped in a soft rubber case.

The second type of case will be very familiar to iPhone users who have purchased extended battery cases in the past. This type of case has the battery built into the case and works by plugging into the phone’s power port. This is not efficient as the first type of case but is a great solution for people that do not have a removable battery, such as iPhone and current gen Samsung owners.

The Zerolemon extended battery is fairly simple to install. However, on the LG G3, it can be a little tricky as the battery terminals are slightly recessed and the external battery can and will bend the phones charging pins if installed incorrectly.

This actually happened to me and I had to take a small screwdriver and carefully bend the charging pins back out. In order to properly install the battery, you’ll need to first disassemble the case, which will come fully assembled from the factory. Unfortunately, there were no instructions included so, I had to experiment a little. I found that the easiest way was to pull on the tab that covers the charging port and then separate the rubber from the hard plastic shell.

From there is was a cinch. The hard plastic case comes apart fairly easily and then snaps into place around the phone. From there, just drop the battery in. You’ll need to make sure and drop it straight down or you risk bending those pesky charging pins. This is probably the trickiest part of the entire setup process.

After you drop the battery in, you’ll want to turn on your device to make sure that you have a proper connection. Once you’ve verified that the phone turns on, you’ll need to wrap the rubber portion of the case around the hard plastic shell.

The final step is to charge the battery fully. If you have a phone that supports fast charging, then this process will take a few hours. If not, then this can take all night.

Battery life: The battery for the LG G3 comes in at 8,500 mAh and under moderate usage I found that the battery would last me approximately two days. Under heavy usage with the screen at full brightness, I could make it through the day and night before I would need to charge the battery again in the morning.

The battery took several cycles before I could squeeze 2 full days out it. At first, it seemed like I could only make it through the day and would end up around 30% – 35% battery life remaining at the end of the day. I was ecstatic to get even that compared to the stock battery that seemed to live on the charger.

Case and holster: Testing the case is always a tricky thing as I don’t think that anyone wants to intentionally drop their phone to test a case. In my case, there were several unintentional drops and the case not only protected the phone, but there were no visible marks on the case afterwards. It felt a little hefty, but it was easier to hold than the phone without a case, so I don’t mind that so much.

The holster is amazing and it really shows how well thought out the Zerolemon products are. First of all the phone fits into the holster in any direction. Screen facing out or screen facing in and it’s omnidirectional.

Secondly, the holster doubles as a stand for your phone. The phone can be placed in the holster with the screen facing out and the belt clip can be secured in the open position.

The belt clip can also rotate 360°. Not only does this help position the angle of the screen while using it as a stand, but it helps to adjust the holster from a horizontal to a vertical position when clipped to your belt. 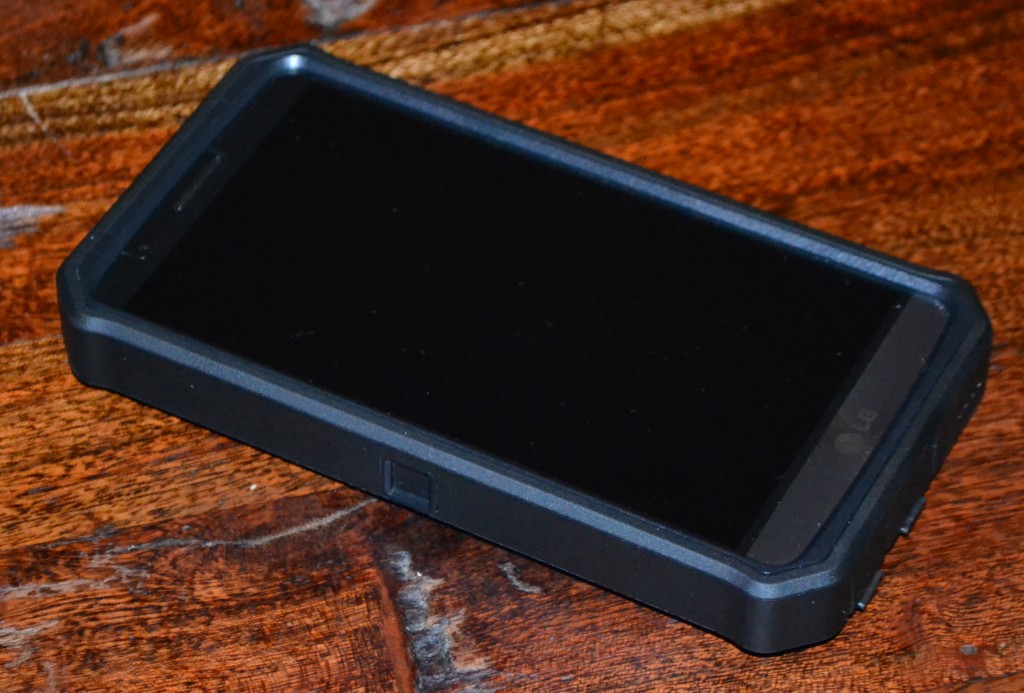 In short, I love this case. Yes, it makes the phone a little heavier and bulkier, but not having to leave it on the charger all day more than makes up for the added heft.

While this case certainly is bulky, it’s not much more than you would expect on a heavy duty Otterbox case and it comes with the added benefit of extra battery life.

If I was to nitpick a little, then the only downside to using this battery is that you loose the NFC capabilities that are built into the factory battery door, but there is a workaround that I will cover in another article which will not only give you back the NFC capabilities but will also add wireless charging.

What do you think? Could you use an extended battery? Let us know in the comments.

Looking for an affordable battery pack? Check out these deals