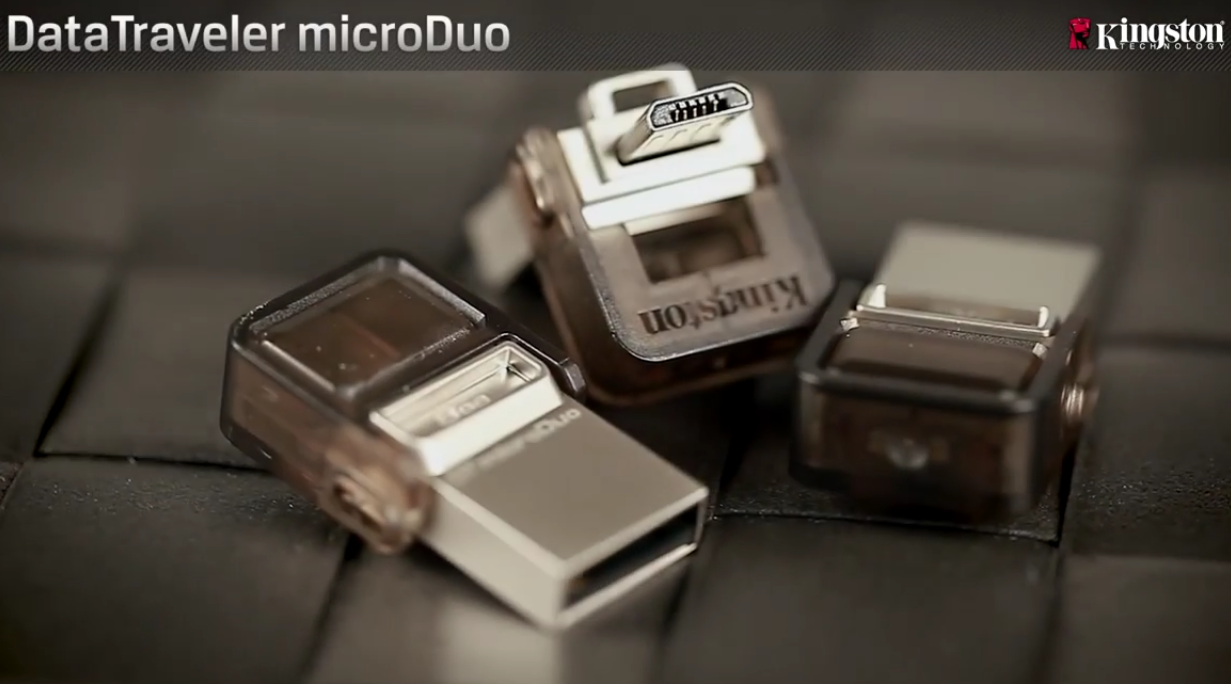 The Kingston DataTraveler microDuo is an amazing little device that answers a desperate need. At first glance the device looks like an ordinary thumb-drive, but upon closer inspection, you can flip back the plastic cover on the end to reveal something that is so awesome, I dare-say it’s…

That’s right, a MicroUSB tip which can be inserted into and read/written to by any current device with USB OTG functionality. I don’t know if you’re like me, but when I switched from a Samsung to a Nexus device, I was extremely apprehensive about losing the peace of mind I felt by using MicroSD cards. Sure I’ve had USB OTG cables for about as long as they’ve been around, but who wants to carry that around everywhere? Not this guy.

This is one of the best feeling little USB sticks I’ve owned as far as durability goes. Usually when I get a new thumb drive I know will primarily be residing in my pocket, I just know that after a month or two, it’s going to be falling apart, I don’t feel that way at all with the microDuo. The actual device is made of metal and even the flip-open MicroUSB cover is made from a sturdy-feeling plastic, which isn’t at all brittle.

For speed, I was able to transfer 1 GB of photos from my phone to the drive in just under 2 minutes, and about the same speed pulling the photos over to the computer.